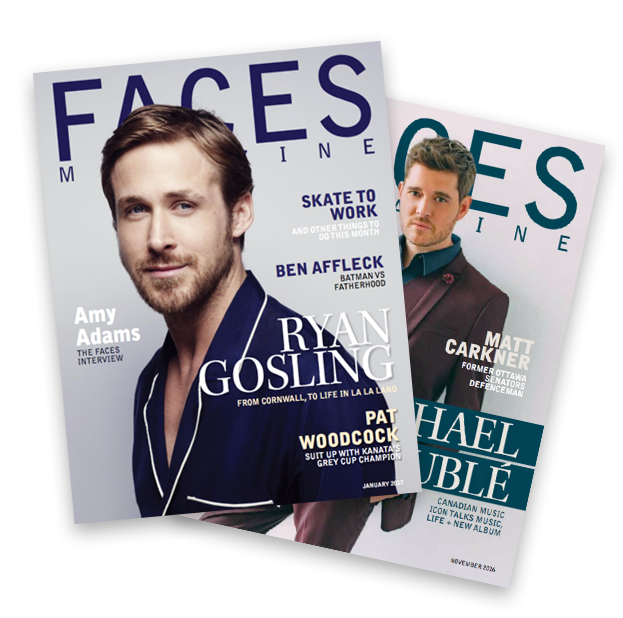 Faces Magazine is Ottawa’s premier monthly publication that showcases the people, places and events that make Ottawa such a world-class city.

Each issue is complimentary – and features local events, photos from around the city as well as a variety of fashion, health and fitness articles.