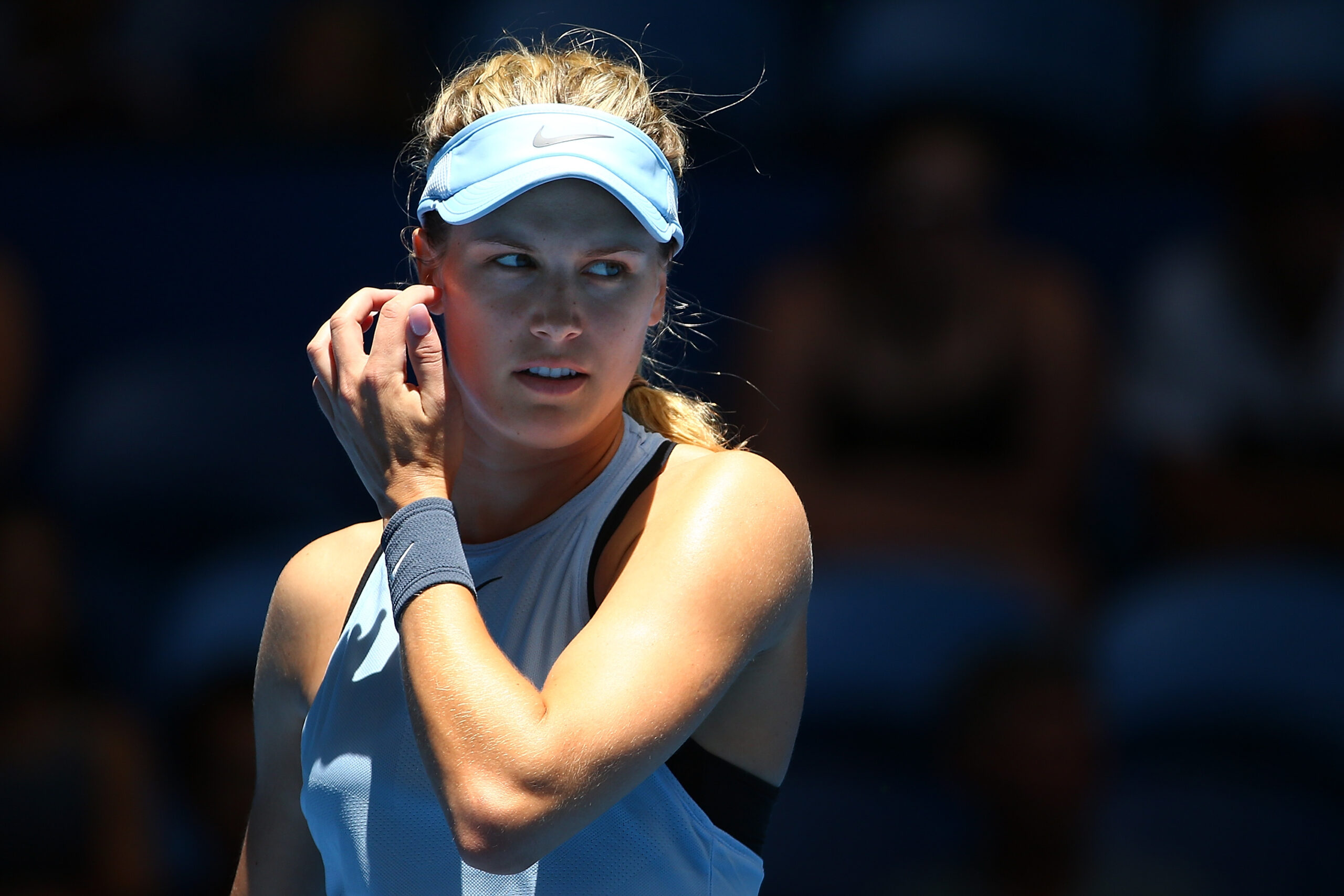 Eugenie Bouchard is among the greatest tennis players in Canadian history. No Canadian has ever accomplished what Bouchard has, and she’s done it at such a young age.

Bouchard has matched her on-court success off-court; appearing in magazines and ad campaigns. Despite her successes, Bouchard faces criticism by some ‘fans’ for daring to have a social life.

The last few years have been difficult at times for Bouchard. But a recent semi-finals finish in Luxembourg has renewed optimism. Bouchard is on track to reclaim her place on top of the tennis world. Her millions of fans and her country are behind her. 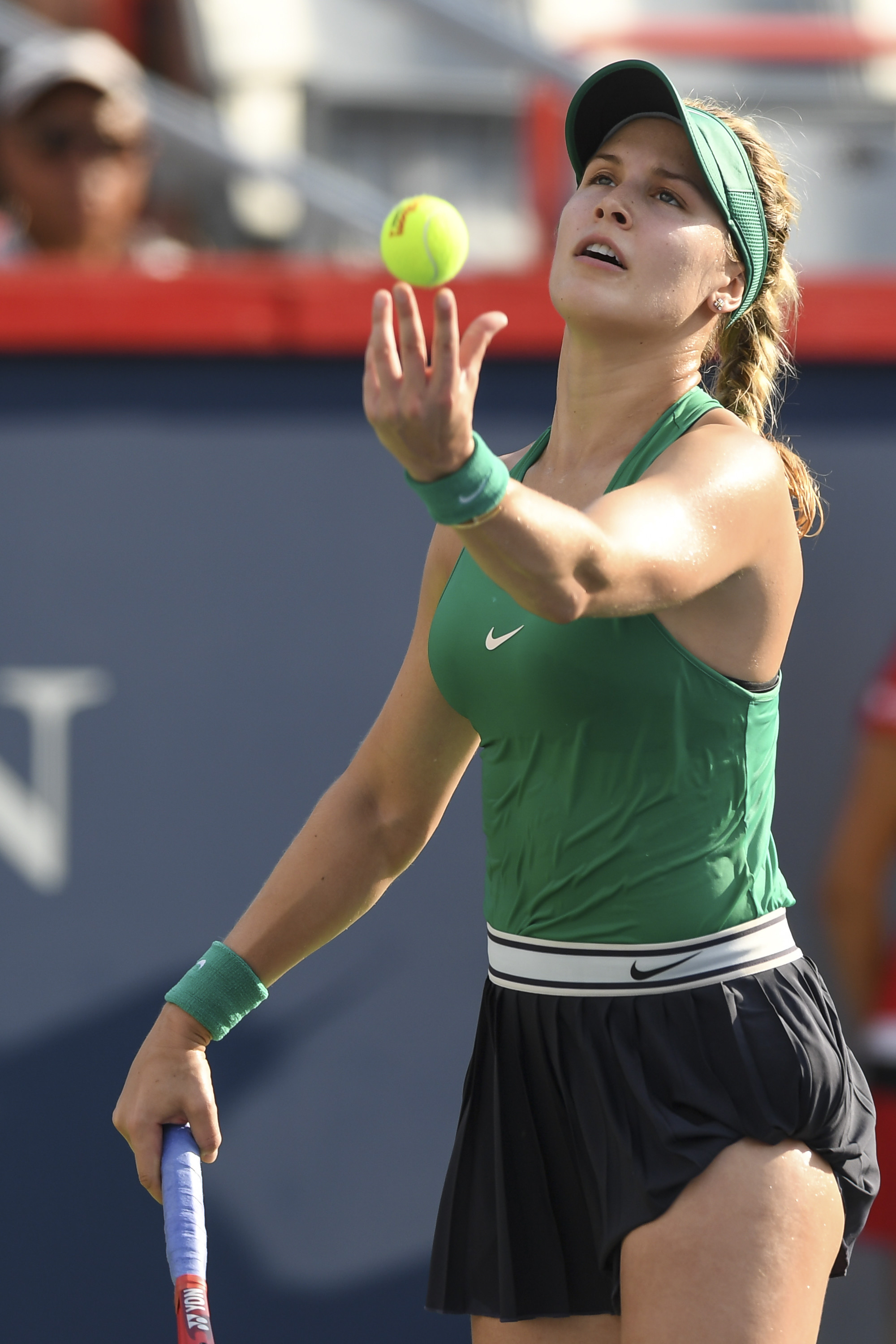 What is the Holiday season like for you? Do you get to come home to Montreal to see your family and friends?

I try to visit Montreal for a few days around Christmas so I can visit my family. I don’t always get to because some years I have to fly to Australia early to start the season.

What are some of your favourite memories of Christmas growing up and what about the season do you look forward to most?

Being with my family and seeing everyone all together is the best. It’s the only time of year that everyone is in the same place!

I think someone gave me a water bottle one year, that was pretty bad. I, on the other hand, always give amazing ones.

Do you have a favourite Christmas movie and/or Christmas song?

Our family has an epic Christmas playlist that we blast on a continuous loop throughout the house. It obviously includes Mariah Carey and Justin Bieber’s Christmas albums.

Are you someone that makes New Year’s Resolutions? If so, what was yours last year, or what will be your 2019 New Years Resolution?

I don’t make resolutions, they are things I try to do all year long anyway. Try my best every single day.

Are you a big Netflix fan? What are some of your favourite shows you’ve seen over the last couple years?

Netflix is a must for someone who travels so much like me. Recently, I’ve been into Riverdale.

What is the best concert you’ve ever seen live? Who are some of your favourite artists?

Taylor Swift 1989 concert hands down! I knew every word to every song so that made it super fun.

If you could go back in time and speak to yourself right before you won Junior Wimbledon, what advice would you give yourself in 2012, with everything you’ve experienced and learned over the last 6 years?

I probably wouldn’t say a word to myself before Junior Wimbledon 2012 because that worked out great! (Laughs) 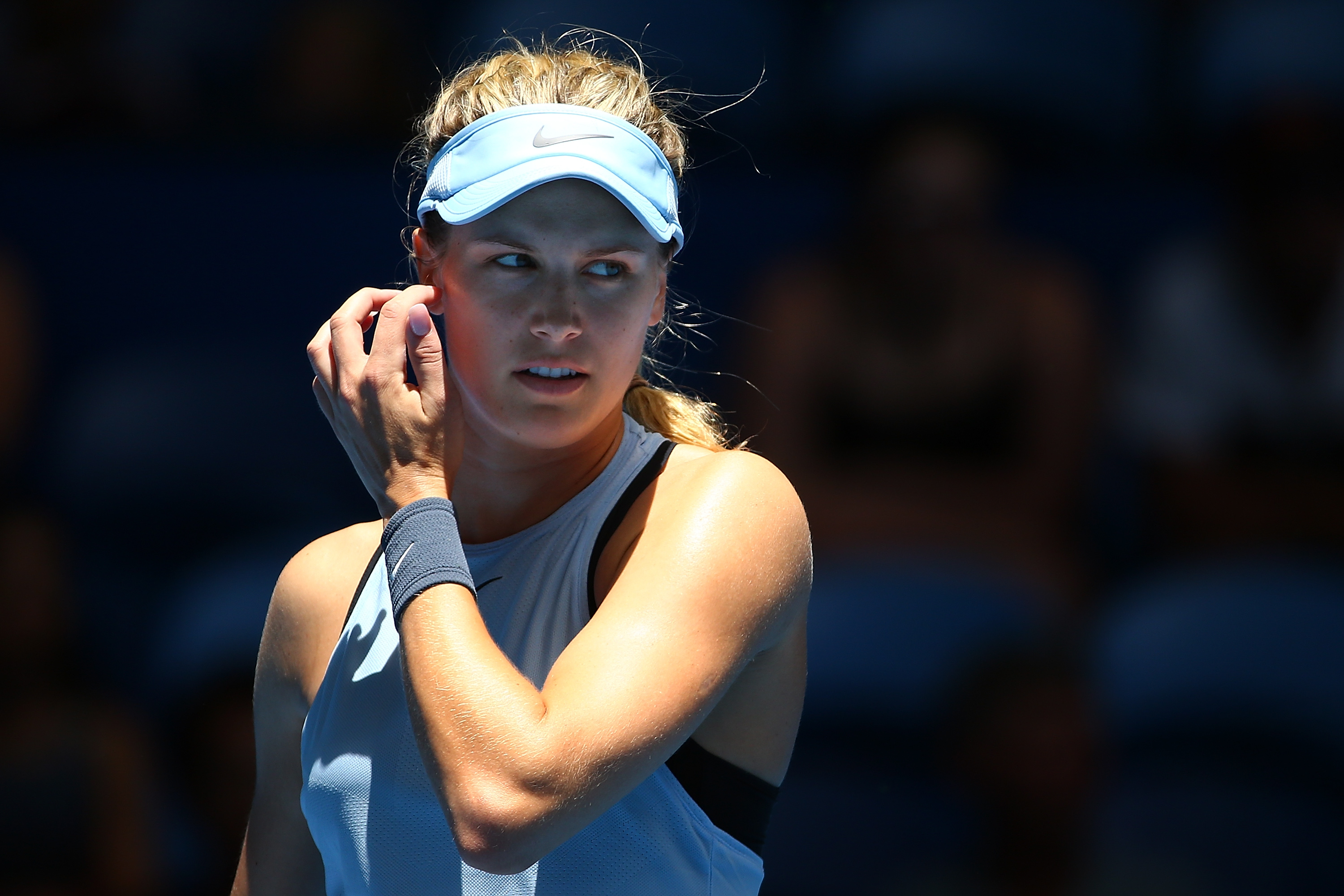 You interact quite a bit with fans on social media, do you ever read your mentions? If so, how do you handle it? Do you laugh and enjoy it like most celebrities do on Jimmy Kimmel’s Celebrities Who Read Mean Tweets, or does it ever get to you?

I try to take it in stride, mean comments are actually a reverse compliment. There are always going to be jealous haters. I can’t make everyone happy so I just try to do me and ignore the rest.

Who is the first person you call when you’ve had a tough day–and why do you always call that person?

My mom, for sure! She’s been with me through everything, all the ups and downs of my life and career.

What accomplishment in your career are you most proud of to date?

Making the finals of Wimbledon in 2014.

You seem like someone who is very into fashion. Do you have any favourite designers?

I’m  really  into fashion.  In terms of high  end fashion, I’m a  Chanel girl. I also love  Vetements, a French fashion  house,. They have super cool oversized  alternative pieces. You can also have style  at every price point, so for basic pieces I  love Mango.

What is a fashion mistake that you’ve seen too many guys make?

I think a sense of style is really important for a guy. I like when he looks put together, when you can tell he thought about his outfit. If he wears cargo shorts and flip flops, I know he didn’t take time to think about it.

Heading into the 2019 tennis season, what are your goals and expectations for yourself?

I don’t want to put any expectations on myself except to do everything in my power to be the best tennis player I can be.

Before your matches, do you have any particular rituals or superstitions?

I’ll usually eat the same thing for breakfast everyday in the same tournament.

Favourite thing to eat after a match? Is Pizza dipped in soy sauce actually good?

I always eat protein and carbs after I play. I’m a salt person so pizza and soy sauce is a dream combination for me. When I posted about it I was so surprised at the huge reaction it got! People thought I was crazy for doing that. 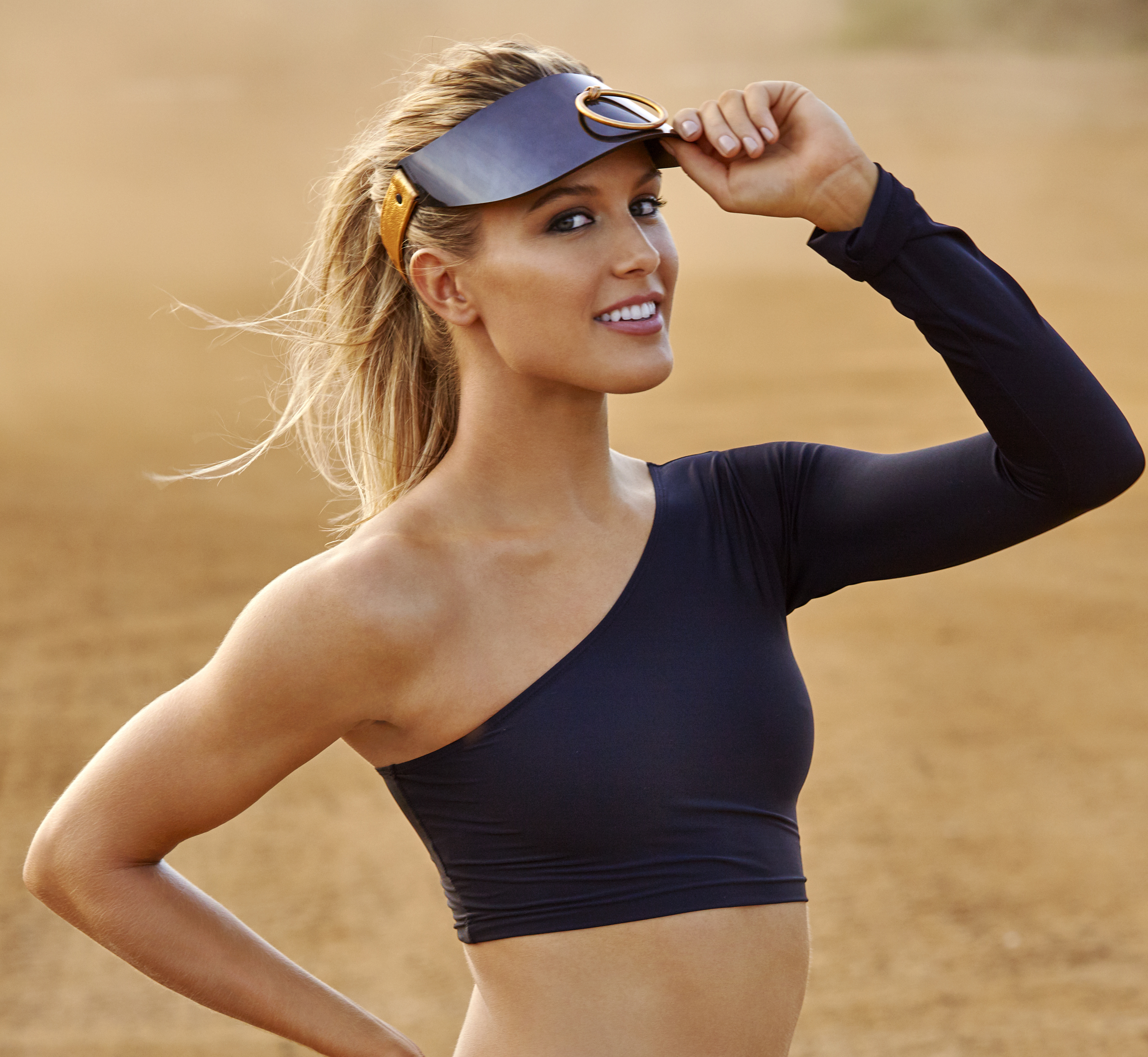 You’re the only Canadian woman in history to ever be ranked in the top five in the world. You’re also the only Canadian tennis player to ever appear in a Grand Slam Final. These are both incredible accomplishments that came at such a young age for you. What does it mean to you to know that you’ve achieved things no other Canadian has ever achieved in your sport?

It’s very special to me. I’ve always had dreams to reach success but it’s always surprising when it does happen. I knew I had it in me to do it, but it’s still amazing when your dreams become reality.

It’s been written that you were quite a math star growing up. If you didn’t have a career in tennis, what career do you think you’d want to pursue?

‘Star’ might be exaggerated but I loved school, and I love reading as well. If I didn’t play tennis I think I would have become quite the nerd.

You’ve said that one of the highlights of your life was meeting your idol, Roger Federer… what does it mean to you to know that there are so many young girls and boys out there that look up to you the way you looked up to him? What is one piece of advice that you would give  to those kids who want to follow in your footsteps?

Roger is so great, and such an inspirational idol to have. I’m of course far from his level, but to think that kids look up to me and might be inspired to play tennis because of me is a huge honour. I hope kids will continue to be more active in tennis or any sport for that matter.

Besides Roger, who is one person in tennis that you have learned a lot from by watching them play?

I love watching all of the great champions, especially the ones that are winning the Grand Slams. I find I learn so much by watching the pros on TV.

Finally, what is one thing that most people don’t know about you?

I can juggle. Maybe a career option once I’m done with tennis?