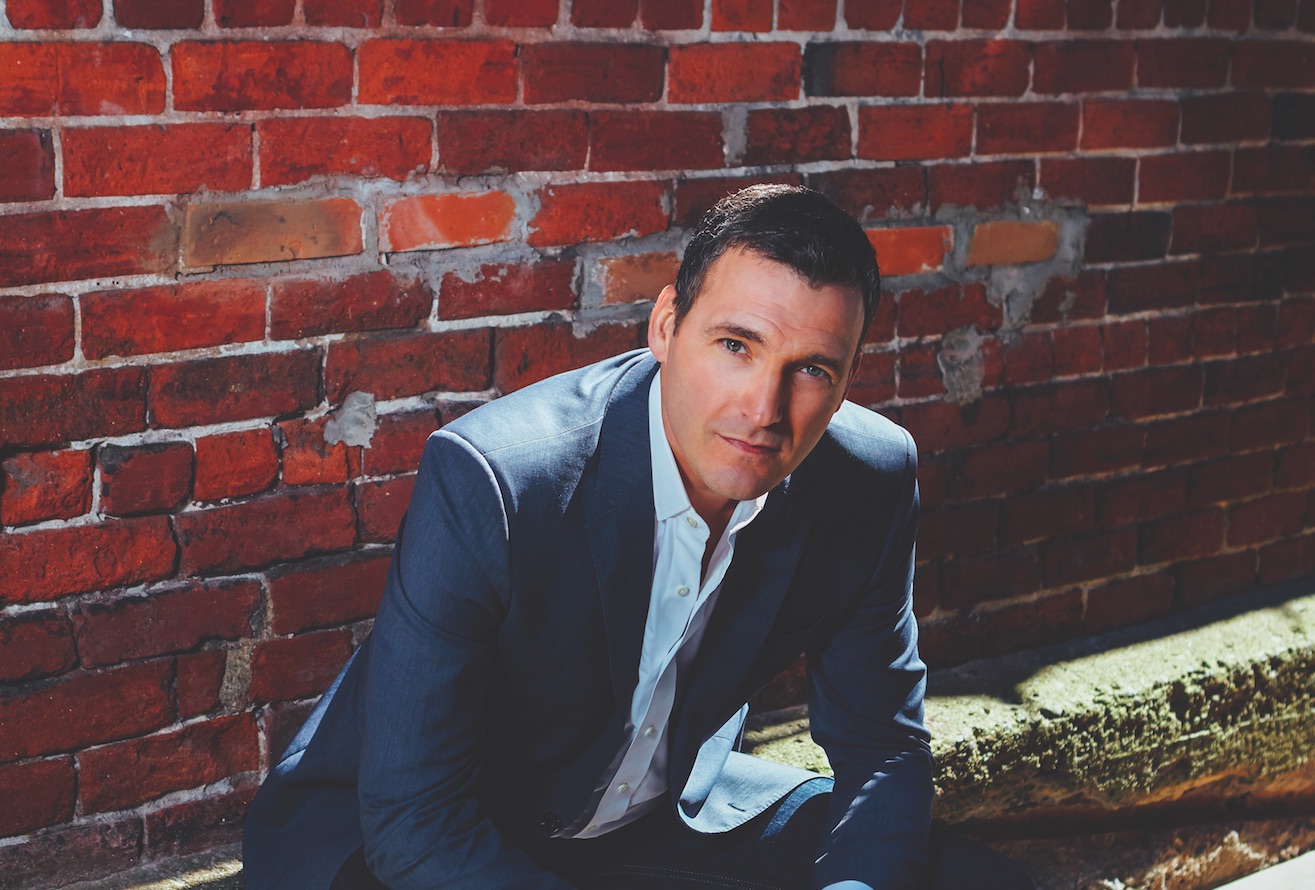 Interviewing a journalist is never easy. It’s especially difficult when you’re asking a journalist about a subject they know best. But speaking with Evan Solomon is different.

A seasoned journalist with years of experience in print, radio and television, Evan Solomon is down-to-earth. It should come as no surprise that a conversation with him is natural and familiar. After all, he’s an expert who has honed his craft. But the most striking takeaway is his passion for all things news. He’s excited to be a journalist regardless of the medium. His excitement and curiosity are felt whenever he discusses his career, which is refreshing and welcomed.

He grew up listening to CBC Radio with his dad and having dinner table debates with his family. Solomon studied literature and religion to gain a deeper understanding of what motivates people and their beliefs. If news is the curious search for answers, then Evan Solomon is a top detective.

Faces Magazine: You were born in Toronto. What was life like growing up?
Evan Solomon: I was super fortunate to have two great parents and a brother and sister, and we are all still very close to each other. Our dinner table conversations were always lively, full of debates about political events and ideas but also a lot of laughs—a lot like a radio and TV show actually. So, it’s no surprise that’s where I ended up.

What drove your decision to study English literature and religion studies at McGill?

I was always interested in what motivated people to hold strong beliefs and then use those ideas to build their family, their lives and their country. For centuries politics and religion were the same thing, but when I was at university the political science department really wasn’t that interested in religious beliefs, but I felt that religion was still driving so much of what was happening in the world. I wanted to understand more deeply.

After graduating, you co-founded a magazine called Shift. Tell us about this magazine, and your experience with it as an entrepreneur?

I co-founded the magazine with Andrew Heintzman. It started small, but grew quickly as we focused on the new media world and the digital economy and the impact of digital culture on society. It was at the time that the internet exploded on the scene and we were the first Canadian magazine in that space, so it was an exciting time. We really were at the pioneering stage of merging print, TV and the online world. As the magazine grew it expanded into a brand with TV, online and print sides, and eventually it launched in the United States as well. It was a fantastic experience, and we sold the company in 1999.

What first attracted you to politics? When did you decide to make it such a big part of what you do?

I have always been interested in politics; even as a kid my father and I were obsessed with the news. When I left Shift Magazine I began hosting a program called CBC News: Sunday and Sunday Night, which focused on politics, media, and culture. In a sense, what I had always done was heading in that direction: from religious studies to technology, it was all about what forces are shaping the world, and that usually ends up in the political arena!  Now I have the opportunity to work with Bell Media hosting Ottawa Now weekday afternoons on News Talk 580 CFRA and on CTV’s Question Period… and I love it!

You also write a column for Maclean’s. What is it like to be able to reach so many people through your work?

It is a real honour to be one of the political columnists for Maclean’s magazine, which reaches so many Canadians. Working in TV, radio and print really does give me a chance to reach people in different ways on many different topics.

How do you feel the nature of your work has changed throughout your career?

One of the things you have to do in the quickly changing world is to keep learning. I love steep learning, the daily requirement to make calls, research stories and try to communicate what you have learned. Of course everything happens so fast these days… you have to be more nimble and a bit less formal. The news is less like a presentation now and more like an ongoing conversation.

Describe a typical day at News Talk 580 CFRA and CTV.
My days begin early. I have radio interviews in different cities for my job as the National Affairs specialist starting at 8:30am, so there is a lot of prep early in the morning. Then we have an 11:00am story meeting for our daily radio show on News Talk 580 CFRA, Ottawa Now, which is on air every weekday afternoon from 2:00pm – 6:00pm. That is followed by more research and guest booking. I also have a daily meeting with the senior producer of CTV Question Period as we prepare for the weekly program. I also work at the other CTV News Bureau for Question Period every Friday. My days are busy and very jammed!

What do you do when you aren’t writing or broadcasting?
I love being with my family, playing sports of all kinds, running, white water canoeing, tennis, hockey, you name it. I love playing guitar—I play a lot but not very well. Also, if I can find the time, reading.

What is your favorite thing about your work?

I love connecting with people to hear their stories and I love the debate with politicians over ideas, fighting the spin and getting answers.  A steep learning curve. Nothing like live radio and TV. 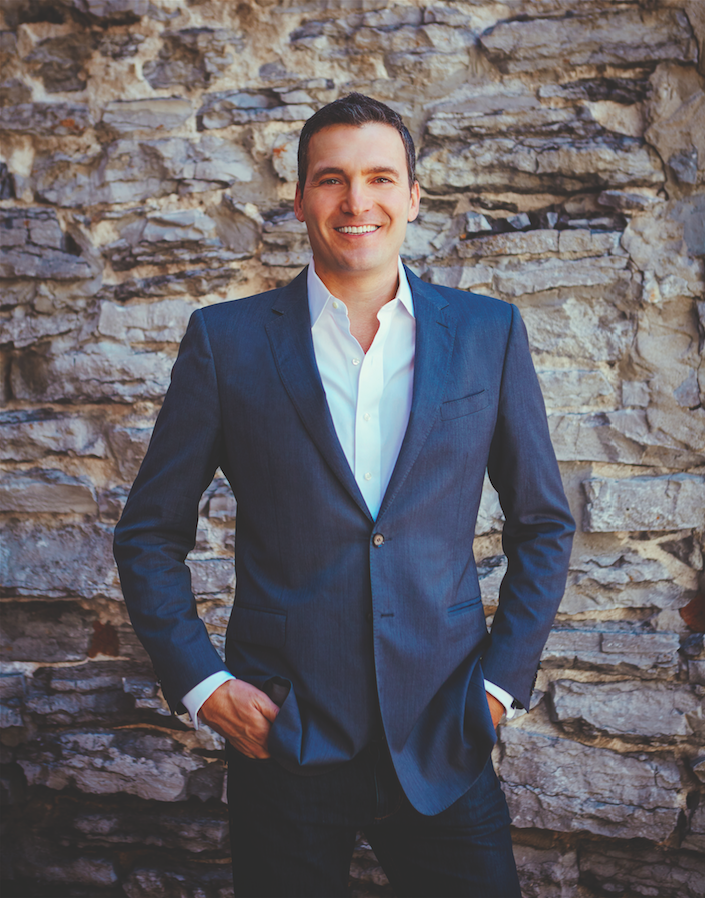 You wrote an article for Maclean’s about Canada undergoing a fundamental identity crisis. What does this mean? How can we get out of it?
Canada is at what I call “Plus 150”, which is a way to recognize the history of the First People of the land and the foundation of Canada. Canada is still coming to terms with how to reconcile our past and our idea of who we will be in the future. It is a battle that is happening all over the world but Canada can lead the way to do this peacefully, productively and in an exciting way. Being the greatest country in the world is hard work!

What advice can you give to youth who want to get involved, but may feel like politics is ‘hard to understand?’

Just jump in and don’t be afraid to ask questions. If it is too hard to understand, a leader is failing to connect. Everyone should have a voice.

You are very active on Twitter. Are you a big fan of social media in general?

Love social media. Great way to connect with people, get instant feedback, and stay in touch on key issues. It is as much about listening as it is about posting.

What is the best piece of advice you’ve received throughout your career?

Have something to defend. Make sure whatever you do, you care about passionately so you will want to defend it. Also, treat people with respect.  Challenge ideas, debate them, pull them apart, but treat people with humanity and respect. The best ideas will survive the firestorm of debate. Also, take chances. Don’t be afraid to be afraid, because new projects will cause nervousness, but that is part of the deal. Be happy being uncomfortable.

What advice would you give to a student who aspires to reach as many people as you have, or to become a political journalist?

Read everything. Ask questions all the time, there is no such thing as a bad question. Get out of your comfort zone and get out on the ground and talk to people. Politics is about how ideas affect people, so talk to people. Double check the facts. Be prepared. And be fearless. Holding the powerful people’s feet to the fire is the job. Call it straight up.

You work a job where you must always be well dressed. What’s your favourite suit and tie combo?

Well, on radio I am generally in jeans and a black T-shirt, or jeans and a white shirt and suit jacket. For TV I often wear the same thing, but put on a tie, and then, if I have to, the suit pants. I always wear a white shirt because it goes with everything and you just need lots of ties. I’m not a fashion guy, but I found what I like and I stick to it. I like fitted suits, tapered pants, thin lapels and thin ties with a white shirt.

What does success mean to you?

You are only as happy as your unhappiest child is the old saying, so having healthy and happy children is my measure of success. It is the factor that determines my happiness. I have a job that allows me to follow my curiosity, to be part of the most passionate debates about the country I love, to have a steep learning curve and to work with a great team. A dream job.

What ritual could you not live without during your work day?

What do you love most about living in Ottawa?

The access to the outdoors for running. The Ottawa River is a jewel and the natural beauty of Ottawa is the true secret of this great city. Mix that with a focus on political debate and you got me every time.
@EvanLSolomon 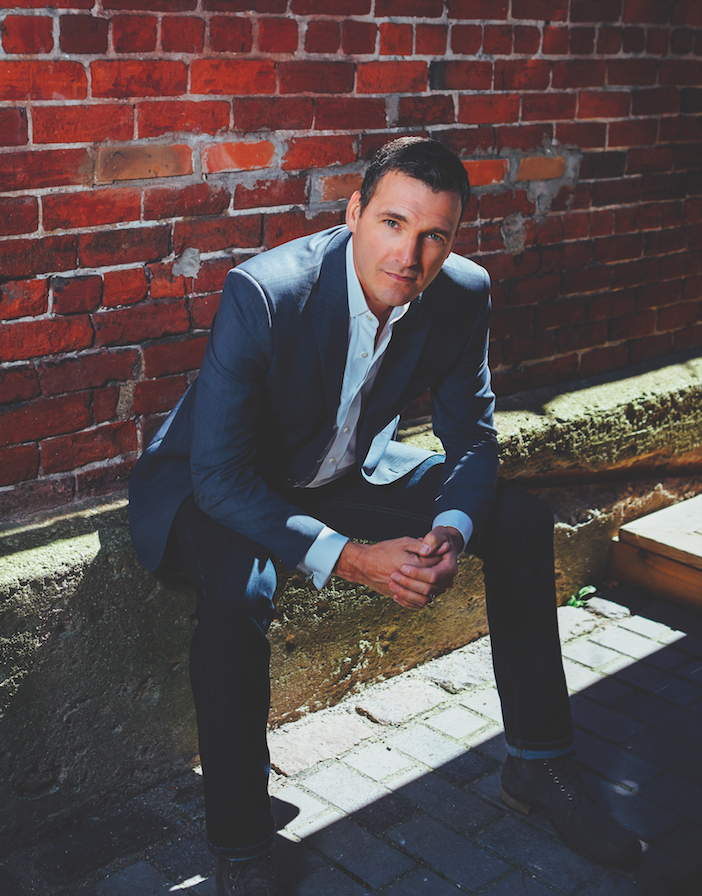