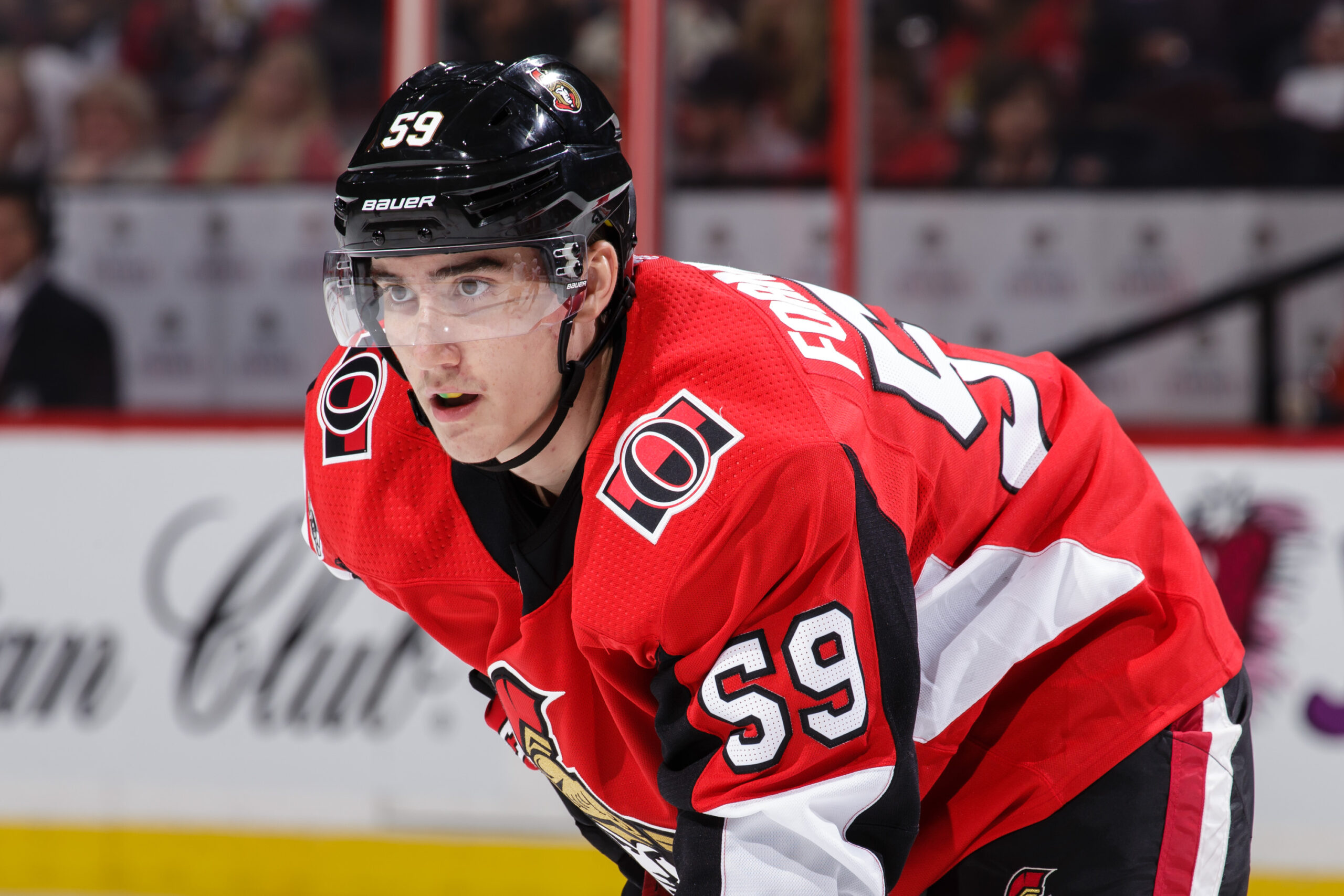 Ottawa Senators’ winger Alex Formenton is finally back in the NHL, vying yet again for a full-time opportunity with the club. Frankly, it’s hard to believe Formenton is still just 21 years of age. And that’s because his NHL debut came way back in the fall of 2017.

A month after their famous run that year to the Eastern Conference Final, the Senators drafted the 17-year-old speedster from the London Knights 47th overall. Later that same year, Formenton was so noticeable at Sens’ training camp, he made the team straight away. The club obviously wanted to have a quick look and see if the kid’s extreme speed would outweigh his issues of extreme youth, inexperience and lack of size.

His head coach at the time was Guy Boucher, who needed almost no time to determine Formenton wasn’t ready. Nine days and three healthy scratches after his debut, where he logged all of 4:54 of ice time, he was sent back to junior. He did become the youngest player ever to debut in a regular season game with the modern-day Senators, and the thinking was he’d be back very soon…full-time.

During that time, Formenton has had cups of coffee in Ottawa but hasn’t been able to prolong his stay so far.

And keep in mind, this has been a terrible Ottawa Senators’ team during this time frame.

Four years of not being able to stick with a team that’s been performing so badly could take its toll on some players. But Formenton kept working, getting stronger and refining his game.

“We’ve been working a lot in the AHL, just trying to mature my game and round out all the small details that will help me stick in the NHL,” said Formenton, after his call up last week. “I definitely feel way more prepared coming into this year.”

In his season debut March 24th—his first NHL game since November 1st, 2018—head coach D.J. Smith handed Formenton 10 minutes of ice time in a 3-1 win over Calgary. At a glance, that sounded like the usage level of a player who may be facing another brief stay in the show.

But Smith also handed Formenton something else that night.

In that game and the one that followed, Formenton logged meaningful ice time as part of the Senators’ penalty killing team. In his first game, he had 10 minutes of ice but 1:42 on the penalty kill. In the next game, he improved to 12:44 of ice time and 2:03 on the kill, while adding his second career NHL goal. Those were extremely encouraging signs that full-time NHL status may be looming.

Campbell misplays another puck and Alex Formenton pots his first of the year, and 2nd NHL goal.

“Speed kills in this league and he can fly,” said Smith. “You know, as his detail gets better, he’s going to be a really good NHL player. So, I wasn’t afraid to put him in defensive situations (in games last week).

“I think his speed will be able to create some offence, not only now but for years to come.”

When a coach has faith in you, it’s your golden ticket. Without it, you’re not getting on board. Just ask Christian Jaros, Max Lajoie and Christian Wolanin. Under Boucher, the three young defencemen seemed to be players with decent futures in Ottawa. But they never really did much for Smith and all three have been traded away this year.

By his words and actions, Smith is clearly a Formenton fan and that’s well more than half the battle. If he cannot grab a full-time NHL spot in these circumstances, it’s probably not meant to be.

But it’s a much better bet that Formenton will soon get the word from his coach that confirms he’s here to stay; those three little magic words every young NHL hopeful wants to hear…