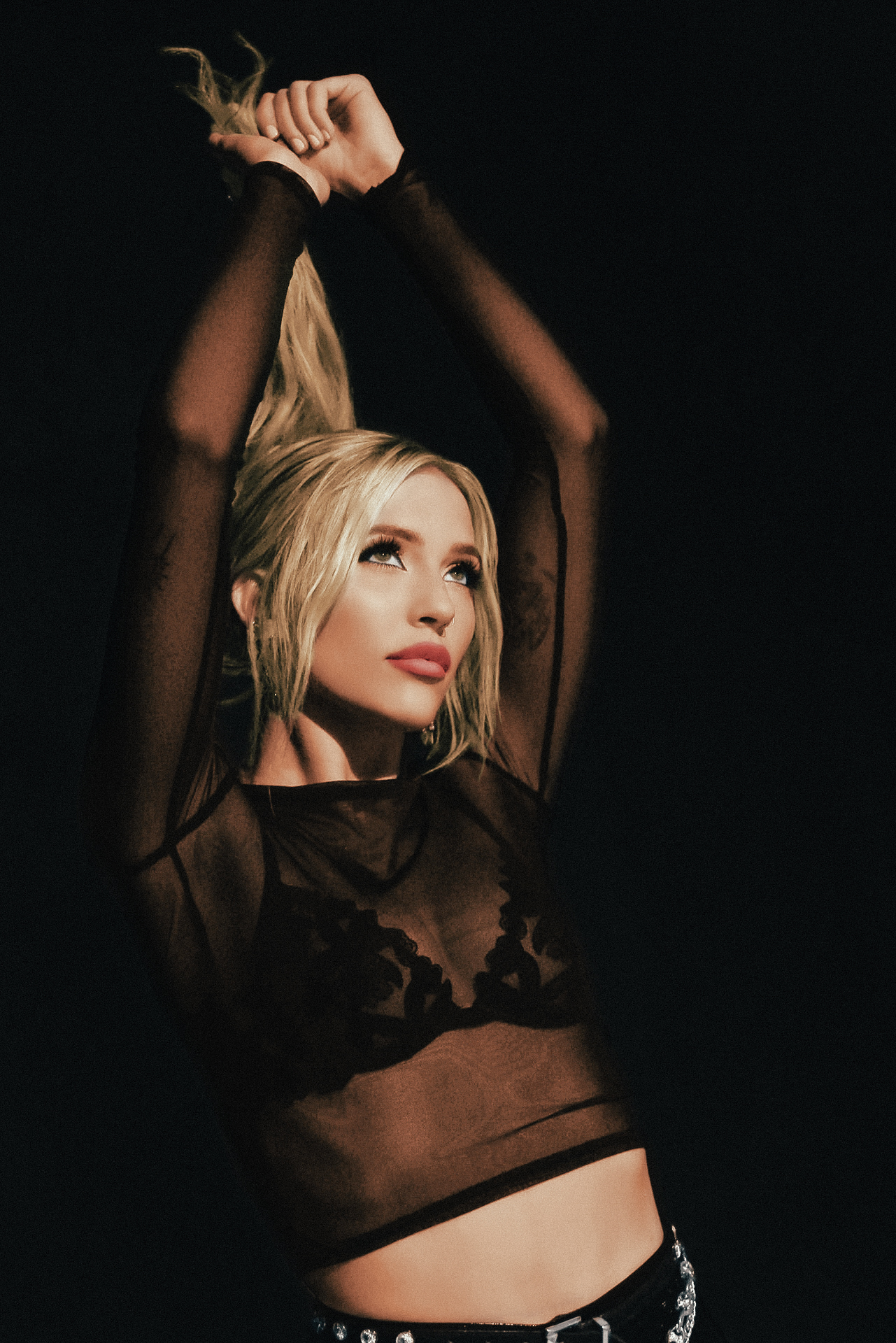 Former Nashville star and rising pop artist Lennon Stella has just released her debut album ‘Three, Two, One’ during a global pandemic and despite that, the 21-year-old has already been named ‘Breakthrough Artist of the Year’. Prior to setting out as a solo artist, Lennon was in a duo with her younger sister, Maisy Stella. The two sisters starred on Nashville for all 6 seasons before Lennon decided to pursue a solo career. Her first EP ‘Love me’ was released in 2018 and her career has skyrocketed since. She has now opened for The Chainsmokers, Anne-Marie, and gone out on 2 solo tours, all before releasing her first debut album on April 24, 2020.         >>>

How does it feel to finally have Three, Two, One out in the world?

It’s the best feeling honestly. It’s such a different feeling working on something for so long and putting it out, versus kind of like throwing it out in the world. I sat with it for so long and just you know, got to have time to really get in there and perfect every little detail that my type A personality obsesses over *laughs*. It’s very nice to really be able to dive in and get to feel proud of it and then put it out in the world. It was just a very new feeling and very rewarding. And I think yeah, the songs and the way they’re sitting with everybody…especially in the midst of all this craziness, is yeah, it just feels nice…a very fulfilling feeling.

Releasing your album during everything that is happening right now has obviously made for some challenges. Are you still happy with the timing of the album considering everything?

Yeah! I mean, I’m such a believer in you know, everything happens for a reason. And I don’t know, it felt like the right thing in my gut not to push the release. Obviously the tour had to be pushed, and everything safety wise had to be pushed…but as far as actually putting music out, it didn’t seem like something that needed to be pushed back and it felt right to keep it in the midst of it all. And I think it went as well as it possibly could have. It felt great! It’s interesting, I took away so many different things that I wouldn’t have if I had all the craziness of a typical album release which is like travelling, and so much going on, so much press…all of the things you typically do when putting an album out and none of that happened. So I was sitting in it and kind of got to just soak it in and fully digest it which is really cool for a first album to be able to do that. 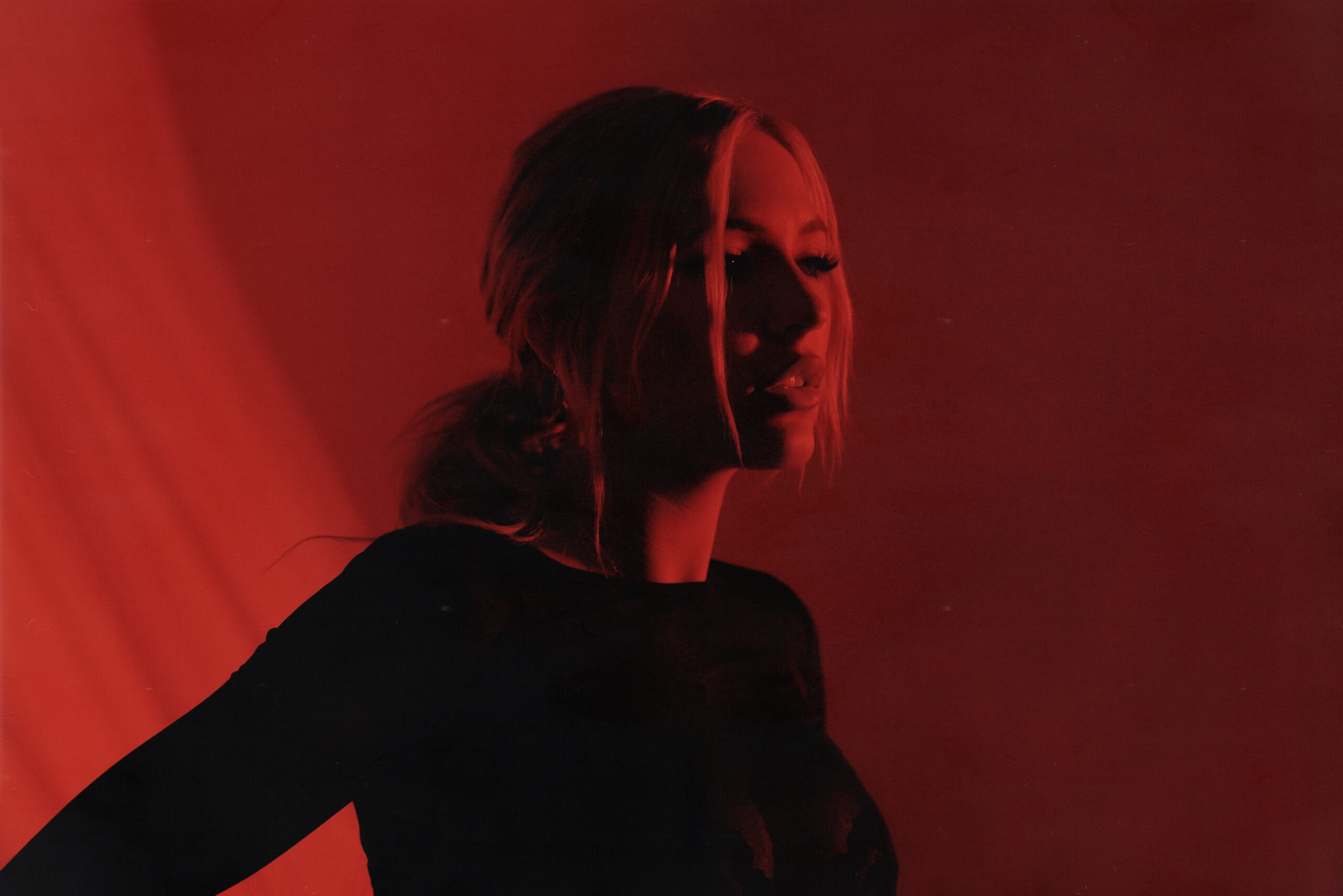 How different have the past few months been with your music performing only in an online environment like Instagram live?

It’s pretty weird. I always did Instagram live and stuff like that because I think it’s fun! And it’s fun when it’s on the side and you’re getting human interaction also. So it’s really weird when that’s all you get and it’s all you’re getting for many, many months. But I mean, I think it’s cool that we have that and that I can just hop on and instantly talk to everyone directly in one place… I love that. But it’s also like, I feel deprived of humans and just that interaction you get when you’re playing a show and that energy and it’s such a different thing that you can never get from Instagram or anything like that. That’s my favourite part of it, is just feeding off the energy of everyone in the room and soaking it in. It’s definitely weird not having that and having new music out, for sure.

What was the process like for writing the song ‘Three Two One’ and recording it with Maisy?

I mean that song, I had written in London like forever ago and it was always one of my favourites and I remember sending it to Maisy after and her only response was a photo of her with tears just streaming down her face. And I don’t know, it was because it was so specifically about her and it’s something that she feels about me also. We both feel that for each other. We have each other be each other’s little escape where every emotion just comes out. I think another thing is having her singing the chorus and the verse. It pretty much immediately clicked when I was actually doing the album and I knew I wanted it on something and it would for sure be the only feature on there. And then she came in and recorded it with me, and it was so cool.

How do you manage to stay so grounded throughout your success?

I feel like just growing up the way I did and being surrounded by the people I was surrounded by. My parents are so just, the realest people you could ever meet. They’re so just, the ultimate hippies *laughs*. I feel like it’s impossible to not stay grounded when you have them as parents and when I’m so close to them, you know? And my sister too. I think too, the goal is to forever, and I know I will… is to stay true and that’s my number one thing. That’s the only thing that feels good to me is if it feels genuine. So because that is so part of my every day, in my veins, it just stays! It’s really just knowing that my mom would literally disown me as a daughter *laughs* if I was anything but the exact way I’ve always been. 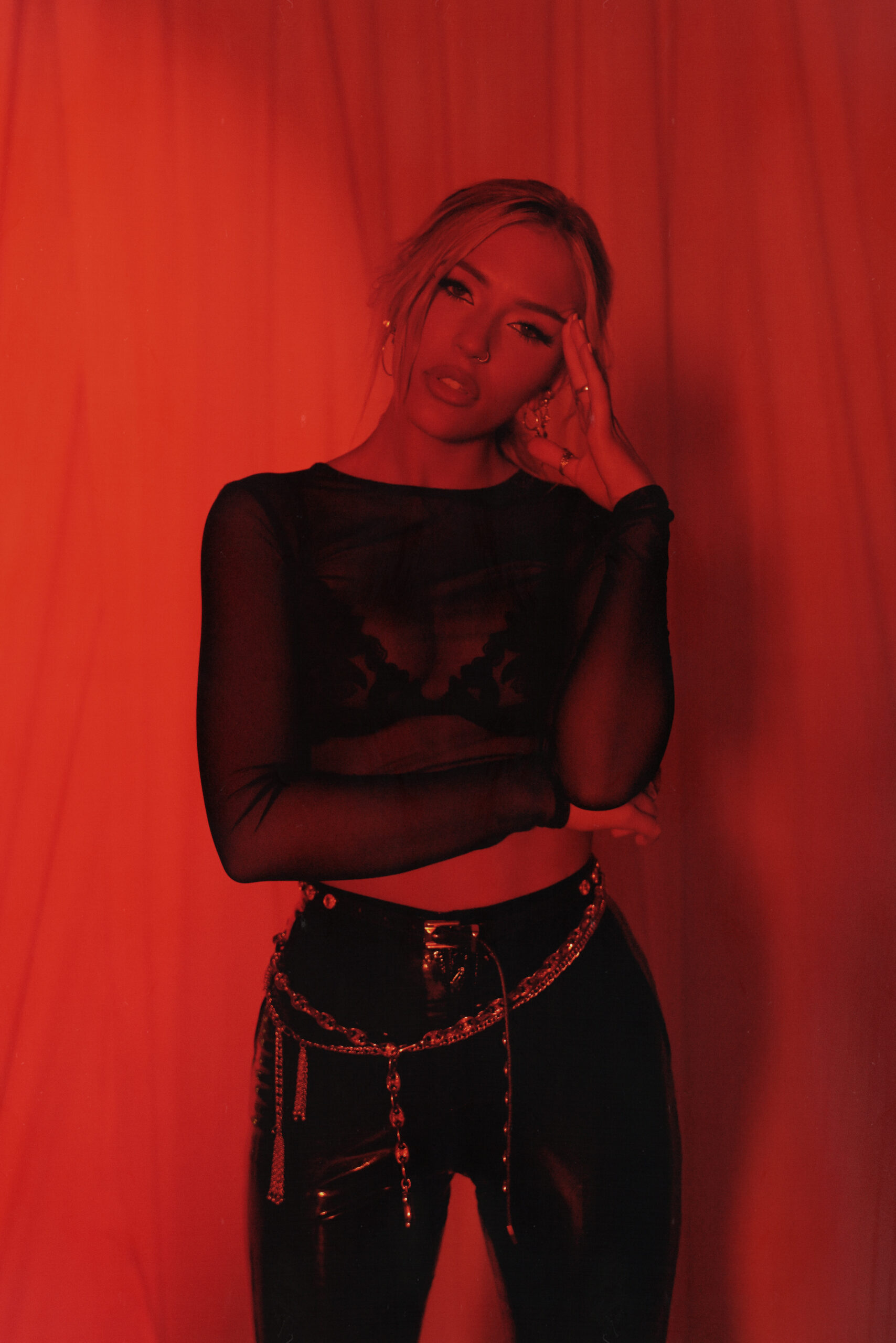 So you grew up in Oshawa, Ontario. Is the Canadian side of you a big part of who you are?

For sure. I mean, I feel like I’m just so innately Canadian and will forever be, no matter how long I live in the States. I’ve been here since I was nine now. But I feel like my makeup is so Canadian and when I go back home, I’m like, these people are so me! I don’t know, I feel very Canadian and so does my sister, and obviously my parents do because they were there for the majority of their lives. So yeah, it’s kind of weird because I’ve been in the States since I was nine and my sister since she was five, but we both still hold on so tight and are so proud of our Canadian background.

Do you have one Canadian food item that you have to get every time you come back?

POUTINE. *laughs* It is like, no joke, the second we cross the border…we’re on the hunt.

Congratulations on your Juno Award nominations, that’s so exciting! How did that feel?

Thank you!! SO cool. I mean, I’ve never, I haven’t been part of an award show, like that side of it before. It was so cool. It’s so weird like this time right now (referring to COVID 19). I was in New York, on my way, about to head to the Junos. And I was gonna play and live there and it was such a big thing! And then it literally was the peak when all of this stuff started happening and everything got shut down. So it was literally like, that flight got cancelled and we were like, okay everything is going down… this is not good! So it’s crazy, ‘cause when all of the nominations and awards came out, it was literally in my living room a couple weeks ago. So, it’s so wild how it works. But it was so cool and the Best New Artist Award is like the most… it’s the biggest honor and such a cool and fulfilling award to get at this point in my life. It’s just yeah, very, very cool. 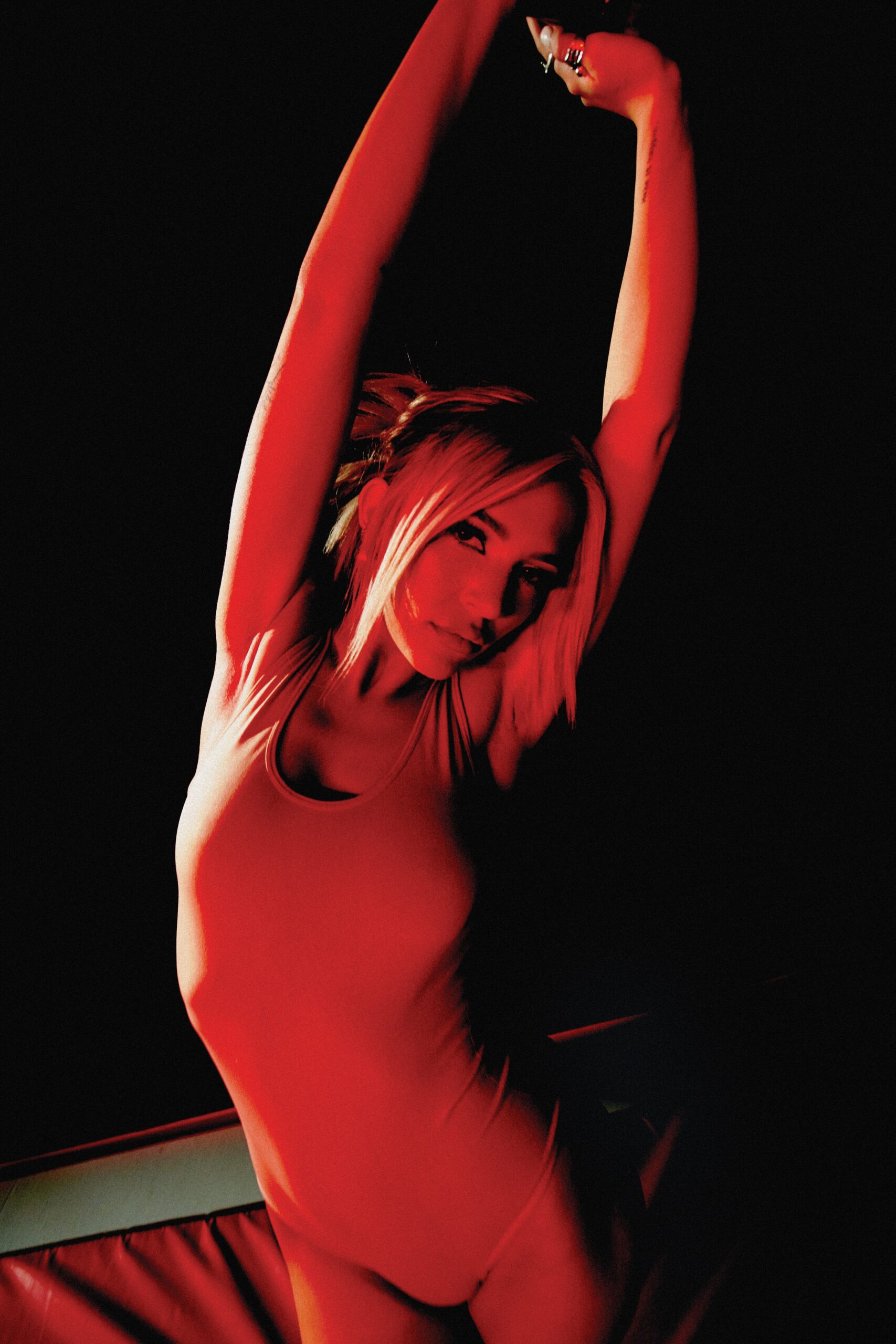 When you are thinking about your future in your career, do you see yourself acting again? Or is mostly keeping your focus on music?

I mean, I would for sure love to circle back to acting. I have every intention on doing so. I think in my brain, I’ve just been kind of wanting to really put my whole heart into music. Because since I was so little, it was split down the middle with acting and music because of the show (referring to Nashville ). I wasn’t really able to fully dive into the music world. So, I kind of just told myself that I’m going to dive in fully to acting and see where that takes me. But the second I feel like I’ve put enough heart into it, I want to be able to do both. Hopefully I can do movies or even a mini-series and circle back, make an album. Hopefully I can do it all. I’m hoping! I would love that.

So whether it is writing or recording, who would be your dream collaboration?

Lennon: *Laughs* This is so hard! Um, maybe like James Blake, Rex Orange County I love, there’s a couple of people that, I mean, Frank Ocean…there are so many! So many that I feel like would just make me so happy.

So what type of things inspire you during your writing process? Can you walk me through that at all?

Yeah, I mean, so many different things! It kind of… it all comes from different places. Sometimes, I’m just walking down the street and hear someone behind me say something clever, and I’m like, ou that’s a song. And then I write it down and take that into a session. And sometimes it’s like, the other person that I’m writing with will bring like a title or one word that triggers a thought in my mind, or a full concept. Or I come in with something I had just gone through or a friend of mine had gone through. Anything. It comes from all different places. But I think, whatever it is, I have to feel like, very inspired by or I can’t even write a full song. I have to feel like… my brain doesn’t start really moving and really coming up with ideas unless it’s like consuming me and very inspiring to me. So yeah, I feel like whatever it is has to come from a very like natural, organic place. But yeah, typically it’s just something that I had been through, or something that I felt deeply or heard.