Ottawa-born alternative hip hop artist Goliath Paw has only been recording music professionally for 5 years. In that time, he’s released over 9 EPs and 1 album, and has gained a huge following of fans that appreciate the intricate nature of his music.

Chatting with Goliath Paw about his latest 5-track release, King Paw, he reveals some honest insight into his childhood, his own personal challenges, and the things that have made him who he is today.

Tell us about growing up in Ottawa. Are you from here originally?

Growing up in Ottawa was tough. My parents separated while I was in the 5th grade so my mom moved me and my brothers from the suburbs in the East end into Ottawa housing in the West. It was a culture shock and I had to learn to adapt quickly. I grew up in Draper and at the time it was voted by the Ottawa Citizen as the worst neighborhood to live in, 3yrs in a row. I saw a lot of things and learned a lot about myself and how to survive. It made me a more confident person. I wouldn’t trade my experiences there for anything.

When did you get started in music? What’s the story behind your name Goliath Paw?

I started writing at a young age. Probably around 10-11 years old. When I was in Highschool my friends and I formed a rap group called PropAway. That was the 1st time I recorded a song. I would wait for my mom to go to work and then invite everyone over to record. We would take turns sitting at the edge of my bed hunched over rapping into a computer mic taped to my desk. Humble beginnings. (Laughs)

The name Goliath was a nickname given to me in highschool. I chose to use it because when you hear it you think ‘giant’ or ‘powerful’. A person with a lot of influence. PAW stands for PropAway which was the first rap group I was in. You won’t know where you’re going if you don’t know where you’re from, so it serves as a reminder to all the things that shaped me. 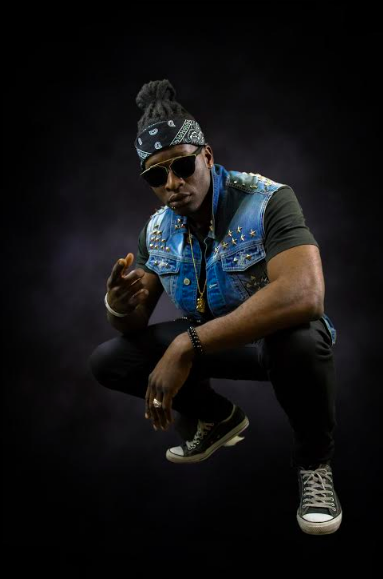 Tell us about your latest release: King Paw.

KING PAW is a five track project which combines high energy instrumentation with catchy melodic choruses. All five tracks were produced by Alter Ego from Toronto Canada. I chose to work with him because he brings an uptempo authentic rock band sound to his beats. Throughout the project, I touch on a variety of personal subjects because I wanted to give my fans an in-depth look into what makes me the artist I am today.

Where do you find inspiration for your music?

I find inspiration from a lot of places but mostly from my life experiences. How and where I grew up plays a large part in my songwriting. Social issues as well. I write fun songs you can party too but I also write songs about my mental health and my experiences as a black man as I navigate through this world.

What is one thing about the music industry that you think every artist should know?

Nothing is what it seems. Believe nothing you see and half of what you hear. You’re going to need thick skin if you plan to do this long term.

How do you stay focused and motivated to achieve your goals?

Anxiety from having no plan B! Just kidding. At this point it’s all mental. I know no one is going to do it for me. Setting goals, networking with new artists and producers, staying up to date with the culture, staying involved in our local scene. To be honest, I hate being overlooked… so that’s what probably drives me the most!

We’ve all had a lot of time on our hands these last few months, what’s some advice you can give to other artists about creating music while isolating?

Now is the time to plan ahead. Artists love to make music but we hate the back end part of it. Take the time to organize the business part of your career. Plan your next release. Apply for grants. Sign up to performance rights organizations like SOCAN so you can get paid. Create or update your FACTOR profile. Reach out and network, everyone’s at home. Now’s the best time to do it so when things start up again you can hit the ground running! 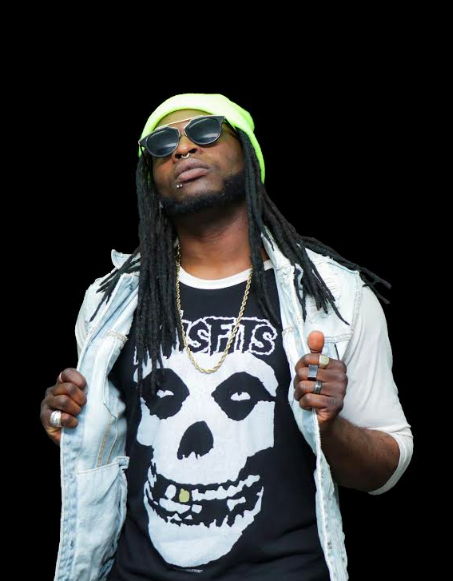 How many years have you been making music? How do you find your music, and the music industry overall has changed in this time?

I’ve been making music my entire life but now professionally for the last five years. My beats  and rapping style are high energy and if you listen to my music, you’ll find humor and quirkiness in the lyrics and in the tone of my voice. In person I come off as serious so Goliath PAW allows me to show off my other side that only my friends and family are familiar with. That much hasn’t changed but over the last year or so I’ve leaned into incorporating Rock and found myself writing introspective lyrics and songs about my adolescence.

The industry is always changing. When I started five years ago it was all about the internet and using social media as a vessel to grow your following. Now with the popularity of Spotify and other streaming services, the game puts more emphasis on singles and streaming numbers. Artists are releasing music at an even faster rate just to stay on the charts and on the news feeds of their fans.

What is one thing that not many people would know about you?

I’ve never been diagnosed but I’m positive I have depersonalization. This is when you experience a detachment within yourself. It could be your mind or body and for me often reality can feel like a dream. When I’m experiencing it and look in the mirror, I don’t recognize myself. If I watch my music videos or look at photos it feels like I’m looking at a stranger even though I know it’s me. I’ve learned to live with it early on and actually use it to my advantage. I’m able to critique myself and my music in the 3rd person, which is a lot harder to do without offending myself.

Good question. Like I said, it’s all about the streams now so I am planning to release a new song every few weeks for a full year. It’s a lot of work but my team and I are committed and I’m very excited. I’ll also be releasing music videos for them as well.