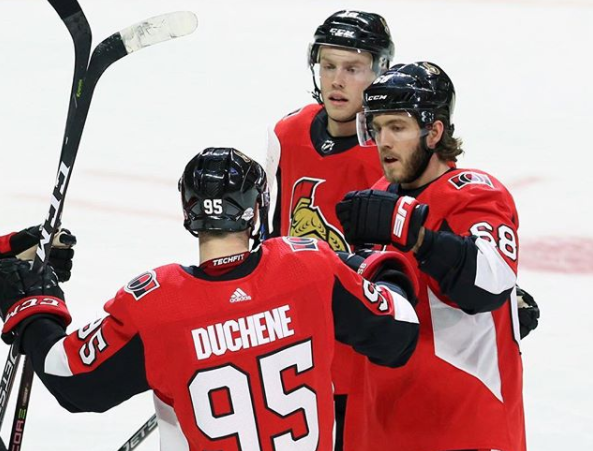 The planets are quickly aligning for the Ottawa Senators, but they’re not aligning for one of those miracle playoff runs that happen once a decade.

Instead, all the planetary signs are pointing to the most predictable of all Senators-related phenomena – another coach firing. Of course, this is not a certainty, and maybe GM Pierre Dorion and Head Coach Guy Boucher have a very well hidden rapport that will survive this tumultuous season, but the betting money is on the killing floor.

When you combine the unstable elements of a GM under pressure with his defensively woeful team sliding in the standings, and a lame-duck coach without a contract for next season, it’s not hard to see the storm coming. Yet maybe this was all pre-ordained as early as last April.

When Dorion stepped to the podium to face the press for the first time since the end of the Senators disastrous 2017-18 season, nobody expected him to sing the praises of the much maligned coach.  Yet it was still a surprise when Dorion let him have it on various fronts, including the quote that made all the headlines and soundbites that night.

Dorion wasn’t talking about another bad pop song on Majic 100. He was talking about Boucher’s oft-repeated mantra that was used to justify giving the players a record number of days off during the season. As the losses began to pile up and team practices became more and more rare, you could just imagine Dorion seething helplessly behind the scenes.

On that sombre day for the franchise in April, Dorion refused to confirm that Boucher would be back, and promised the team would go young, another shot across the bow for the veteran addicted coach.

And Dorion wasn’t bluffing. Although he did bring Boucher back for the final year of his contract after a “full review”, he also spiked a number of veteran players like superstar Erik Karlsson, Alex Burrows and Fredrik Claesson, following in-season trades of Kyle Turris, Derick Brassard, Dion Phaneuf, Nate Thompson and Johnny Oduya – all used heavily by Boucher.

He didn’t stop there. Right at the end of training camp, he put respected veteran Zack Smith on waivers, which prompted a near mutiny in the dressing room, captured famously by center Matt Duchene who proclaimed it was a “kick in the balls”.

While Boucher responded a little more eloquently, it amounted to the same sentiment. The body language was unmistakeable – Boucher was upset. When asked if Smith would be inserted back into the lineup if he cleared waivers (which ended up being the case), Boucher quickly snapped that Smith would be right back where he was all training camp – on the first line between Mark Stone and Brady Tkachuk.

It’s not the first time an NHL coach has put himself on the side of the players vs. the GM or owner, and it won’t be the last. An “Us vs. The Suits” is a pretty good motivation tactic, and in the case of Smith, it seemed to work wonders as the team got off to a respectable start as league underdogs. Yet without the safety net of a new contract in his pocket, Boucher was putting himself out there a little.

The situation deteriorated further when speedy 19 year-old winger Alex Formenton was shipped back to his junior team in London following a Senators win against Buffalo on October 1st. Boucher seemed taken aback in front of the press that night, almost as if he wasn’t even aware of the decision beforehand. “That was definitely not my decision, I liked him a lot” was the revealing quote, although Boucher did go on to cede that Dorion had to take the long-term approach for the overall health of the organization.

Again, here was Boucher at odds with the general manager’s office. Whatever you think of Boucher as a coach, you can’t accuse him of kissing ass. Maybe he should start thinking about it.

After ringing off 3 straight wins in mid-October, the Senators quickly began to stumble, giving up so many shots-against nightly that even experienced hockey pundits could barely remember a team so lousy in their own end. It’s been a plague on the franchise since before Boucher’s time, but it has only gotten worse under his tutelage.

The weak ones were culled first. Backup goalie Mike Condon seemed so rattled by the incessant onslaught that he let in a blooper from the far blue-line in Arizona and was immediately waived by the team before they could even get back on the airplane home. That might be an all-new speed record in the NHL. You can’t even get a pizza that fast.

Craig Anderson is hanging in there, but unless Boucher comes up with a new defensive game plan, Andy is going to be down to 120 pounds by Christmas break. The players-only meetings after bad games have already started and the fans are starting to go sideways after a brief, early-season resurgence.

So how long can Boucher hang in there?

It seems an overly macabre exercise in trying to predict these things, but we’ve seen it so many times in Ottawa that it can only be described as routine. Dorion is likely more interested in seeing the young players thrive in a positive atmosphere than actual wins and losses. The fact he had to send Formenton down does not bode well for his optimism on that front.

A parting of the ways may not be imminent, but the honeymoon was over long ago and it might be time to call in the lawyers and divvy up the assets. The only question left is… who gets the kids?