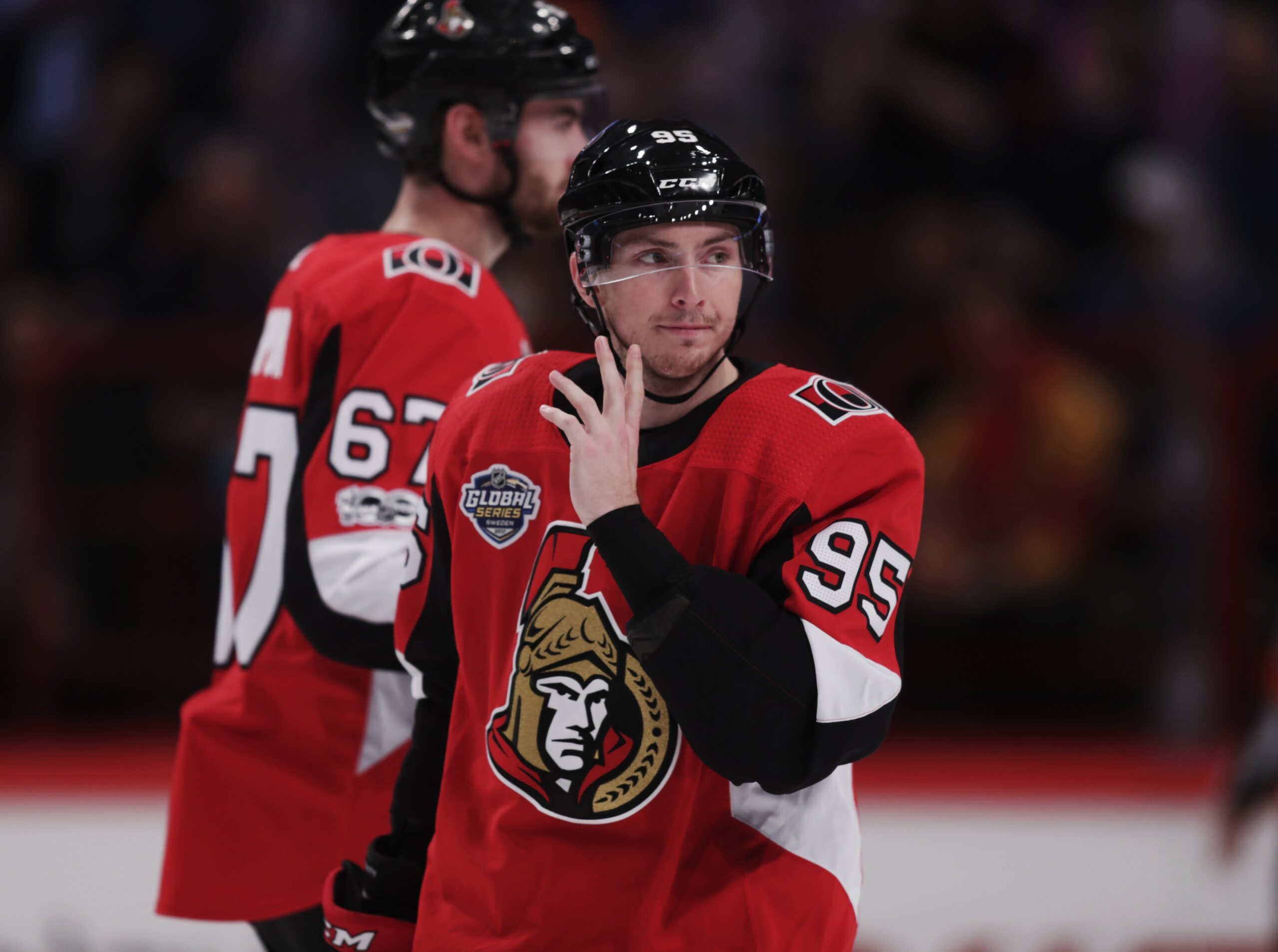 Matt Duchene has the kind of face any Mom would love.

The kind of face you’d see in the 50’s selling Wrigley’s Doublemint or Neilson’s Hot Chocolate. The Haliburton, Ontario native has the look of a kid who’d knock on your door on a winter afternoon and say “My Mom made you this apple pie. She say’s Muurrrry Christmas!” and then turn around and trod through the snow with his mittens hanging limply on a string from his sleeves.

He’s only 27 (which is close to being considered “ancient” in today’s NHL) but he doesn’t look much different than most of the 19-20 year olds who invade league rosters year after year. During interviews he likes to wear his ball-cap backwards, and he smiles politely and speaks clearly. On the ice he’s undoubtedly a superstar – or at least has the skills of a superstar – with a ridiculously short stick that allows him to control the puck in tight around the net like almost no one in the game today. I don’t know what Zdeno Chara would do with that stick. He might eat it I suppose.

The Ottawa Senators top-line centre is having an incredible year statistically, playing for a contract that will set him up financially for the rest of his life, either with the Senators or the highest-bidding team this summer. Everything should be coming up roses for Matt Duchene.

So why does this congenial, ‘aw-shucks’ Canadian kid always have a dark cloud hovering nearby, just out of reach of what’s visible on the ice? Why is Duchene on the precipice of becoming a cautionary tale for young stars entering the league in his wake? 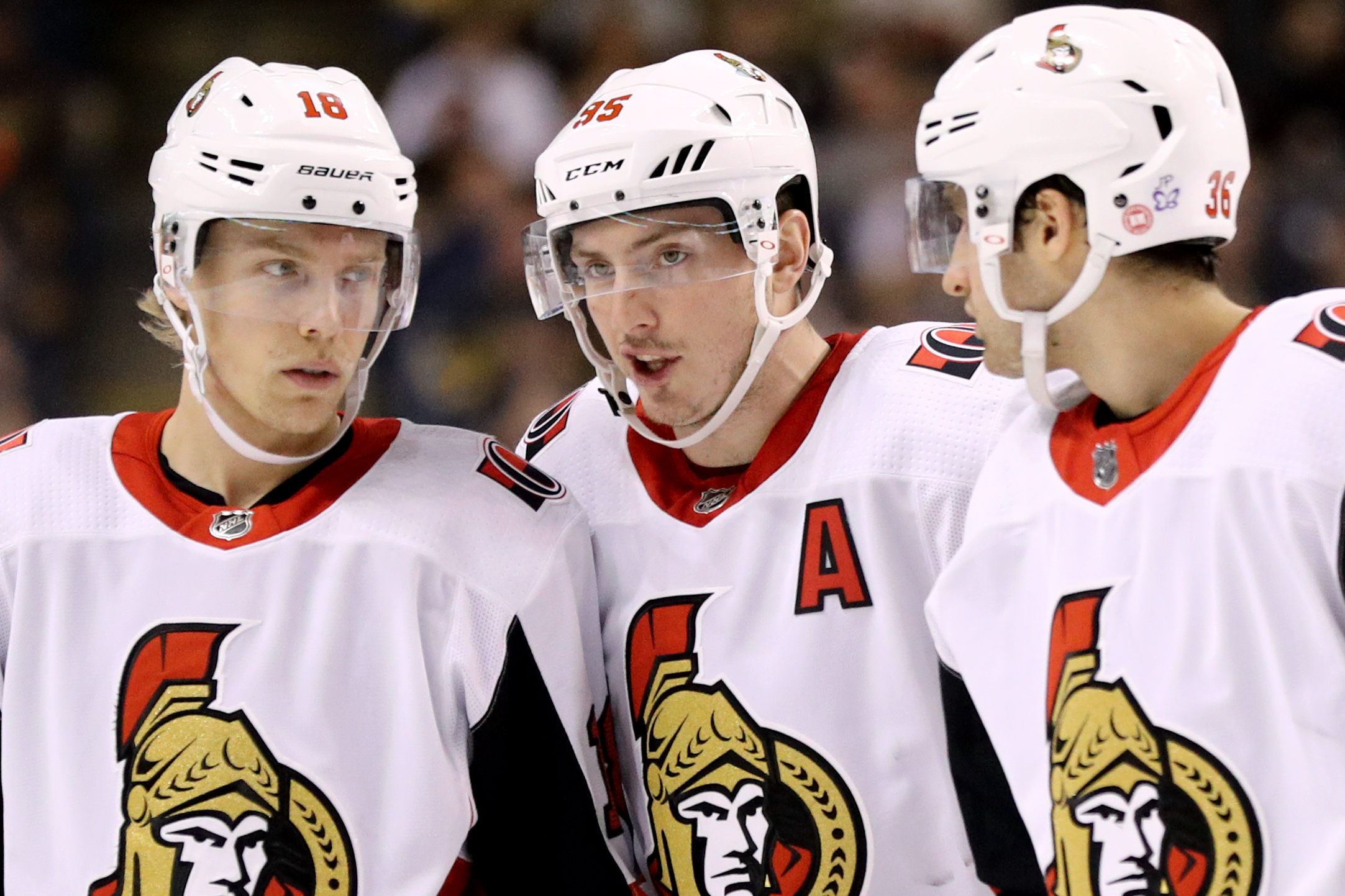 Let’s go back to the beginning. Duchene grew up a rabid Colorado Avalanche fan, idolizing Joe Sakic, as a lot of kids his age did while coming of age in the 2000’s. It seemed like everyone under 16 at that time had an Avalanche hoodie or ball-cap. We don’t know if Duchene had Avalanche pajamas, like John Tavares had with the Maple Leafs, but I’d put good money on it if I ever had the chance.

Getting drafted by the Avalanche in 2009 was an obvious dream come true, the kind of fable Canadians have lived off of since the early days of Hockey Night in Canada. The Norman Rockwell painting was coming true for Duchene and his family.

The rookie exploded in his first year for the Avs with 55 points as a 19 year old, playing with Adam Foote, one of the few holdovers from Denver’s glory days (he was also teammates with future Sens goalie Craig Anderson). The team retired Sakic’s number in an emotional ceremony just moments before Duchene’s first NHL game. If he was in awe, he didn’t let it affect his play.

The Avs even made the playoffs after shockingly missing them the year before Duchene arrived. The kid was moon-walking through the league.

Then it was three straight years out of the playoffs and head coach Joe Sacco was fired, only to be replaced by Avs legend Patrick Roy. Duchene led the team in scoring and the Avalanche stormed back to the post-season in 2014. That’s when things quickly deteriorated. Duchene’s production dipped in 2015 and the team missed the playoffs three years running, and Duchene and Roy, the two faces of the franchise at the time, weren’t getting along.

In a meaningless game late in the 2016 season, Duchene scored his 30th goal of the season for the first time in his career. He celebrated like most players would, but the volatile Roy was incensed. With the playoffs out of reach, old-school Roy had no time for any celebrating. He ripped Duchene in the media.

And just like that, Duchene was branded, by one of his heroes no less.

As the Avs crumbled into an unredeemable mess, and rumors swirled incessantly about Duchene being traded, the player himself broke down and asked for a change of address. Roy was already out of the picture, having quit unexpectedly just prior to the 2017 season.

Duchene’s boyhood idol, Sakic, was the GM who finally sent him out of town to Ottawa. The Rockwell painting was in tatters, but a fresh start awaited.

The Senators had great success before with a player maligned for wanting out of his previous NHL team. Ottawa traded for Kyle Turris out of Phoenix, and it was a perfect marriage until the Sens balked at his contract demands and actually included Turris in the complicated 3-way deal that landed Duchene in Ottawa. 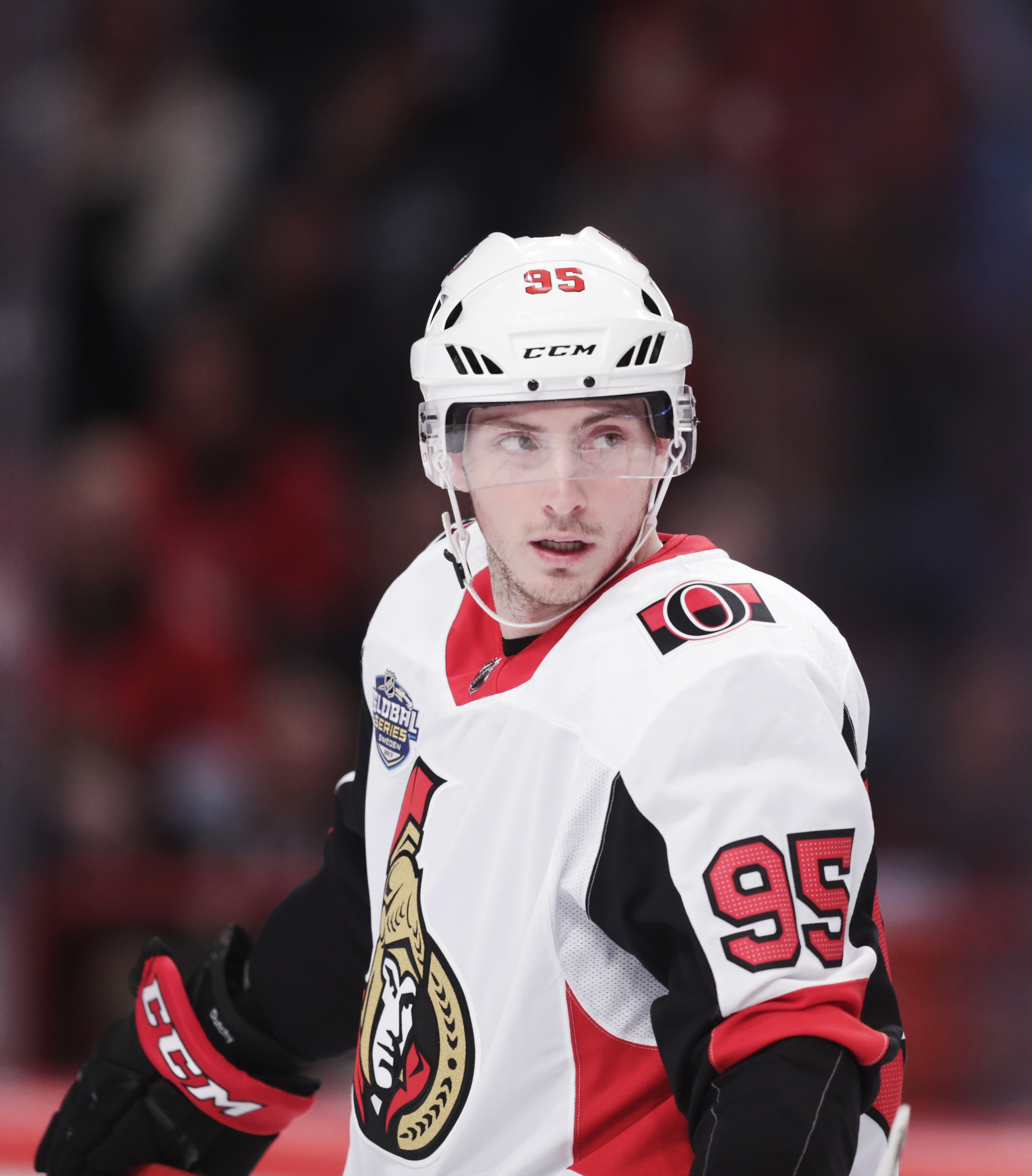 Duchene was finally free from the prison of his youthful nostalgia and ready to win again. The Sens had been one goal away from the Stanley Cup final the year before. This was a team headed for glory with the best defenseman on the planet, Erik Karlsson, and an experienced team full of veterans.

Almost as soon as Duchene pulled on that red and black sweater, the Senators tanked. And tanked hard. They finished the 2018 season enmeshed in as much drama as any team in recent memory. And to make it worse for Duchene, the Colorado Avalanche rallied and reeled off 43 wins on the way to the playoffs.

Queue the infamous video Uber ride, with Duchene prominently displayed complaining about the coaches, something that everyone recognized instantly as standard player chatter, the kind we all partake of after a bad day at the office. That it happened to Duchene, who should be brought up whenever someone tries to explain the mysterious concept of “bad luck”, is no real surprise.

Bad luck can’t last forever, but cautionary tales can hang around long after the participants have moved on. Duchene is in danger of becoming one of those stories that GM’s tell young players looking for a trade out of town. Once you start chasing that promise down the road, it’s hard to stop.

Duchene can choose to sign a contract in Ottawa and face down that streak of bad luck, eventually justifying his fateful decision to force his way out of Colorado. Or he can move on, and just hope that dark cloud finds it cozy in Ottawa with Eugene Melnyk and decides to stick around instead of following him to the next town.

For what it’s worth, Ottawa fans have embraced Duchene. There’s an opportunity in this town for glory, maybe not tomorrow, but somewhere along the way.

This town’s never done well with star players, but Duchene has a chance to break that bad luck streak as well. We’ve seen and heard our fair share of cautionary tales in Ottawa. One more won’t make a difference, but maybe it’s time for a different kind of tale.