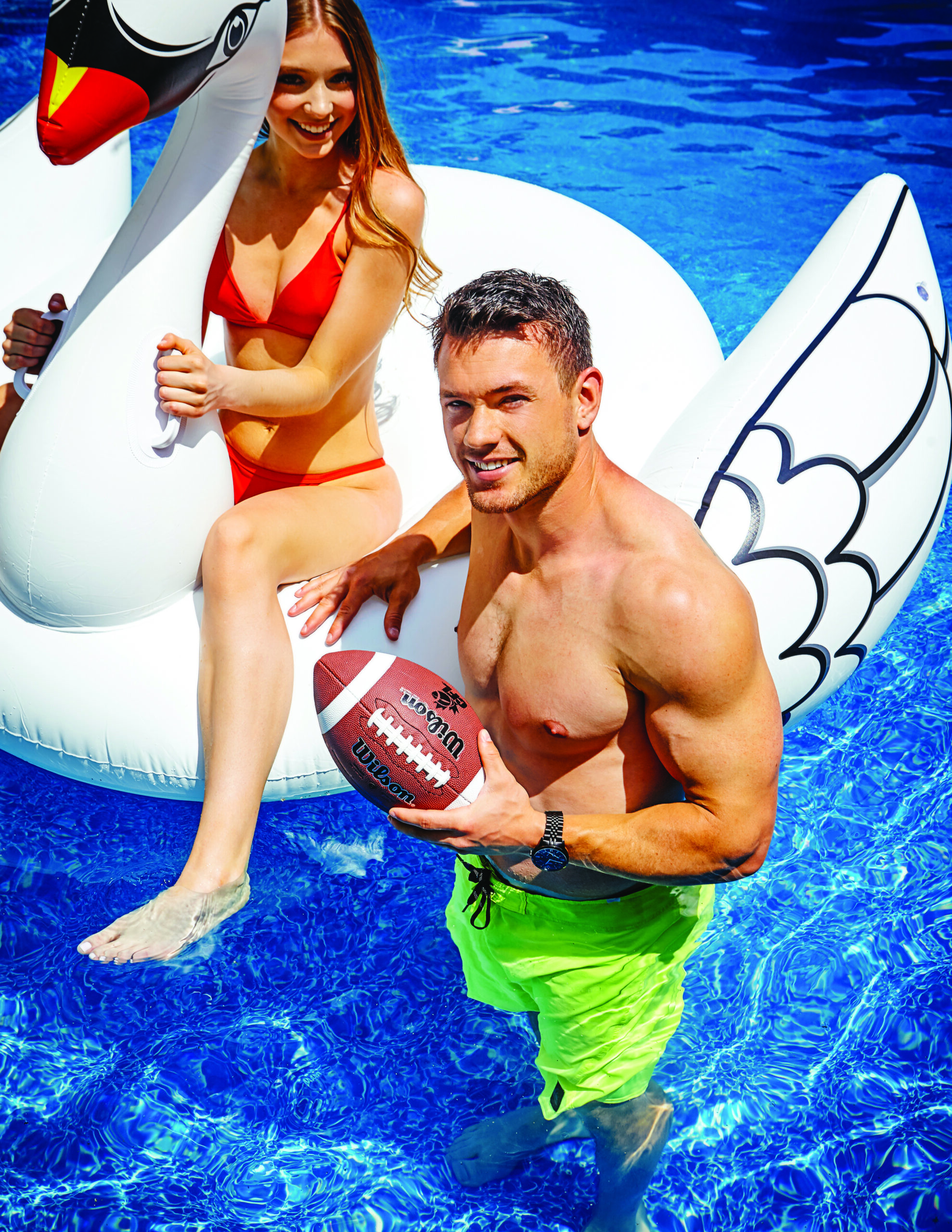 Ottawa’s own Grey Cup Champ is ready to make a waves in the 2017 season.

FM: What were some of your favourite parts of growing up in Halifax and when did you first start playing football? Did you have a favourite team to watch as a kid?

BG: I come from a navy family so I was born in Victoria B.C. And spent time growing up in Halifax, but Ottawa has been home for the past 18 years. I started playing football for the Cumberland Panthers when I was 9 or 10 years old and I started watching the CFL during the Renegades era here in Ottawa.

FM: Tell us a little bit about your experience at Ottawa University and what made you decide to stay in Ottawa for your post-secondary education?

BG: I absolutely loved my time at the University of Ottawa. When I committed to the university they were a top 10 ranked team in Canada and I wanted to be a part of their explosive offence. The relationship you build with some guys over the course of five years is life-long and as serious as university football can be. But, we never missed an opportunity to have some fun. The guys I played with still consider each other brothers and every time we get together it’s like nothing has changed.

FM: You played fullback for your hometown Gee-Gees team from 2009-2013 and had quite a bit of success on that team. What were some of your favourite memories from your time spent with the Gee-Gees and how do you feel it helped develop your game?

BG: Yeah, I played running back for the Gee-Gees for five years and got to experience playing in a Yates cup in 2010 and participating in the CIS east/west bowl and CFL combine. I was always surrounded by amazing players like Hec Crighton Trophy winner Brad Sinopoli which elevated my level of play. I was also fortunate enough to have some great coaching like coach (Jamie) Barresi who had CFL coaching experience.

FM: What was your initial reaction after signing with the Toronto Argonauts in 2013 and what was it like moving away from your hometown city to play in the CFL?

BG: I was very grateful to Toronto for the opportunity to play professional football. I wasn’t drafted so I had to earn my spot on the roster as a free agent and when I made the team I was a little unprepared. I had to figure out finding a car, a place to live, and how to ship all my stuff there but I always enjoyed my time there.

FM: After two years spent with the Toronto Argonauts, you made the decision to come home, as you signed with the Ottawa REDBLACKS. Was it difficult to leave Toronto or were you just as, if not more, excited to be coming back to play for your hometown city?

BG: It was actually a difficult decision to leave Toronto because I felt like I owed the organization for giving me an opportunity, but in the end, I couldn’t pass up playing for the Redblacks. I have been part of the Ottawa football community for so long and wanted the chance to come home and play in front of everybody who has supported me my entire career.

FM: What’s the chemistry like between the guys on the team and how important was this years’ Grey Cup Championship win to you and your teammates?

BG: The Redblacks locker room always has a ton of energy and is loud. The guys are all awesome, we get along well and have a ton of fun. The goal every year for each CFL team is to win the Grey Cup so it’s important to everybody but last year felt like we as a team were on a mission. In the end, our record didn’t matter because we never lost confidence and knew that we were going to outwork anyone we faced in the playoffs.

FM: In your opinion, is there much difference between the fan base/support in Toronto vs. here in Ottawa? How would you describe Ottawa fans?

BG: There really isn’t much comparison between the fan base in Toronto and Ottawa. Don’t get me wrong, there are definitely some diehard Argos fans but for the most part everybody walks around in Bluejays, Maple Leafs, and Raptors gear so the sports landscape is a little diluted. Here in Ottawa, the support is overwhelming. Redblacks apparel is everywhere, our games are sold out each week, and the Glebe is buzzing on game day. I love the lumberjack persona of the fans and the fact that I can walk around unapologetically in plaid seven days a week.

FM: Coming to Ottawa also meant that you’d be reunited with your former Gee-Gees teammate, Brad Sinopoli, as he’s also an Ottawa REDBLACK. How did he (and other teammates) help you with the transition of coming to Ottawa?

BG: There wasn’t much transition at all. I had played with some of the players, played for some of the coaches before and I am thankful the team opened their arms to me. Playing with Brad again has been fun, and he’s definitely one of the vets that you can go to in the locker room for guidance about anything. He takes his job real seriously but likes to goof around off the field so not much has changed since playing with him in university.

FM: What are some of your favourite things to do in Ottawa when you’re not busy practicing or playing football?

BG: I have a one year old golden retriever at home so he keeps me busy most of the time. In the summer, we take him hiking, running, and swimming in the Rideau River almost daily. I also love to check out live music. I have played guitar as a hobby for about 15 years so I love checking out live music at some of Ottawa’s bars and pubs.

FM: Aside from football, do you enjoy playing or watching other sports? Any favourite teams that you always cheer for in other leagues?

BG: Hockey was actually my first love, I was just better at football. I am a Sens fan and follow them pretty closely. I also love playing golf in the summer. I’m not good enough to take it too seriously so it’s all about having fun on the course.

FM: Do you have any superstitions or pre-game rituals that you always do before game-time?

BG: In university, I used to eat Spicy Doritos the night before I played – no real reason, I just love spicy Doritos – but I don’t do that anymore. On game day, I normally watch a couple movies to get my mind off football for a little bit because I tend to get anxious. Before the opening kick-off of every game, I yell as loud as I can for as long as I can to psych myself up.

FM: What’s one thing that most people would be surprised to know about you?

BG: I played in a punk/rock band in high school and CFL player was a secondary career choice behind rockstar at the time.

FM: When was the last time that you really changed your mind about something important and what caused it?

BG: I’m a certified strength and conditioning coach and I do some work as a strength coach in the offseason. As recently as a couple years ago, if you asked me questions about training or nutrition I would have given you one very specific answer. The more I read, coach, and train the more I realize that nothing is black and white and life is all about finding what is optimal for each individual. A lot of people need to get out from underneath the umbrella of what other people are doing and assuming that’s right for them. Paying attention to what you’re doing, how you feel, and what you need instead of looking outward can go a long way. Everybody is different and that’s okay!

FM: What can fans expect to see from the REDBLACKS this coming year and what’s the atmosphere in the locker room been like during the off-season so far?

BG: Fans can look forward to fast, no-fear football. Our goal will always be to win the Grey Cup but there is more excitement this year hosting it. I know myself and all the other guys can’t wait to get out onto the field again and play in front of the best crowd in the CFL.