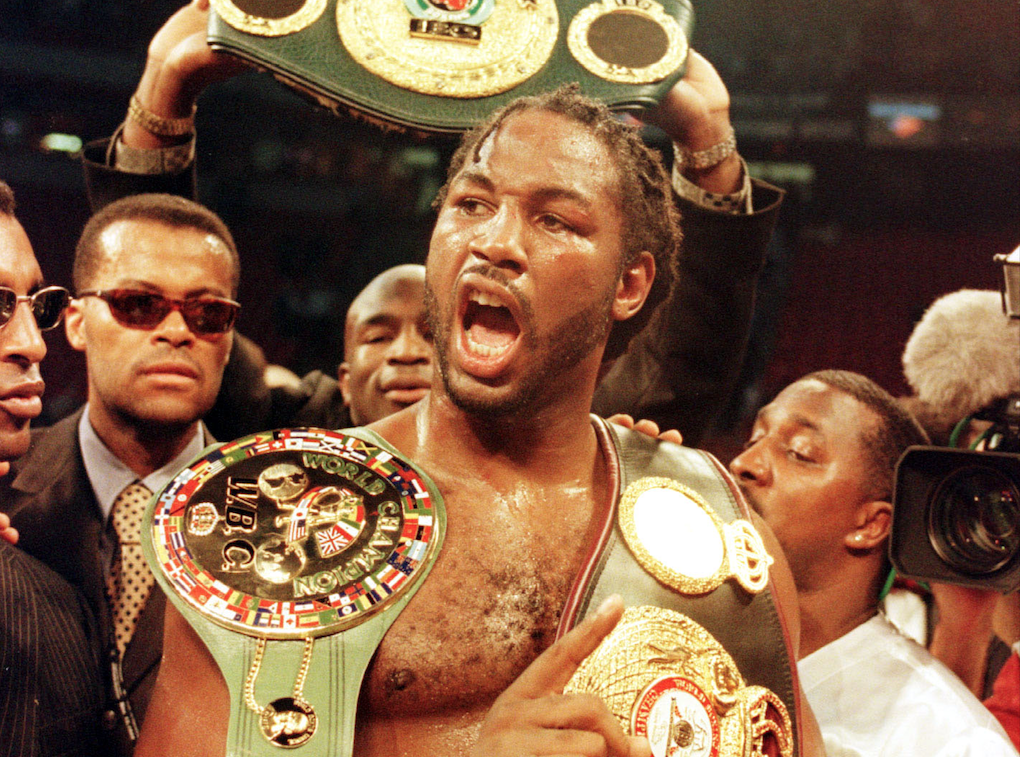 By the turn of the century, Lennox Lewis had established himself as the undisputed heavyweight champion of the world, and arguably Britain’s greatest boxer. But long before he was trading blows with men like Evander Holyfield and Mike Tyson, Lewis was learning his craft out of Kitchener, Ontario, having moved there from his home city of London as a boy.

Having made it to the ’84 and ’88 Olympic Games under the maple leaf banner, Lewis set about proving himself on the world stage – eventually going so far to as to capture the gold medal for Canada in the super-heavyweight division. The last boxer to have won gold for Canada, Lewis’ professional career built on this success and led to record-breaking bouts against

a host of boxing’s biggest competitors. Here, Lewis chats exclusively to Faces about his early memories of sport in Canada, his life post-retirement, and the ways in which he is giving back to the community that raised him and the country that gave him the tools to become the undisputed champion of the world.

If we go back to the start of your career, what are your memories of your life in Canada?

ost of my life living there was an athletic life. It was always basketball, football, in my early ages, and then discovering boxing and realizing it was an individual sport and you don’t have to depend on a team. So, it was easier for me to get into and adapt into and it all depended on me. I went to two Olympics with Canada, in ‘84 and ‘88. I lost in ‘84 to Tyrell Biggs, and then beat him 3 years later in professional, in 3 rounds, knocking him out, stopping him, just to show how much I’d improved since the Olympics. This was a man who beat me in the last Olympics and then I’m coming back and beating him as a professional. So that was good for me to get back at him like that – and shows how I changed from my time in Canada to becoming a champion on the professional stage.

You mentioned preferring outside training to being in the gym – does that stem from your time in Canada?

Is there a parallel universe where Lennox Lewis isn’t a boxer?

It was always boxing. One time I went down to Lackawanna, Buffalo, to play basketball for my high school. Everybody was 5’5”, and I was like 6’ 5” – and every time I went up for a basket I had five guys jumping over me, jumping higher than me, every time. And they were all like 5’5”. I realised quickly that basketball wasn’t going to be my sport.

What I did find was that all the sports I did play really helped my boxing. The footwork and handwork in basketball and football, or table tennis for eye co-ordination and quickness, volleyball for quickness, anticipation; all of the different sports I did during my time in Canada really fed into and helped the boxing.

You were the flag bearer for Canada at the ’88 Olympics, how did that feel?

It was great. Being in two Olympics was great, and to be able to carry the flag and be the flag bearer was unbelievable – I still have my t-shirt from that day!

Do you put your Olympic gold up there with your world titles?

Yes, it is. Although no one remembers the bronze in ‘84 – only the gold in ‘88. I don’t know – I was one of these athletes, for some reason, I didn’t want silver or bronze. I only wanted gold. Nobody remembers the silver medallist.

Do You Keep An Eye on Canadian Boxers?

I’ve actually opened a League of Champions Foundation for kids, and we’ve done four camps in Jamaica, and then we put one in Kitchener, Waterloo – that’s my hometown where I started boxing. And it’s been really well received.

I’ve noticed already with the Kitchener site, there are more girls boxing out of Kitchener than anywhere else so there must be something in the water! I have to admit, when female boxing first came out I wasn’t really with it, but then I realised these girls want the same things I got out of boxing, they want those same things, so there’s no reason why not. People like Laila Ali, she was my first female boxer I liked – she was great!

Did your career change when you became a parent?

What I did was I watched for it, so that it couldn’t change me at all. I retired before that actually happened. That was very much a conscious decision, because I couldn’t understand people taking the sport so seriously when you have a kid on the way and you’re travelling with your family. The focus isn’t on you then it’s on your child. Once you become a parent you have to forget about yourself, it’s all about the kid. I was selfish when I was a fighter. There were situations where girls would want a baby, and they would want it now. And as an athlete you have to watch out for that and make sure it doesn’t happen to you because it can make your career a lot shorter, and life a lot quicker.

I want them to do what they want to. They don’t have to fight. I didn’t have to fight. I look at my son now, he’s in drama class. When I went to see him at his school, everyone was shaking my hand saying ‘wow, your son’s a good singer, he’s a good actor’ I was like S***! This is kind of weird’; I thought people would be shaking my hand saying he’s a great fighter, he’s going to be a champion!

What advice would you give to a young boxer looking to emulate your success?

But you’re not really seeing that movement, all you’re seeing is that you did a lot of work, you threw a billion jabs, a billion right hands, and it’s getting you somewhere. You’re able to travel to different regions of the world and display your skill – and what you’re displaying is something good, it’s natural, and you’re gaining from that. You’re gaining because you’re winning, and people are looking at you and writing about you and so on.

Did you keep the potential purse separate from the professional win?

That was an easy one for me – they never remember how much money you make, they only remember what you’ve achieved.

Your fight with Mike Tyson was huge at the time – what made him different as an opponent?

It was the allure of both of us. For him, he was a rebel in the ring. he wants to hurt you – we all heard him say about punching the bone into my head and this and that. He looked at it all in a sadistic way, I looked at it in a sporting way. I’m trying to match my skill against yours and gain more points in this fight. 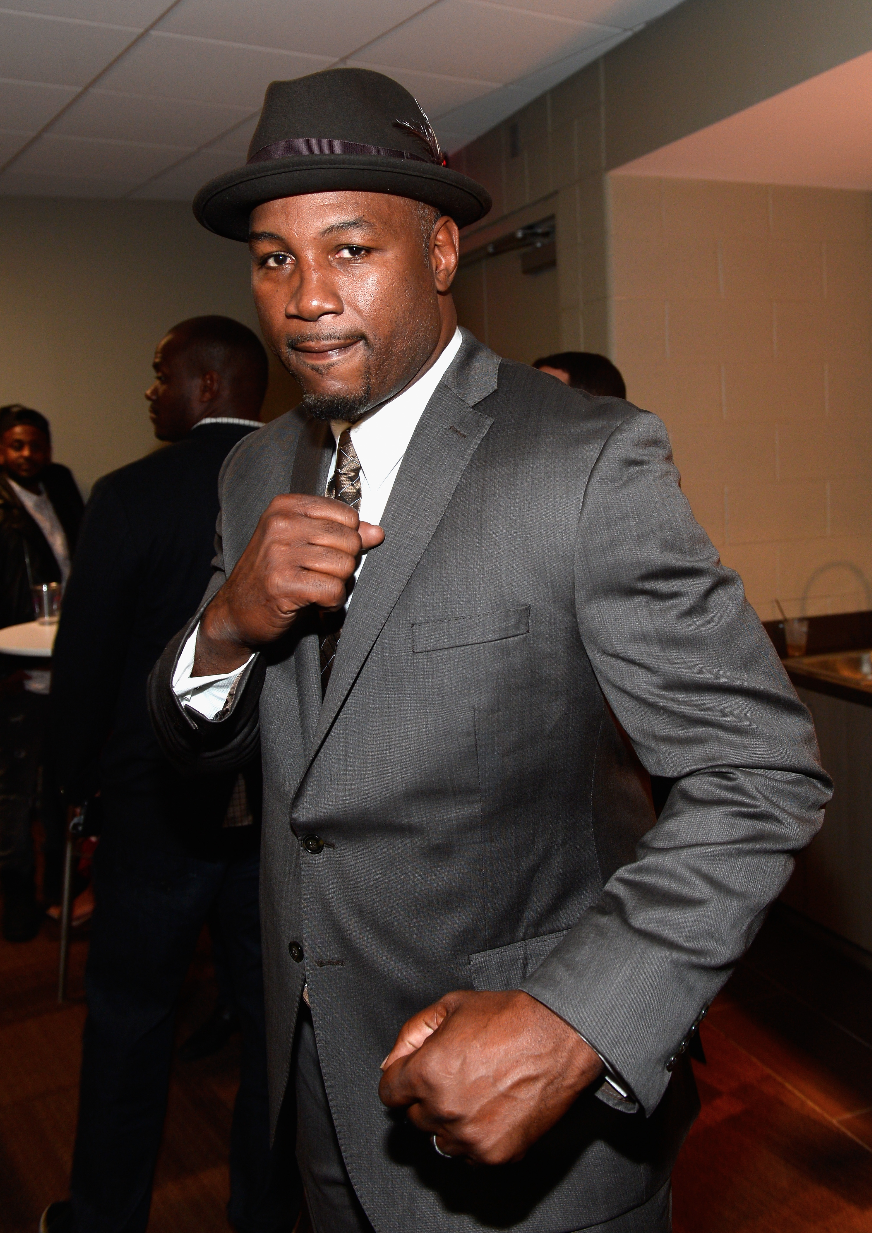 Was that your greatest knockout?

Not the Tyson fight – I’d say the Rock Rahman fight. He was a guy that had beaten me – he hyped it up. What people don’t realise is that I had to chase this guy around the world to three different judges to get him to fight me again – he couldn’t fight anyone else because he’d signed an agreement saying that he’d do the rematch with me. That was my greatest knockout – there was so much in it. There was so much hard work outside of the ring before, as well.

What do you do to relax these days?

There are so many things that are possible – commentating, League of Champions, going to different events and dinners, looking after my kids and business opportunities. A lot of my friends wanted me to get involved in the record business, but the whole thing changed, and you didn’t need a manager anymore you could just put your stuff out on the internet, you didn’t need a label anymore. So, there’s different aspects and things I can get involved.

I’ve done a little promotion, a little management. Now I’m managing a couple of fighters, from Jamaica, so I’m looking at other fighters and helping them with their career. My career is done now so it’s time for me to give back and help other young prospects and fighters out there to achieve their goals.

Are you hoping that that extends to Canada too?

Of course – and that’s why I chose Kitchener to hold my League of Champions camp over places like London and Birmingham. I want to do camps in those places eventually, but I wanted to give back to Canada because it was the place I learned my trade and I was given the opportunities to become a champion. I always say that I had to leave Canada in order to further my boxing career – and I don’t want other kids to have to do that, really, I want them to be able to come to Canada to progress.

Funding is a massive issue. I look at the Olympics sometimes and there isn’t even a full team of boxers – in Rio, there were no heavyweights. It was a big disappointment. So obviously money is a big issue, because you’re trying to attract the best talent, the best trainers, and keep them on.

What do you hope your legacy as an athlete is, and continues to be?

A person who did it his way… I lived by the rules, I was very focused. And just like I’m doing now, I always do things my way. 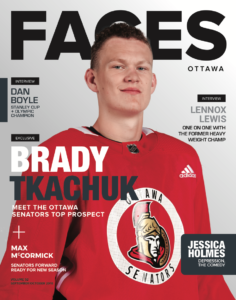