Catherine McKenna was elected as the first female Member of Parliament in Ottawa Centre in 2015 and has made it her mission to inspire and better the lives of Canadians across the country. She has since started the Running Like a Girl campaign in order to encourage all people, especially young girls and women, to follow their ambitions and persevere through everyday challenges.

Before becoming a Member of Parliament, McKenna made an impact by co-founding Canadian Lawyers Abroad, a charitable organization that aims to help Canadians make a difference in the world. It was shortly after starting the organization that she decided to run for politics.

Since taking her position as MP, McKenna has been appointed Minister of Environment and Climate Change. She has been diligent in advocating the importance of climate change awareness and fighting to change the way Canadians live. She recently hosted the Women Leaders Kicking It On Climate Summit, which brought together climate leaders across various industries to discuss solutions to advance the Paris Agreement. Minister McKenna is passionate about the promising advances that we’ve made in the name of improving the environmental quality of Canadians, including a national climate plan, the second phase of our Light Rail Transit, and investments into energy efficient social housing. McKenna feels that empowering women on these issues will play a key role in our success as a country. “I’ve found that in negotiations women are great at figuring out how to find common positions and how to be ambitious, which is important because we still have a lot of work to do.” 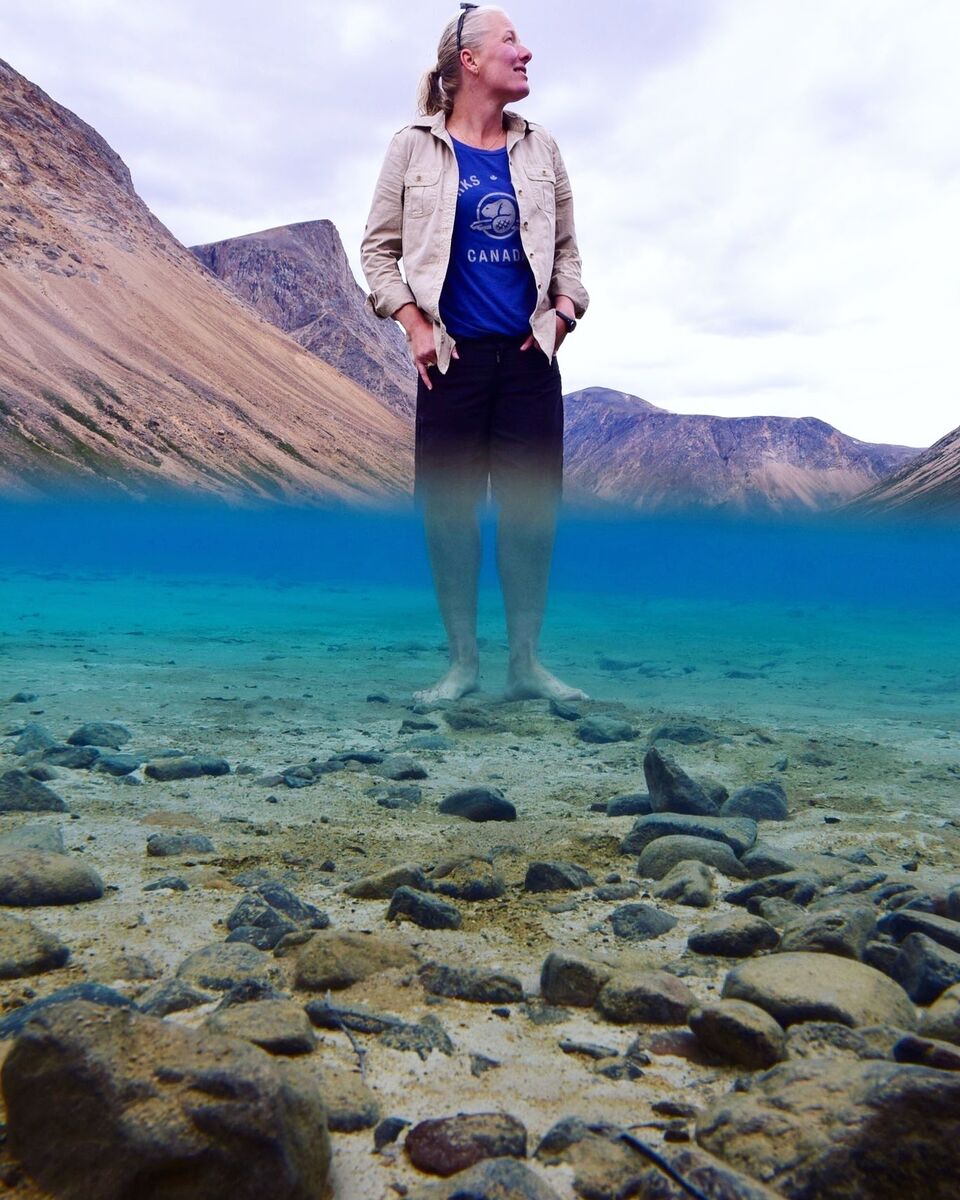 How did it feel to be elected the first female Member of Parliament, and what kind of message do you think that sent to younger generations?

People say that it’s so hard for women to run, and I used to think to myself “Gosh if I don’t run, I’m not helping to show women that we can run and we can win”. Pretty soon after I was elected, I had someone ask, ”How is your work-life balance?” It was that day where I decided that I didn’t want to be booked between 6 and 8 so that I could be home when I wasn’t travelling. That’s also when I realized that it does actually make a difference being a woman and mother. Surprisingly, some of my earliest supporters had never been involved in politics, they were mothers who knew my children and who shared my interests. We never called mothers and daughters to action but one of the things that made me proud during my campaign was having all of those mothers and daughters participate without being asked.

It is also my responsibility to do what I said I would do, which is being true to myself. My top priorities are my kids. I love this job and work extremely hard at it however it is very easy to be unhealthy and to lose sight of the fact that we all have lives. We have other people that are important in our lives and we all need time for ourselves, so I have tried to make that a top priority for me as well. 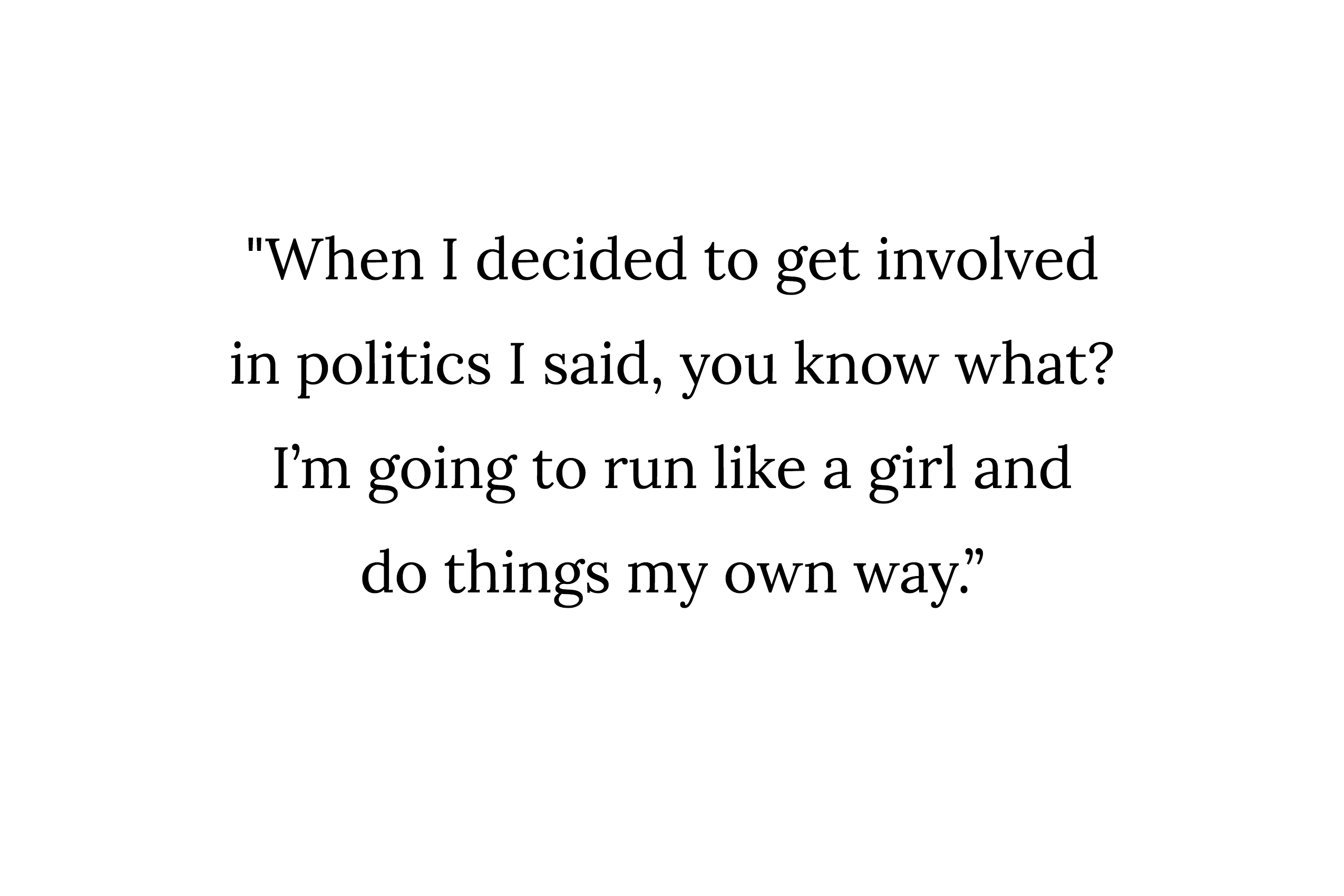 In May, you hosted the Women Leaders Kicking it on Climate Summit. What was the idea behind the summit and what discussions took place?

The idea to host the Women Leaders Kicking it on Climate Summit was inspired by the fact that there are really amazing and strong women across the board that I have met on the climate file. These are indigenous women, businesswomen and other environment ministers. The idea was to bring them together to celebrate and to figure out how we were going to continue pushing forward. I’ve found that in negotiations women are great at figuring out how to find common positions and how to be ambitious, which is important because we still have a lot of work to do. It was also great because I was able to do it in Ottawa at one of my favorite places, the Museum of Nature. We also went to the Wilson House, which was on Beach Lake, and we even went for a hike while we were there. The hike was an opportunity to connect with nature and allow for women to network and get to know each other. It was amazing meeting lots of great connections domestically and internationally. We’re going to keep pushing really hard for the Paris Agreement, which will be a challenge, but we have some really great women working with us. 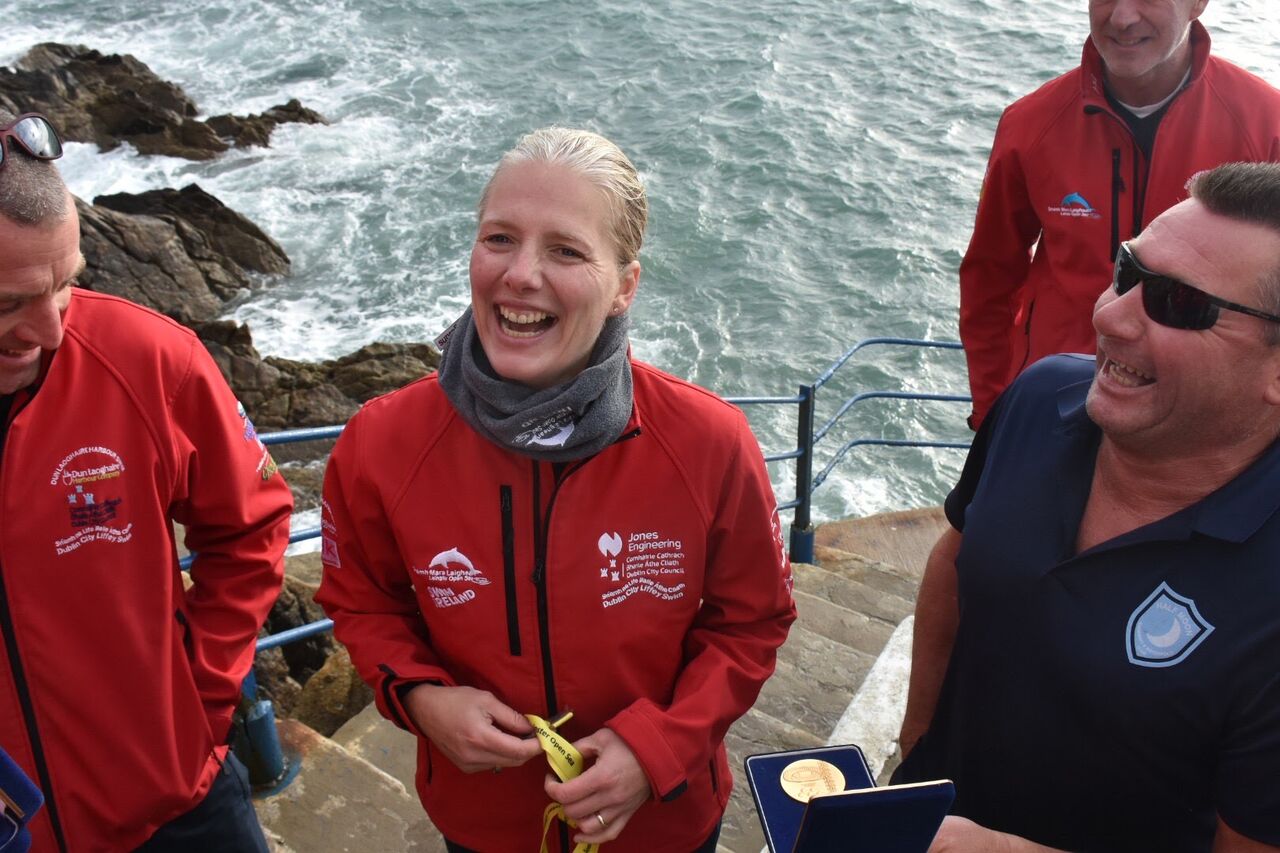 What is the impression you were looking to leave people with? Specifically, what did you want women to gain from this conference?

Overall, my biggest goal was figuring out what we could do to keep momentum on the climate file. It is also very important to create connections with people because, I know that I have had a lot of my success due to the networks of people that have supported me. It was a really positive experience to be there and motivate each other. I feel that many of us have had challenges and, unfortunately, there is a lot of hate on social media specifically towards women who work on climate, so I felt that having a conversation about that was also very important. Overall, the conference was very effective as we have mapped out what we need to do, and I’m looking forward to seeing many of them next week in climate negotiations.

How do you feel that climate action can contribute to gender equality and the empowerment of women?

I saw that we do have extremely empowered women who were at the conference, but not every woman is as empowered, I often speak about how women can be disproportionately affected by climate change. This is because often in developing countries and areas where you are at risk for extreme weather events such as hurricanes or droughts, you have single mothers and women who are responsible for providing for their kids. Getting food and water when an extreme weather event occurs becomes more difficult for them. Mothers are usually the ones who have to figure out how they are going to keep their kids safe, and for example go longer without water during a drought. There is a lot of opportunity to learn from these women who are impacted, which is why we’ve been focused on getting more women at the negotiating table. I have noticed women to have a different style of negotiation, which has proven to be very practical and very direct. I must give a shout out because I have a great public service, both men and women, but our climate negotiating team is lead by our lead negotiators who are women. 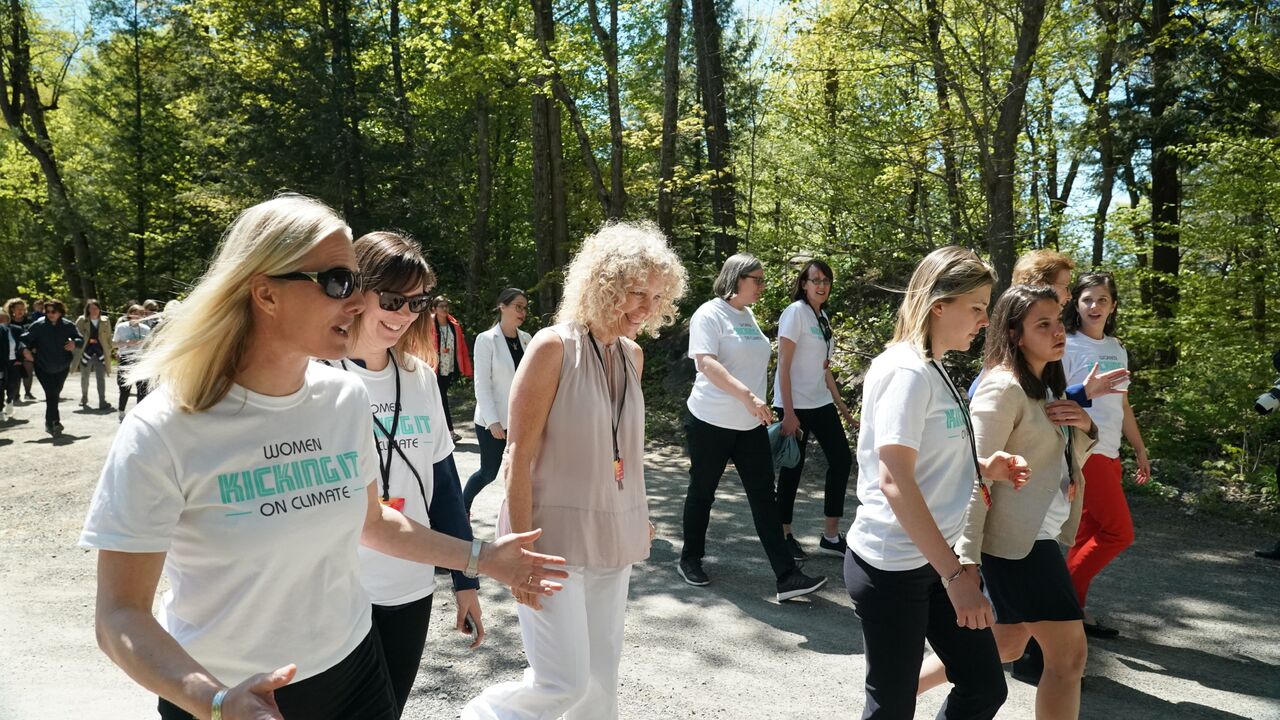 What are some accomplishments that Canada has already made in the fight against climate change?

Starting at the beginning, when I arrived at the negotiations it was really clear that we were committed to climate action. We did two things that I think were important: One, we came with members of the opposition, premiers, business leaders, indigenous people and students. We showed that climate negotiations go beyond just the federal government, and that everyone needs to be part of them. That had an impact because people understood that we need people to be here and talking to indigenous people. We were then able to get women and indigenous people reflected in the Paris Agreement. Since then we have lead a number of initiatives including the Powering Past Coal Coalition, as it is important to get businesses off coal. If we are going to tackle climate change, every country has to get off coal and they need to have a target. The US has stepped back, so we have really stepped up internationally. We are hosting a meeting with China and the European Union to bring people together. On a domestic front that is very important because if you think about all that we have been able to do locally, there is a lot. We negotiated a national climate plan, the second phase of the Light Rail Transit which we committed to, and we are also investing in energy efficient social housing—because I believe that people who can least afford it should have the most energy efficient homes so that they are able to pay their bills. These are all real things that can have the biggest impacts on people’s lives. People in the National Capital Region really care about action on climate change but they also care about their jobs, so it is great to see a lot of people and companies that are in clean tech and clean innovation. If you go to Bayview Innovation Centre, you will see a lot of examples of that, but I see examples of that across the board, which is very exciting. 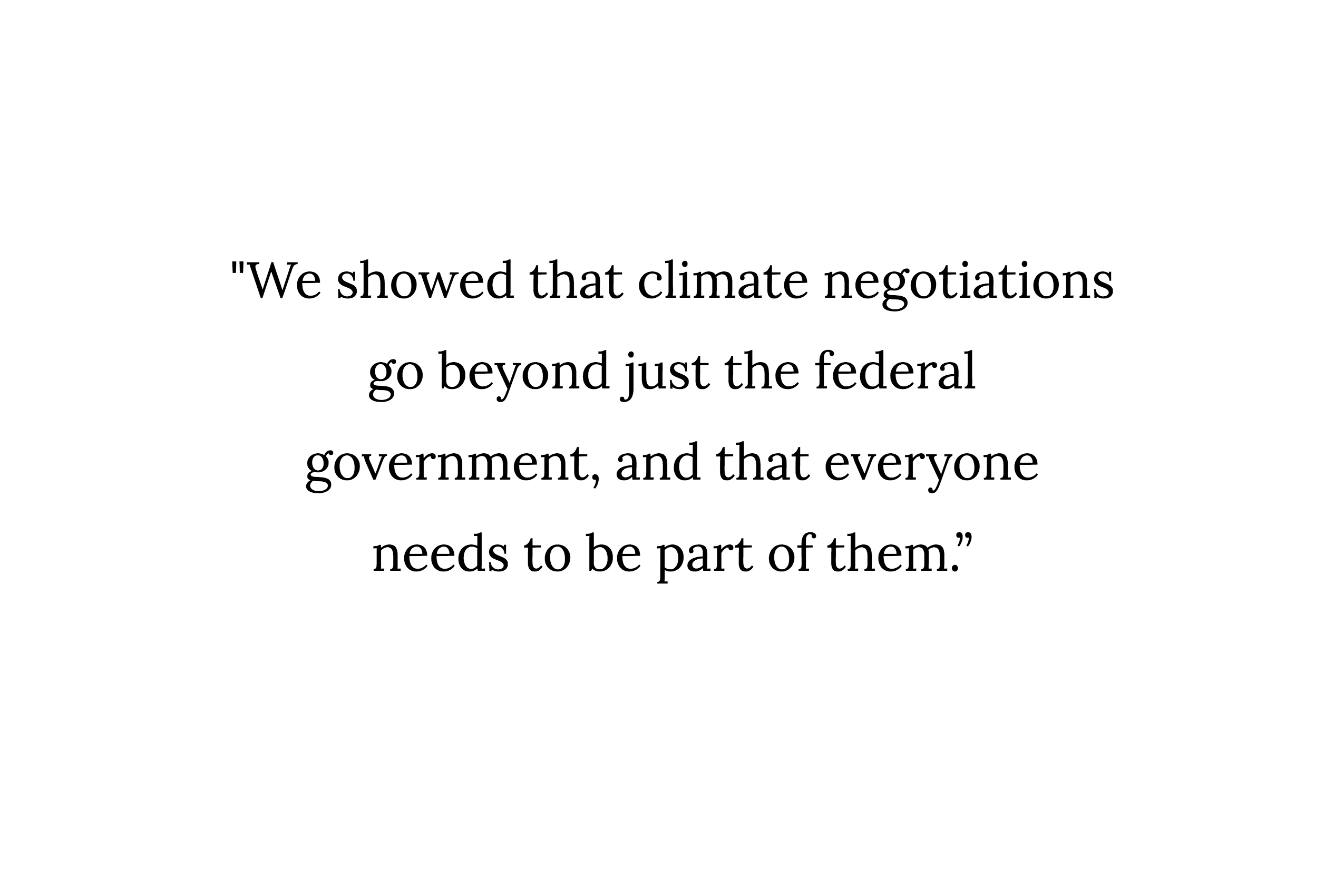 Tell us a bit about the Running Like a Girl Campaign that you’ve founded?

Running Like a Girl is really about staying true to yourself and deciding you are going to go for whatever it is that you are ambitious about. I have done a number of events including runs, but specifically I did an event where we brought together women and girls, as well as men, to speak about how we need to get more women involved in politics. At the event, which is non-partisan, we had people announce that they were running which was very exciting—we even had a girl announce that she was going to run for high school president. I came up with the tagline after reflecting back to when I was on a co-ed soccer team when I was younger. When the boys told me that I ran like a girl, I didn’t like it and I tried to be tougher, to not run like a girl. But when I decided to get involved in politics I said, you know what? I’m going to run like a girl and do things my own way.