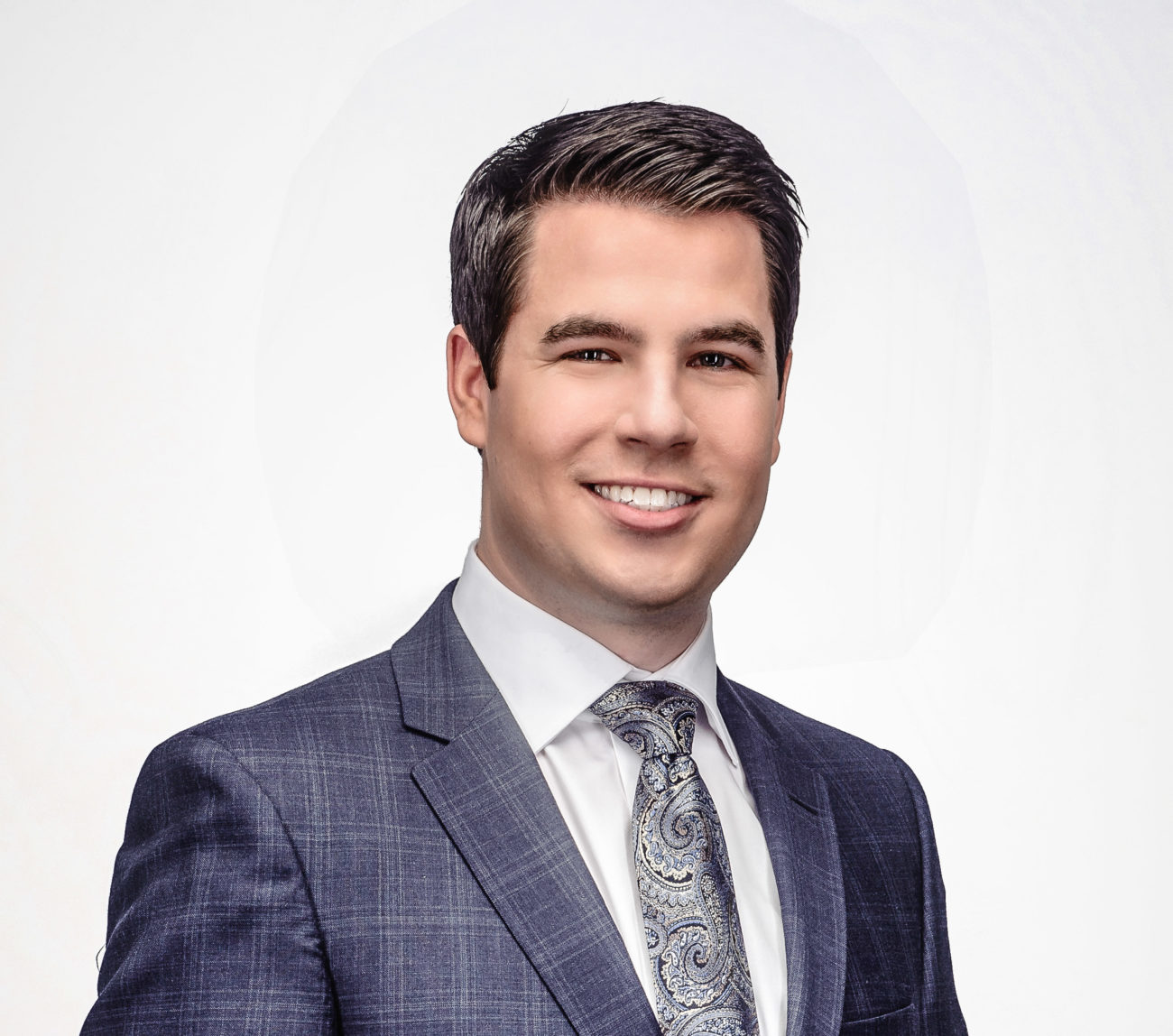 After completing his university education in Nova Scotia, and enrolling in the College of Sports Media in Toronto, Matt Skube began his broadcasting career in his hometown of Thunder Bay. He attributes much of his early success to the ability to showcase his personality, which he did through humour and fun as a weekend sports anchor. Since Matt was a local, he knew his way around town, he had a network of contacts, and was able to show viewers who he was, all of which allowed him to jump right into his job and never look back.

Just two short years later, he made the move to Ottawa to work for CTV in 2013. Now, he’s on to another challenge in a bigger market, anchoring CTV News at 5 in the Nation’s Capital. Matt and his wife, Tricia, just welcomed their first baby in February and are adjusting to their new life as a family of 4 (that math adds up if you read on). We chatted with him about his adventures in storytelling, his passion for giving back in the community, and all the little things he loves about Ottawa. 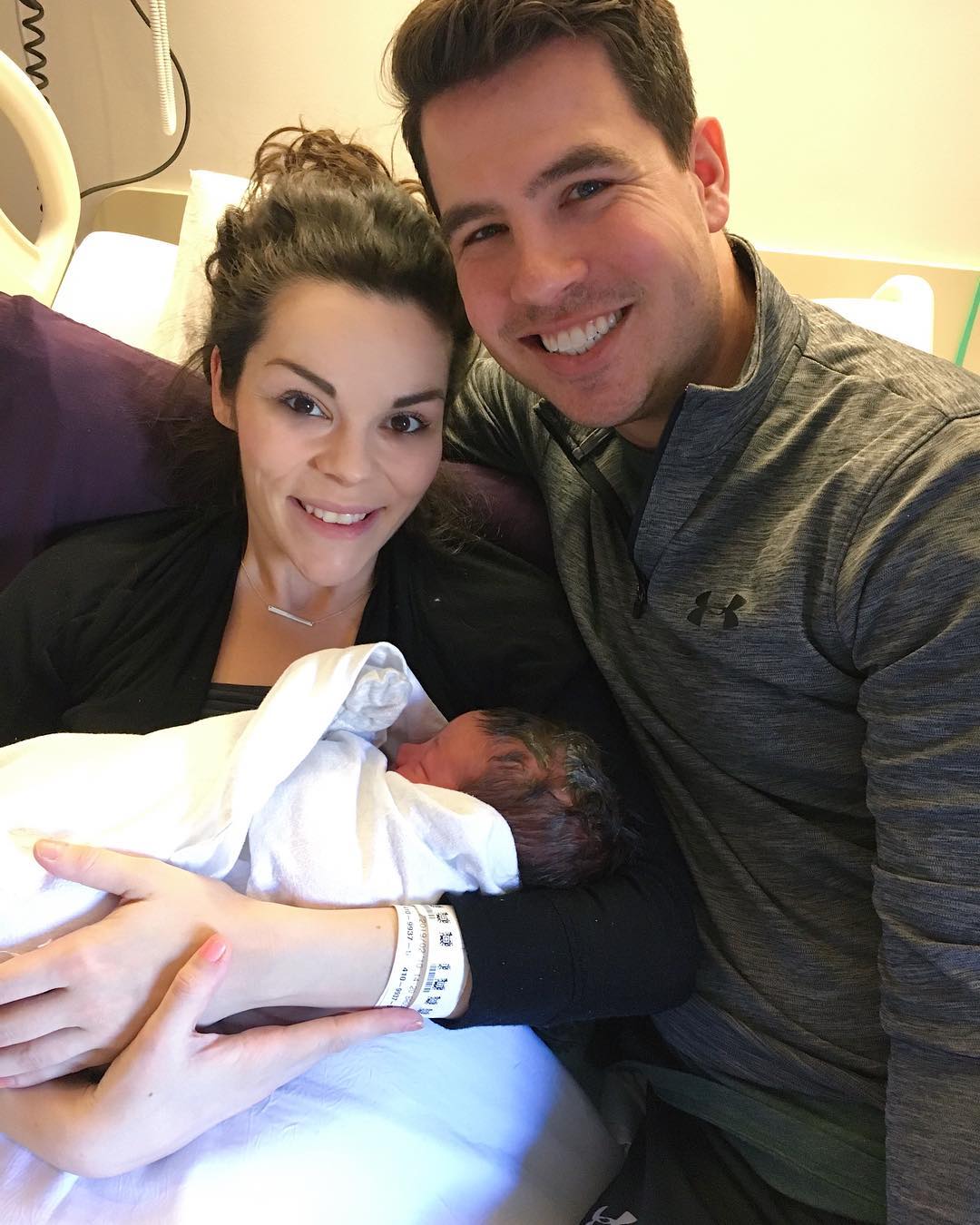 Why are you so interested in telling news stories, and what got you hooked on this career path?

From a young age, I learned that everyone has a story to tell. When I was a kid, I talked to people all the time – ask my mom! One of her favourite stories to tell is when I was about 7 or 8, we were riding the subway in Toronto after a Blue Jays game. The rule was always not to talk to strangers, especially in the big city, but it took me all of two minutes after getting onto the train to ask the older man sitting next to me, “Did you go to the game?” That turned into a 20 minute conversation about the Blue Jays, the Maple Leafs and a few other topics. I’ve also loved reading for as long as I can remember. There’s something special about being drawn into a story and escaping reality, no matter how briefly.

Clearly, storytelling has been ingrained in me for a long time, and there is no story too small or seemingly unimportant. They’re all different, they all matter, and I feel a strong sense of responsibility to tell them with the outlet I’m given each day. It wasn’t until university at St. FX that I really started to think about it as a career. I was able to broadcast games and became the sports editor of the school paper, the Xaverian Weekly. I got hooked and the rest, as they say, is history.

Since 2013, you’ve worn many hats with CTV Ottawa. What has your experience been like in your different roles there?

I’ve loved it! Starting out filling in for J.J. Clarke on CTV News at Noon, Six and Late, was a little bit daunting because it didn’t take me long to figure out what an institution he is in this city! That said, I’ve enjoyed my journey so far. Every role offers something different. Anchoring at the desk is an opportunity to be involved in every aspect of the newscast.

Reporting is the opportunity to be out on the street, talking to people about what matters to them and determining what’s important. Doing the weather allows me to show a little more of my personality. In addition, having a weekend radio show on Newstalk 580 CFRA, and doing sideline reporting for the inaugural REDBLACKS season on TSN 1200, helped my development as a broadcaster.

In media, as well as in a growing number of workplaces, versatility is now an essential skill. Gone are the days of only having one role and one responsibility. You have to be adaptable and willing to do what it takes to get where you’re going. I’ve never turned down an opportunity to be on the air, regardless of what medium it was or what it entailed.

Coming to Ottawa was a far move from home in Thunder Bay. What are some of your favourite parts about living here?

Ottawa is the big city that doesn’t feel like a big city. In many ways, it’s like a small town. One of the things I love the most is all of the green space and access to the outdoors. Whether it’s along the Rideau Canal, the Ottawa River, or Gatineau Park, there are so many great areas to run, bike, hike and play. One of my favourites is the Dominion Arboretum, especially for taking our Golden Retriever, Gus, for walks.

It may be considered cliche, and while I do my best not to use them, one of the other great aspects is that there’s always something to do in Ottawa. When’s the last time you went to Parliament Hill, either for a tour or to see the changing of the guard? (It’s closed for 10 years now for renovations, but finding out that hockey pucks are used as door stoppers in Centre Block was interesting! Not everywhere though. Be sure to ask when it re-opens!) Or visited a new exhibit at one of the many museums? Gone to a 67’s or Champions game; gone bowling (seriously one of my favourites!); played music bingo? There are so many things to do and it only takes a little bit of effort to find something for everyone.

I also like to explore. It could be walking through a community like the Glebe or Wellington West and checking out a new spot to eat (shoutout to the foodie scene!), or going on a search for treats or running along a new route. I don’t do it nearly as much as I should, but there are a lot of unique pockets in our city and it’s always an adventure!

You’re a big community guy with a passion for supporting local causes. Is there a specific charity that holds significance for you?

I’ve been fortunate enough to do a lot of work with Ronald McDonald House since I arrived in Ottawa. Their entire team, the work they do, and the role they play for families with sick children is nothing short of amazing. They also have two family rooms in CHEO that people may not know about. Sitting in there, listening to people’s stories and being able to provide simple things like coffee or a place to do laundry, means so much to parents who may feel like their world is coming apart.
I’m also starting to get more involved with mental health initiatives and programs locally. This is something that hits home for me in a lot of ways. 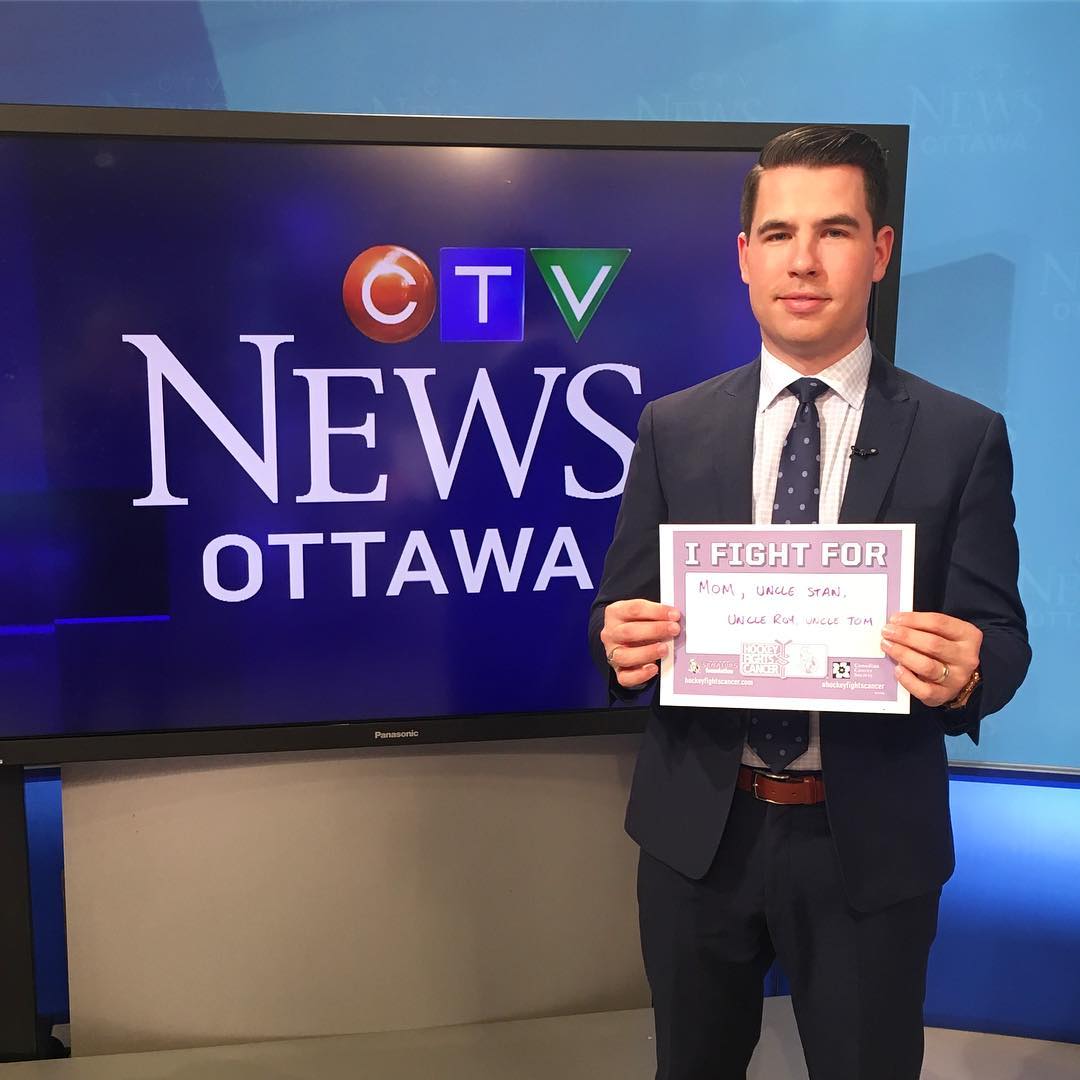 What is the best advice you’ve ever received working in broadcasting?

Two things immediately come to mind. The first is from Jim Van Horne, former TSN broadcaster and an instructor at CSM. When talking about storytelling, he told us that “imagination is better than knowledge.” You can know everything there is to know about a topic, a person, a sport, or a business; but if you can’t communicate it effectively and in a unique way, no one is going to pay attention.

The other is actually from James Duthie’s book “The Guy On The Left.” In it, he talks about finding “the juice” of a story. In other words, it’s the question broadcasters should ask themselves every day – why do people care about this? Why is this important? Duthie’s way of describing it as the juice stuck with me and I’ve been using it ever since.

What’s next for you in your career?
I’m planning to be in Ottawa for quite a while! I love anchoring CTV News at 5 and being a part of the team in the capital. The newscast in the 5 o’clock slot is only a year and a half old in Ottawa, so I’m looking forward to growing with the show and discovering where it goes. One of the things my grandfather has always told me is “don’t be complacent,” so I’m always looking for ways to improve on my performance and look at how we might be able to improve. The only wrench that could be thrown in there is if TSN came calling…but don’t tell my bosses that!

What is your advice for finding balance between work and family life, especially in a job that isn’t your average 9-5? How are you adjusting to being a new father?

First off, being a parent is the most wonderful thing in the world. I never knew I could spend so much time just looking at a human being.
My advice would be to do the things that are important to you. It can get hectic because things can change quickly in my business, but as long as you’re able to roll with the punches and not get caught up in the weeds (eg. that project at work or your partner being home a little late), things will be good. 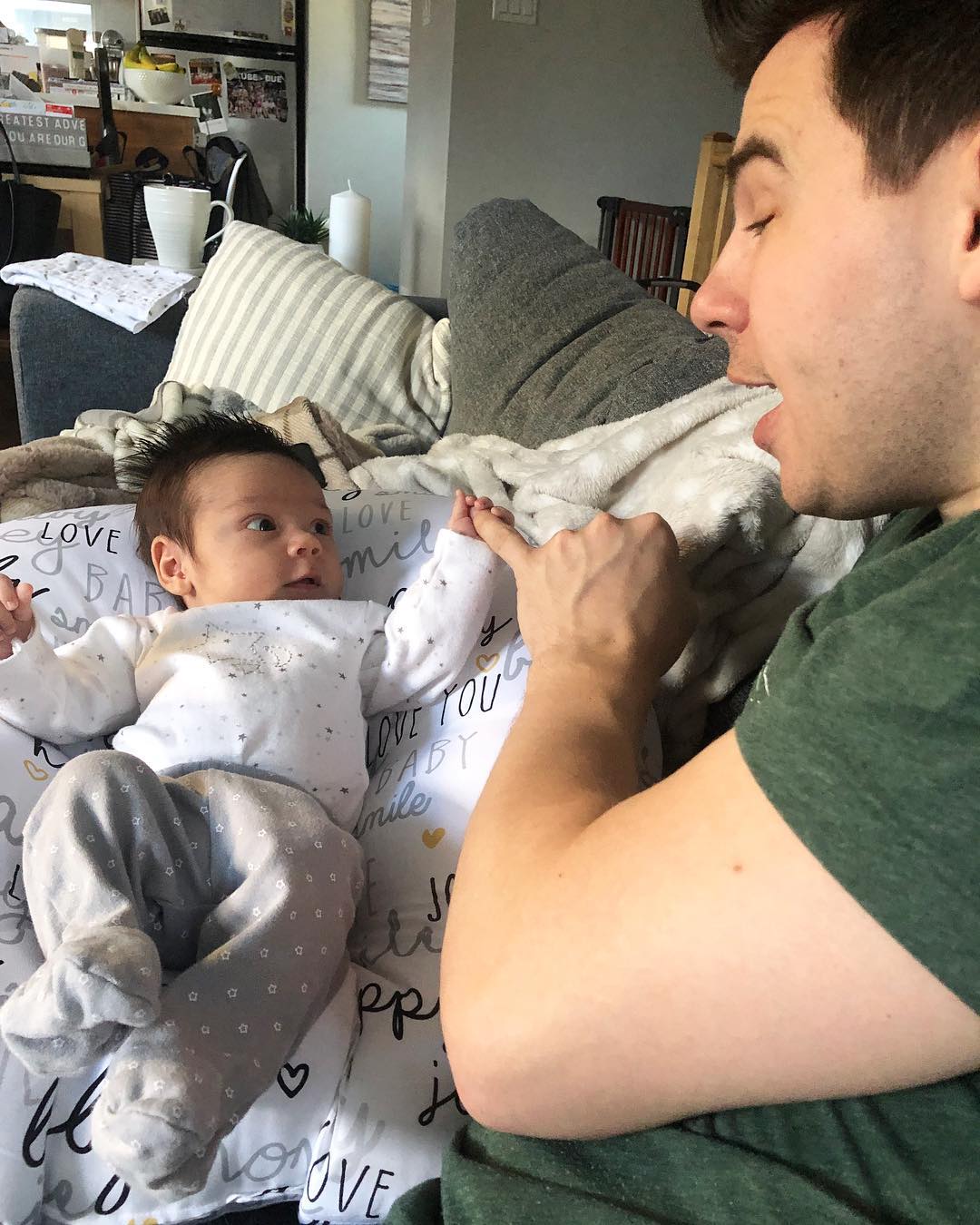 How Much Coffee is Too Much? A New... 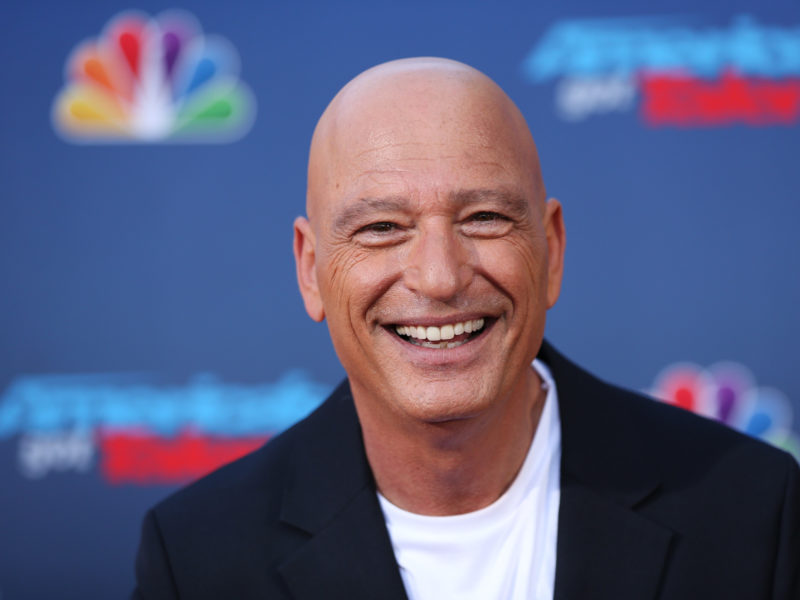