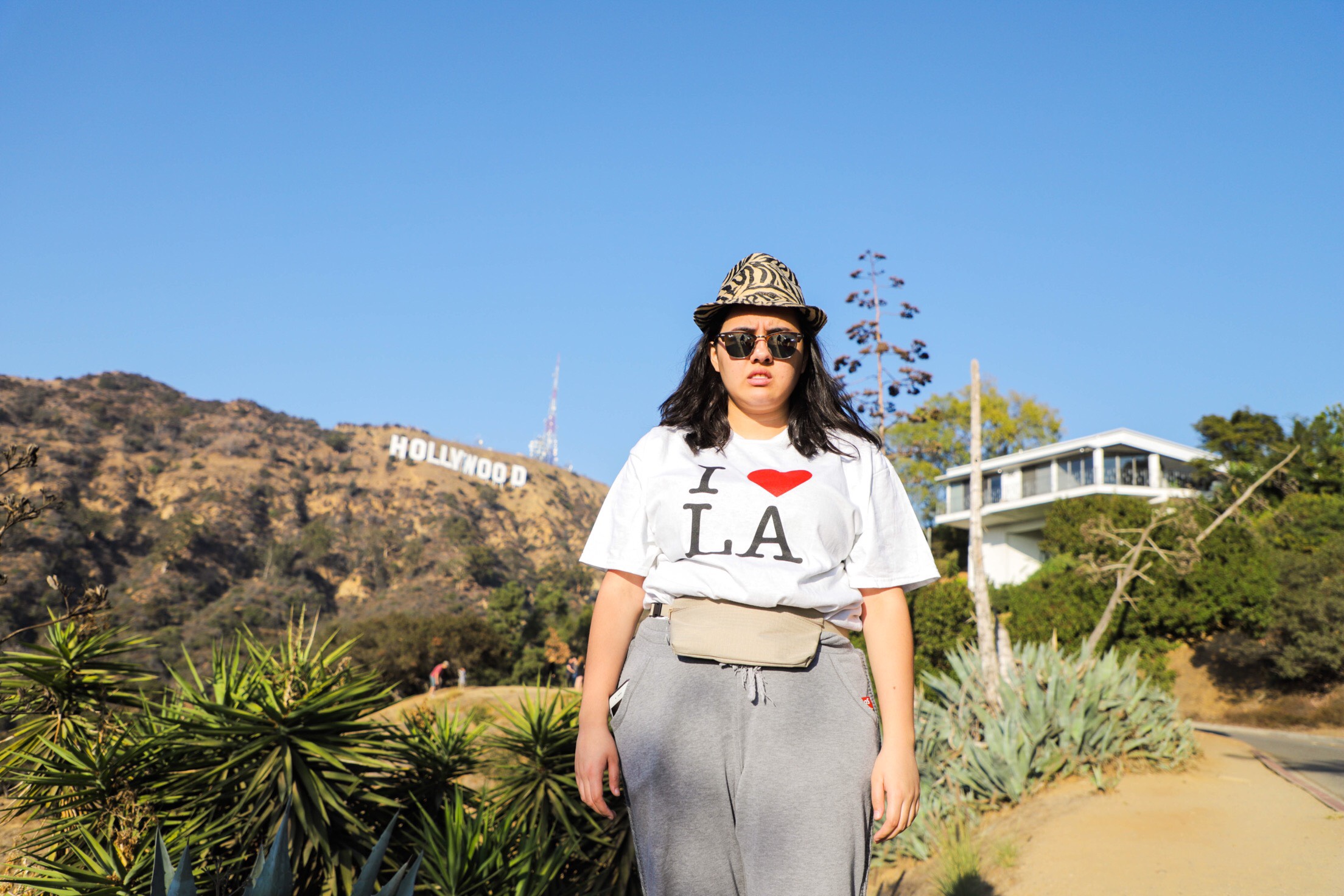 You may know her from her trending video “COMING OUT”, a playful yet inspiring story of coming out in “Elle Mills Style”.  Ottawa’s favourite YouTuber produces quirky and creative videos that have sparked the interest of local and international followers. Interviewing Elle only confirmed that this girl is a wonderful mix of funny, smart and imaginative.

Her unique videos have gained a large following by tapping into some of society’s hottest topics. She jokes about everything from Riverdale, to Tinder, to your first time going clubbing. Her videos are both hilarious and relatable giving her mass appeal from young adults.

Get to know the girl behind the webcam and hear about Mills’s tips for new YouTubers, her experience with cyber-bullying and involvement with the Me to We Campaign. If you’ve had a bad day Elle of the Mills can quickly bring you into a fit of giggles. Be sure to keep an eye on this Ottawa success story.

Faces Magazine: You were born in the Philippines but mostly raised in Ontario, including attending

high school in Ottawa. What was it like growing up in Ontario and living in Ottawa?

Elle Mills: Growing up in Ottawa was awesome. The area I grew up in definitely had that “small town

vibe” you see in movies and I absolutely loved it. The people are just such characters and

nothing ever changes here. It’s a great place to call home and come back to. I definitely

to have been raised here.

What is the best part about being a YouTuber in Canada’s Capital?

Honestly, the best part is that there aren’t many of us YouTubers here. Since there aren’t

many YouTubers in Ottawa, it means myself and the others receive a lot more perks from

local businesses, local events, and etc (which is always great). Also, I find that because it’s

so rare to be a YouTuber in Ottawa, there is a lot of excitement and awe that surrounds it.

In places like LA, YouTubers and the concept of YouTubers lacks that excitement

because everyone is so used to it and burnt out. So having that energy in

What was your inspiration to start making videos and sharing them on the Internet?

I’ve always loved making videos, for as long as I can remember. I used to make them on my

mom’s camcorder, then I upgraded to a webcam, then to my own camcorder, and then

finally to my own DSLR. I was also a massive YouTube fan growing up. I loved watching

YouTubers and had always hoped one day that I would be one too. I just practiced a lot and

put anything I made online in hopes that people would want to watch it.

A lot of your videos include your friends, family and even your old teachers. Do they

like being in your videos? How do you get them to agree to make an appearance?

Yeah, they all enjoy being in the videos! Like I said previously, there is a lot of excitement

be in the videos. But to be honest, I usually just start filming them without much

prewarning. There isn’t much negotiating and asking them in advance, because I find their

natural reaction is always much funnier, and it usually works out in my favour (laughs).

Your video ideas are extremely creative, like your video “If Stranger Things Were a

Romantic Comedy”. How do you come up with these ideas?

Thank you so much! You might roll your eyes at this answer, but genuinely, the ideas just

come to me. I don’t know how to explain it. I usually just try and think of things going on in

my life or in pop culture, and then turn it into something that hasn’t been done before or

that is something outside the box. To make up for my crappy answer, I will say that when coming up with ideas,

I’m usually thinking of the title first. The video is no good to me unless it has a good tittle.

You started your social media accounts while you were still in high school. What

was it like starting a YouTube channel at this time in your life? How did you balance

YouTube and school? Did your peers treat you differently once you started making

Starting the YouTube channel in high school was pretty casual. No one thought much of it.

watched (laughs). Seriously, my friends did watch them and they were supportive for the

most part, but they wouldn’t be my friends if they didn’t roast me a little bit (laughs). Balancing

the two was hard, which is why I didn’t really gain a following until after graduation since I

Consistency is key. I know that it’s hard with school, which is why you have to be dedicated

and time-manage well if you actually want it to succeed. Be sure to have fun with it as well,

but at the same time, make sure you are constantly posting and improving the content you

In June 2017, you received some unforeseen hate on Twitter for a few days for your

prom crasher photos. What was going through your mind during those days? Would

you have done anything differently to avoid it?

I haven’t really discussed that time of my life openly, but honestly, it was the hardest few

weeks of my life. I don’t think I’ve cried more in my life. I was very fortunate to have grown

up without getting bullied and to have been surrounded with good people, which is why I think

that hate hit me so hard. It was like going from 0 to 100 in a second. The hate really did

come out of nowhere and was extremely intense. The worst part of it all was people were

hating me for being myself and there wasn’t anything I could do about it. That being said, I

wouldn’t have done anything to avoid it. It gave me thick skin, a new perspective on social

media, and I think it made me grow better as a person. It was a good life lesson.

Tell us about the Spread Girl Love initiative (part of the Me to We campaign). What

made you gain interest in this campaign and why is it important to you?

While all the hate was happening, I took a break from Twitter, mostly because I knew

anything I tweeted after the prom tweet was going to get a massive amount of hate. So

during my break from social media, my sister, her boyfriend and I took a road trip to

Toronto and during that time, I really thought about bullying, hate, and such. I knew so

the perfect time to bring awareness to a great initiative. I did some research and discovered

girl-on-girl hate and also raises money for girls to go to school. I loved the message behind

it all and loved that the money raised was going to a good cause, which is ultimately why I

chose to bring attention to it.

Where do you want to go with your career from here? Are there any YouTubers you

would like to collaborate with or any videos you want to make?

constantly trying to make each video better than the other, and really focus on thinking

outside the box and challenging myself. Further down the road, I would love to dabble in

television and movies, whether that be in front of the camera or behind!

There are SO MANY YouTubers I would love to collaborate with. I’m a fan of so many that

Edwards, Niki and Sammy, and the list honestly goes on and on. We’ll see what fun stuff I

can get up to with other creators in the following year. Look out for it! 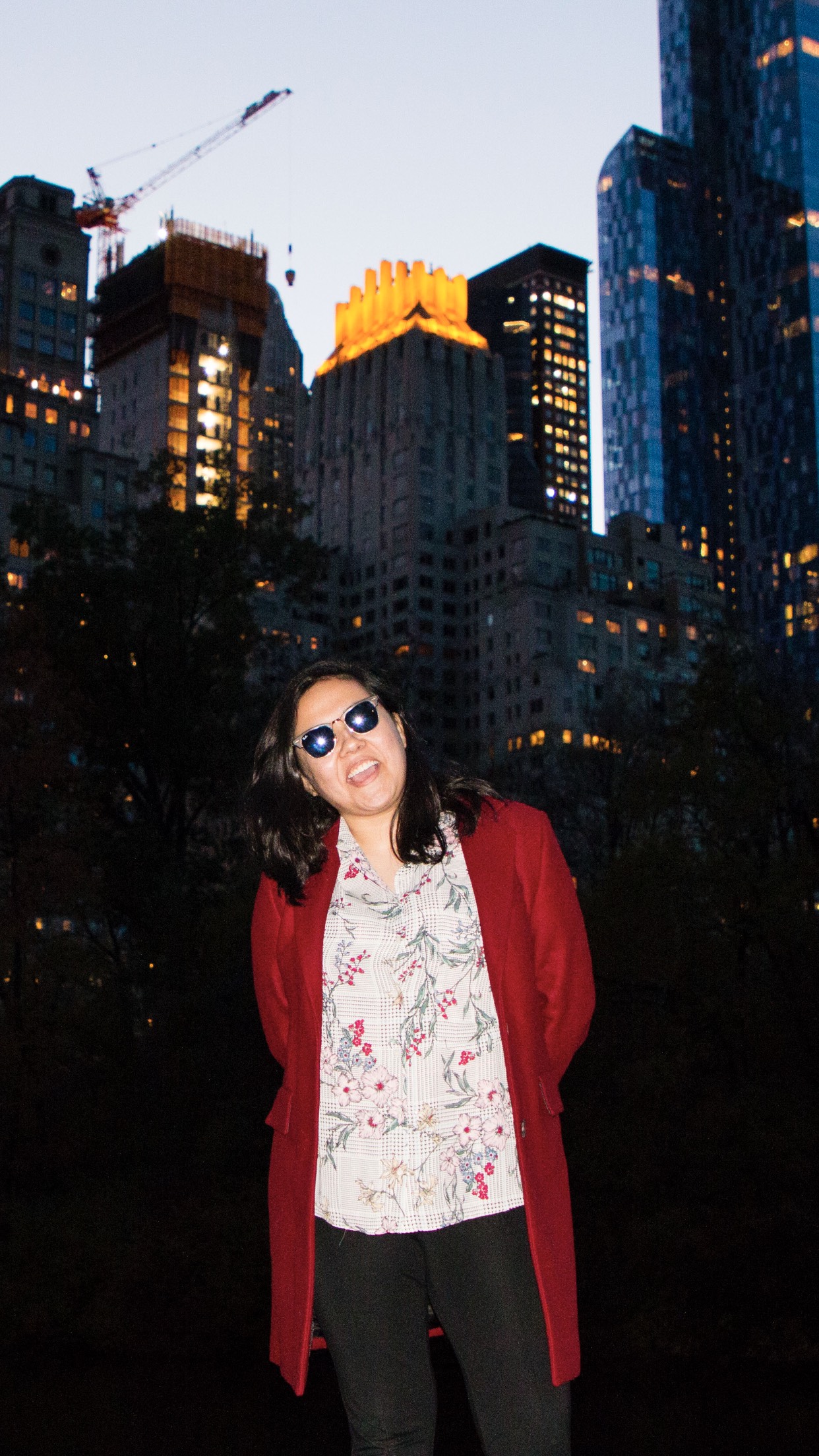