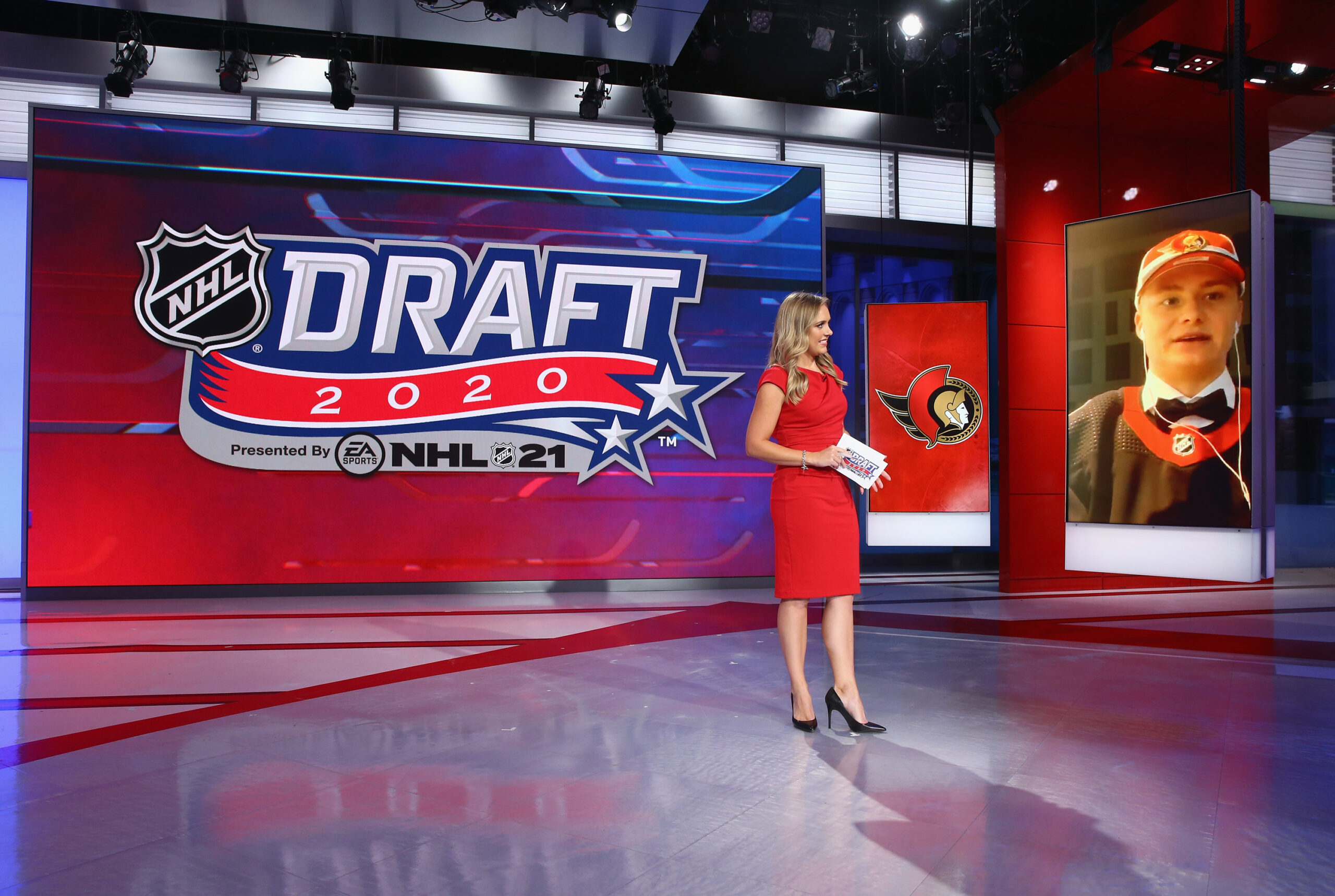 SECAUCUS, NEW JERSEY - OCTOBER 06: With the third pick of the 2020 NHL Draft, Tim Stuetzle of Mannheim Germany is selected by the Ottawa Senators at the NHL Network Studio on October 06, 2020 in Secaucus, New Jersey. (Photo by Mike Stobe/Getty Images)

The past 24 hours have been one, big glorious blur for the Ottawa Senators. Yesterday, the Sens unveiled their new throwback uniforms and then chose three excellent young players in the draft, and at least two of them have serious future superstar potential. That seemed like enough to absorb for now. But Senators’ GM Pierre Dorion got right back to work today, acquiring 26-year-old Penguins’ goalie Matt Murray, a two-time Stanley Cup champion.

“The acquisition of Matt Murray represents an important addition to our lineup,” said Dorion. “He’s a proven goaltender who has considerable high-pressure experience and someone who we’re certain will serve as an exceptional mentor to our young group of upcoming goaltenders.”

Murray becomes a restricted free agent on Friday, polishing off a three-year, $11.25 million contract. As a restricted free agent, the Senators’ goal will be to sign him to a multi-year extension and, chances are, the Sens made this deal knowing Murray’s camp was at least receptive to the idea. With his looming free agency, Murray didn’t cost the Sens much. They part with forward prospect Jonathan Gruden and a second-rounder, which the Penguins will use later today.

Murray had an .899 save percentage and 2.87 GAA in 38 appearances with the Penguins last season. He played in three playoff games as Pittsburgh was eliminated in the playoff qualifying round by the Montreal Canadiens.

Though very few fans are critical of the move, it is a drastic change of direction for the Senators, who appeared to be grooming their future number one goalie through their own prospect channels.

Speaking of which, the prospect cupboard is bursting after round one of last night’s draft. The Senators got German forward Tim Stutzle with the third overall selection then, two picks later, they claimed American defenceman, Jake Sanderson. Finally, near the end of round one, they also added forward Ridly Greig.

Stuzle thrived last season in German pro hockey, despite being a boy in a man’s league. His quickness and puck skills were on display all season, logging 34 points in 41 games. Sanderson won’t ever be confused as having the offensive upside of an Erik Karlsson but he plays an extremely solid, all-around game. He’s yet another Senator prospect committed to North Dakota. Greig had an outstanding season with the Brandon Wheat Kings in the Western Hockey League with 60 points in 56 games.

“I think it’s one of the biggest nights in this franchise’s history,” Dorion said. “When you add the quality of the number 3 pick that we added, a player whose offensive upside is unlimited; a player we felt was the best defenceman in the draft; and then you combine with the character and talent that Ridly Greig brings, we’re really excited.”

The Sens are the talk of the league today. Not only for their team improvements but for the outstanding, creative way they actually announced their first pick last night. Video of the selection went viral as Alex Trebek picked up one of the greatest assists in club history.