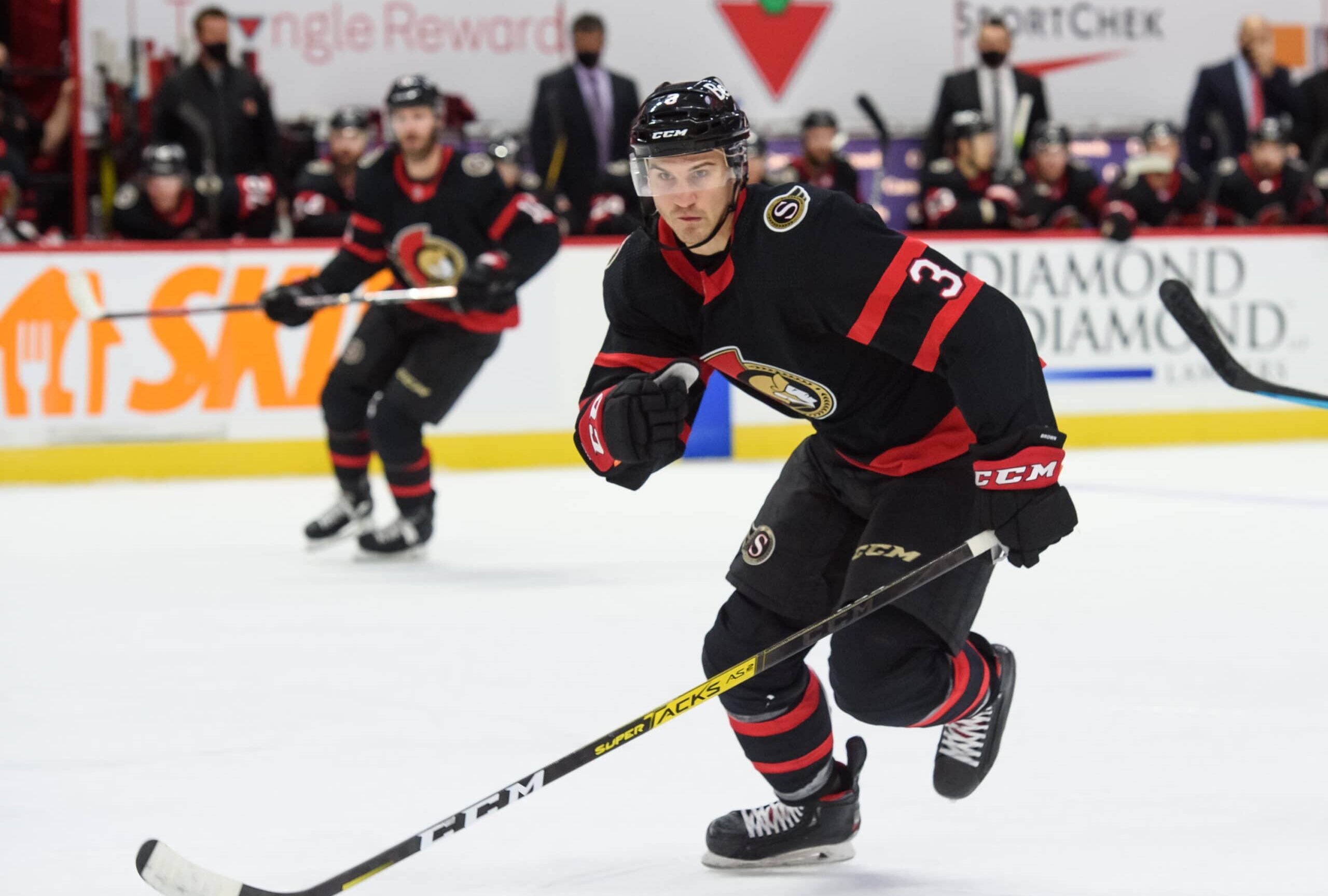 The Calgary Flames took advantage of a fatigued Ottawa Senators team on Sunday night, getting goals from six different players in a 6-1 win.

Calgary came out looking like the hungrier team, outshooting the Senators 6-1 through the first 10 minutes. Johnny Gaudreau finally broke through as he was sprung on a breakaway by Mark Giordano. The winger lost his footing as he was pressured by a backchecking Victor Mete, but was still able to backhand the puck through the legs of goaltender Anton Forsberg for his 19th goal of the season.

With the shot clock at 10-3 in favour of the Flames through 20, it was clear that they came to play.

The Flames extended their lead to two early in the second period as Michael Backlund scored on a quick shot from a tight angle just 17 seconds into the frame. Just over four minutes later, Matthew Tkachuk tapped in a pass from Gaudreau to make it 3-0, putting the Sens in a deep hole.

Calgary wasn’t done just yet as Michael Stone barrelled into the Ottawa zone and ripped a long range slap shot past Forsberg’s blocker to put the Flames up 4-0, ending Forsberg’s night in the process. Filip Gustavsson came in to play the last 30 minutes of the game.

A minute later, the Sens responded as Drake Batherson sent a nifty backhand pass to Josh Norris who swatted it in for his 16th goal of the year. While the goal ultimately meant nothing in the game, it preserved the Senators’ record as the only remaining team to have not been shutout this season.

The Flames added a fifth goal with 13:15 to play in the third as Derek Ryan made a sweet move around Nikita Zaitsev before feeding Dillon Dube for a one timer.

Giordano scored a power play marker with 6:07 remaining to seal the deal as Calgary walked away with the 6-1 win.

The loss snaps the Senators’ three-game win streak and six-game point streak while Calgary leapfrogs Ottawa in the standings with the win.

The Sens will cap off their season on Wednesday night in the Battle of Ontario as they take on the Toronto Maple Leafs at 8:00 PM EST.