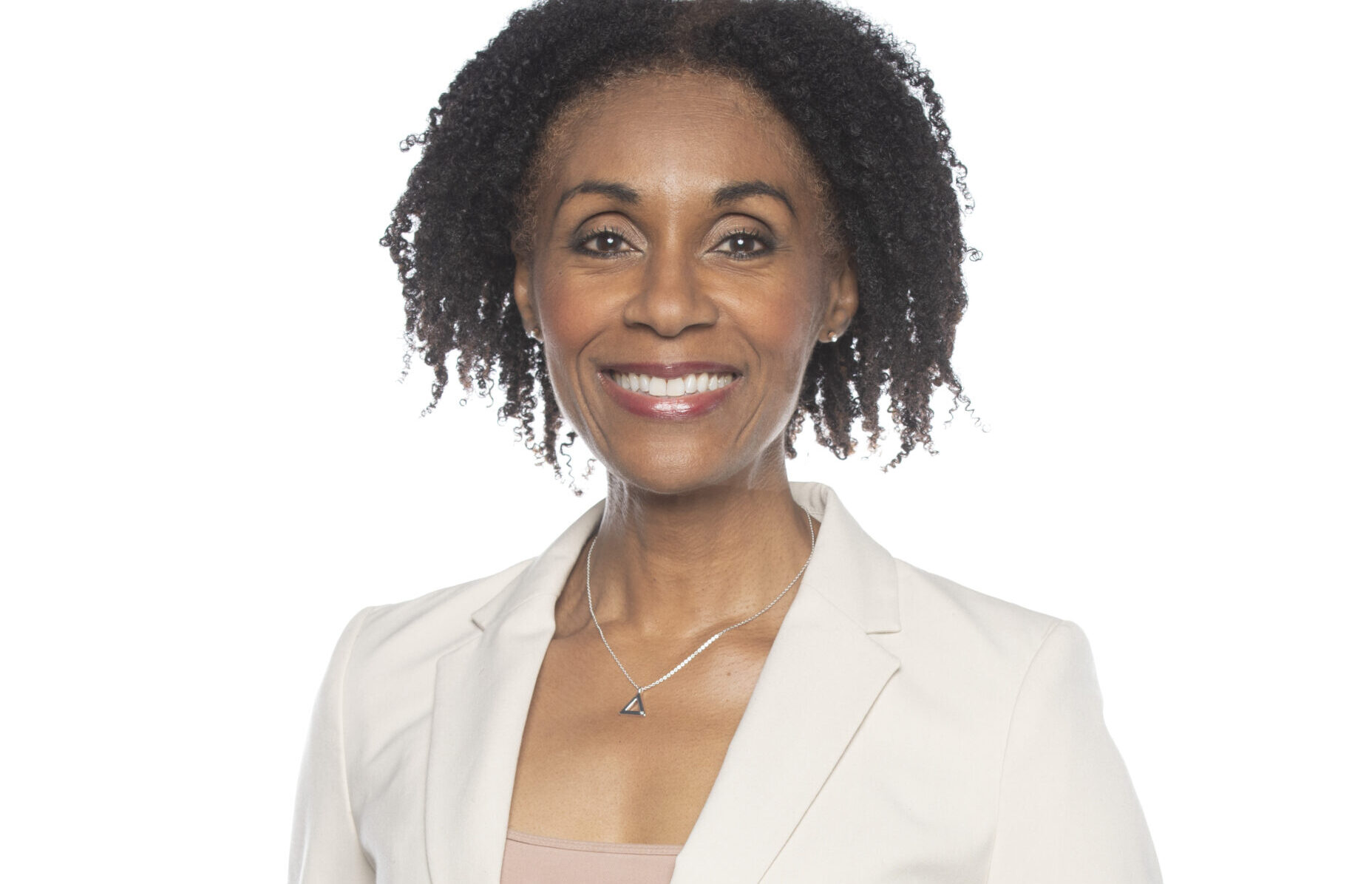 It has been almost a year since Rosey Edeh joined the CTV Ottawa Team as a familiar face on CTV Morning Live. The year was one that was characterized by change and challenge, both in the community and in the world of news media.But Rosey, who is also a three-time Olympic track star and gold medalist, is used to rising to challenges.

Born in London, England, Rosey and her parents of Nigerian descent moved to Canada when she was just five years old. Rosey grew up in Montreal, and it was here that she discovered a love, and talent, for Track and Field.

Rosey attended Rice University in Houston, Texas on an athletic scholarship. She was inducted into the Hall of Fame for her running performance in the 100 metre hurdles, and was 6th in the world at the time of her induction.

Rosey went on to compete with the Canadian Olympic Relay team for the 1998, 1992, and 1996 Olympics. She was part of the gold medal-winning 4 x 400 metre relay team, at the 1992 World Cup of Track and Field, which set a new competitive record. At the 1996 Olympics, she set a Canadian record in the 400m hurdles, which was undefeated for 23 years.
After her Olympic career, Rosey dove into the world of sports and entertainment broadcasting in Montreal. To her, the rush of live TV was similar to the adrenaline of being on the track. She began to forge a successful career in broadcasting, one that saw her take on roles with CNN, NBC, MSNBC, and now, CTV Morning Live, Ottawa.

We caught up with Rosey to discuss her early athletic career and Olympic highlights, her role at CTV Ottawa, and her best advice.

You had a decorated career in track and field, one that led you to the Olympic games not once but three times. What is the biggest lesson that you learned from your time as a runner?

My biggest lesson…stand in your truth, stay in your lane.

How did it feel to set a competition record and win a gold medal in relay at the 1992 World Cup of Track and Field?

It was intensely gratifying. Unlike all other track and field events, the relay is a team event. Running with three other competitors takes some of the edge off the high stress of international competition. That was a nice perk, but what really rocks is that undeniable sense of camaraderie you feel. You get so caught up in wanting to perform well and help your teammates that you just fly around the track thinking, “I gotta get this baton to my teammate as fast as humanly possible to put them in the best position to get us across the finish line first.” Running on a relay… it’s such a rush (pun intended)! 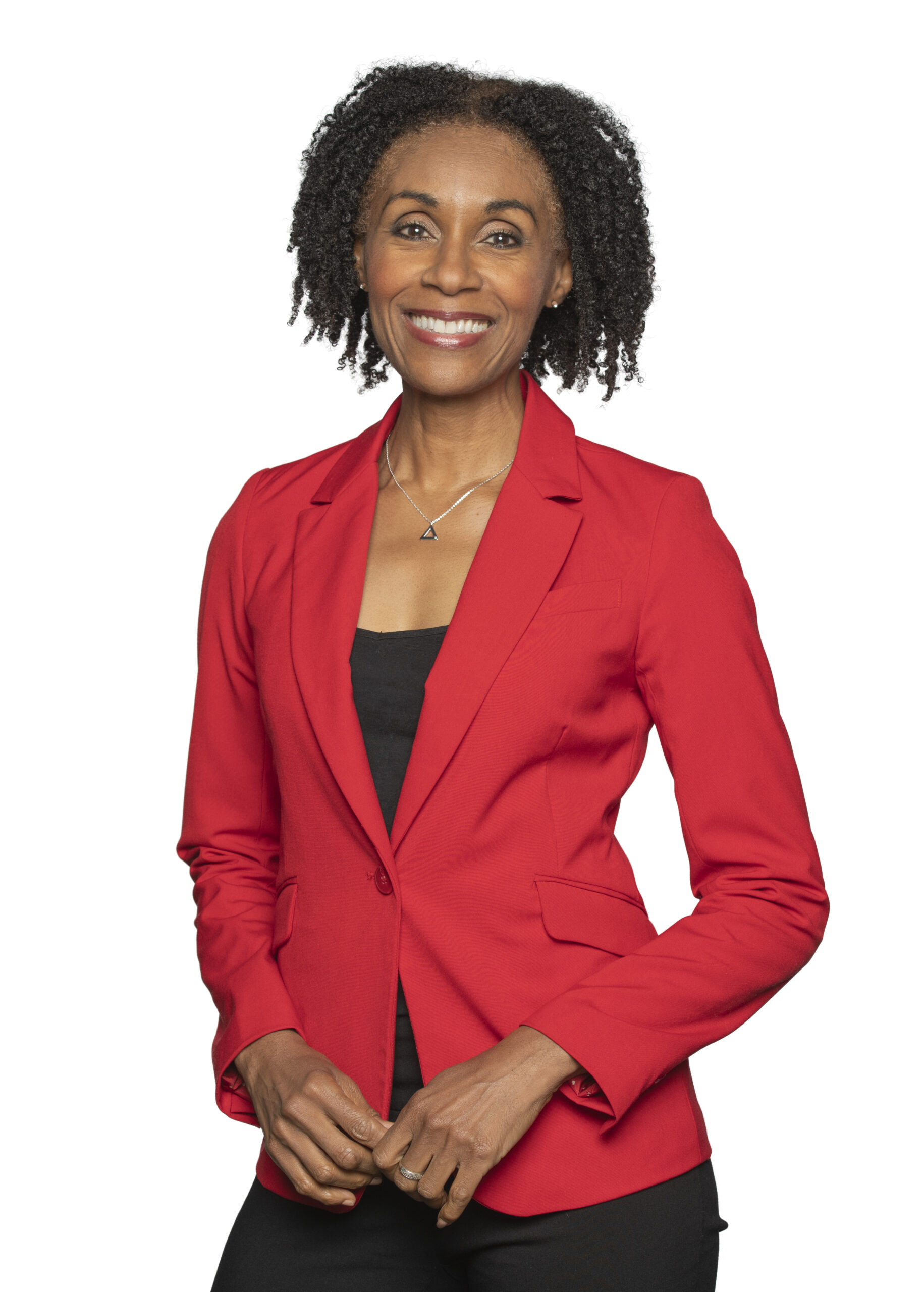 Your daughter has followed in your footsteps to become a track and field Olympian. What has been your approach in helping her to navigate such a highly competitive world?

My message to my daughter has been, be your biggest cheerleader, put your needs first and stay in your lane.

After retiring from track, you began a career in broadcasting. Did you find the transition hard? What was something that you found similar between your approach to running, and your new career?

I started my broadcasting career in sports and entertainment reporting at then CFCF-12 (CTV) Montreal. Live reports in downtown Montreal can be quite hectic, lots of distractions (honking horns, folks yelling) but I was able to quickly adjust and get on with reporting thanks to my ability to focus on the task-at-hand, a skill that was fine-tuned during my days as an Olympic athlete.

How did you know you wanted to continue in a career in reporting?

I felt the rush of live TV, the challenge of presenting a well-structured story with all its elements was a compelling challenge that offered a unique sense of purpose and focus.

Your career has since taken you to many different newsrooms in Canada and even the US. Has one particular city or role stuck out for you?

My current position in Ottawa at CTV Morning Live is a brilliant opportunity that has given me non-stop feels since I’ve arrived. It’s a mentally and physically challenging role, which I absolutely love. Live TV forces one to be mentally nimble and working on TV and radio (News Talk 580 CFRA) weekday mornings, results in 5 hours of non-stop deliciously involved news, weather and lifestyle reporting and interviewing that leaves me a better broadcaster each day.

What has been one of the most memorable stories you have covered in your career?

Tell us about your 2017 Documentary, Oliver Jones: Mind, Hands, Heart. What led you to take on this project? Why was it such an important story for you to tell? How did you enjoy working on this project compared to the fast-paced world of the newsroom?

I was compelled to write, produce and direct the documentary about a Montreal hero revered in the Black community. I wanted to give Mr. Jones his well-deserved flowers sooner rather than later. I adored allowing the story to organically unfold. My crew and I followed Mr. Jones on his farewell tour and captured some truly poignant, heartfelt, beautiful moments that will resonate for decades to come. I felt extremely privileged and proud to tell the story of a Canadian jazz icon that hails from the Black Community. I am grateful to have created the opportunity to contribute to a growing diverse body of filmmakers who tell brilliant stories about what this land means to them.

You joined CTV Ottawa in September of 2020. What was your first impression of the city?

CTV Morning Live, Ottawa is a news, weather and lifestyle juggernaut. Our dedicated team works together to bring our viewers what they need to start their day. I was floored with the abundant relevant news content and vital interviews we amass every day.

What is it like working with Annette and Leslie on the CTV Morning Live team? What is a typical day like?

We say a big old “good morning!” to each other every morning, but the chit chat is usually very little before the show. We each have a tremendous amount of work to complete before we hit the air at 6am and we are a dedicated lot, so don’t get in our way, we have news and weather to report!

What’s something many people don’t know about you?

I was born on the same day as Madonna and Angela Bassett (Not the same year!)

You are active on social media, and use your platforms to showcase success stories and highlight causes that are meaningful to you. What are your thoughts on the world of social media, particularly for young women today?

For me, it is about following peeps who inspire you and raise your energy to do good and be better.

What is the best piece of advice you’ve received in your career? Something that you’ve never forgotten?

Dream your boldest dream and aspire to it, stay in your lane along the way.