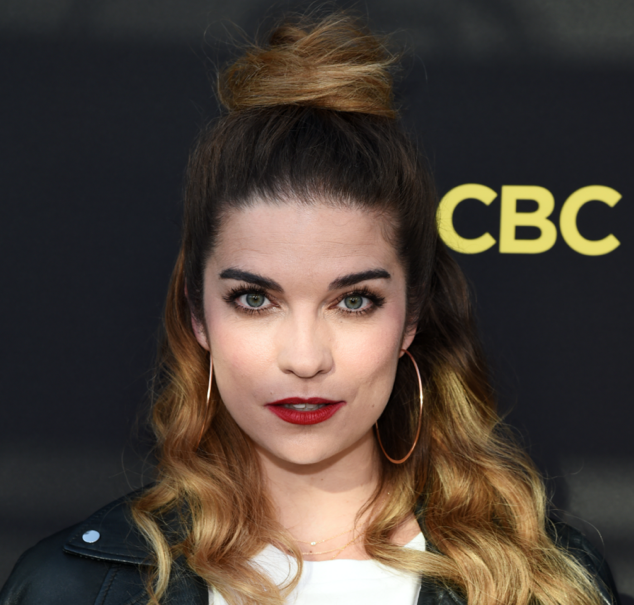 Annie Murphy is on top of the world. Winning the Emmy Award in September for her work in Schitt’s Creek is a fitting reward for the talented Ottawa native.  Seven years ago, she was in a state of utter despair.  She hadn’t worked in two years, she had only a few hundred dollars left in her bank account, and to heap even more misery onto her shoulders, her apartment had just burned down.  But then, as if a higher power saw the need to restore some hope to Annie’s world, she landed a life-altering audition with Creek’s series co-creator Dan Levy who was so struck by her that he immediately sent her tape to his dad, Canadian acting legend Eugene Levy, with the message:  “We found Alexis!”

That is how Murphy found her breakout role as Alexis Rose, a member of the wealthy Rose family clan whose financial collapse forces them to relocate to the miserable town they bought as a joke investment.  At first, Schitt’s Creek appeared to be yet another CBC series that would run a few years before inevitably coming to a premature end due to a lack of financing and distribution.  But the series found a home both in Canada and in the U.S. via Pop TV and eventually landed on Netflix where it gained a massive global following.

And today Schitt’s Creek is basking in Emmy glory, having just set the record for most single-season awards for a comedy series.  In addition to Murphy’s win as Outstanding Supporting Actress, the series swept the September 20th virtual ceremonies and collected nine trophies overall, including those for Outstanding Comedy Series, Actor (Eugene Levy), Actress (Catherine O’Hara) and Supporting Actor (Dan Levy).

Ironically, this belated albeit massive recognition for the Toronto-based production comes after Schitt’s Creek has just completed its sixth and final season. Although the 33-year-old Murphy already has her next TV show lined up on AMC (with yet another expletive-filled title, Kevin Can F**K Himself) she believes that her experience she had on “Schitt’s Creek” will be unlike anything else in her career. 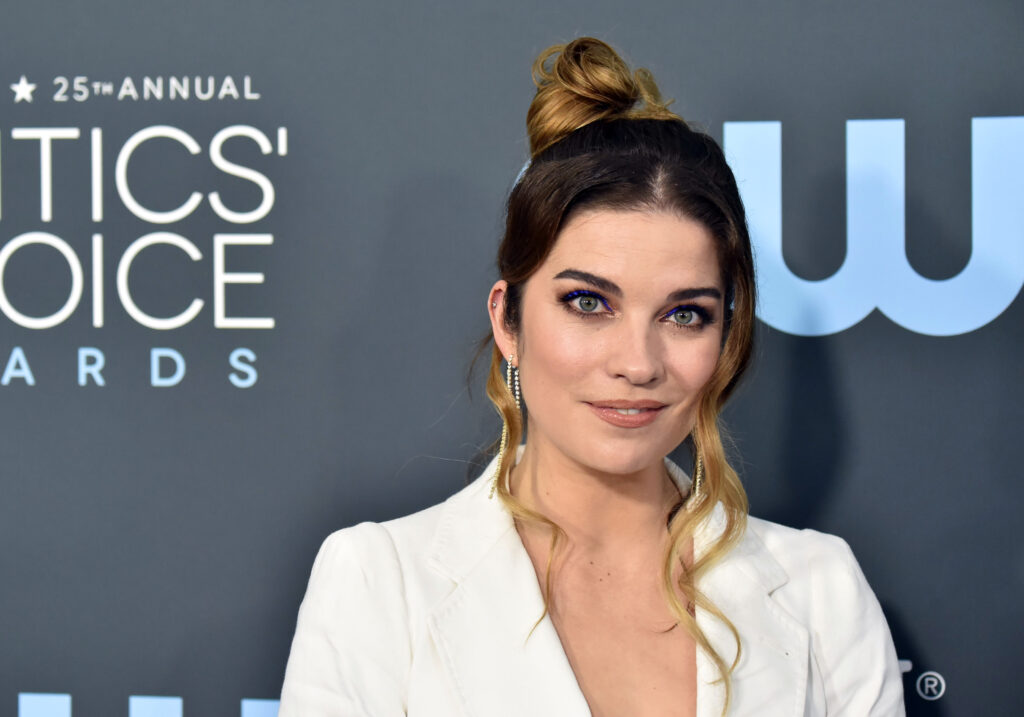 “I’m a shell of a woman, it left a very sizable hole in my life when we wrapped,” said Murphy.  “We wrapped over a year ago at the end of June of last year. It was nice because we did a bunch of touring and we still saw each other all the time, so it didn’t feel quite as impactful as it would have otherwise. Since the final episode aired and being in lockdown and everything, it’s been really hard not seeing everybody.”

Annie Murphy grew up in Ottawa as an only child, the daughter of a speechwriter father and a mother who taught English as a second language.  She would remain in the nation’s capital where she studied at Elmwood School until her late teens when she moved to Toronto to study at Queen’s University for one year before relocating to Montreal and enrolled in the theatre studies programme at Concordia University.  That is where she began dating musician Menno Versteeg who she would marry in 2011.  After completing her degree, Annie and Menno moved back to Toronto where she attended the Actors Conservatory at the Canadian Film Centre. She would spend five years doing bit parts in series and small films while also touring the world with Versteeg’s band Hollerado that include trips to China and Brazil and “driving all across North America in a van with four smelly dudes.”  She describes her life as a roadie as “formative – I wouldn’t change a thing.”

Interestingly, Murphy would wind up collaborating with her hubby on the song “A Little Bit Alexis” which was recorded as a title theme for her Schitt’s Creek character.  Murphy wrote the lyrics and then recorded the track together with her husband and Hollerado bandmate Nixon Boyd.  The melody has since gone to become a cult favourite, “It gets played at clubs now. It’s crazy,” said Murphy.

Annie, can you reflect on your six-year journey with Schitt’s Creek?

It was a life-changing experience for me and now I’m the advocate for never give up because you never know what’s around the corner. An email can change your life and an audition can change your life. It was truly awesome and truly the role of a lifetime for me. I feel so grateful to the writers that they let that character be so much more than a ditsy blonde.

What did you enjoy most about playing Alexis?

She was so much fun to play and everyone is so much more than one thing. There are so many different layers to everybody. To meet her at the beginning when she is so dependent on men and money and things and then leave her as this really independent person, who is going off on her own with a brain full of knowledge that she didn’t have before. She experienced love and friendship for the first time ever. I’m really proud of where she left off.

I loved the physicality of it all – it was such a blast to play.  I had two of the greatest teachers of all-time while going into work every day and being schooled by Eugene [Levy] and Catherine [O’Hara]. I would give my first-born child to have that experience and I didn’t have to. It was just so incredible to watch them work. They’ve been doing this for 45 years. The joy that they get from doing their job is so infectious. They’re such hard workers and such professionals. I watched them play and have fun and give themselves ideas. It gave me big-time goals.

One of the most distinctive things about your portrayal of Alexis is her accent.  How did you come up with that?

I wanted her to have a distinctive tone that wasn’t an obvious imitation of something that people had seen before, but that people would recognize as the way a spoiled rich girl might speak.  So I watched as many YouTube clips of reality shows like the Kardashians and similar things that Paris Hilton and the Olsen twins had done where I could listen to both the accent and the tone that these rich and famous women would speak with.  And because this is a comedy series, I could take the voice to another level and have a lot of fun with it. 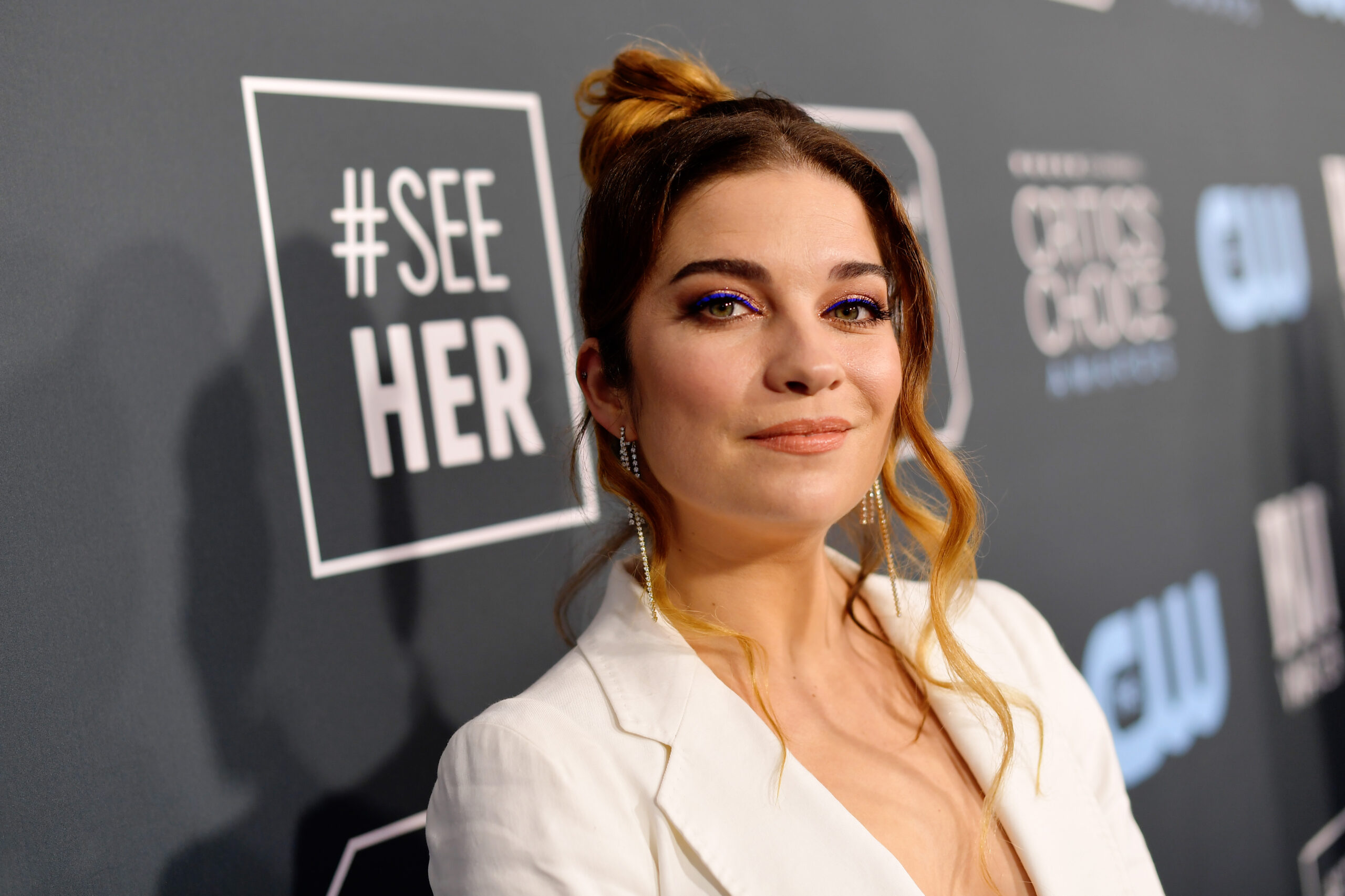 When did it hit you that Schitt’s Creek had become a major success?

It was right after Netflix began streaming the series in the States.  That was the thing that started the snowball rolling and the series was getting a lot of recognition and people in the industry were starting to talk about it.   I was so happy that a much bigger audience had a chance to see it and I would start to hear that it was becoming the kind of series that people were binge-watching.

Personally, I also started noticing that people would be looking at me in restaurants and then speaking with the other people at their table and then texting on their cellphones.  Then as time passed more people would come to me and tell me, “Has anyone ever told you that you look like the actress from Schitt’s Creek?”  But when I would admit that I really was that girl from the show they would look almost disappointed and go “Really?”  I guess I didn’t live up to their expectations because I wasn’t dressed as glamorously as Alexis!

We know you’ve told the story a million times already, but can you tell us about how getting cast on Schitt’s Creek almost saved your acting career?

I was at a really low ebb…I was nearly broke, I hadn’t had a job for almost two years, and I was in Los Angeles doing auditions for pilot season when I heard that our house in Toronto had burned down!

I remember sitting down and crying right next to the Pacific Ocean and feeling very sorry for myself.  I was ready to give up acting… It was like the universe was telling me, “Don’t do this anymore.  This [work] is not for you.”  But two days later I got the audition for Schitt’s Creek.

You must have lost a lot of prized possessions in the fire?

Yeah…the worst thing was losing my beautiful teddy bear Worthington that had been my best friend since I was a little girl.  That’s probably the thing I miss the most – Worthington and I went through a lot together.

How do you feel about Schitt’s Creek ending after six seasons?

[Laughs]…I am sending vibes to Dan every other day to write another season or do a movie. I miss everyone so much, and it kind of comes in waves — I’m fine for a few weeks and then I realize I don’t have the show to go back to, where I’d be seeing all those faces all together again. But I had six of the best years of my life shooting that show and have created so many friendships with so many really incredible people. So I said goodbye to the characters, but not the people behind them. I feel really lucky about that. 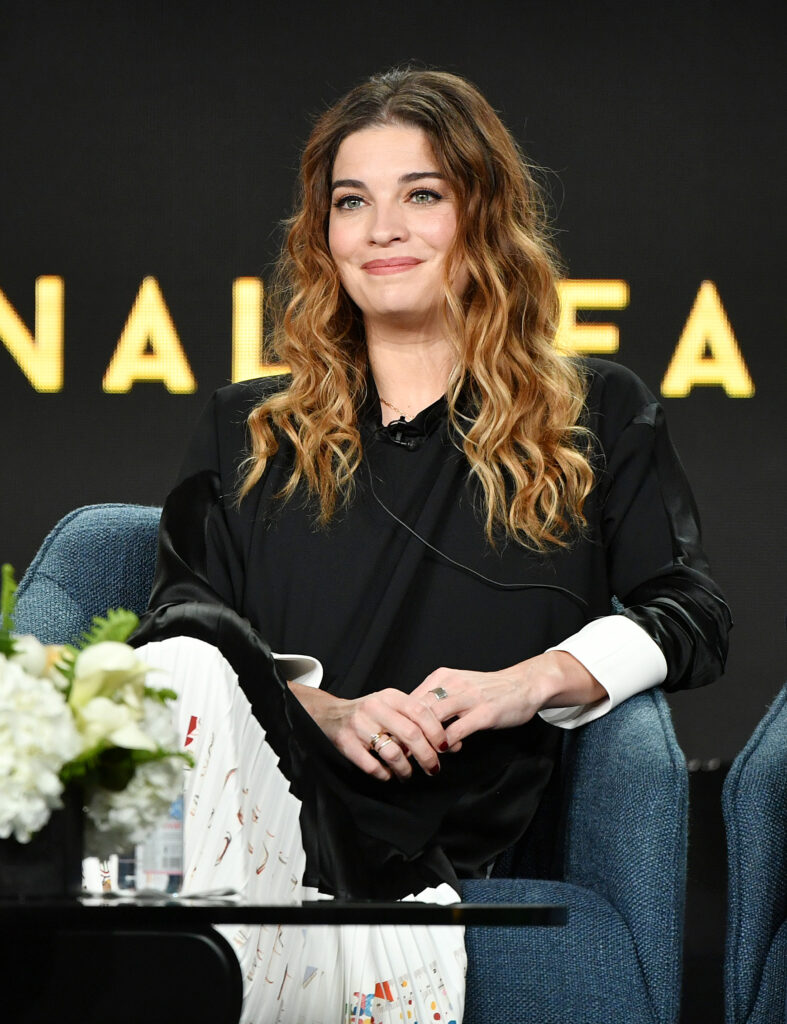 Can you remember the moment when you first felt at home on the show?

Honestly, I was so, so nervous to start because I realized, like, the night before [that] I would have to be acting with my comedy idols. But after the first few takes of the first scene the four of us shot together, it was when Catherine O’Hara was like, “Okay, how about we try it like this?” and it was so obvious that it was a collaborative, fun, exciting togetherness that was happening. And that kind of set the tone for the next six years.

You’re an Ottawa girl.  What are some of the things you love most about your hometown and what places would you tell people who visit the city to check out?

I used to love biking along the Rideau Canal and I still have a lot of great memories of the city.  I’m also a great pizza lover and I tell anyone who visits Ottawa that they have to try the pizza at Colonnade Pizza.  It’s the best pizza in the world.  Trust me.  You also have to go to Le Moulin de Provence which is famous for the Obama Cookie.  The place became world-famous when Obama visited the bakery and ate the cookie (which says Canada on it) and declared, “I love this country!”