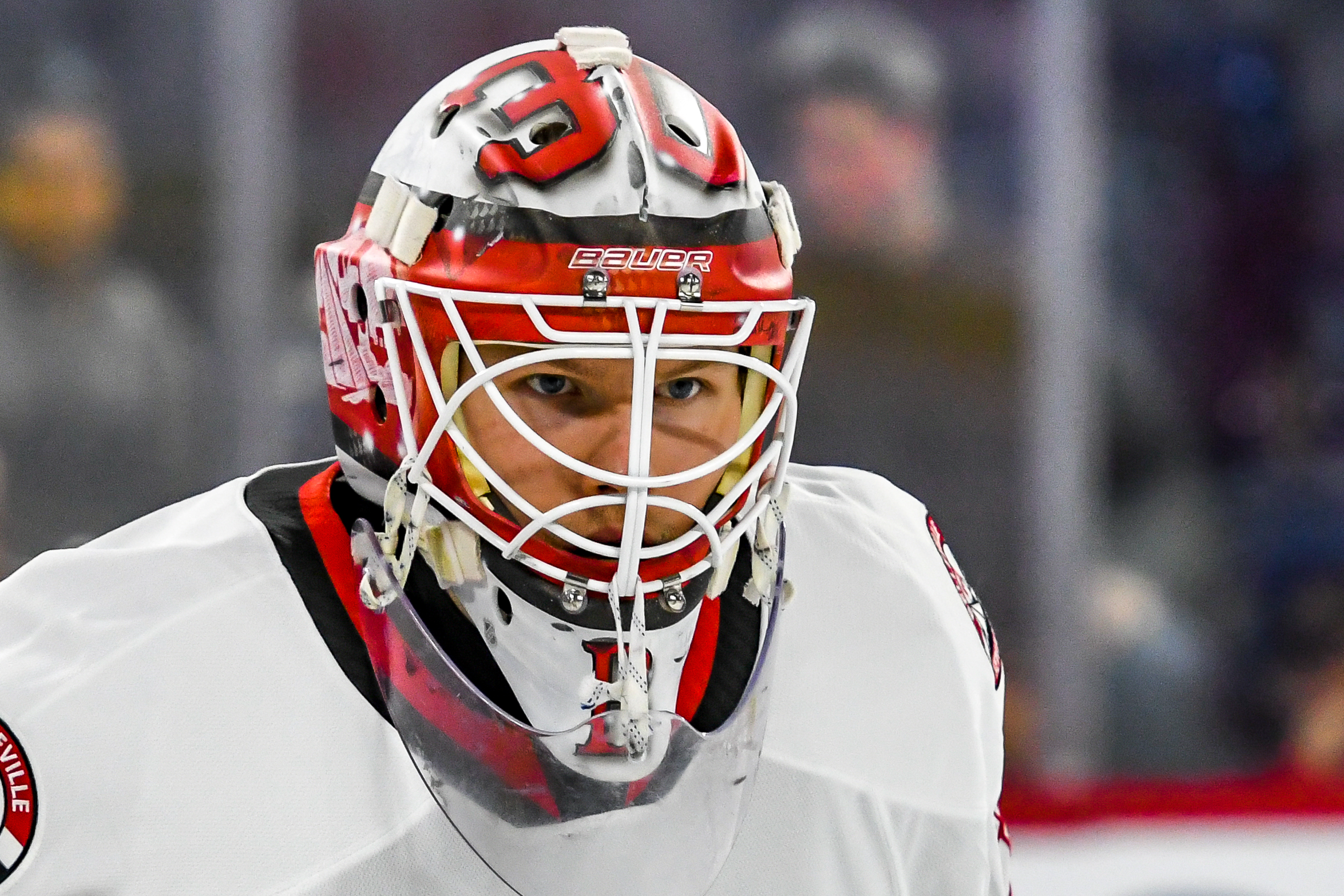 It was another stellar night for new Sens goalie Filip Gustavsson as he foiled the Flames for the second consecutive game. In just his second NHL start Gustavsson showed the poise of a veteren, stopping all but one in a dominant performance that led Ottawa to a 3-1 win.

The tone was set right from puck drop with both teams adopting a relentless pace. The first period saw only four whistles in the first 15 minutes, with back and forth play throughout. Key saves from Gustavsson and Markstrom kept the game scoreless through the first.

The second period was more of the same until Calgary drew first blood when a Mark Giordano point shot deflected off Alex Formenton and got under Gustavsson’s glove with 6:23 left in the frame. The Flames would carry the lead into the third, where Ottawa would take control.

Coming out of the locker room the Sens were dialed in. They were putting more pucks on net than the previous two periods and the results came quickly. It only took five minutes for Josh Norris finally beat Markstrom from the slot, tying the game at one.

Josh Norris and the @Senators are on the board 🚨 pic.twitter.com/hn37dt7vsc

Seven minutes later the Sens had Calgary hemmed in their own zone. Hanafin was on the ice for over three minutes as the exhausted Flames defenders couldn’t clear the puck. Ottawa took advantage and Chris Tierney gave the Sens a 2-1 lead. Zaitsev would add an empty netter, sending Calgary home with a 3-1 loss.

In Gustavsson’s two games as the Senators’ starter he has faced 65 shots. 63 of those shots have been stopped for a .969 save percentage. This stability in the net has been essential for a team who’s goaltending has been ravaged by injuries. Two weeks ago Gustavsson would be considered the Sens’ fourth goalie, behind Murray, Hogberg and Daccord. With all three injured he has made the most of his unexpected chance, to the benefit of the Sens.

The Sens have posed a significant challenge to the Flames this year, currently leading the season series five games to two. With the Flames eyeing a playoff spot, back to back losses to the Sens are devastating for their chances. On the other side, this young Sens team seems to have really hit their stride in recent games. They have a 3-0-2 in their last five, with strong performances at both ends of the rink.

Ottawa will be looking to carry this momentum into the second half of their back-to-back tomorrow night against the Leafs. Toronto is another team the Sens have played hard this year, with the season series tied at three. Puck drop is set for 7:00.