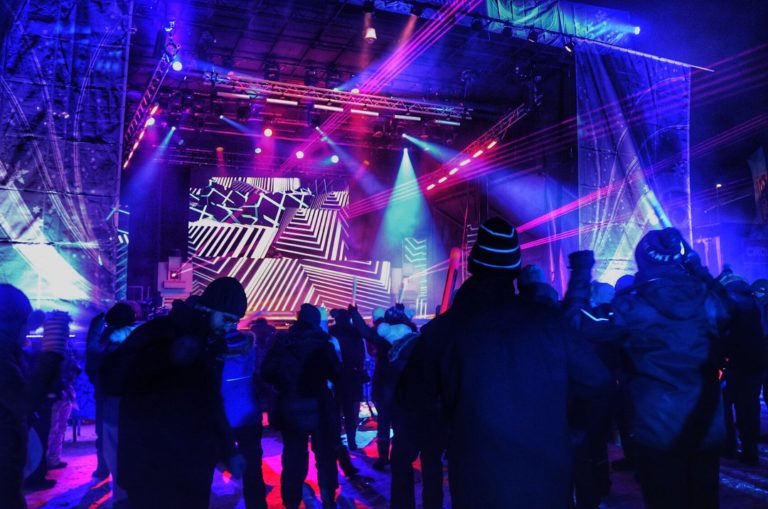 Music and Winterlude simply go hand-in-hand together. For the next two and a half weeks, there will a massive buffet of different musical varieties to choose from; between dance pop to 60s rock and roll to even the relaxing rhythms of classical cello.

You will be able to take part in one of the many different musical events being held at Winterlude including percussion with Baratanga in an Igloo and the Brrr! Cabin playing festive music, but what about the big concerts? If you want to spend the better part of 18 days, partying and dancing the night away with friends and family, check out the following big concert and music performances that are scheduled. If you want to check out the full list of events of Winterlude 2020, visit their website.

The Strumbellas concert originally scheduled for February 1, 2020 has been postponed to a later date, yet to be determined. We will provide new information as soon as a new date is confirmed. We apologize for any inconvenience. . Le concert de The Strumbellas prévu pour le 1 février 2020 a été reporté à une date ultérieure indéterminée. Nous communiquerons avec vous dès qu'une nouvelle date sera confirmée. Nous nous excusons pour l’inconvénient. MESSAGE FROM THE BAND/UN MESSAGE DU GROUPE: Hey everybody, Our Canadian tour has been postponed. A band member has been hospitalized and is undergoing medical treatment for an illness and we are unable to perform at this time. We hope you’ll hold onto your tickets as they will be honoured for the rescheduled date. “We’ve been looking forward to this tour across Canada for a long time. We know people go to a lot of effort to come see us, and we don’t take that for granted. We never want to disappoint fans, especially fans in our home country that have supported us for so many years. As a band, we’re working on getting back to full strength and focused on getting out on the road to be with you guys as soon as we can. Thanks for your love and support, we’re nothing without you” – DAVE

Due to a band member undergoing medical treatment for an illness, The Strumbellas’ concert that was originally scheduled for Feb. 1 has been postponed to a later date. The band released a statement about this, “We’ve been looking forward to this tour across Canada for a long time.  We know people go to a lot of effort to come see us, and we don’t take that for granted. We never want to disappoint fans, especially fans in our home country that have supported us for so many years. As a band, we’re working on getting back to full strength and focused on getting out on the road to be with you guys as soon as we can. Thanks for your love and support, we’re nothing without you.”

It is unknown whether or not they will still be performing at Winterlude, but fans can keep their fingers crossed and hopes up.

Kick off Winterlude right with a party on Sparks Street! This year’s kick off party will feature performances by Sarahmée, DJ NDN and Virginia to Vegas.

gender based violence, stigmas of mental health, and other forms of oppression through art and activism. And finally, Virginia to Vegas has previously released indie pop and dance pop singles that have reached gold and platinum including, “We Are Stars”, “Lights Out” “Selfish” and “Just Friends.”

When talking about Winterlude, it’s impossible to not bring up the Ottawa Winter Jazz Fest at least once. Local artists from across the Ottawa-Hull region and beyond will be quenching jazz lovers’ thirst until this summer. Starting at 6:30 p.m., The Larnell Lewis Band at Arts Court Theatre, followed by FET.NAT at Saw Gallery at 7:45 p.m. Joel Frahm Trio will be performing at 9 p.m. at the Arts Court Theatre followed by Colin Stetson & Matt Gustafsson at 10:15 p.m. and Tin Men and the Telephone at 11 p.m. For the complete lineup of musical talent, visit ottawajazzfestival.com.

Jeff and The Falcons Live!

Jeff deValk is a multi-talented Ottawa-based musician, guitarist and songwriter for The Hornettes, DJ Breakthru and Jeff and The Falcons, who are going to be performing at Queen St Fare. In his downtime, he also leads Capital City Community Choir, a drop-in, no-auditions monthly singing group. Specializing in the sound of rock, pop and soul, Jeff and The Falcons are guaranteed to bring the groovy beats of 60s and 70s rocks and soul long into the night.

Worried it might get a chilly the night of Feb. 1? Don’t worry, you can keep warm dancing the night away to the loud beats of Montana, Millimetrik and Qualité Motel. With Montana’s renowned ability to combine Electronic, Hip Hop, Dancehall, Pop and Latin music, Millimetrik’s signature electronica sound and Qualite Motel stirring up the crowds, you won’t want to miss this Sparks Street concert.

Ready to feel the rhythm of Latin-Andean fusion? Using their signature bamboo flutes and percussion instruments, Colores Andinos is holding one of their iconic energetic and authentic concerts at the National Arts Centre at three different times. Forming the group back in 1997 and producing their first CD in 1999, Colores Andinos has toured all through Nova Scotia, Quebec and Ontario, demonstrating their talent with more than 20 different instruments and blending Native-Andean rhythms. This is one performance you don’t want to miss.

Get ready to feel romantic with your best guy or gal! Grammy awarding winning violinist Joshua Bell, with an impressive musical career spanning more than 30 years, will be performing Mendelssohn’s Violin Concerto at the National Arts Centre. Bell has moonlighted as a chamber musician, recording artist and conductor and he has performed with nearly every major orchestra in the world! This will be Bell’s third appearance with the National Arts Centre Orchestra and Alexander Shelley.

Get ready to move to an insanely infectious beat! This local band, with over 15 years of entertainment experience under their belt, will be performing at Queen St Fare this Winterlude! Latin Breeze has performed their signature sound all throughout the Ottawa-Hull region including Congress Centre, Chateau Laurier, Hilton Hotel and Hard Rock Café. If you’re looking to add a little Latin flavour to your musical taste, Latin Breeze will surely give you your fill and much more.

We're delighted to feature @rachelmercercellist (of @ensemblemadeincanada ) for this week's #MusicianCrushMonday #MCM. We asked Rachel the following questions: TSM: What's the next place on your "travel list"? Rachel: Next on my "travel list" would be Japan. My mother's family is originally from Japan – though she is already 3rd generation Japanese Canadian – and I've never been! I look forward to discovering the cities, landscape, more of the culture…and food! I'd also love to visit the old family home in the countryside. TSM: Aside from TSM, what are your other big summer plans? Rachel: This summer includes a bunch of concerts with Ensemble Made In Canada in Toronto, Kincardine, Amherst Island and Victoria BC, plus recording our Mosaïque Project. I get to play the Dvořák Concerto at the Brott Festival, as well as a clarinet trio program at Music & Beyond in Ottawa with pianist Angela Park and my National Arts Centre Orchestra colleague, principal clarinet Kimball Sykes. **************************************************************************You'll be able to catch Rachel and the other amazing members of Ensemble Made In Canada at #TSM2019 for their July 31 mainstage concert at Walter Hall along with the two free Kids Concerts they'll be performing (full details to be announced this Friday!) Rachel will also be performing with the Art of Time Ensemble for their #TSM2019 Koerner Hall show on July 25.

Since the young age of 12, Stewart Goodyear has been recognized as one of the greatest pianists of his generation and the National Arts Centre Orchestra’s principal cellist, Rachel Mercer will perform his Cello Concerto, which was composed especially for her.

Being described as a “pure chamber musician,” Mercer has performed as a soloist and chamber musician across five continents and was the recipient grand prize winner of the 2001 Vriendenkrans Competition in Amsterdam. She began her cello studies at the young age of three, leading to spending her formative years at the Vancouver Academy of Music, where she made her solo debut with the Vancouver Academy Chamber Orchestra at the age of 12. If there is anyone who can capture the heart of Goodyear’s work, it’s Mercer.

Winterlude Returns to Ottawa and G... 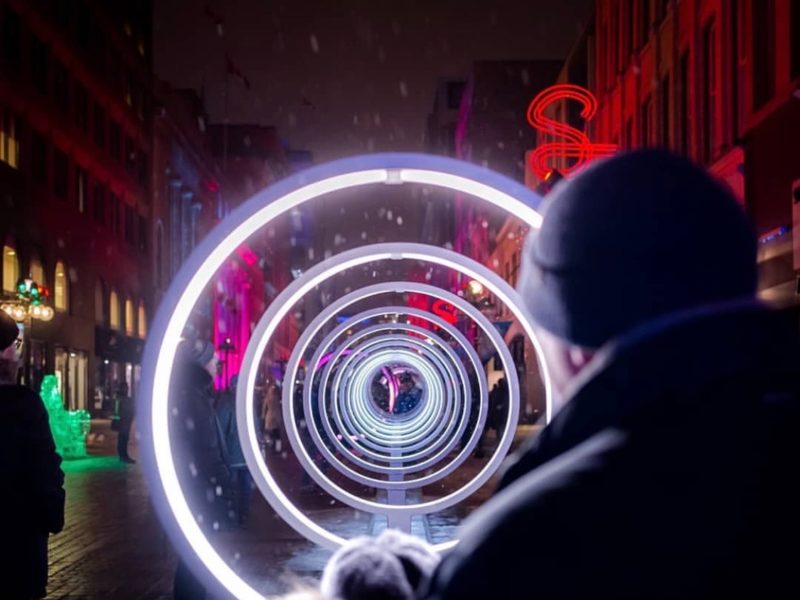 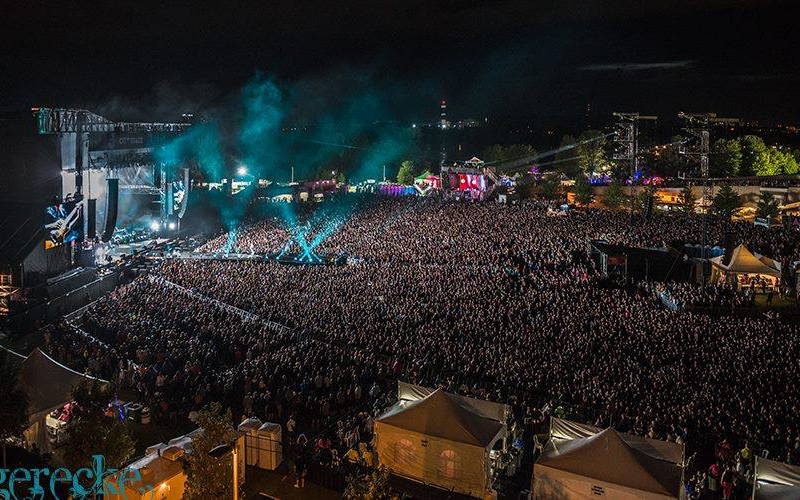 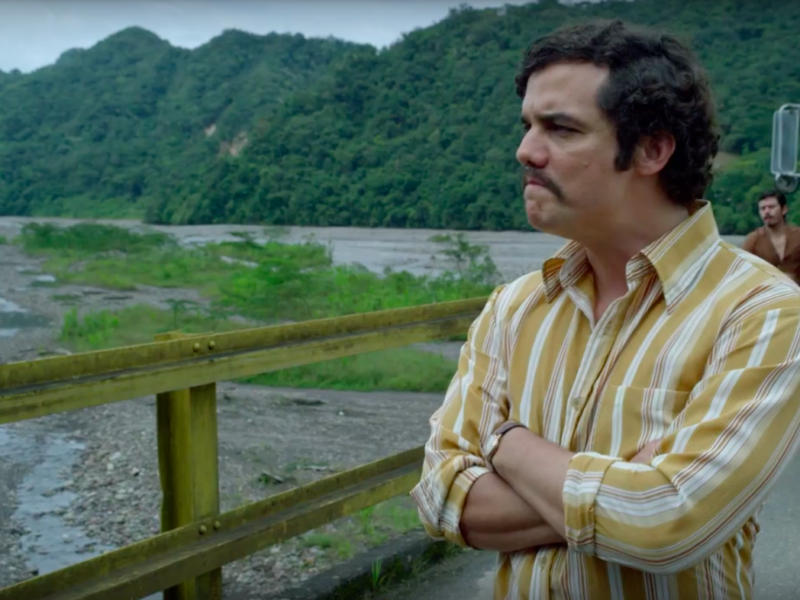