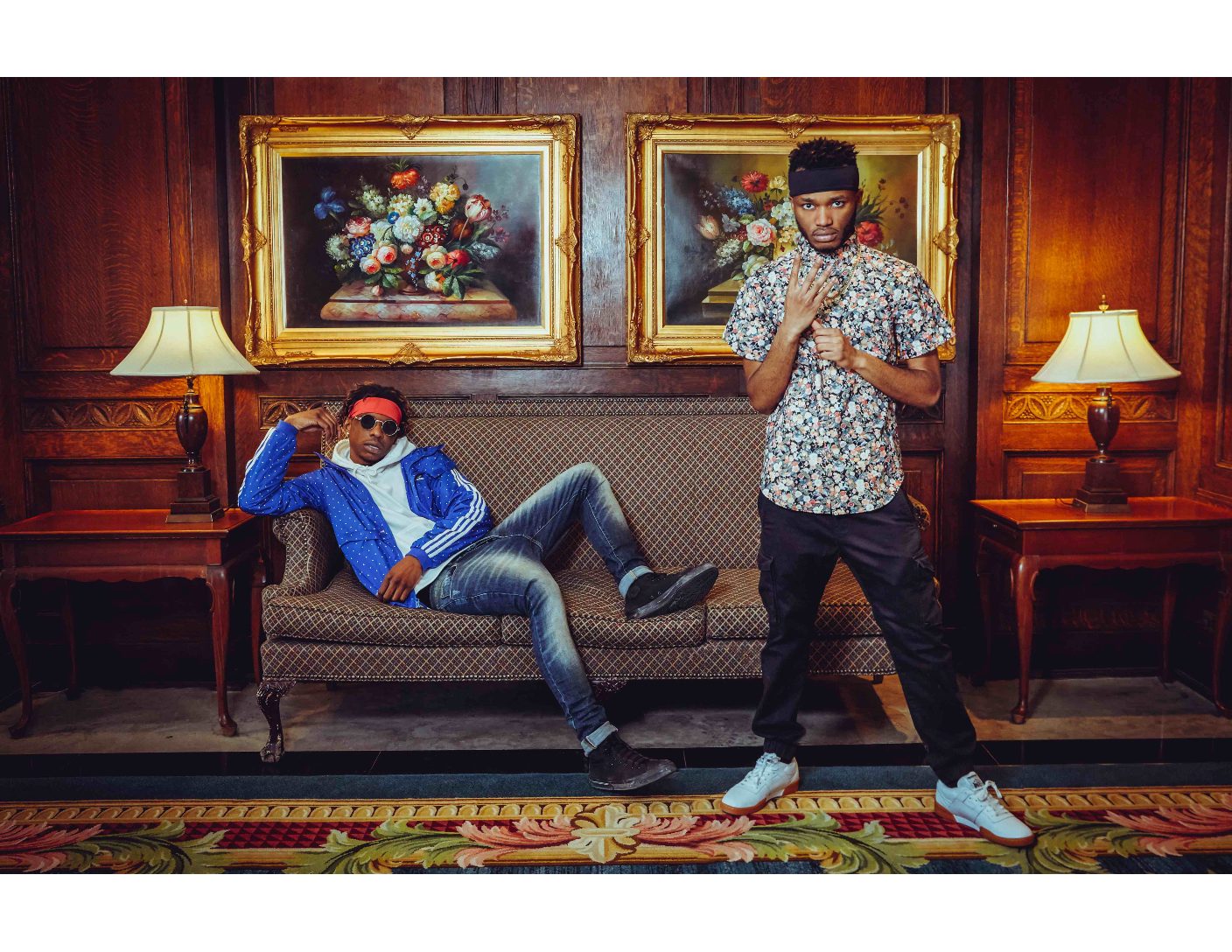 When Auston Matthews made his historic four goal Maple Leaf’s debut play in Ottawa, it was a moving moment for NHL fans everywhere. For everyone watching from the Canadian Tire Centre, the name Auston Matthews became one that they would never forget. Somewhere in the crowd, Samuel Siboko—known as Ottawa rapper SVDVM—was inspired, too. 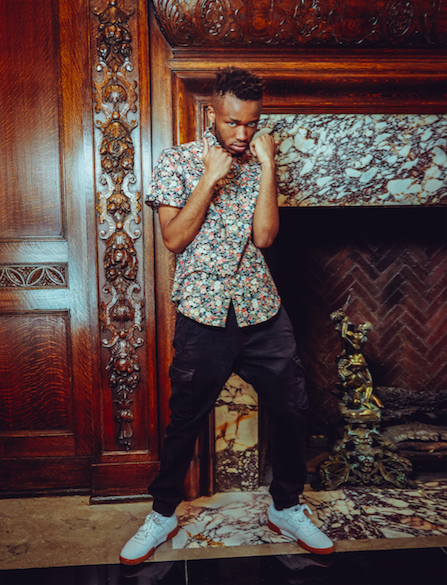 “I’m 20, so to see a 19 year old come out and score four goals in his debut was incredible and it gave people so much energy. It was different, and I get inspired by being different.”

Today’s rap music scene is the faithful heir of the 90’s grunge-rock fever. Toronto and Ottawa share in the energetic wake of Drake’s rise to fame. Ottawa native Belly has taken his music on tour with names like Juicy J, Rae Sremmurd, and the Weeknd. But, just like the wave of old guitars in midnight garage bands that inspired Dave Grohl’s famous rant against amateur singing contests, the world of rap music has a low entrance fee. Rap music is easy to make, but hard to make well, and even harder to make heard. 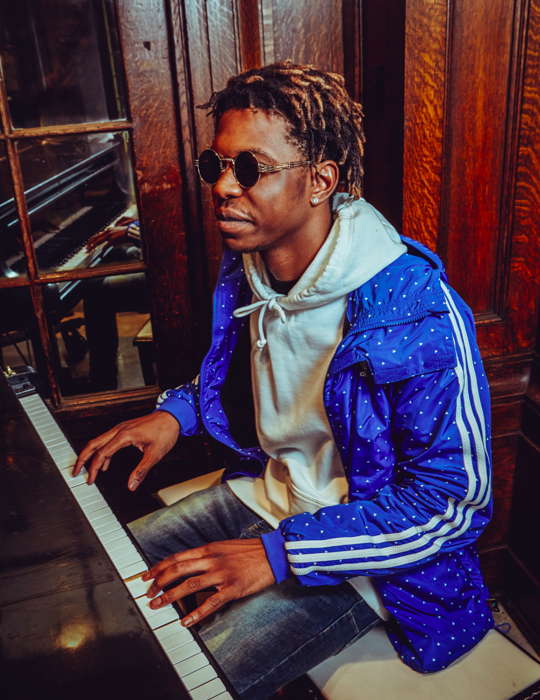 “I would always make remixes to old 50 Cent songs just for fun. But, only two years ago did I put a crew together and start making music. I didn’t want to make music as much as I wanted to just put people on. I had no expectations because the music scene is hard and competitive. It was other people who started telling me to make more.”

Even after Matthews’ debut play—fuelled with rookie ambition—SVDVM didn’t consider making a track with any serious conviction. But the Maple Leaf’s expert puck handling and quick feet had resonated with him still.

“It started with the beat. It was just so catchy that I felt it should be played in a hockey arena. I had been talking about the Auston Matthews play all that week and so I kept saying it over and over again on the track as a joke.”

But it would be less than a day of the song being posted to Youtube that Auston Matthews himself would share in that joke.

“When I put the song up, all of my friends started tagging Auston Matthews. Within an hour almost 100 people had tagged him. And that’s when he liked it on Instagram and me and Xuave, my partner on the song, went wild.”

On the video titled Auston Matthews , SVDVM is seen with his rap duo partner Xuave and fellow artist Black Iri$h. The three are seen in Carleton University’s rink in Maple Leafs’ jerseys. 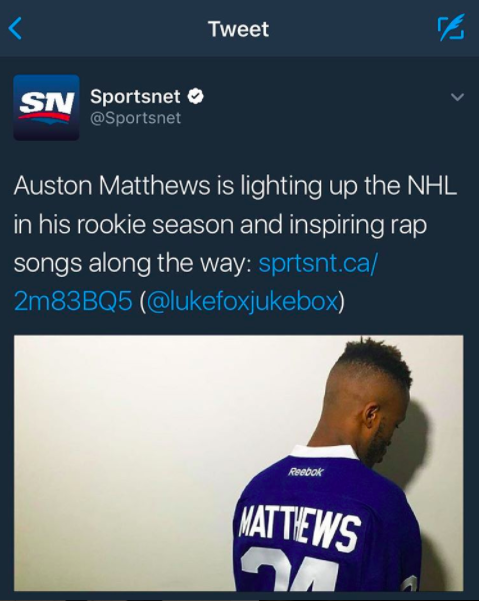 “It was crazy how fast the video blew up.” Says rapper Xuave, “I felt like it was going to be big, but given that we were rocking Maple Leafs’ jerseys, I didn’t feel it would get as much love in Ottawa. But it did—we got about 30,000 views in an hour.”

And while the Ottawa community jumped to support the artists on this song, some of those views were from Maple Leafs players, themselves. Just a week after the song was released, Matthews gave his appreciation to the rappers in a dressing room interview, revealing that Maple Leafs forward Mitch Marner would play the song on their way to the rink, just for fun.

“It’s pretty funny. Mitch starts playing the song on the drive on the way to the rink,” Matthews can be heard saying, “It’s pretty cool.”
Next to give a nod to the Ottawa artists was Sportsnet, quoted as saying “Hockey and trap, together again.” Followed by other Toronto newspapers and sports blogs.

The hype has since settled down, but not before the song reached over 164,000 views on YouTube. What remains is the legitimate recognition of Ottawa’s music scene, coupled with an inspiring story of rookie ambition. 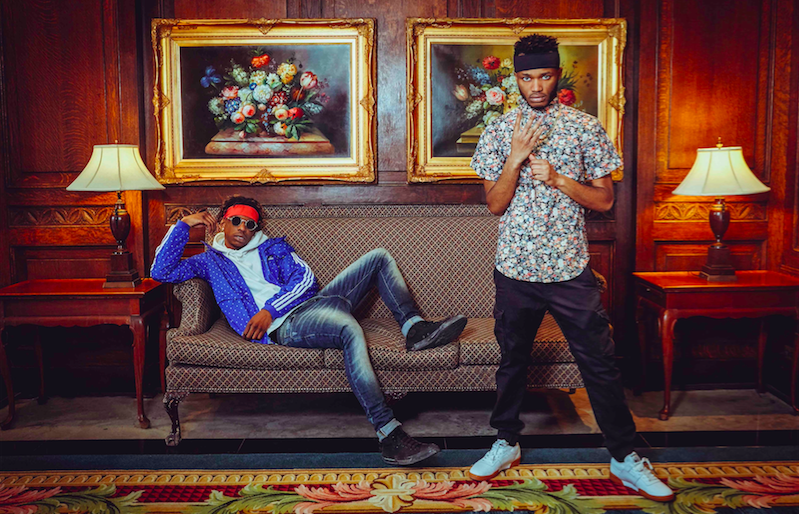 FM: When did you start making music?

S: I’m attracted to how music brings everyone together. I listened to music a lot and I was always inspired to make something different.

X: I was a big fan of rap music as a kid, and after listening to it religiously I eventually felt like “I could do this too.” I started by recording videos with old instrumentals and a webcam, just like everyone else (laughs).

FM: Did you watch the interview?

S: I was laughing, it was hilarious. I felt like they appreciated the song, and I’m glad they could also share in the joke and not take it too seriously.

X: I woke up from a nap saw that he had liked it. The interview was crazy, I didn’t expect him to see it so fast.

FM: What does it mean to be a musician from Ottawa?

S: Right now the Ottawa music scene is the best it could be. I’ve been in Ottawa for many years and the hip-hop scene has never been like this. Even five years ago, no one supported the youth and the local scene from Ottawa. Rap is something many people want to get in to, so lots of people will dismiss those who adopt the art form. But now people make an effort to support local artists. You can’t assume everyone who raps wants to be famous. The fun is in the participation. When we do shows and throw events, people are actually coming out and celebrating in that. Personally a lot of the music I listen to is from local artists.

FM: How did your partnership form?

S: We have our own collective called RBLx. We’re the two main guys and we have at least five different artists. We also work with our photographers and DJ’s to put on all-ages events in Ottawa. Our goal is to make sure that youth have something to do on the weekend. That is important to us, because if we can provide a community for kids to come and enjoy themselves, we can have a positive impact.

As the video continues to gain views, although now at a slower rate, SVDVM and Xuave have made plans to ride off their fame to help others:

S: I’m working on a lot right now—music videos, merch, more shows in Ottawa cause there’s just more people every time. We want to keep giving a voice to the youth—to the outsiders.

X: We’re working towards getting bigger and better—to fill out bigger venues and create more music. A lot of new music and videos coming out.