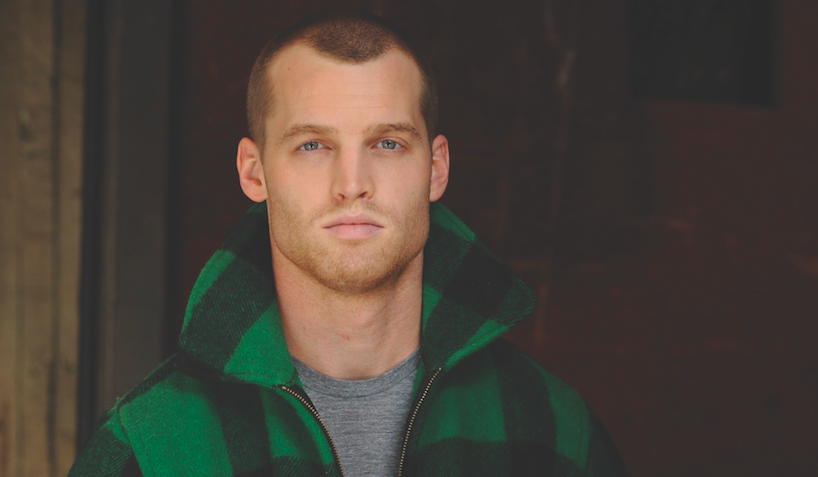 Multifaceted and a small-town country boy at heart, Jared Keeso has been a favourite of many throughout his career. Best known for his role as Ben Chartier on 19-2, he is also the writer and star of the Canadian critically acclaimed CraveTV hit series Letterkenny. Having won awards for both acting and writing, Jared is a beloved figure in the entertainment industry. Nevertheless, he remains humble and stays true to his roots in Listowel, Ontario. Folks would be hard pressed to find an individual who loves Canada more than this man.

Faces Magazine caught up with the good ol’ Canadian boy to chat about his life in film and what he has in store for us in season three of Letterkenny.

Faces Magazine: Since it’s the inspiration for your show Letterkenny, tell us about growing up in Listowel, Ontario. As a country boy, did you ever dream of going to the big city?

Jared Keeso: I say I am from Listowel, Ontario with massive pride. I belong to the 6th generation of Keeso’s in town. My mom and dad run our family business, J.H. Keeso & Sons Sawmill, which has been operating in town since 1872. My brother and sister and I all worked there from a young age. Listowel is generally an agricultural community but most call it a hockey town. We are surrounded by Mennonite country, which is also maple syrup country. Lumber jacks, hockey players and maple syrup; can’t get more Canadian than that.

When did you decide you wanted to get into acting? And what about writing?

I abandoned my dream of playing pro hockey when I was 18 and began pursuing a career in acting immediately after. My best marks in school were in drama so it made sense. I didn’t develop a passion for it until later. The decision to start writing arose when my passion for acting began to decline. It’s hard to survive in the Canadian entertainment industry wearing only the acting hat. I’ve stayed afloat by learning to wear a few other hats as well.

We know that your hometown has been the inspiration for Letterkenny, and that you used Youtube as a platform to test that kind of humour, but at what point did you decide to make skits out of it?

Nathan Dales and I had test driven a couple concepts on YouTube before Letterkenny Problems. At the time, my best pal from back home, Jordan Beirnes, and I had been doing an anonymous Twitter account called “Listy Problems” where we took an embellished look at life in our small town and the problems that may face people there. I was reading back through the tweets one night and thought I could rebrand it and shoot it. I called Dalesy and we were shooting the next weekend.

How did you come up with the characters and candor of Wayne and Daryl? Were they inspired by anyone in particular (we promise not to name them if you don’t want us to)?

Wayne’s accent comes from the common ‘hick accent’ back home. Wayne wasn’t inspired by anyone in particular. I think that everyone who knows small towns knows a Daryl. Daryl is the dude who doesn’t say much and is always in his barn clothes.

When you were in the process of getting Letterkenny going on Youtube, did you know it was going to be popular?

Hard no. It’s impossible to predict what’s going to go viral on YouTube. You throw crap on the wall and see what sticks. There is a young lady getting millions of views right now by rubbing her face in bread.

Once you received numerous positive reviews of the Letterkenny Problems videos, you pitched it to CraveTV. How was that process? Was it difficult?

The process of turning the Letterkenny Problems web series into the Letterkenny TV show has been impossibly painless. Bell and CraveTV took the show from script stage to screen remarkably fast. Our first script had 14 F-words on one page and they didn’t bat an eye.

What was your favourite scene/line to shoot for the show?

JK: My favourite scene to shoot so far has been “The Skateboard Trick/Torn Ballsack” scene from S1 Ep 2. I think that scene offers the best representation of what we are doing on our show. You can find that clip on YouTube.

The Standard is my favourite bar in Ottawa, it’s an outstanding bar.

FM: You’ve been quoted as saying “…the biggest Letterkenny fans on planet Earth are in Listowel.” How do you maintain a relationship with your family and friends back home? Have you or your family received any other forms of commentary on the show in your hometown, positive or negative?

Little to no negative feedback from back home and tremendous amounts of positive feedback. Doing well by the people of my hometown is a big deal to me. Maybe the biggest.

In a previous interview, you mentioned that you met most of the cast of Letterkenny in a beer hockey league prior to the show; tell us a bit about that. Do you guys still play hockey together?

There are some damn good hockey players on the Letterkenny cast: Playfair, Herrsy, Tyler Johnston, Dalesy etc. We all played beer league hockey together in Vancouver. We laced up together a couple months ago as well when the company that rents us camera equipment sent a team up to Sudbury. We dusted them 11-1 in a friendly game. The boys love scoring goals.

What has surprised you the most about acting, good or bad? Was it ultimately what you expected going in?

Nothing is surprising in the entertainment industry. You will see it all. Everything from unparalleled generosity and kindness to grown men talking to other grown men like they’re five-year-old kids. Buckle up.

People don’t always get the slang in the show itself but they keep coming back for more. What about Letterkenny do you think is so relatable?

Writing contagious dialogue – ‘quotables’ – is a big priority for Jacob Tierney and I. I love that about the writing in my favourite movies like Snatch and Trainspotting. I walk away with new additions to my vocabulary and vernacular.

Although Letterkenny is primarily a Canadian show, the humor and the vibe of it can be relatable for people in the Midwest of the States. Have you run into fans of the show in the States?

Based on social media analytics, we have almost as many fans south of the border as we do north. We can thank Reddit/YouTube for that. CraveTV is only available in Canada but Reddit/YouTube have helped us spread the word internationally. I’ve always said that everyone knows someone from Letterkenny.

Who would you say has been a big inspiration in your life and who has supported you the most throughout your acting/writing career?

My mom, dad, brother and sister are the biggest inspirations in my life. My parents have moxie and raised us to have moxie as well. My brother is a scholarship athlete, Oxford University grad and trained with the Canadian and British militaries. And my sister was a nurse at Sick Kids Hospital in Toronto and now owns and operates a successful clean eating business called “That Clean Life” that she started with her husband.

You always profess your love for Canada as a whole whenever you can. What is your favourite thing about it? Is it the people? The weather? Tim Hortons Dark Roast?

I’m currently on my way to Winnipeg and I can’t wait. I concluded when I worked there in 2010 that Winnipegger’s are the nicest people in Canada. That said, I just came from Calgary where even the airport security charmed like no other. My dog, my truck, and I have been in every province in Canada. I love every inch of it and never want to leave.

Tell us a fact about you that your fans and maybe even your friends and family might not know. On that subject, what do you do on a day off? Any hobbies?

I carried a knife during the brief period when there were reports of clowns chasing people with bats on the news. As for hobbies, I’m an antique collector and make my rounds of local shops regularly. I run or swim with my dog and I like to play drums.

What is the best advice you’ve ever received from someone? What would you tell someone who was in your position, a small-town kid trying to make it as an actor/writer?

The best advice I received as a small-town kid who wanted to be an actor was “Pack your bags.”  Thank you to Buddy Brennen for that.

You’ve accomplished so much, going from small roles and TV shows and made-for-TV movies to writing your own show, but what has been the biggest achievement for you as an individual and an actor?

Convincing a TV network to give me money to make a show. No question.

If you could describe Letterkenny in four words what would they be and what can people expect from season three of Letterkenny?

JK: Fights, farts, booze, darts. People can expect more of the same for season three but with snow.