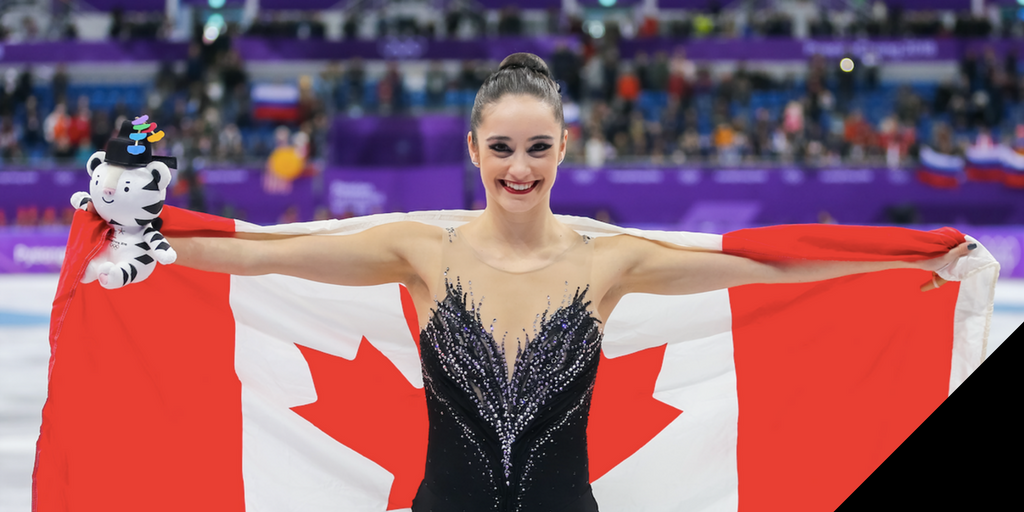 The story of Kaetlyn Osmond is one that movies are made of.

The now 22 year old began figure skating at the young age of 3, traveling from her hometown of Marystown, Newfoundland by train to Montreal to practice during the summer months. She was winning National and International titles for single’s skating by the time she was 17. In 2013, she became the first skater outside of Quebec to win the Canadian Championships in ten years and went on that year to place fourth at the World Championships. Her trajectory was miraculous, and her performance at World’s was regarded as “the best global championship debut by a Canadian woman since the 1970s” by the Hamilton Observer. Kaetlyn was a golden girl, overworking herself trying to keep up with her success.

In September of 2014, Osmond suffered a broken leg in two places, which would require seven screws and a metal plate to be placed in her leg to repair it, and a seperate surgery to remove the hardware. At 18, Kaetlyn Osmond’s dream of standing on an Olympic podium was on the brink of being hung up with her skates forever.

But as all good movie heroines do, Kaetlyn persevered and started again. After four long years of hard work, she was standing on the podium in Pyeongchang, setting two personal bests for short program and free skate, and winning bronze.

Fast forward to the ISU 2018 World Figure Skating Championships in Milan, Italy at the end of March. Kaetlyn takes the gold, and becomes the first Canadian woman to win the single’s crown in 45 years. From National champion to dealing with a heartbreaking injury, Osmond persevered to become an esteemed World Champion and a true star.

After her incredible victory at World’s, Kaetlyn has been touring with Stars on Ice Across Canada. The show stopped in Ottawa on April 29th, and we caught up with her to hear all about her success. 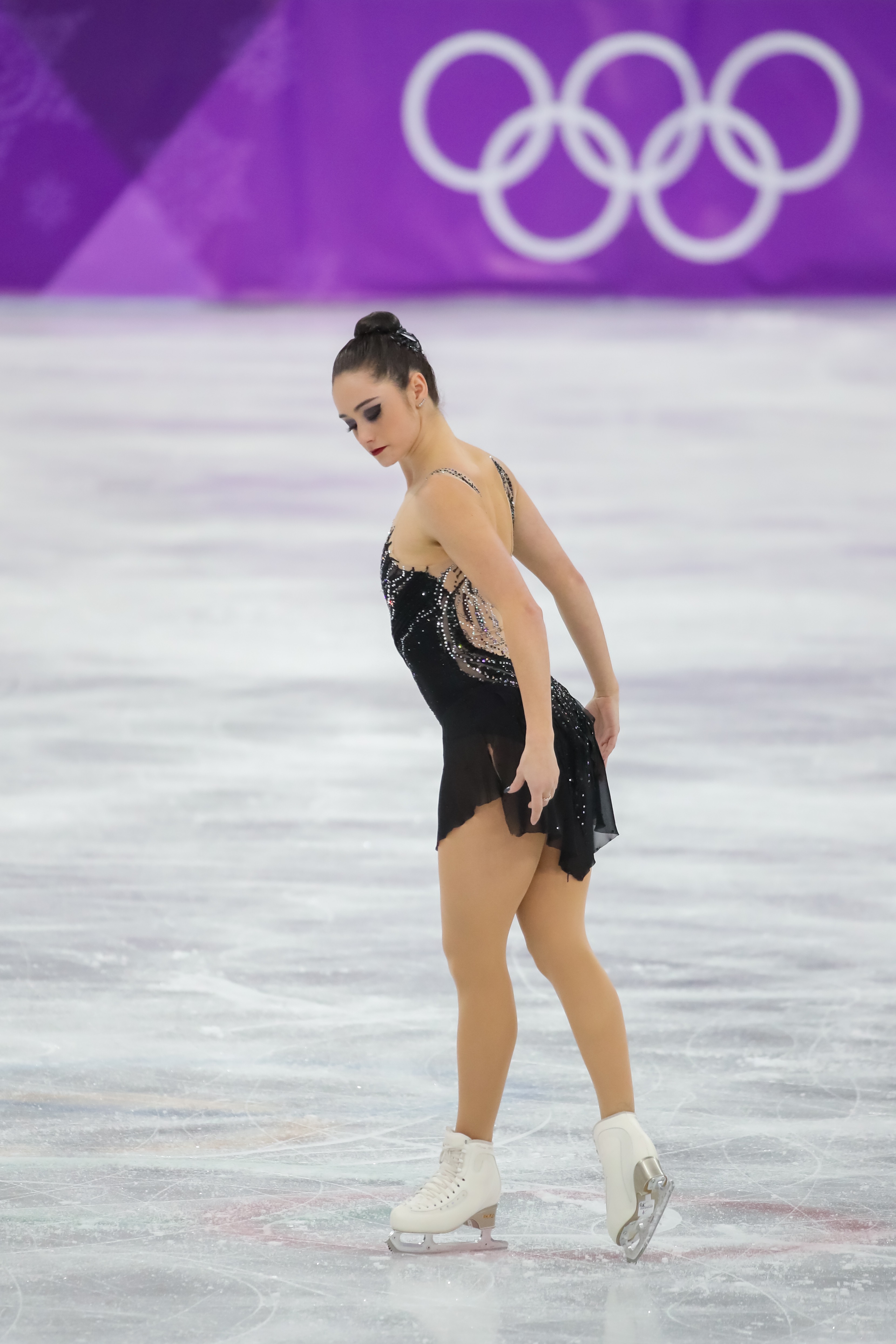 Congratulations on both your success at the Olympics and the World Figure Skating Championships. Six months ago, if someone had told you that you would earn two Olympic Medals and would be crowned World Champion, would you have believed them?

No, never. I definitely would never have believed that anyone would ever say that to me or that it happened. Even now that it has happened, it still feels so shocking.

Was that your goal going into the season?

My goal was definitely to hit the podium at every event and I succeeded in that, so that’s very exciting. The third place at the Olympics was something I really fought for and I was really happy that I was able to hit that podium. At World’s, I was fighting to get that second place, to get my silver from last year, so at least I accomplished that too. After the short program and being in fourth, my main goal was just to fight again to hit the podium. To be able to reach the top of the podium was not my goal… but it was a very happy outcome.

Remind us, how many years has it been since a Canadian last won in ladies skating?

Forty-five years, so longer than I’ve been alive. I’m twenty-two years old, so just around double my age (laughs).

In a few words, how would you describe the last season?

The last season has just been absolutely incredible. It’s been a dream season where I learned a lot about myself and a lot about my own skating. I also learned that I can accomplish whatever I set my mind to.

How have your goals for next season changed as a result of your success this season?

My main goal is that I finally proved to myself that I’m able to skate clean programs in competition. I’m able to fight and be with the top skaters over the world. Now that I have that confidence and I know that I have the ability to do that, my goal is to improve on the amount of times I can do those clean programs in competition.

Confidence for sure. The last two seasons have been a big confidence booster. When I came down from my injury, I felt like I was never going to be able to compete against the top skaters ever again. In the last year though, I’ve proven to myself that I can hit the podium every time. Being able to place and to skate consistent programs, being able to skate clean programs in competitions and continuously get personal bests, it has been really rewarding and a huge confidence booster.

Who are some of the people who have either inspired or motivated you, or who have really helped you advance both in terms of confidence and results?

There have been a number of people. I have a team back home in Edmonton who have been absolutely incredible. If I tried naming everyone, I would probably miss someone and feel bad. Definitely my parents and friends, they’ve always been my biggest supporters. They’re great supporters even on the days where I really don’t want to go to the rink, as they always push me to go there. My sports psychologist has been a big help in keeping me focused when I need to be. My ballet instructor has helped me to feel more comfortable, and my choreographers have helped build the program for me. Lastly, my coach, Ravi Walia. Ravi’s been incredible and he stays super calm whenever I get panicked. He’s always there reminding me that the competition is there as a reward for the training. Having him there beside the boards, and knowing that when I come off the ice he will (hopefully) have something positive to say means a lot to me.

Well surely, your Coach Ravi Walia has had a lot of very positive things to say recently?

Like I said, he usually stays very calm. I saw him react for the very first time at World’s in the middle of my program and I had to take a second to think about whether he was my coach or not (laughs). It was up during my last jump at World’s, my axle and it was the very first time I landed it where I’ve been able to see Ravi on the ice. I turned it and I saw him jump. I took a minute and thought how weird it was because Ravi never reacts. Then, he fist-pumped at the Olympics and I didn’t see it until the video afterwards. Meagan always jokes about how Ravi never has any expression at all, so he was very excited to show Meagan everything.

Let’s talk about the last few weeks since the Olympics and since the World’s. You’ve been very, very busy. You’ve been overseas performing in Japan, and most recently, you were home in Newfoundland for a series of events as well. What is the key to being able to maintain such a high-pace?

The cast members have been absolutely incredible on the Japan tour and the Canadian tour. They keep me motivated every day. It’s a fun group and it’s a lot of fun to be able to tour with them. Also, just knowing that the season is done and that I get to celebrate the year now. Being able to celebrate it with everyone, whether it’s people in Japan or going home to Newfoundland, it was absolutely incredible. It’s so rewarding to go back there. Now, being on this cast, I get to travel across Canada and still enjoy the entire year. 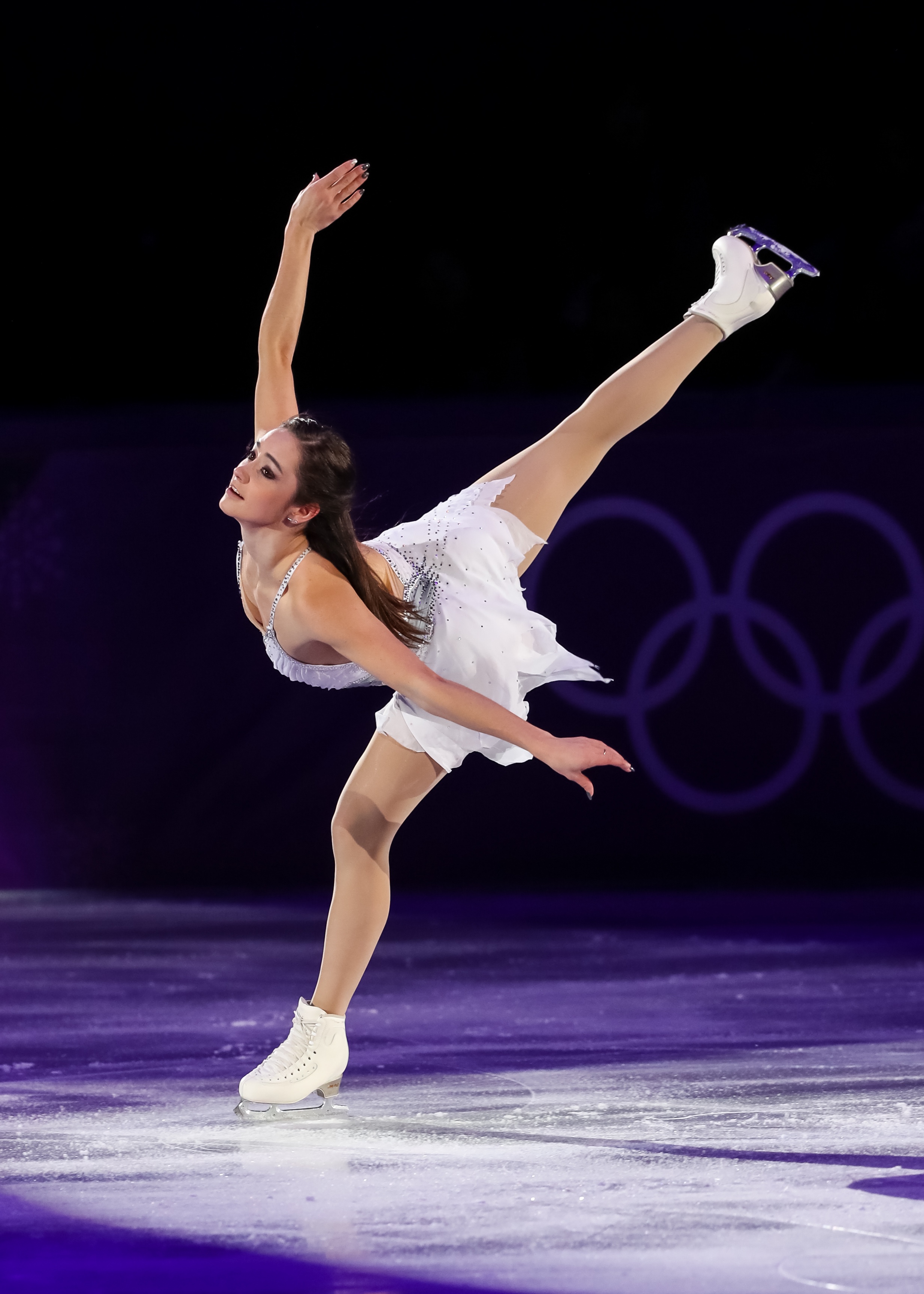 What a stellar cast when you think about it, right?

It’s a great cast. Every single person on our team has a World medal and pretty much everyone has a World gold medal too. It’s an absolutely incredible team.

When you were home in Newfoundland, we read that you had a stretch of highway renamed in your honour. A few years back, you had an arena named after you and a key to the town. It has to be surreal, how would you describe some of the accolades that you’ve received in recent weeks and what have been some of those moments been like that you never could’ve imagined initially?

So, the key to the town doesn’t do anything (laughs). It’s all very surreal though. Anything being renamed after me is definitely something I didn’t imagine when I was younger. It’s an incredible honour to have that recognition. Being in Marystown, it feels so good that everyone wants to celebrate my success and I feel so lucky for all of the support. With Newfoundlanders, you really don’t have to give them much of a reason to celebrate (laughs). We were able to get everyone together, I did three shows there and each of them was sold out. That feeling was absolutely incredible, to have all of that support there. The day where the stretch of the highway got renamed after me, well, one of the sledge hockey members was also from there, and he also got another highway named after him. Being able to celebrate for another athlete was really exciting, too. After 2014, it was only me and Newfoundland at that celebration, so it was good to have another person. It shows that there are more people in Newfoundland.

What is next for you after Stars on Ice? You’ll be traveling for the next month or so and then what?

Then, I’m going to take a break and help myself realize that this year happened. I don’t think anything will set in until that moment. I’m enjoying life and still trying to figure out how this year happened. I’m just taking a little bit of time off for myself and getting ready for next season. 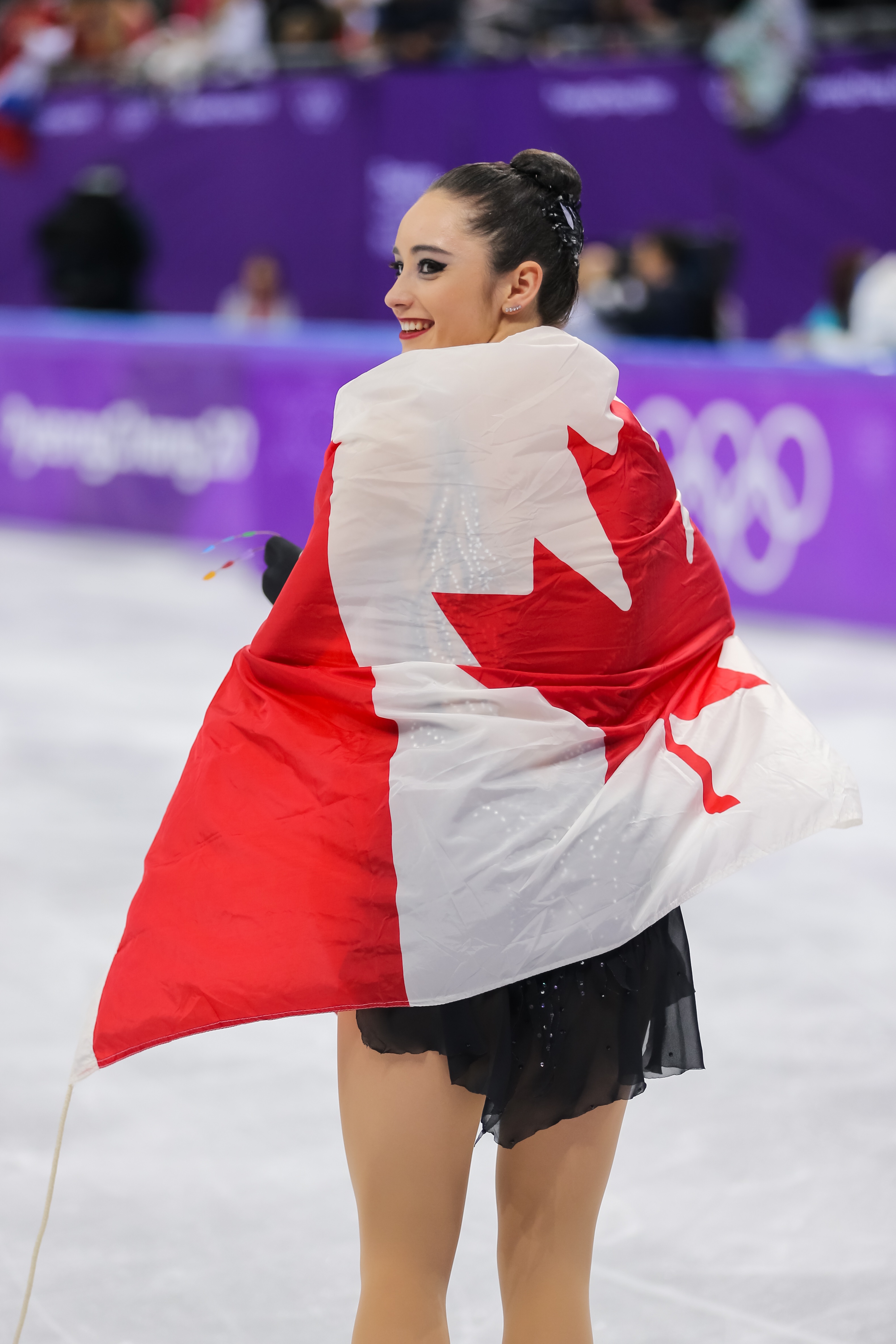 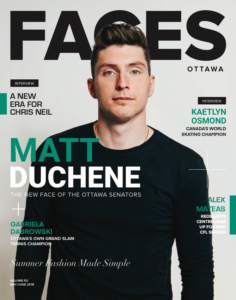