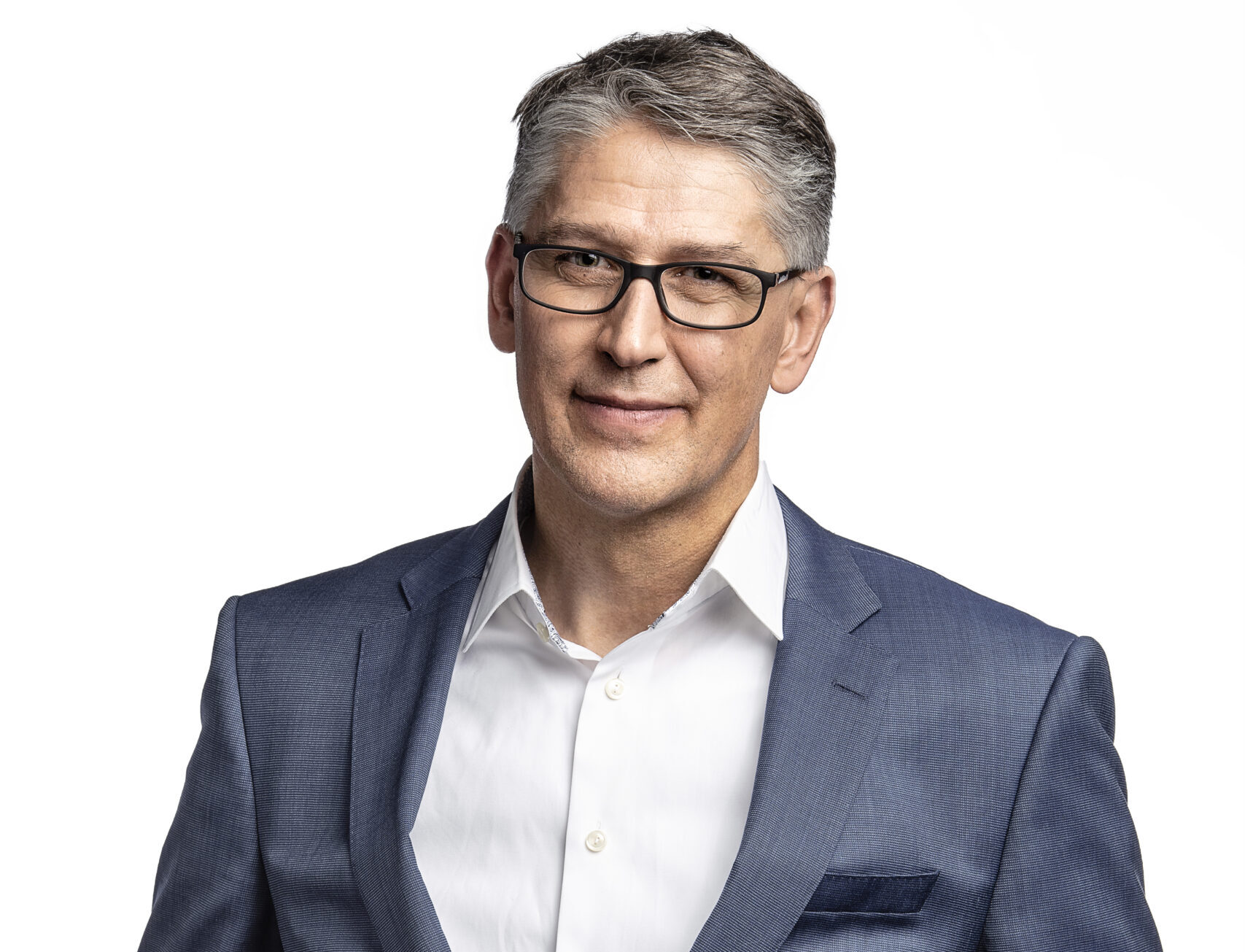 Though hockey may have come first, Kent Manderville’s interest in finance was never far away.

In the beginning, when Kent was drafted 24th overall by the Calgary Flames in the 1989 NHL entry draft, the 6-foot-three defenceman played for Cornell University for two years, and studied finance throughout. He also played for the World Juniors twice, winning Gold in both years. Shortly after leaving Cornell, Manderville joined the Toronto Maple Leafs, and began a 12-year career in the NHL, where he would also suit up for the Edmonton Oilers, Hartford Whalers/Carolina Hurricanes, Philadelphia Flyers and the Pittsburgh Penguins.

After a decorated career in hockey, Kent transitioned from the world of pro sports back into finance. He pursued his CFA and CFP certifications in 2020.

Kent’s unique perspective, that of an NHLer with a finance mind, has allowed him to see a pitfall that even he admits he first fell into as a young pro hockey player. While today’s best athletes go to great lengths to make sure they are at their best physically, much less thought is given to their financial wellbeing. It can have dramatic consequences, says Kent, who has seen many of his former teammates realize the cumulative effects of bad financial decisions early in their careers coming full circle today.
Today, Kent is a private wealth advisor and the Director of the Hockey Family Office at IP Private Wealth in Ottawa. He aims to bring his experience in the league, with his technical knowledge in wealth management, to help hockey players and their families navigate the complex changes that come with success.

We sat down with Kent to discuss his own hockey career, his journey back to the world of finance, and why his new role takes such an important meaning.

Even as a young athlete, you tried to continue your studies as much as possible. You played for the World Juniors while still studying at Cornell. How did you manage to balance the demands of school with your budding hockey career?

It was a challenge. I went to Notre Dame in Wilcox, Saskatchewan. It’s a small school and I got used to juggling academics with the traveling and the time commitment required of hockey. It translated well to Cornell, which was of course a step up: it’s an Ivy League school. I just used my time wisely. The World Juniors was a bit of a break from school, actually (laughs). Juggling school and hockey was all I knew, so I just did the best I could.

You’ve had a decorated career in hockey, that included over 700 games, Olympic medals, and 2 World Junior Golds. Looking back, what was one of your proudest accomplishments, or fondest memories, and why?

I remember watching the Olympics for the first time on TV in 1984. I remember how much the idea of representing your country resonated with me. So being able to play at the Olympics at a young age was a dream come true. The World Juniors, and the U-17, were all wonderful experiences. Winning the World Juniors on home soil, getting the gold with the John Slaney goal, was incredible. I’ll never forget how it felt to have the fan support of an entire country rallied behind us.

And of course, playing in the NHL for so long is definitely something I’m proud of. It’s a tough league to survive in. I wasn’t the most offensive person, but I did find a way to stick around. 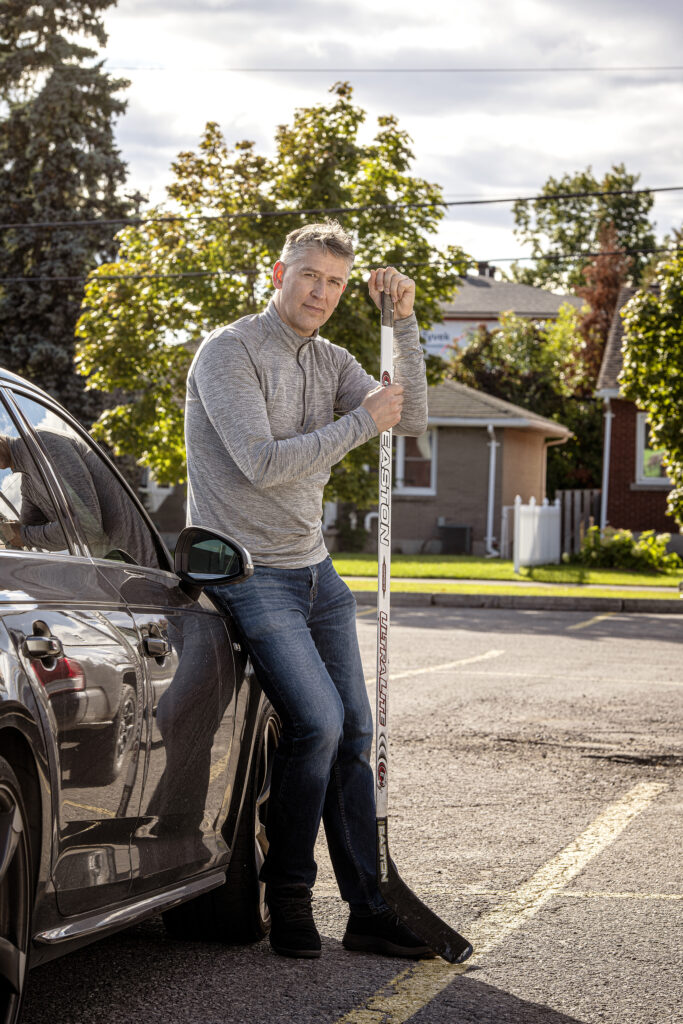 After such a fast-paced career in hockey, what was it like to transition out of playing professionally? Did you find this challenging to redefine your identity outside of hockey?

I played in Finland in my last year, and I was really considering law school. I was a player rep for a number of teams in the NHL. I was really trying to learn as much about the industry as possible.

The challenge was trying to find different interests outside of hockey that would make a worthwhile career. Once I really examined my options more closely, I found that wealth finance was more up my alley. I was a finance major at Cornell, so it all came full circle for me. I used my own experiences, not only from the game, but from life, and realized I wanted to help others in this area. I knew there were athletes who had the same questions I did when I started playing professional hockey. For me, I never found good answers to those questions, and that’s why I did the research and started doing it myself.

What were some of those personal experiences that you drew on that helped you make this decision?

Thankfully I don’t have any personal horror stories. One of my first agents said that he would manage my money, and it became very clear that he was trying to get me involved in various investment schemes. I use the word schemes because that is a true depiction of it. He also sold me an inappropriate universal life policy that, in the long run, turned out to be fine, but at the time was just completely inappropriate.

But I also got to see what other guys were doing, and now at my age, I’ve seen the results of many poor decisions from the past. Those types of financial decisions compound over time.

I also had a teammate pass away when I was playing in Carolina, and I saw the importance of proper planning for those types of events that would have helped to alleviate some of the circumstances the family faced afterward.

How common are these types of situations that you’ve seen with your teammates, and younger players today, who get poor financial advice with dire consequences?

There are many of these tough stories. For example, Joe Murphy. Guys have lost hundreds of thousands, if not millions, of dollars. I think it’s actually very widespread. Most players have their own stories about an investment that went belly up or a time they trusted the wrong person. So while many can be chalked up to more of an educational experience, I think it underlines the point that when you’re younger, you really can have a lot of misplaced trust. And that’s what we aim to rectify with our clients.

What was it like to return to the world of study to pass your CFA and CFP exams?

My CFA is really the gold standard for wealth management, it’s one of my proudest accomplishments. Hockey helped me to get through those programs at Cornell, but the reason why I came back to them is because I didn’t just want to be a salesperson. I wanted to be technically proficient and at the top of my game. When you play in the NHL, you’re at the top of your game; you’re at the upper echelon, and that’s the same reason why I wanted to do the CFA and CFP exams.

Today, you work with IP Private Wealth and the Hockey Family Office. What is your favourite part about the work you do in each role?

It took me quite a while to find a good fit with a firm. I hit it off immediately with Richard Kluska, the CEO and founder of IP Private Wealth. What I love about the office is that our clients are never just working with one advisor, they have a whole team behind them. My favourite part is working directly with my clients, and really helping them to have power over their finances, whether they have just signed their first contract or are transitioning out of hockey. I know from my own experience how powerless you can feel trying to stay in the NHL, it’s a hard league. I’m able to bring my experience, combined with my technical knowledge, to give them confidence in their strategy. And, they know that they are backed by our entire team at IP Private Wealth. It’s a great feeling.

Why is it important for you to help clients and their families successfully transition from hockey, financially?

If we do our piece on the financial side, it makes the transition easier. Pro athletes are in a unique situation: at a relatively young age, they experience a financial drop off the size of the Grand Canyon. Things are great when they’re playing, but when they’re done they go to zero. So if we do our jobs right, it lessens the blow of going from being highly paid to hardly paid.

I’m also able to lend my experience here, and have those hard conversations while they are still playing. I help to facilitate that engagement in thinking about life after hockey, not only for the player, but for the whole family. My wife put her law career on hold for many years because of me, and it has impacted her career. She is now a lawyer with the Department of Justice, but at the time, the whole family was impacted. I bring a perspective that others who have never been in their shoes and done the transition themselves may not account for.

Speaking of your perspective, what is your best piece of advice for hockey players who are just beginning this transition both personally and financially?

My advice is to fully engage, not only in their hockey, but in their entire career. Guys are used to being proactive and making decisions about their game… they have skating coaches, skills coaches, nutritionists… they are proactive about their ability. But, they aren’t always proactive in considering what they’re going to do after hockey. You shouldn’t just go along with your advisor’s advice. Be engaged. Treat yourself as the CEO. You and your family are the corporation. Have a board of advisors, a board of directors (which we help facilitate), and be engaged in the process.

Take interest in things off the ice. You have to, because you work so hard and your hockey career is such a grind on your body. Take full advantage of that window of opportunity with your career, but fully maximize its value and protect it going forward.

We grow up saying we want to play in the NHL, not that we want to manage a portfolio, or do an estate plan, or tax plan. But those are the things that come with success. When you get to the NHL, you have that responsibility not only to yourself, but to your family as well.