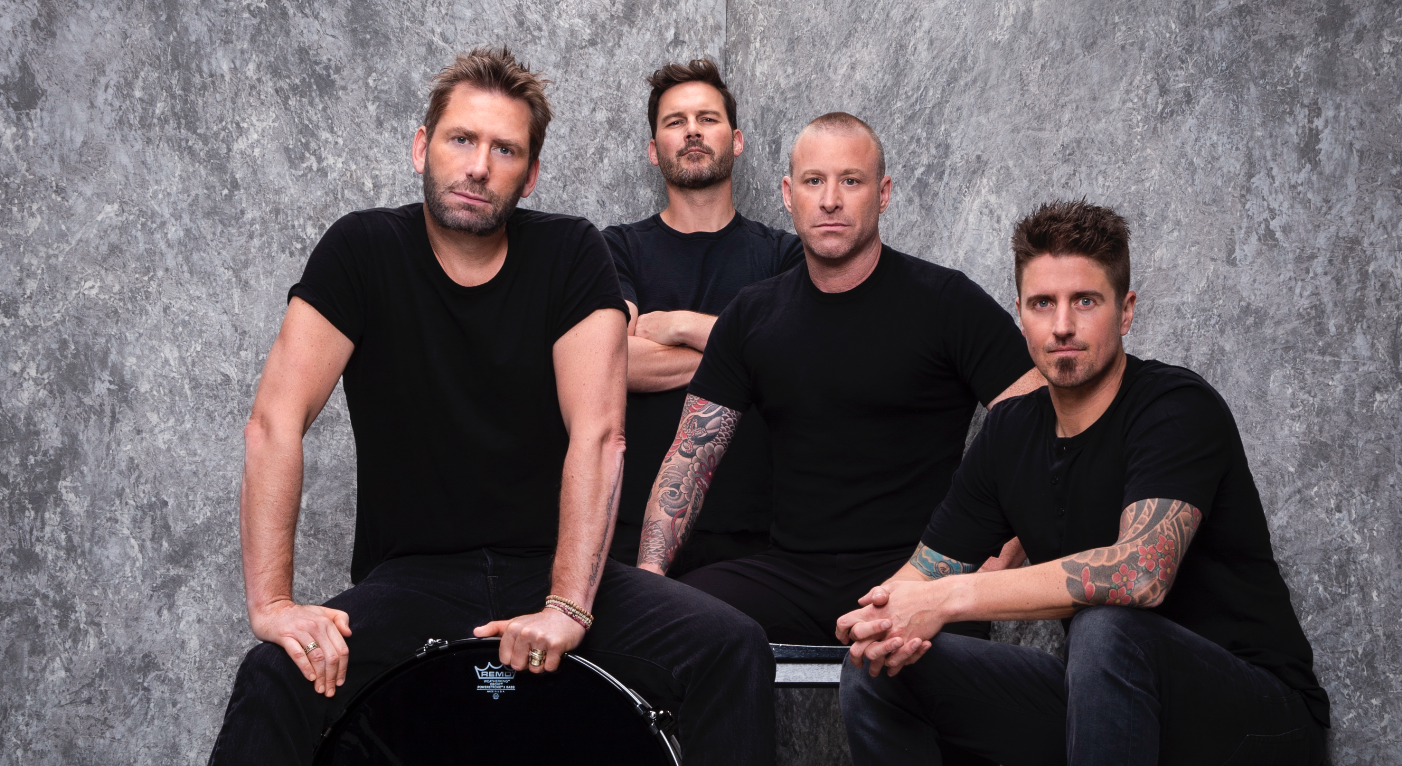 Nickelback’s rise to become one of the most successful rock bands of the 2000s hit overdrive 20 years ago this week when the Canadian rockers released their breakout album, Silver Side Up. It quickly became a global phenomenon, selling more than 10 million copies worldwide while achieving multi-platinum certification in Canada (8x), the U.S. (6x), the U.K. (3x), and Australia (2x).
The album’s lead single, “How You Remind Me,” was the catalyst. The anthem topped the charts in multiple countries, including Canada and the U.S., where Billboard ranked it as the top single of 2002. Nielsen SoundScan named it the most played song of the decade where it garnered more than 1.2 million spins between 2001 and the end of 2009 at U.S. radio alone. Today, the band’s award-winning song has tallied over 1.2 billion global streams and is on the brink of being certified 4x platinum.
Lead singer and guitarist Chad Kroeger, guitarist Ryan Peake, bassist Mike Kroeger, and (former) drummer Ryan Vikedal recorded Silver Side Up in Vancouver, Canada, at Greenhouse Studios during the spring of 2001. They co-produced the album with Rick Parashar (Pearl Jam, Alice In Chains).
Chad Kroeger says: “It’s hard to believe that Silver Side Up is 20 years old! For us, the album is filled with so many memories and moments that will last a lifetime. We were four guys from a small Canadian town, and never in our wildest dreams could we have imagined that this album would resonate with people around the world the way that it did, nor could we have predicted how profoundly our lives would change after its release – and that is something we will never forget. After 20 years, the songs don’t really feel like they belong to us anymore, but rather they belong to everyone that has embraced them and welcomed them into their lives and for that, we are eternally grateful.”
To celebrate the landmark album’s 20-year anniversary this week, a digital version of Silver Side Up is available now.
In this article: