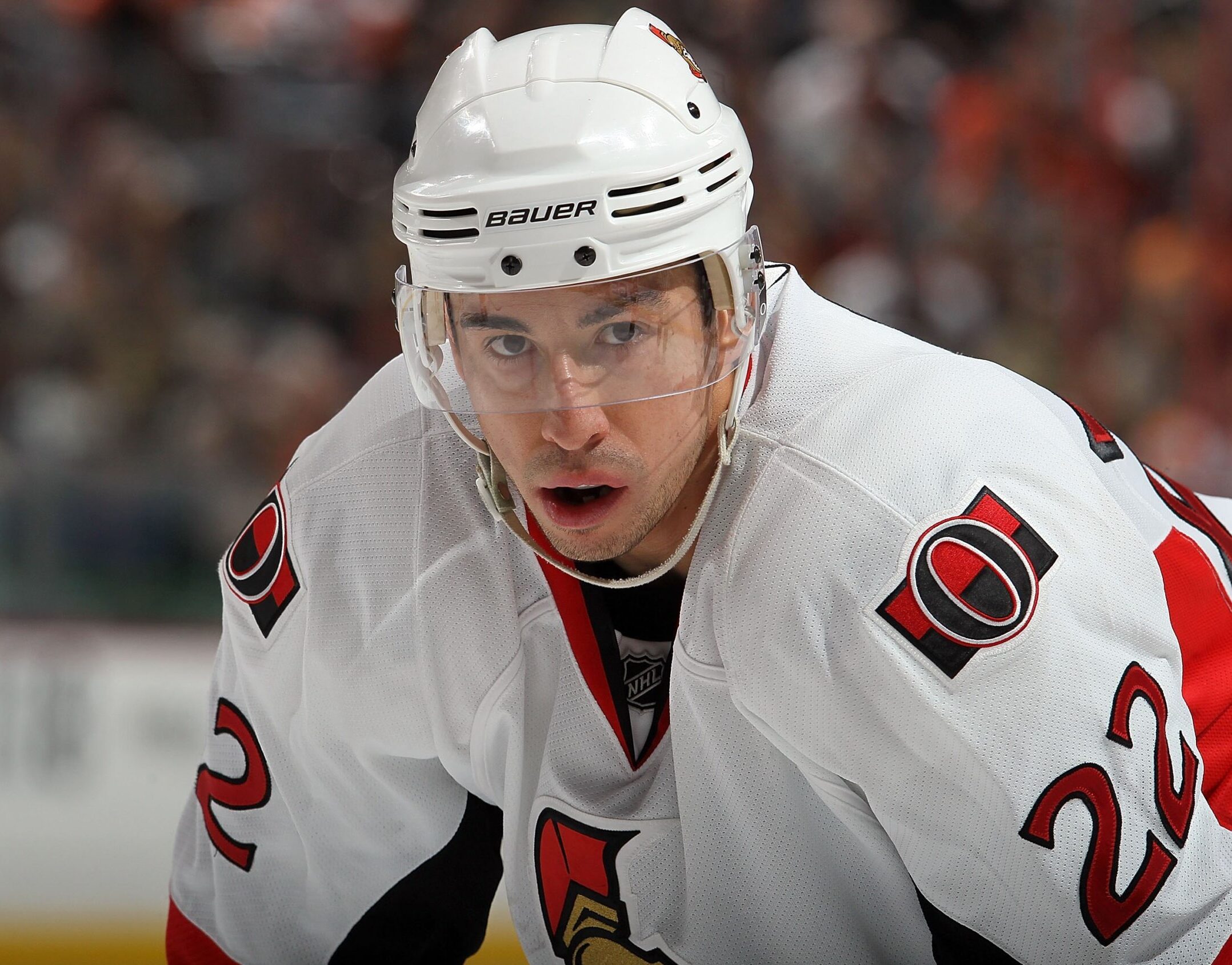 It feels like just a moment ago that Chris Kelly was a skinny, giddy, 18-year-old kid being scooped up by Ottawa at the 1999 NHL draft in Boston. Kelly turns 40 today (Nov 11th) and, as we look back at his NHL career, it was certainly a hockey life to be proud of.

On draft day, Kelly had just completed a fine season with the London Knights, scoring 77 points in 68 games. And that’s where the grind began for Kelly. It was nice to be drafted but he still faced a very long path to the big leagues. The Sens’ third-rounder had to go back and spend two more years in the Ontario Hockey League, then four more in the American Hockey League. If working and waiting for his dream was bothersome, Kelly never let it show. He was the ideal teammate – well-liked everywhere he went, playing the game the right way.

By the fall of 2004, Kelly might well have been NHL-ready but the league got itself all tangled up in a labour dispute and eventually cancelled its season. So, Kelly had to wait some more, playing another year in the AHL with Binghamton. Despite being the third-line centre on that team, neatly tucked in behind Jason Spezza (the AHL scoring leader) and Antoine Vermette, Kelly was the one who wore the captain’s C, also posting 60 points that year.

Following the lockout, Kelly arrived in Ottawa, full-time, in 2005. He was slotted into, arguably, the best roster in franchise history – a stacked Senators’ team with a Stanley Cup window that was wide open. While the spotlight favoured stars like Spezza, Daniel Alfredsson, Dany Heatley, Martin Havlat, Zdeno Chara, and Dominik Hasek, Kelly was instantly recognized by head coach Bryan Murray as a valuable player who could play in all situations, even as a rookie. As the Sens won 52 games that season, Kelly even put up 30 points and quickly became a fan favourite for his hard work and positive attitude.

But that season ended with a thud, as the top-seeded Sens fell to Buffalo in a shocking second-round upset. In Kelly’s second year, the Sens remained among the league’s best, this time making it all the way to the Cup final for the first time. They fell in five games, outmuscled by a bigger, well-rested Anaheim Ducks squad. No one knew it at the time, but the Senators’ best days were behind them. In the next four years, the Sens won a grand total of 2 playoff games and, by 2011, it was time to rebuild. Kelly was dealt near the deadline that season to Boston for a second-round draft pick.

Bruins’ GM Peter Chiarelli, Ottawa’s former assistant GM, knew exactly what he was getting in Kelly.

“I’ve obviously had a connection with him in my time with Ottawa,” Chiarelli told nhl.com. “He’s a very good person and has good leadership character. We’re happy to have him in the organization.”

Just over four months after his arrival, the Bruins ended their 39-year Stanley Cup drought, with Kelly doing what he always does: being a great, steady, reliable teammate and posting decent numbers. He finished that playoff run with 13 points in 25 games. A year later, he was rewarded with a four-year deal worth $12 million. Kelly and the Bruins would return to the final two years later but this time they ran into the Blackhawks in their prime.

Adversity struck hard in 2015. While battling for a puck in a game against Dallas, Kelly suffered a broken leg when his skate dug awkwardly into the ice. He was 35, in the final year of his contract and staring down the business end of a 6-8 month rehab. Most observers agreed that a comeback would be tough. It ended up being his final game as a Boston Bruin, but guess who took a chance on him, signing him the following year? The Ottawa Senators. He played all 82 games for them in 2016-17.

That last year in Ottawa would be Kelly’s final full season in the NHL but his character would win him one more great opportunity after that. With Kelly playing out the string with Ottawa’s AHL team in Belleville, Team Canada came calling; not just to be a member of their team at the 2018 Winter Olympics, but to be their captain. Kelly helped Canada win an Olympic bronze medal in Pyeongchang.

After a season with the Senators as a development coach, Kelly was hired last year as the Bruins’ Player Development Coordinator.

Chris Kelly won’t be remembered in Ottawa as a star player, but he’s an inspiring example of an athlete who successfully used the tools of high character and hard work to help him make the most of the talent he had.