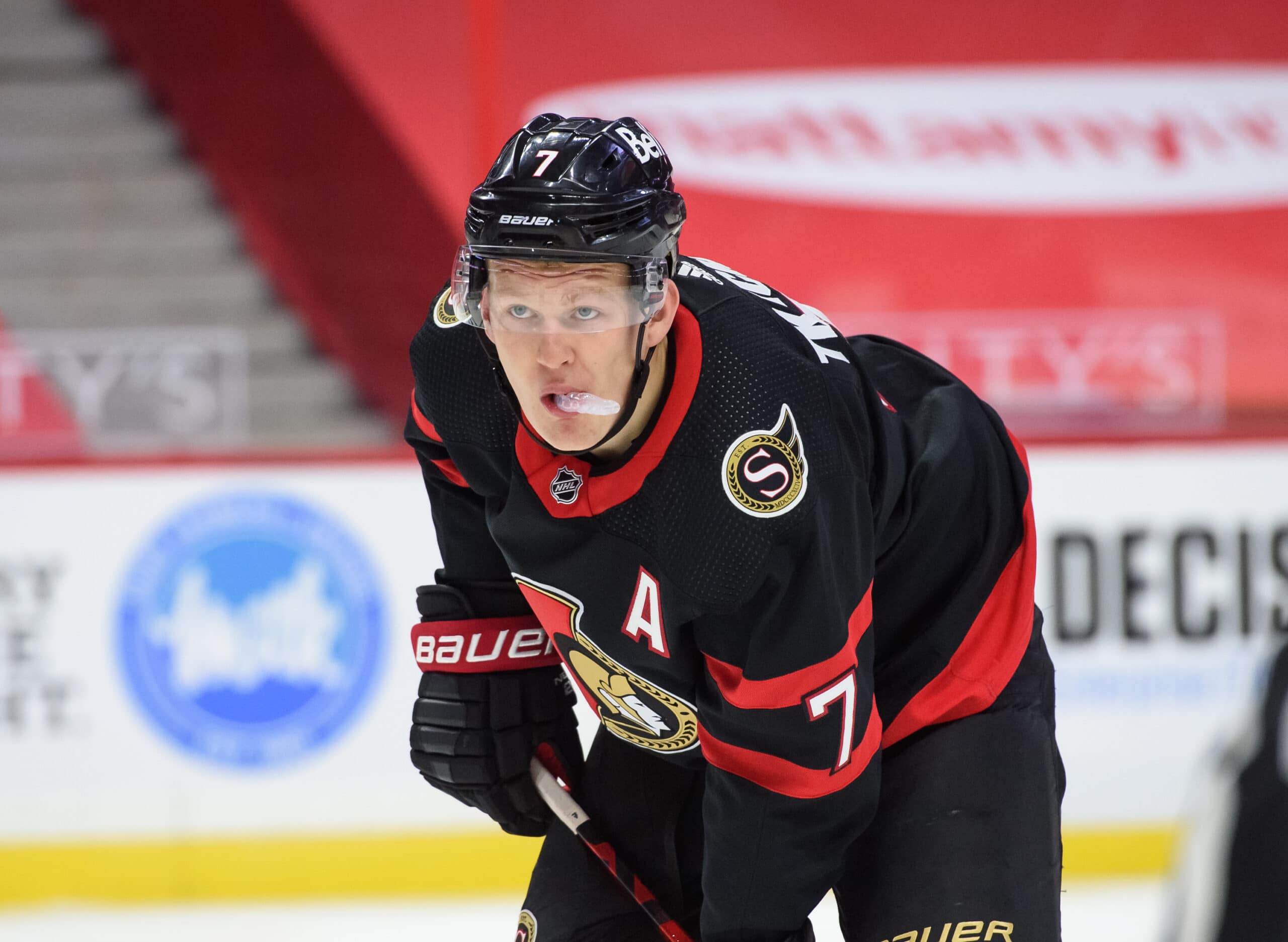 Talk about waiting until the last minute.

Tkachuk has been eligible to sign an extension for over a year now but negotiations didn’t really begin in earnest until this past summer. The club insisted throughout the process the ongoing talks had been amicable. But with each passing day, there seemed to be new media insider reports suggesting otherwise. Each new report seemed to conflict with the one before it and fans grew impatient, picking sides in the dispute.

That’s all forgotten now as the Sens make an expensive, long-term commitment to the player who’ll likely be their captain for the next seven years.

The signing also shows a full commitment to a proper rebuild. Much of the fan base has been skeptical, wondering whether owner Eugene Melnyk would truly live up to his vow of a few years ago that he would spend close to the cap, starting in 2021. Melnyk had already made huge long-term investments in Thomas Chabot, Matt Murray, Colin White and Drake Batherson. But the Tkachuk deal was the one everyone was keeping an eye on and the club gave its fan base exactly what it wanted.

Even fans who once helped pay for Ottawa billboards that read “#MelnykOut” have to give Melnyk at least some credit for stepping up on this one. It’s not a short-term deal (like his equally stubborn brother Matthew signed at the same age) or a cheap one, which so many expected.

“We’re thrilled to come to a long-term agreement with Brady,” said Senators owner and governor Eugene Melnyk in a press release. “He’s a valuable member of our leadership group, is universally respected by his teammates and a player we’re certain will have a significant impact on our success in the seasons ahead.”

The 22-year-old appeared in each of the Senators’ 56 regular-season games in 2020-21 and led the team in scoring with 36 points (17 goals, 19 assists) while adding a team-high 69 penalty minutes. It was the second straight year he’d led the team in points.

In almost every way, Tkachuk seems to be the kind of player any team would like to build their team around. There’s only one part of his game that might still be of concern. Can Tkachuk eventually produce the kind of offensive numbers one would expect of a player now making that kind of money?

GM Pierre Dorion is obviously confident he can.

“This is an exciting day for the Ottawa Senators,” said Dorion in a club statement. “Brady possesses a very dynamic skill set and is a prototypical power forward in today’s NHL. He scores goals, he plays physical and exemplifies what it means to be a pro for all players in our organization.”

Tkachuk won’t play in the opener and Senators head coach D.J. Smith said earlier this week that Tkachuk would probably need 7-10 days before being inserted into the lineup. But it’s a safe bet Tkachuk will be in Smith’s ear, trying to get into the lineup as quickly as possible.

As for Tkachuk becoming the next captain – the team’s first since Erik Karlsson left four years ago – it’s now only a matter of when, not if.