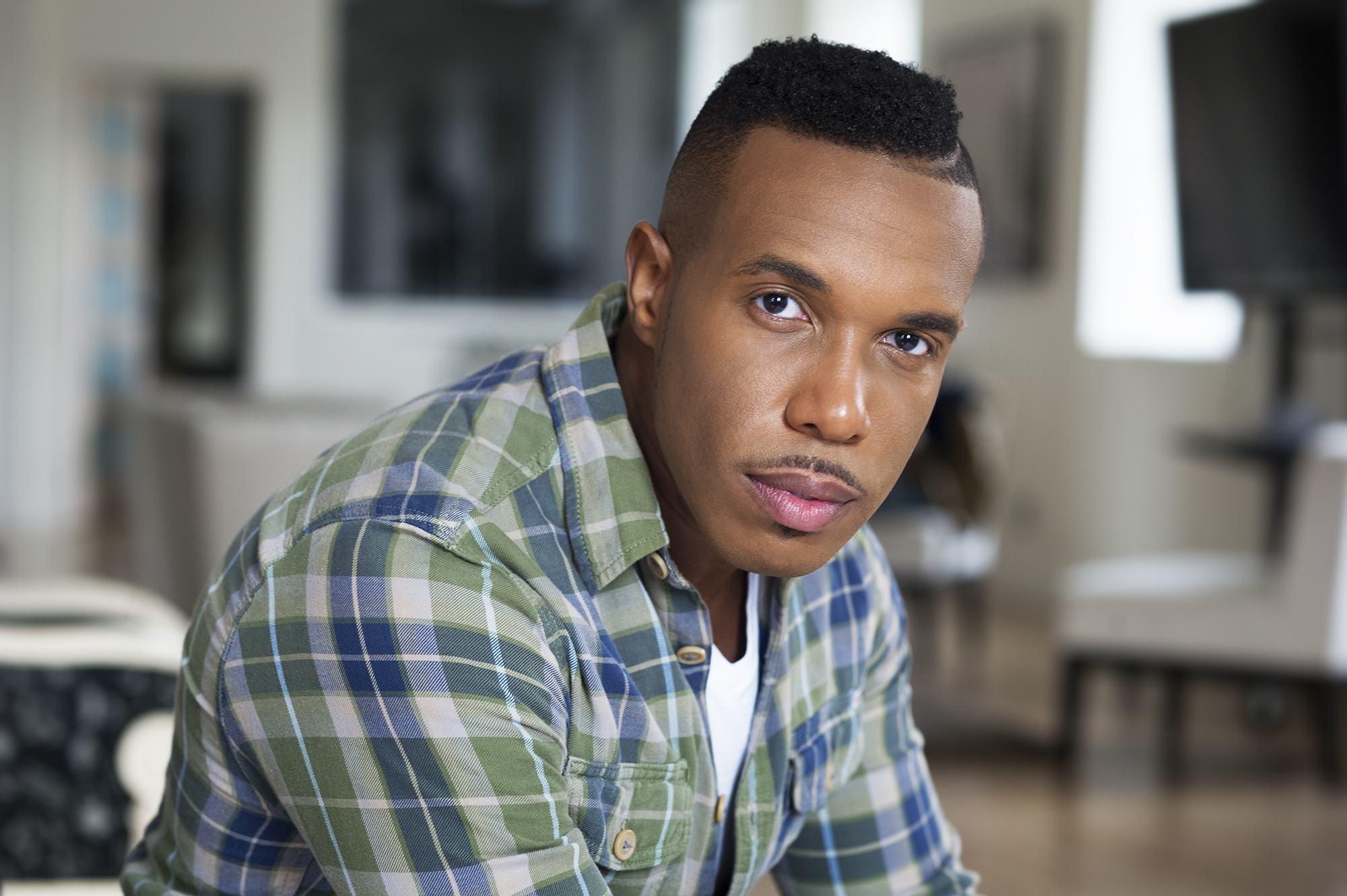 Stefan Keyes is a pillar of Ottawa’s community. He’s a recognizable face of the CTV News Ottawa team, but his dedication to the city goes much deeper. He’s also a United Way Community Builder; an advocate for children in low-income housing in Ottawa. He’s also the recipient of an Ontario 150 award. He’s an actor and vocalist, and when his career and aspirations aren’t keeping him busy, Stefan lends his time to hosting charity events in the capital.

With important conversations taking place across the world surrounding racism, and the world brings to light the real challenges that still exist for black, indigenous and persons of colour today, we sat down with Stefan Keyes to hear his key insights and perspectives on these issues in our community, and his journey as a black man in Ottawa and in the public eye. 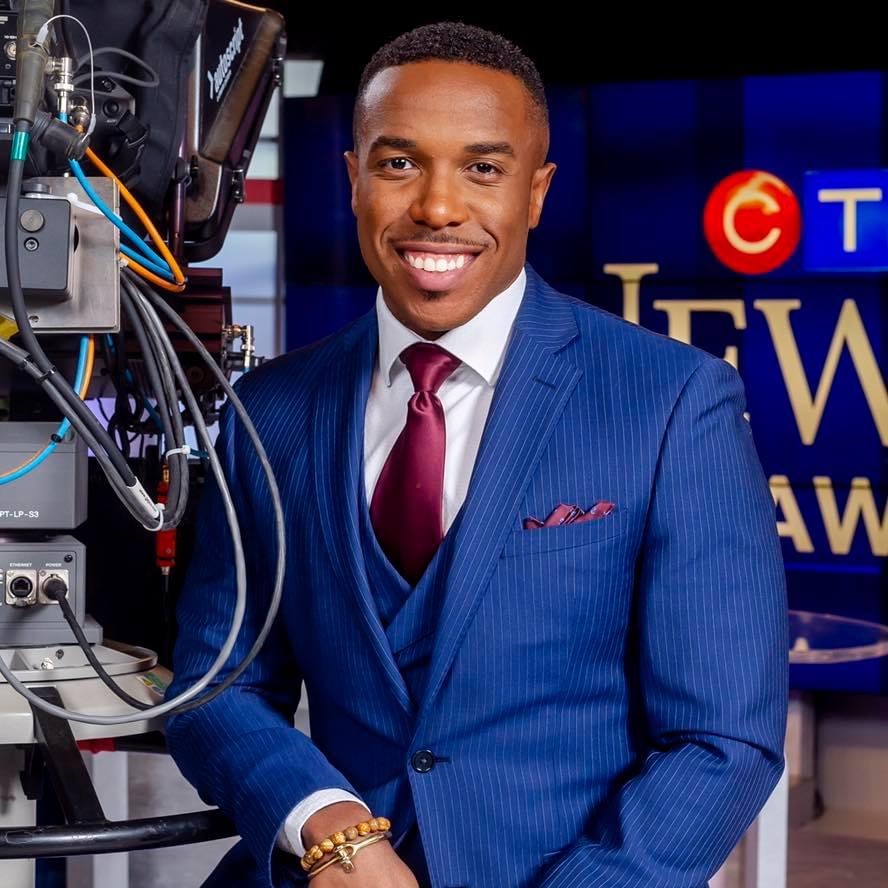 Right now, important conversations are happening around racism in Canada, police brutality and white privilege. What do you think the media’s role in these conversations is, or has been? Do you think it needs to change?

Objectively speaking, the role of the media is to understand the pulse of society and report the issues that are current, significant, and new. Racism in and of itself is not new. Unfortunately, perhaps that is why people are so comfortable in believing it doesn’t exist. Every incident of racism is not reported. However, the heightened and renewed calls to put an end to it most certainly is news. The media is an all-encompassing word that can apply to various forms, but when it comes to news media the ideal role is to keep people informed of both sides of the conversation. In doing so, people can formulate their own opinions. It is still a dangerous dance that flirts with bias when news outlets may feel it is their job to persuade the public of one thing or the other. At times, if the conversation feels one-sided it is often because those with the unpopular or opposing views do not want to share them so publicly – fearing backlash.

As a reporter, you’re trained and experienced in navigating uncomfortable conversations to get at the heart of issues. What have these conversations been like for you, as you’ve led them on CTV, and participated in them on various platforms on social media these past few weeks?

Admittedly, the conversations feel much more personal now. Desensitization to issues is a well-understood conditioning that comes following years of doing the job. Nonetheless, getting at the heart of this issue also means I can’t escape becoming personal and vulnerable to shed light on the truth of it all. There is certainly discomfort in vulnerability but there is also fulfillment in being able to share experiences of racism, prejudice and discrimination that have been compartmentalized and tucked away for so long. In hindsight, perhaps it has even been therapeutic to engage in uncomfortable conversations that end up being rewarding and (seemingly) helpful to the greater good of such a humanitarian issue.

What are some tips for people hoping to approach these conversations about racism and white privilege with friends and family?

I don’t believe in cookie-cutter solutions or approaches to any conversation. Everyone responds differently and may need to break the ice differently when it comes to discussing such a sensitive topic. Still, I think the very best advice I could offer is willingness to participate in the conversation and listen. Lean not on your own understanding for the things you haven’t experienced first-hand; but have an open heart and mind towards those who are victims of being made to feel inferior. Acknowledgement and not getting defensive through denial is the first step.

One of the key messages you have for others is that the first step to change is acknowledgement. Can you share with us some of your experiences with racism as a black man in Ottawa?

My mother and I have been called the N-word on more than one and separate occasions. But my first introduction to that hateful language was as a child going to visit my aunt who owns a home in Bells Corners. A white father with his child looked at us and said something to the effect of look at all these “n-words moving into our neighbourhood with their n***** children.

In elementary school, my French teacher pulled me by my hood while going up the stairs after recess to force me into single file. The zipper pinched the skin on my neck. She didn’t use her words. She used her hands. And the physical aggression was only shown towards myself – not my white friend who was also not in single file. In my innocence, I didn’t realize just how differently she generally treated me. At the time, I thought she just didn’t like me…but I must wonder if the colour of my skin made her treat me like a troublemaker though I was an A+ student.

I have been followed in stores by retail workers who didn’t offer help or any form of customer service but only felt compelled to stalk my whereabouts.

I have been stopped by police leaving the downtown core without an apparent reason just to be told my plate sticker would be expiring soon, though it hadn’t expired yet.

As a university student we used to joke that the Byward Market dress code for clubs was a “black code”. It didn’t matter how compliant we were in clothing attire, we were denied access. It used to be no hats, but we started to notice all the white patrons wearing trucker hats were allowed in. It appeared it was the fitted athletic caps that were the problem. We stopped wearing those…and then were told our Timberland boots weren’t up to code. We started wearing dress shoes and were still rejected at the door. We couldn’t win though we were willing to play by the rules. It was close to becoming cultural genocide of urban culture just to try and get through the door.

I have had a former colleague refer to me as “the help.” It was a Freudian slip that she couldn’t even correct after it had slipped from her lips.

Early in my career, while lesser known, I went to emcee an event and one of the attendees handed me her coat for coat check assuming I worked at the hotel and couldn’t be attending such a prestigious affair and seemed frustrated and perturbed when I refused to take it. Later when she realized I was not only attending but the master of ceremonies for the night, she apologized.

In all honesty, believe it or not, this is just the short list. 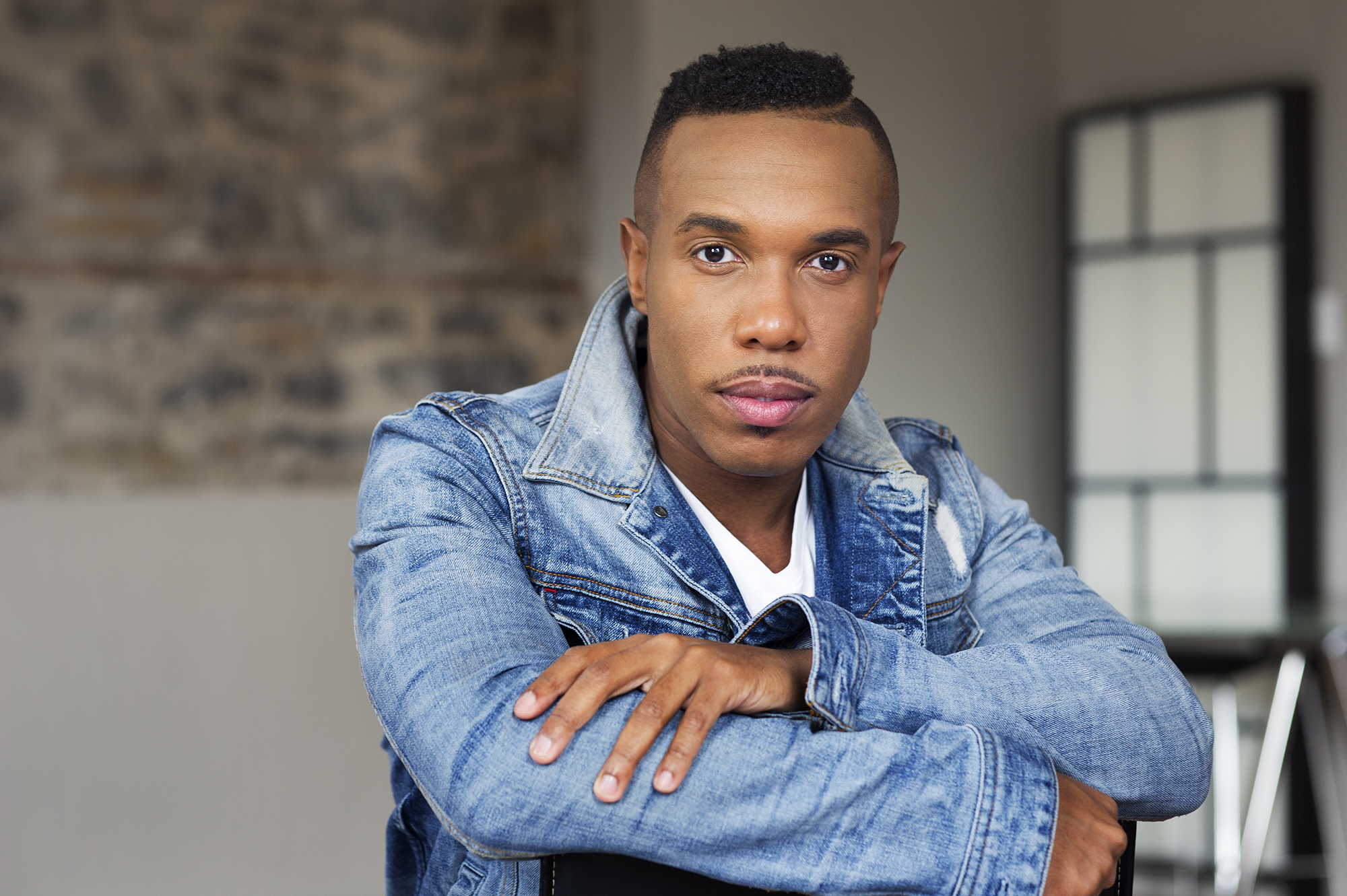 How has your identity as a black man, shaped your career decisions or has guided you to being where you are now?

Honestly, it has been my main motivation for being in front of the camera. I have fought for visibility and to portray an image of a black man that goes against all stereotypes. In some ways, I sacrificed aspirations in entertainment for that very reason.

As a student, I worked at a call centre and told a work peer I hoped to climb the broadcast journalism ladder and become a news anchor. They laughed and suggested Ottawa wasn’t ready for a black news anchor. I’m pretty stubborn and don’t enjoy others dictating what I can and cannot do. I chose to steer my own ship and take control of my destiny. But it was hard and it was slow. It took the biggest exercise in patience as I watched those who came after me advance before me though I was more than capable.

I could have stayed behind the scenes as a producer. I could have attempted to make a climb in a role more closely linked to management but truly felt that without visible diversity, I would have missed my opportunity to help create a paradigm shift in the nation’s capital. People often can’t believe what they don’t see. So, if they didn’t see me doing the job well … they wouldn’t believe that anyone else who looked like me could be in this role.

You live on the forefront of news and breaking stories and issues. Why, in your opinion, is this conversation happening on such a worldwide scale?

I think it ties in to my last response. Legitimately, there are those who need to see it to believe it. So when black individuals are claiming this is happening, it is easy to make them feel as though it is not the case and that it is only through their worldview (i.e. sensitive black lens) that such an atrocious dynamic can take place. The cellphone footage is providing the proof….and the maliciousness of kneeling on someone’s neck for nearly nine minutes as they beg for mercy and vocalize they cannot breathe is something the entire world cannot find an excuse for or rationalize.

Being such a successful, highly respected actor and journalist, you’ve been on the forefront of this issue for quite some time. But is there anything new you’ve come to realize or learn from the conversations that are taking place this month?

I will say this:

For generations, members of the black community have become accustomed to fighting their own battles with little to no help. As this goes global and solidarity protests have crossed multiple borders it truly feels like a turning point. Seeing those in attendance risking their own health during a pandemic because they recognize the overwhelming need to end racism once and for all, is extremely touching.

For the first time, it not only feels as though we are fighting solely for ourselves. It feels like the entire world has our back and it is beautiful. 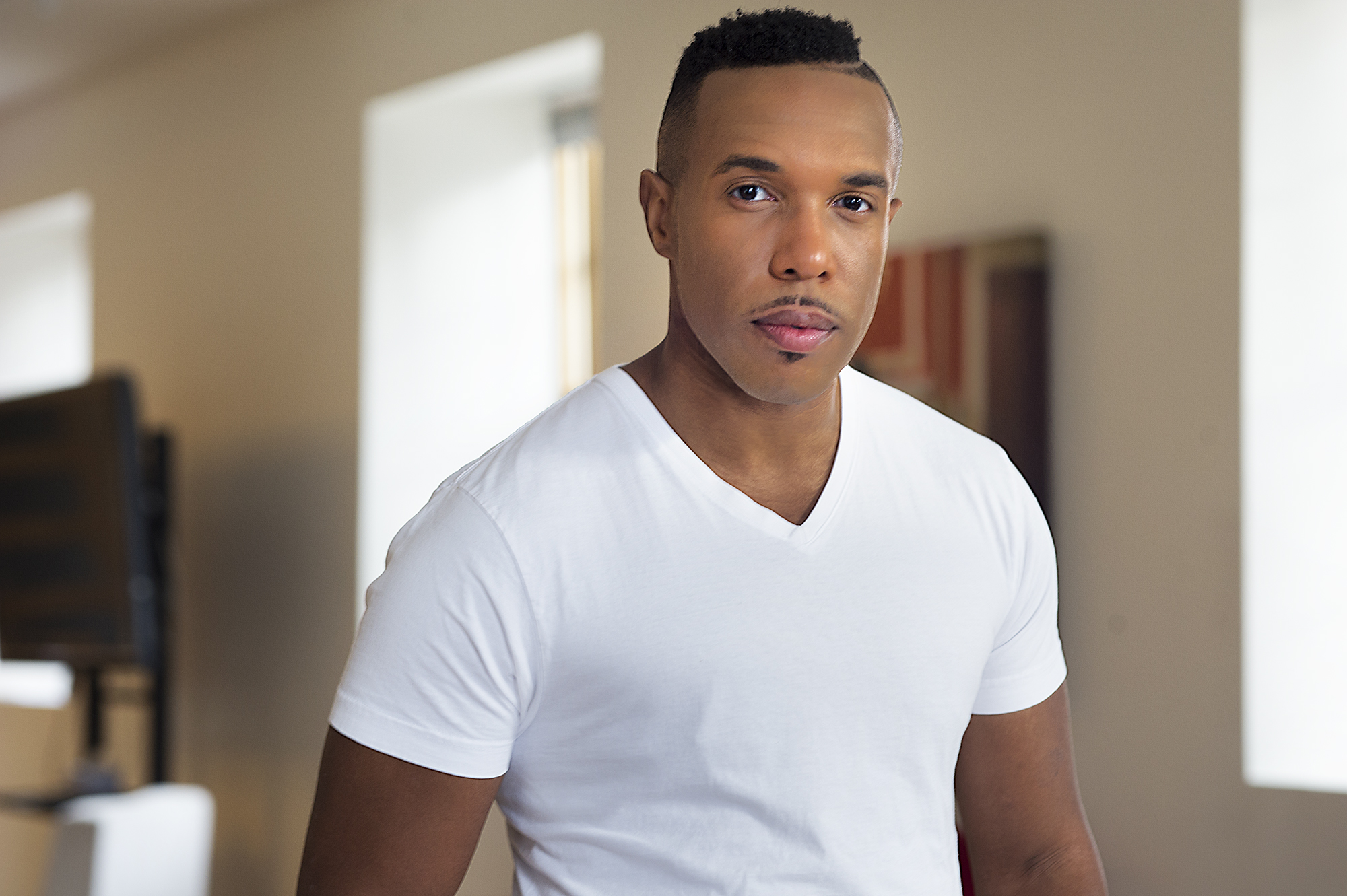 What needs to happen, or what can people do on an individual level, for change to happen?

Generally speaking, many need to take risks and break out of their comfort zones. Don’t rely on your black friends or the black people you are comfortable with to become your educators. Read a book. The history is readily available. And don’t start at slavery and don’t end with the civil rights movement. You will be robbing yourselves of today’s truths.

Start at the very beginning of gold resources and intricate plumbing systems that existed on the continent of Africa well before people were stolen from their lands and ripped from their families.

Make sure you finish with today’s plights claiming prejudice and mistreatment — not just south of the border — but right here in Canada.

Learn about the destruction of Africville in Nova Scotia.

Educate yourself on the history of Queen’s University and the fact that it can only exist today because a black man, Robert Sutherland, left his entire estate to the institution that was in dire financial trouble at the time.

Understand that we all have a role to play when it comes to embracing black history. It is human history that we all need to know so history doesn’t repeat itself and we treat one another with the dignity we all deserve.