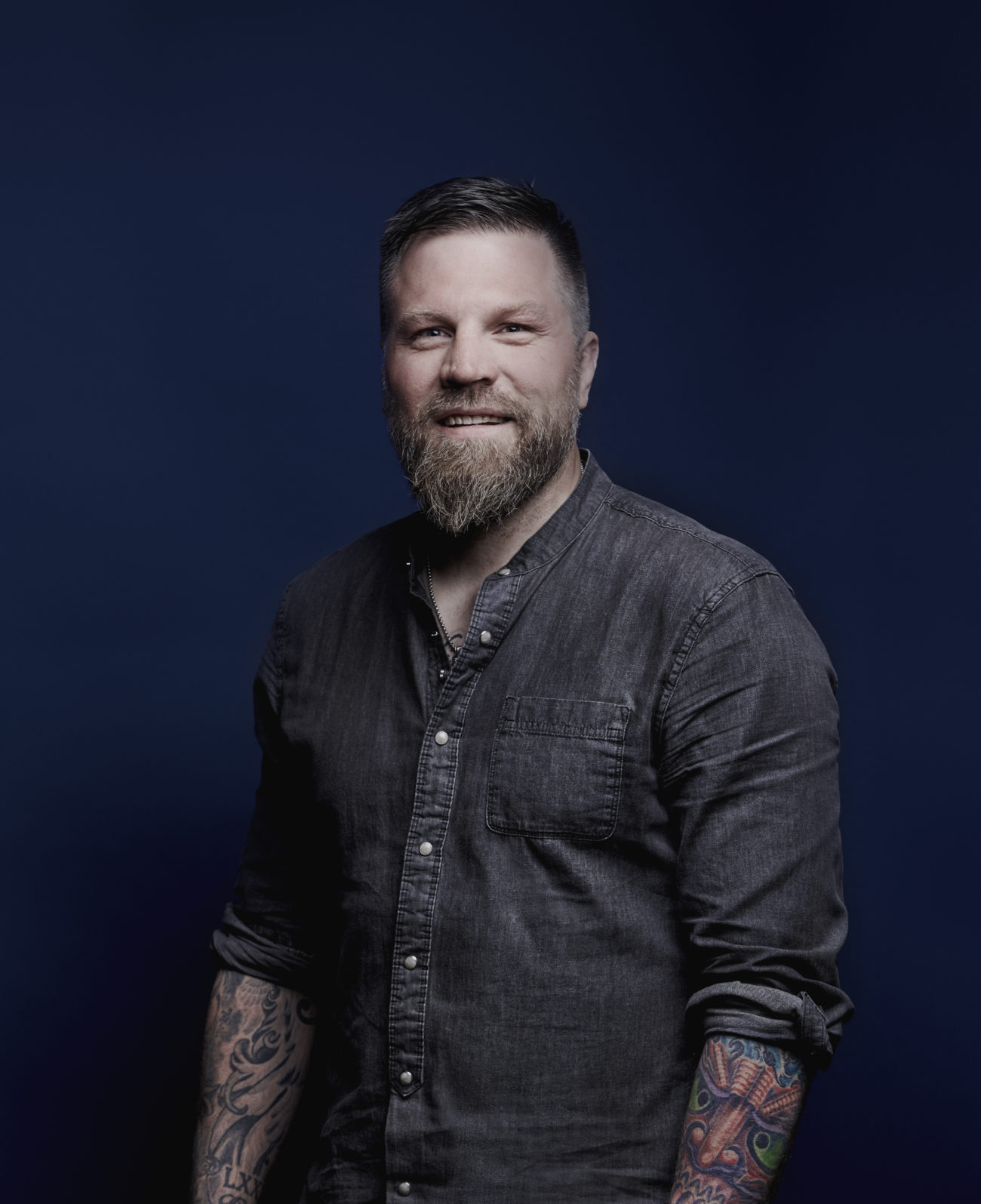 He was known as an enforcer on the ice. Big Ern is what everyone called him. But the biggest battles that he fought were off the ice in his own mind. The toughest player, who stood up for his teammates game after game, became an even stronger warrior when he tackled his own demons.

Hamilton-native, Brian McGrattan, was signed by the Ottawa Senators in June of 2002. He played three seasons in Binghamton, and three seasons in Ottawa, before moving on to play in Phoenix, Calgary, and Nashville. After 14 seasons associated with the NHL, he ended his playing career in England in the Elite Ice Hockey League in 2016-17.

Now, he has re-joined the Calgary Flames in an exceptionally unique lifestyle role. He is fighting for the physical and mental well being and safety of players on the Flames. A year and a half into this management position, McGrattan is using his own life experience on and off the ice to fulfill his duties as Director of Player Assistance.

The 37-year-old husband, and father to one son, sat down with us while he was in town for the Molson Sens Alumni and NHL Celebrity Cup, a fundraiser for the Ottawa Senators Foundation. He told us that to mark coming back to Ottawa, he was going to visit his very close friend and tattoo artist. Before heading back to Calgary just 36 hours later, Big Ern added to his sleeves of art with an X to symbolize ten years of sobriety, the gift of recovery, and how to never lose hope of once again being able to love yourself.

You set the AHL record for most penalty minutes in a season with 551. As someone who scored 20 goals in only 31 games during a junior season, describe the transition for you towards becoming an enforcer during your time with the Senators AHL team in Binghamton. Did you think it was your best chance at making the NHL?

Peter Chiarelli was the Assistant GM at the time and called me a week before training camp to say they had one rookie spot open at camp. I figured going in I had to do something to stand out. I fought a little bit in Junior but it wasn’t a primary role for me. I knew I had to get noticed, and at the time, you had to make the main camp from rookie camp. They didn’t bring everybody like it is now. I fought every game. I wasn’t good but I got noticed and got invited to the main camp. I wasn’t there long and then got sent down to Binghamton. Then I had the chance to play pre-season in Binghamton and kept the fighting thing up but I wasn’t good. I lost a lot (laughs). I was terrible, but stuck with it. I earned my first NHL contract at the end of my first year in Binghamton and that’s how I got started with the Sens.

You’ve taken on an incredibly unique position with the Calgary Flames Hockey Club, providing support to players who may be in similar situations that you faced.

It’s been awesome. We’re the only organization in the league right now that has a position like this. I go from working with our draft picks and prospects, and then I’m around the Flames everyday during the week when they’re not traveling. When they’re away, I jump on the road and go see our minor league team. It’s been a year and a half now and it’s been really positive. The guys look at me a bit differently. I’m an ex-player, and the role that I was in gives me a lot of credibility that way. They look at me not as a management figure, more as a friend. They know they can call me anytime of the night no matter what they have going on. I’ll come over if they need to talk, whatever it is.

You became a fan favourite in Ottawa for your physical play, but what might have endeared you the most to fans were your fights with Tie Domi. The Leafs had won 4 playoff series against Ottawa prior to your arrival with many feeling the Leafs pushed around and intimidated those Senators teams. You knocking down Tie Domi, which has been called the ‘worst loss of his career’ seemed to symbolize a new era for the Senators and a new tougher image. What are your memories of those games against Toronto at the start of your NHL career?

I grew up a Leafs fan. I loved Tie Domi. My first game, I’ll never forget because it was at ACC on HNIC. I was skating around in warm up looking at Sundin and Domi and I was starstruck. We ended up playing them three weeks later again in Toronto. My second fight ever was against Tie, and we were up pretty good against Toronto. I was running around and asked Tie a couple times throughout the game and he said no. I wasn’t gonna chase him around, but then I took a run at him and we squared off and I beat him. I knocked him down with a pretty good punch. At the time you don’t really think of it, but it was a huge thing for the team, just because of the previous two playoffs where the Leafs embarrassed them bad. So the tide shifted after that. At the time I was still living in a hotel, on the cusp of making the team or not, and the next morning I got the letter to get my own place here. That was probably my biggest fight in my career, fighting Tie. 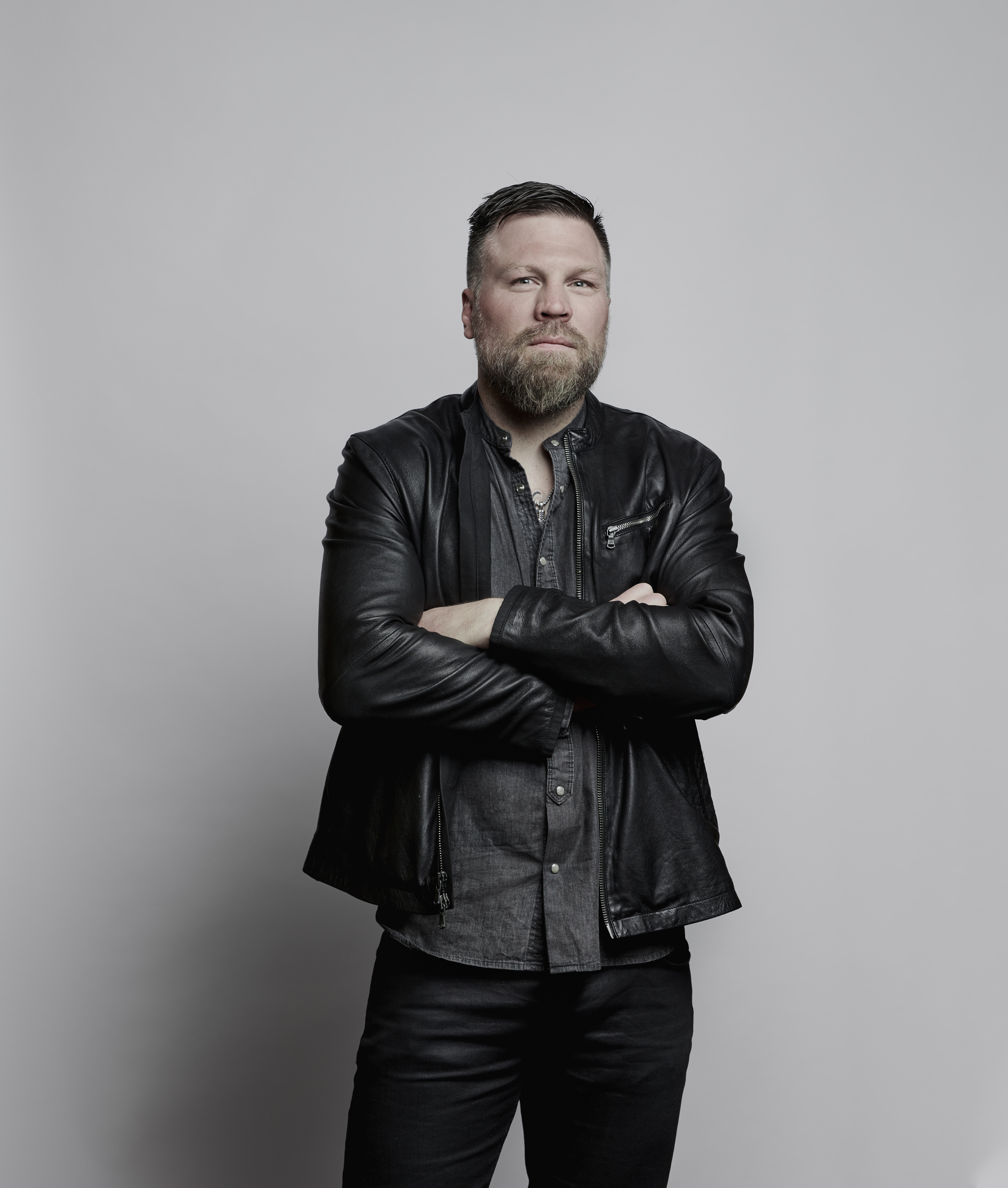 You made the Ottawa Senators team at the start of the 2005-2006 season. You scored your first goal against arguably the greatest goalie of all-time, Martin Brodeur, on November 19th, 2005. What are some of your favourite memories playing for the Senators?

First goal on Martin Brodeur is a favourite memory for sure. And I got to play with my best friends like Jason Spezza and Ray Emery. We all grew up together as young pros and made the team together. Chris Kelly is still a good friend of mine. A lot of guys that I broke into the minors with I’m still good friends with, so I have a lot of good memories from when I was here. I didn’t play a lot during the Cup run, but I still got to be a part of it and that’s something I’ll never forget.

You and Ray Emery were very close friends. It must have been very difficult for you to hear of his passing last year. What kind of friend and person was Ray off the ice, what made him such a great friend to you?

We were really close. Played Junior together, Binghamton together, and Ottawa for three years. He was in my wedding party, we were both in Spezza’s wedding party. Obviously over the course of the years, we’re living in different places and only see each other a few times per year. You don’t stay as tight, but we were the best of friends when we all played together as young pros. It was a tough time to lose him… yeah, it was a tough summer.

Your story is truly an inspirational one. You’ve struggled with alcoholism during your career and have become a mentor and role model to many by winning your battle and overcoming the addiction. How much does it mean to you to know that so many people look up to you right now for what you have accomplished?

Yeah, early on in my career I struggled with drug and alcohol addiction. At the time, you don’t think it’s a problem. You think you’re just having a good time. I was just thinking it’s the lifestyle I’m in, it’s the culture I’m in, just being a young guy having fun and playing pro hockey. It slowly takes you to a place you never think you could get to, right? I got to a really dark place. I struggled for many years before I was able to open up and talk about it. The morning that I finally did, I thought that I was going to die. So there’s nothing I haven’t been through… and I think that makes me someone guys can relate to.

You have mentioned that your wife played an important role in helping you overcome your addiction. Tell us a little about her, where you met her and how important she is to you.

I met Michelle when I was playing in the minors. I was a year or two sober, and I had a week break at Christmas and went home. We met over the break…(smiles)…and it just kind of went from there. She’s from Hamilton too. She’s had a big influence on everything. She’s a fitness and nutrition freak, so she’s helped me with that, and she’s a high energy, really positive person to be around daily.

How has becoming a father changed you as a person? What is the best thing about being a Dad?

The best part is being able to go home to those two all the time. Gabe just started skating in the winter, and it was really cool for me to teach him on my own. We have a rink around the corner, and at first I would hold him but now he skates on his own. He’s barely four and skating with five and six year olds. He was just watching the other kids and trying to copy them. I asked him a few weeks ago if he wanted to do the spring programs, and he said yes. I wish he was old enough to see me still play. When I played in England he was just two, but he’ll never remember. Now I bring him down to the rink once or twice a month, and the guys on the team love having him. He runs into the room, just starts high fiving guys, he loves Johnny Gaudreau. That’s his favourite player. I tell him to play like Johnny, not like his old man (laughs).

What advice would you give to someone dealing with addiction issues right now, who may not feel that they will ever be able to defeat the addiction?

The hardest thing is to reach out and ask for help, especially when you’re a pro-athlete. The number one thing is worrying what people will think of you if you come out and say anything. But I think it’s gotten to the point in our organization that our management and development staff is so open. We really preach at main camp and rookie camp that if there’s anything going on with you, that there are open doors and you will not be judged in this organization. And there are countless people here to help you. We want to make the guys feel as comfortable as they can because the better your life is away from the rink, the better you’re going to play. Our GM preaches that it’s person first, player second. I let them come to me. I don’t want to force anything. I’m ready, open and willing to talk whenever someone is ready to. If they ever need me, they know I’ll be on a flight the next morning to come and see them. The guys feel comfortable, the rink is a safe place for them to come and you’re allowed to be anybody you want to be. Why we finished first in the Western Conference wasn’t a fluke. 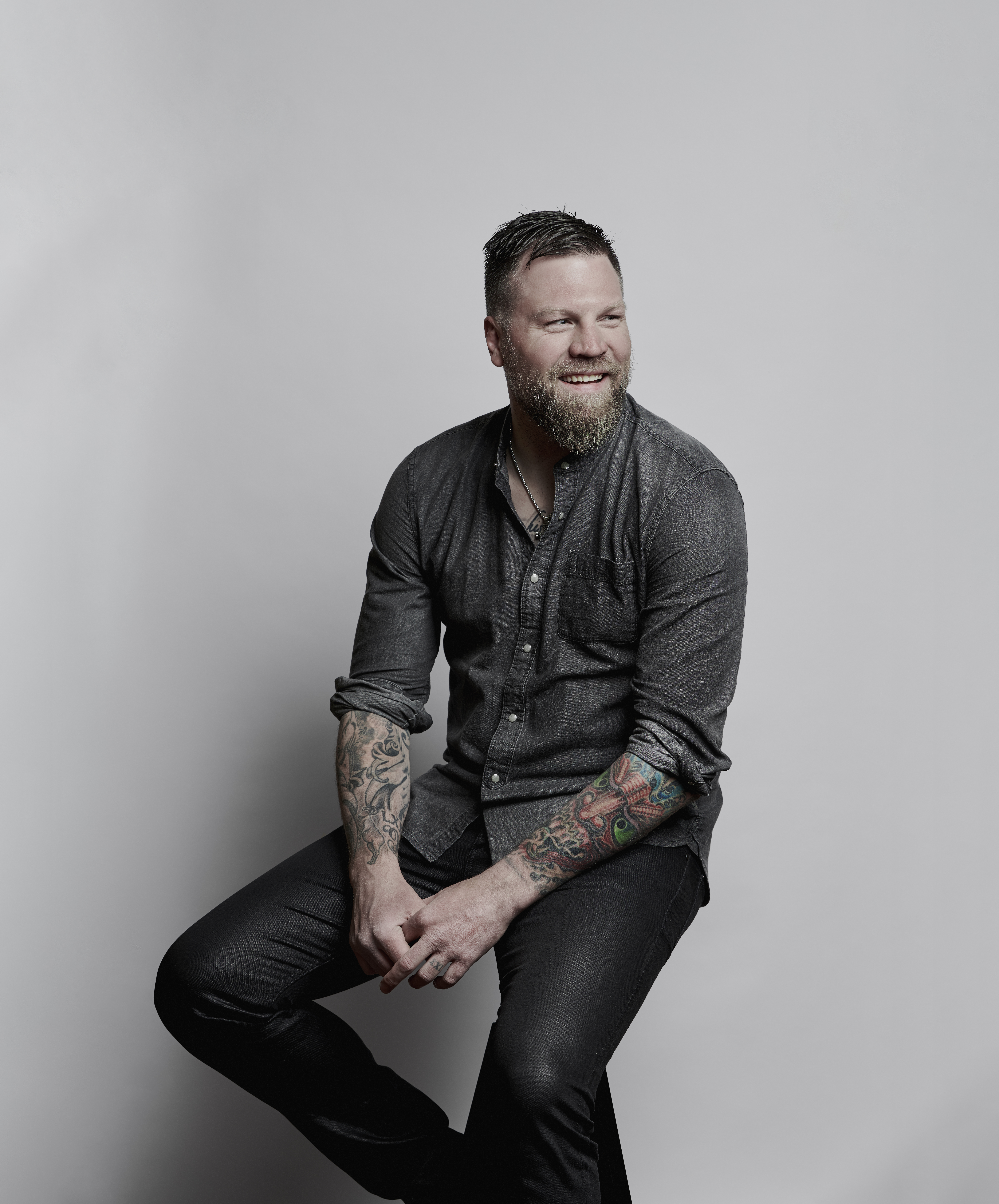 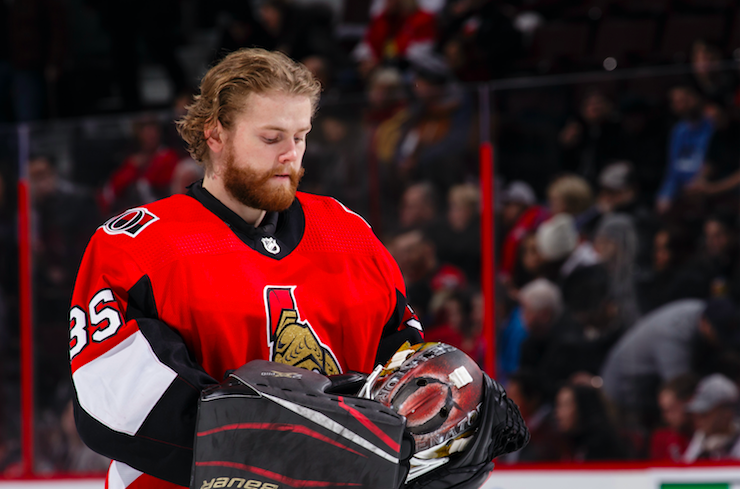 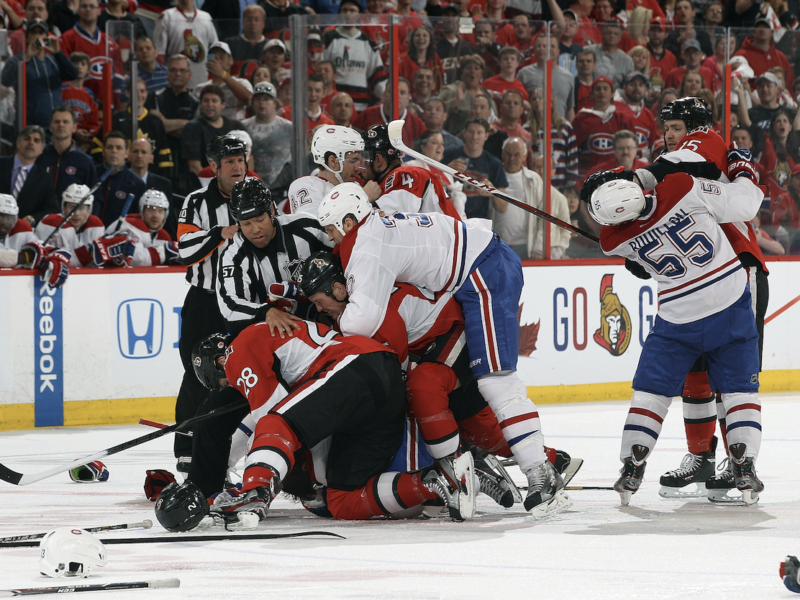