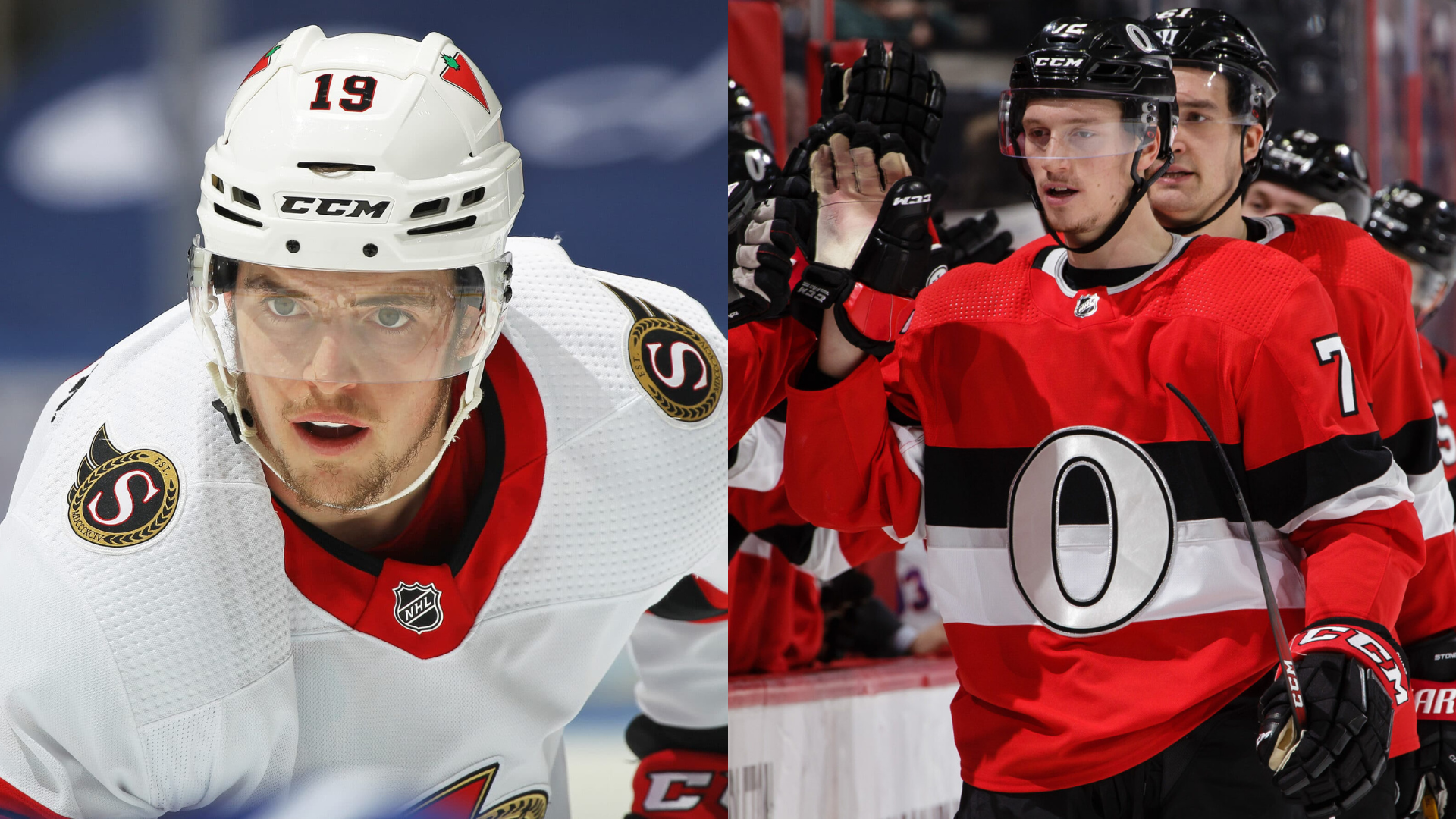 We begin with Thomas Chabot. He currently leads both the team and NHL in time on ice averaging 27:11 per game. Sharks defenceman, Brent Burns, sits second at 26:58/game and the next closest Senator is Artyom Zub at 21:53/game. This isn’t anything new to Chabot, who finished with 26+ minutes/game in the 2 season’s prior. Chabot has just 6 assist’s on the season but his game has been more than ice time or stats, Chabot has taken his game to another level.

Chabot entered this season with Zub as his partner but that has changed due to a lack of depth on the back end. With the amount of ice time he plays, his partner changes from shift to shift. His play with the puck has been some of the best in his career and while defensively, he still needs work, it’s been a step up from prior seasons. Thomas continues to run the top power-play unit, which ranks 20th at 17%, and

Let’s move to Drake Batherson. “The Drake” has erupted with 16 points in 14 games to lead the team (He missed the Calgary game after being placed in COVID-19 protocol just before warm-ups). He also leads the team in both goals (7) and power-play points (5). Batherson has 2-4 point games this season -2G, 2A vs PIT on November 13th, and 3G, 1A vs WSH on October 25th. If he can do that again this season, he will tie Alexie Yashin and Marian Hossa for the most 4 point games in a season as an Ottawa Senator (3).

Drake has played on the top line with Josh Norris as his center, all-season, and proven himself to be a top-line player. Batherson signed a 6-year deal with an AAV of $4.975 million in the off-season after he finished last season with 17 goals, 17 assists for 34 points in 56 games. If he can continue his progression and point a game average once this hiatus ends, this contract will continue to look like a steal.

As great as Chabot has looked this season, I’m siding with “Bath time” on this one. Drake has found some great chemistry with Josh Norris on the top line and Tkachuk/Stutzle rotating as the opposite winger. He’s very much an under-the-radar player outside of the Ottawa market but that will change if he continues this pace.

What do you think, Thomas Chabot or Drake Batherson?