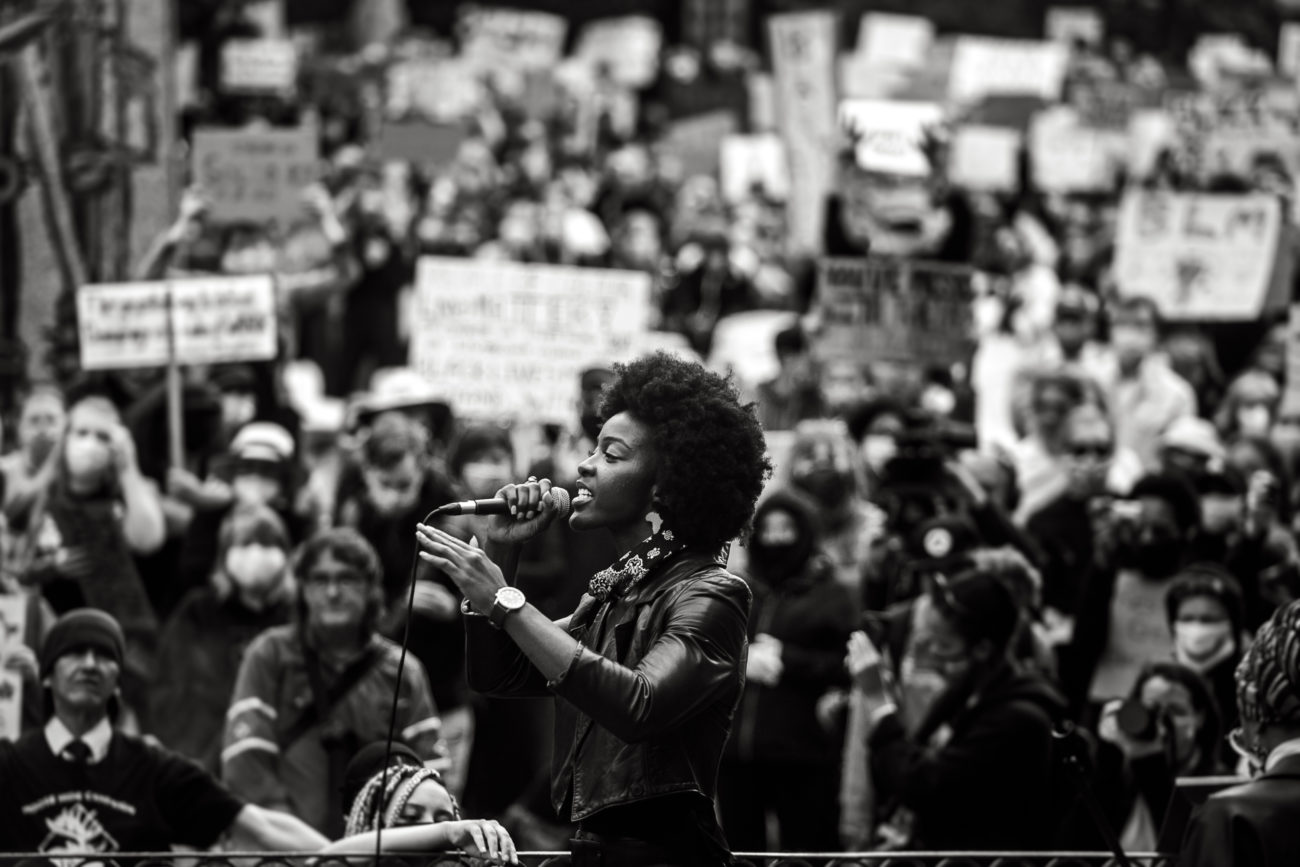 Many Canadian athletes were put in limbo by the delay of the 2020 Tokyo Olympics. There will be no chanting crowds, no fiery competition, no medals won or lost this summer. The world has been too busy trying to control the Coronavirus pandemic for luxuries such as athletics.

The time off affords those with a public platform however the opportunity to focus on impacting Canadians beyond what they would see during an Olympic event. For Ottawa’s Pamphinette Buisa, that has manifested in different ways as she has spent her time giving back to her community.

Buisa is a 23-year-old Rugby Sevens player from Gatineau who is a member of Canada’s national team. She helped Canada to the gold medal in 2019 Pan American Games in Lima, Peru and had her sights set on competing for the podium in Tokyo this summer. When she isn’t suiting up for Canada, she plays for the Ottawa Irish Rugby Club and splits time largely between Ottawa and Victoria. Buisa has roots in the community from her time spent studying and playing rugby at the University of Victoria.

She looked to showcase the diversity within the Black community, as well as the oppression they face. Last week, she organized a well-attended ‘Peace Rally For Black Lives’ in Victoria, B.C. According to Buisa, over 9,000 people were there in person to support the movement and 10,000 tuned into the live stream of the event.

“With the Olympics being postponed, I have looked at it as an opportunity to reflect, to recalibrate, and to refocus. Through this time, I feel like I have put things into perspective, and it has made me appreciate this journey so much more. This experience has only strengthened my drive towards excellence, made me so grateful for my support systems like my friends, family, and team, and also highlights the importance of not taking things for granted. People are so busy and get so caught up in their day to day lives, so being in such uncertain times, I am choosing to look at the positives and the opportunities that this time has granted me,” said Buisa. 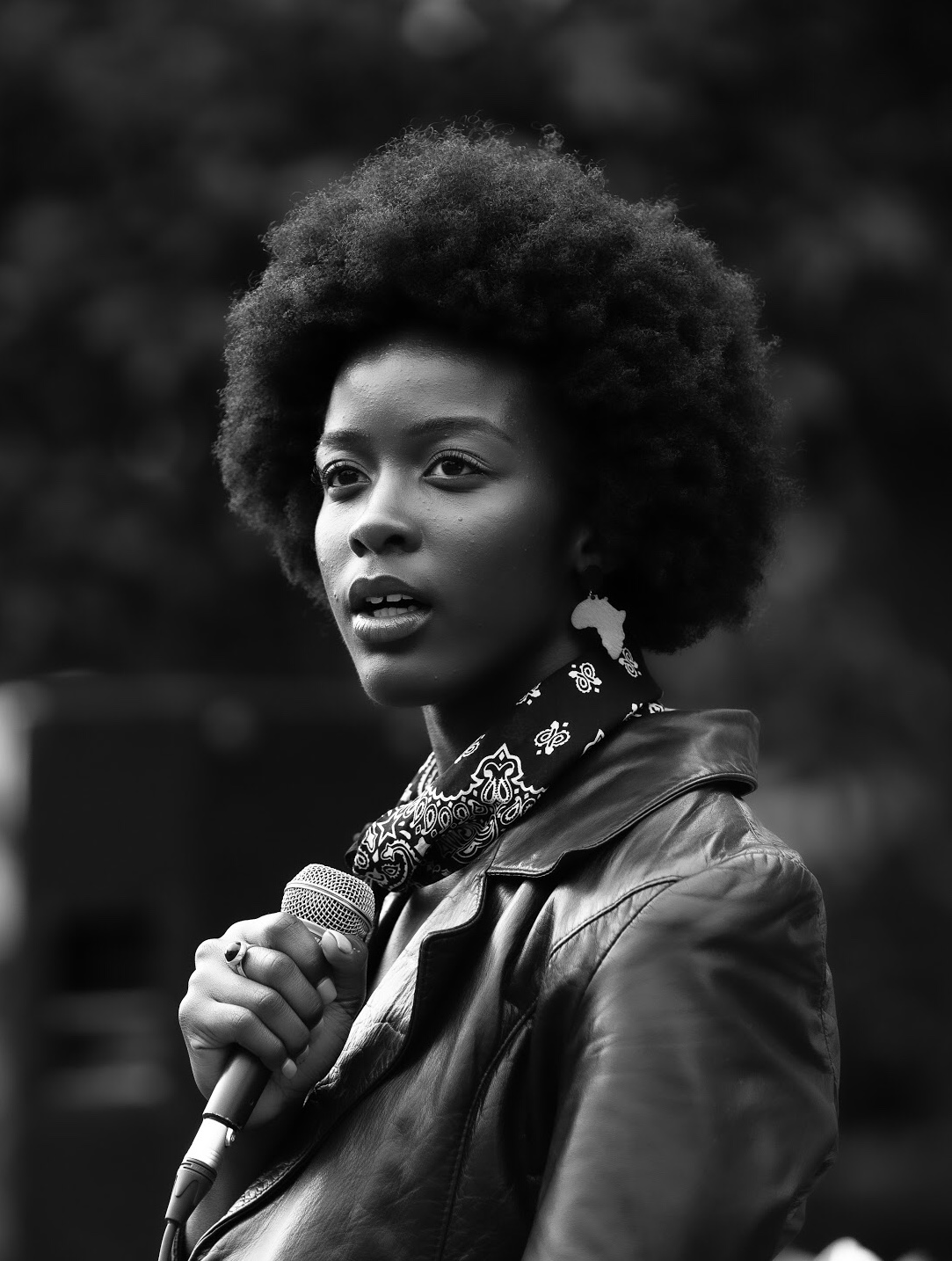 “We have a lot of allies and a lot of people that want to learn. That is a testament of progress. I remember on Monday there was a guy who was yelling profanities about what we were doing and then I saw him on Sunday at the front [of the gathering] quiet and crying. Because he saw change. If I can be a part of helping someone realize that change within a week, then I can only imagine what we can do in the months and years from now on.”

The idea for the event sprang from a text received early Monday morning from Vanessa Simone, a friend and track athlete at the University of Victoria, about hosting a peaceful rally to protest the ongoing treatment of Black and Brown Canadians. It is part of a larger international movement for equality prompted by the death of George Floyd at the hands of Minneapolis police.

Close to 1,000 people showed up on Monday but Buisa says they wanted to turn their attention to something bigger for later that week. They got to work promoting for a second rally on social media.

“We are coming together as one, we allow the opportunity to stand together as a single human race, to combat interlocking systems of oppression, and to prevent any black and brown people from becoming a hashtag. Enough is enough. To be pro-black does not mean you were anti-anything. We simply want to shed a light that expresses and emphasizes that black experience, black excellence, and black lives are valid and matter”, said Buisa in a powerful Instagram post promoting the event last week.

Buisa and the other rally promoters leaned on social media platforms to get the word out but she is confident her ties to the community was the driving force in bringing people together for the rally. The rally was community-focused, built by individuals who cared about challenging the way things are and the way things could be for Canadians.

“When you make connections with people in the community, in diverse communities, they remember you and they know what you are about. I think that is what was so beautiful, it wasn’t just about the social media aspect of it.” 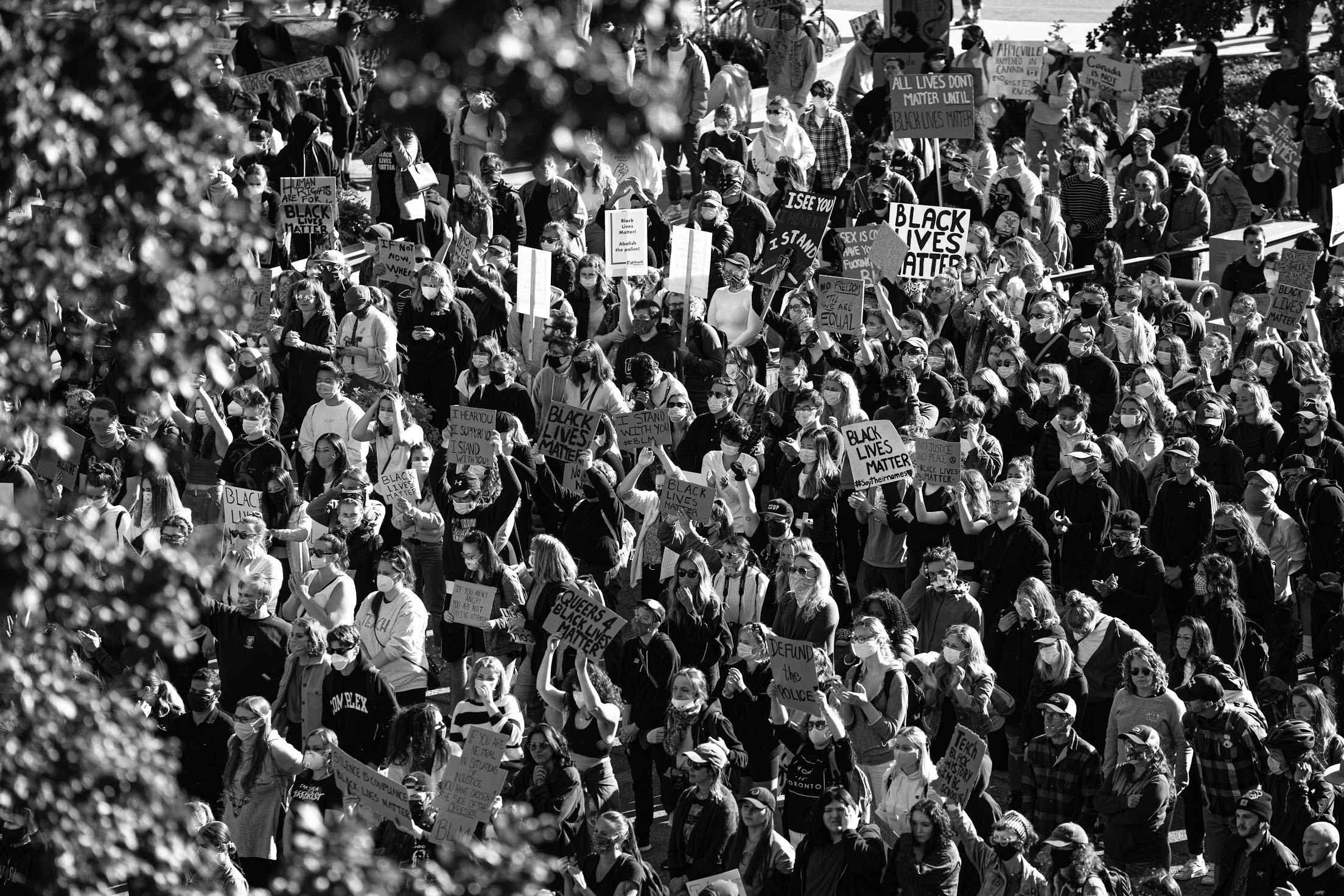 The announcement that Canada would not allow its athletes to compete at the Games was expected but still a disappointment for the many Canadian athletes it affected, including Buisa. The International Olympic Committee (IOC) made the only rational decision available to them, delaying the Tokyo Olympics and tentatively setting the date for the Games for July 2021. The culmination of years of hard work, dedication, and sacrifice for hundreds of athletes worldwide had to take a backseat.

“When I heard that Canada had pulled out of the Games, I was pretty upset. Five years of my life was organized around it happening in the summer of 2020, so I quickly had to figure out what my next steps would be,” said Buisa. “I think my biggest fear was the fear of the unknown, and not knowing what the next steps where. At the same time, I was relieved that the Canadian Olympic Committee took a proactive approach to keep Canadian athletes safe.”

The effect of COVID-19 on people worldwide has been enormous as countries scramble to tackle the public health and economic impacts brought on by the pandemic. To help alleviate those affected in Victoria, Buisa launched her own community-based charity initiative in support of those affected financially by COVID-19.

She took action with a teammate of hers, Caroline Crossley, as well as other community members to establish the Vancouver Island Steps Up – Community Relief Fund (VISU), which “is aimed at supporting low-income residents of Vancouver Island who have been affected disproportionately by the COVID-19 crisis”.

“Our goal is to support those who have fallen through the cracks and do not have their needs adequately met by the current standardized governmental aid programs, in efforts to bridge the gap,” said Buisa.

VISU is accepting donations and redistributing the funds to applicants that have been impacted by business closures. By early May, VISU had already reached its initial fundraising goal of $15,000. More information regarding the initiative and its mission can be found on the VISU website (https://vanislestepsup.ca/). 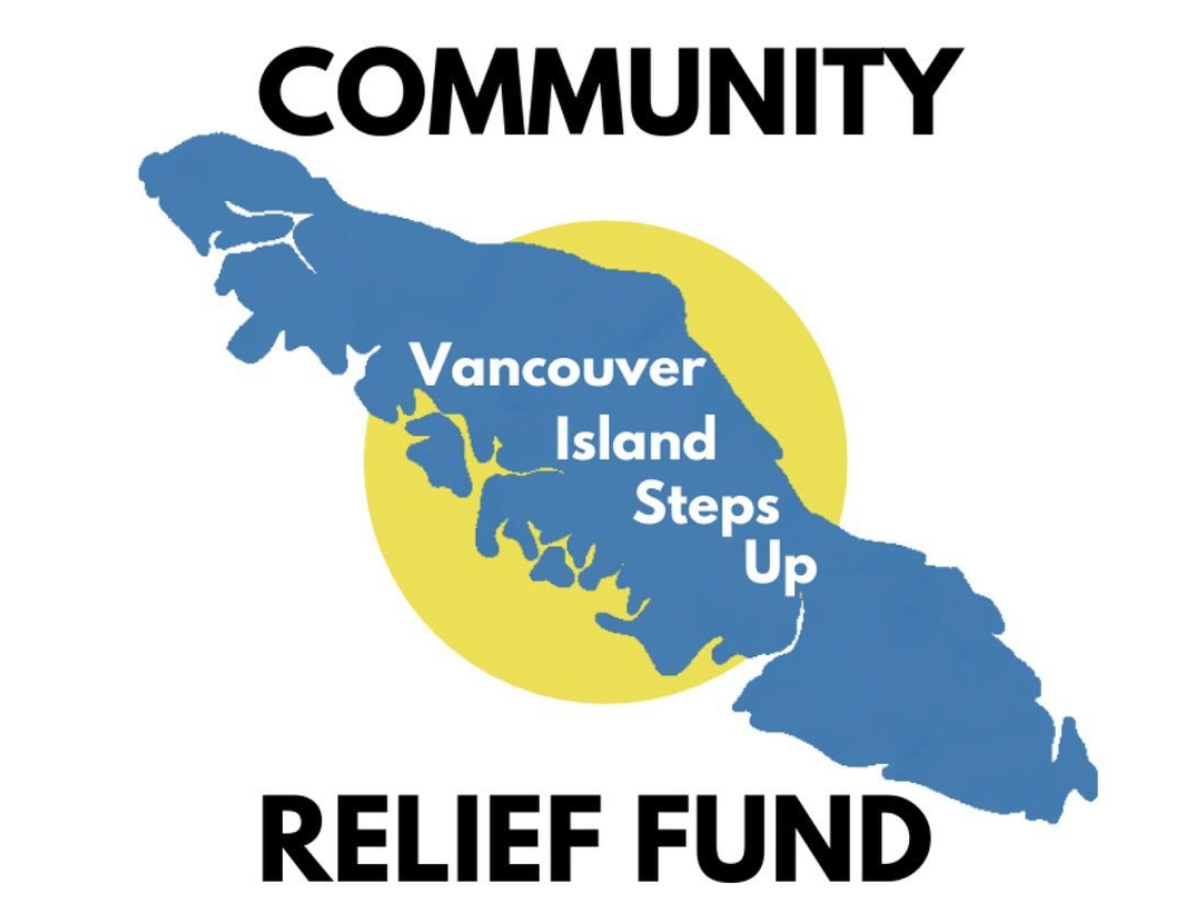 The timeline has changed to 2021 for Buisa but staying in shape for the Tokyo Olympics remains paramount. High-performance training has been difficult for many athletes during this period of physical distancing, restricting Olympians like Buisa from practicing with teammates and working out with professional coaches and trainers.

“With the physical distancing regulations put in place, I am not able to play rugby with my teammates or work on the contact aspects of the sport. However, I have found creative ways to train while in isolation,” said Buisa. “The main thing that is reassuring is that the whole world is in the same boat, we all have to adjust, and it is important to remember that this is not the time to get to my physical peak. The main focus for everyone should be to stay safe, stay healthy, and do their part in reducing the spread of COVID19.”

The Olympics may have to wait until the turn of the calendar, but summer 2020 will hardly be lost time for Pamphinette Buisa. Tokyo will be there waiting for her and the entire Canadian women’s rugby team to compete for a medal in 2021.

A Home Office In Your Backyard? Ti... 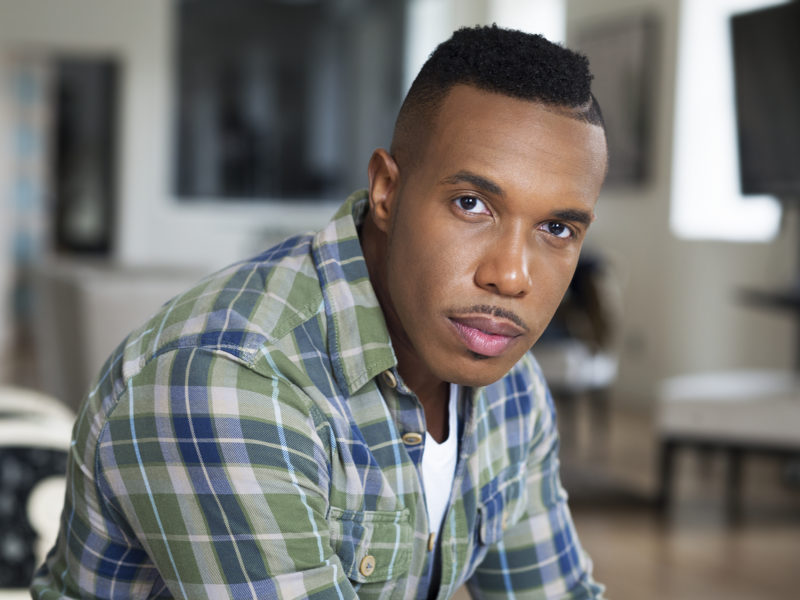 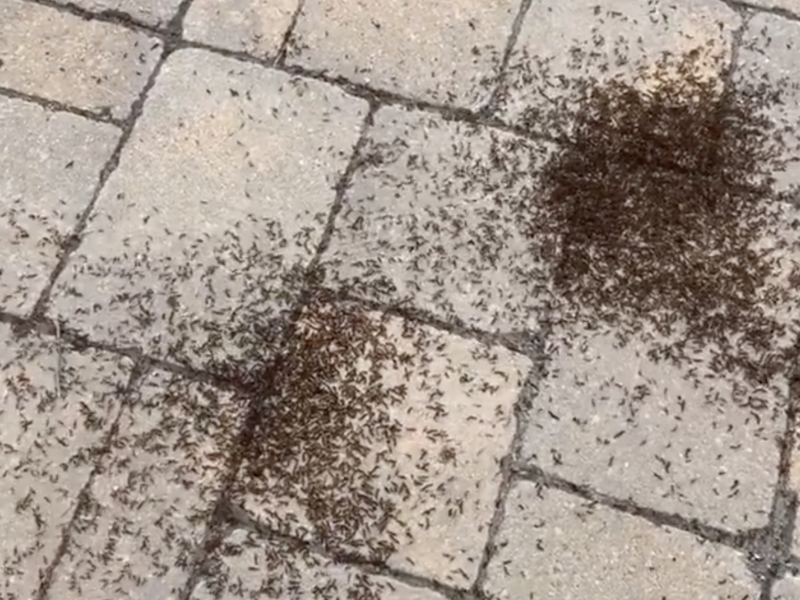