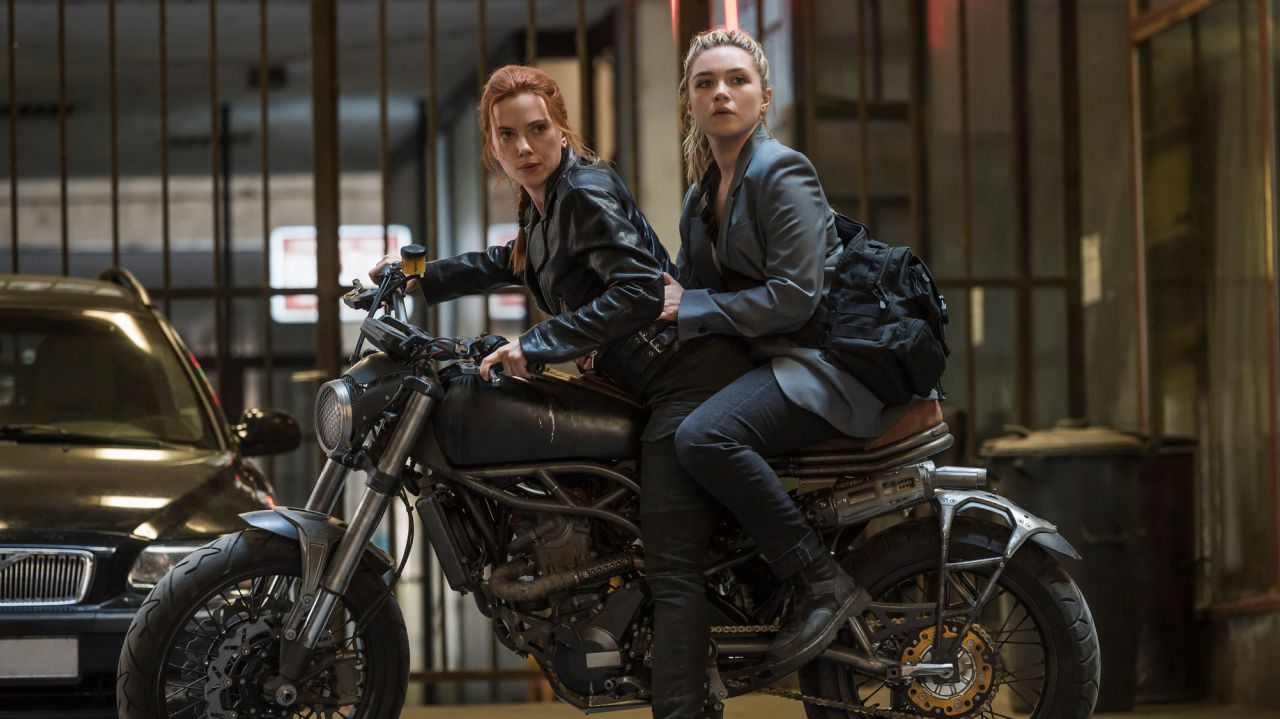 Did you know that Isaac “Ike” Perlmutter, the CEO and chairman of Marvel, had no faith in female-lead superhero films? This was revealed in a leaked email stating that they don’t make a lot of profit while showing a list of examples. However, after the success of 2017’s Wonder Woman… he changed his tune.

Shouldn’t be surprising since those who’ve worked with Perlmutter have claimed he “neither discriminates nor cares about diversity, he just cares about what he thinks will make money.” So, in case you’re wondering why we’re getting a Black Widow movie five years too late, that’s why.

It’s unfortunate because this whole film just feels bittersweet after Avengers: Endgame. It’s too easy not to get invested in the main character’s journey or action scenes because we know, pardon the pun, her eventual endgame.

But, if you ignore that eyesore of the plot, how’s the rest of the movie? Well, it’s a mixed bag.

From the opening, the film expertly constructed a down-to-earth narrative for one of the more grounded avengers. Unfortunately, the rest of the film feels like a step backwards with lackluster storytelling, and an insultingly forgettable villain.

The film opens with a young Natasha with her little sister Yelena Belova enjoying a carefree childhood – until their parents (David Harbour and Rachel Weisz) inform them that they’re going on an “adventure,” and they have to leave NOW. After a chase involving gunfire and a plane, the family lands themselves in Cuba, where the girls learn their parents are actually Russian operatives and they must all go their separate ways.

Years later, taking place after Captain America: Civil War and before Avengers: Infinity War, Natasha Romanoff (Scarlett Johansson), is on the run from the government for her involvement against the Sokovia Accords. While on the lamb, she revisits Yelena (Florence Pugh) to team up against an unknown assassin known only as Taskmaster and take down the infamous Red Room.

For many years, Black Widow has been a character hidden behind a thick veil of mystery. From hints of her gushing red ledger in Avengers and glimpses of the Red Room in Age of Ultron, her backstory was a perfect mix of both show and tell.

Now, we’re given a brand-new insight on this fan-favourite character, and a lot of it doesn’t pull any punches. From the opening, we see that Natasha’s childhood wasn’t all sunshine and rainbows, showing her fighting to survive in a tougher-than-nails environment. Sometimes, it doesn’t even feel like a Marvel film, but in a good way.

It rarely pulls any punches, showing the grittiness we were promised with this story, and it’s interesting to see the Marvel Cinematic Universe dive into new territory. Unfortunately, the storytelling isn’t always as exciting as the previous films built it up to be.

Consequences continue to be a dodging issue for this franchise, failing to give characters any repercussions for their past actions. All these characters have flaws that should be confronted with, but it’s treated more like slaps on the wrist.

Both Natasha and Yelena’s “parents” lied to and abandoned them to be essentially tortured throughout their childhoods, and the two barely show any resentment towards them. Natasha’s history with the film’s main antagonist, Dreykov (Ray Winston), involves a rather gruesome turn of events that’s barely explored and is given a hopeful conclusion. It’s very reminiscent of when Vision crippled War Machine, the conclusion of WandaVision, or really anything Tony Stark has done in the past decade.

Most of the characters’ backstories are also told through a lot of exposition. It’s a lot of explaining what they went through, what they’re doing and what they’re going to do. One of the most glaring missed opportunities does revolve around the film’s main villain.

We’re told that this guy abducts abandoned little girls, puts them through years of abuse and intense training and is now turning them into his own mind-controlled soldiers. It would have been really interesting to see this mastermind’s connection with our main heroes rather than him just being shoved into the third act.

But, with that said, the actors are hugely entertaining. Florence Pugh steals every scene she’s in with her own brand of dry humour mixed with emotional delivery. She perfectly works off Johannsson, acting like real sisters who bicker and argue while clinging to one another. David Harbour looks like he’s having fun hamming it up as the goofy Dad archetype, but he does feel a little out of place in this gritter story while Rachel Weisz manages to give depth to a relatively shallow character.

While Black Widow is a perfectly serviceable Marvel film to add to the roster, it won’t break any barriers like previous entries. Maybe if it came out after Captain America: Civil War, this would have been something more to rave about, but as is… it’s a shame that this is Black Widow’s endgame.