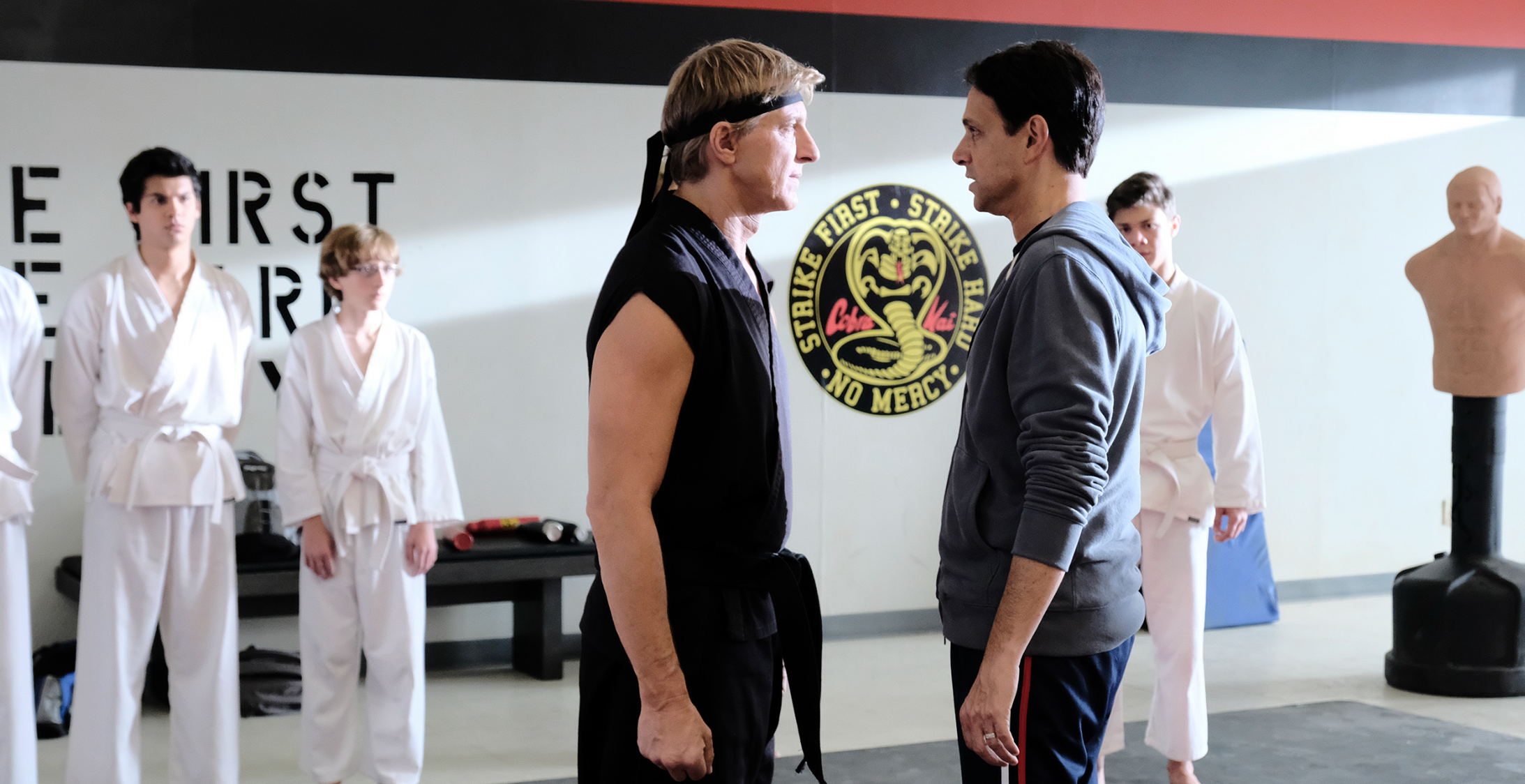 After an earth-shattering season finale that ended in an all-school brawl, heartbreak and turmoil, Cobra Kai is making its triumphant return for a third season on Jan. 8th. This show, adapted from the original Karate Kid films of the ‘80s, was originally a YouTube Red series before being cancelled and saved by Netflix and now, a fourth season is already currently in the works.

A little recap, season two of the show left both the characters and the audience in a rather dark place. Not only did a school-wide fight destroy friendships, but Sam and Robby’s relationship was put on the rocks, Miguel was left undetermined in intensive care and John Kreese completed his goal of regaining control of Cobra Kai dojo. But the question is, where can the show go from here?

As we have seen in the trailer, despite Johnny Lawrence initially giving up on his life as a sensei, he does eventually get a grip on his life once again, returning to Miguel’s side and vowing to stay by his side. This could create some conflict between Miguel and his former classmates at Cobra Kai, meaning that their only option is turning to Daniel LaRusso of Miyagi-Do Karate.

Speaking of Daniel LaRusso, it seems as though he is also going through an arc this season by visiting an acquaintance of his. While the trailer never explains who this is, from the setting and clues hidden within, some may estimate that this is a relative of Mr. Miyagi, portrayed by the late Pat Morita. Possibly his son or nephew, it’s anyone’s guess at this point. The end of season two also hinted that we may see a familiar face returning to the franchise.

As Johnny, in his defeated and drunken state, throws his phone away at the beach and walks away, we see that he’s getting a call from Ali Mills, the object of affection for both our main characters in the original Karate Kid movie. It’s still unclear if Elisabeth Shue is planning on returning to the franchise but it’s definitely something to keep an eye out in the upcoming season.

Cobra Kai returns to Netflix on Jan. 8th. Don’t miss where this show can go.