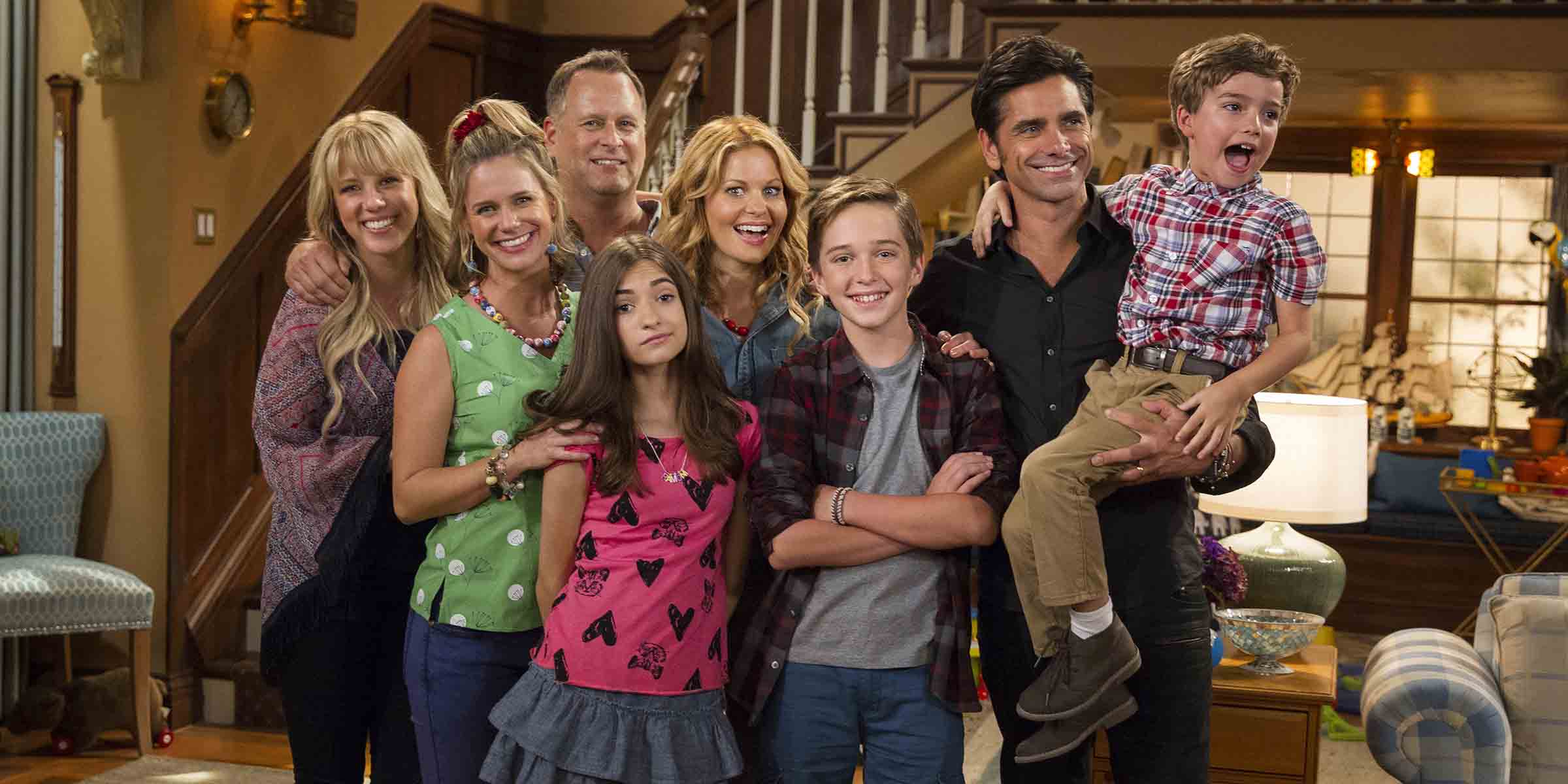 A new month is upon us and you know what that means… new content to stream on Netflix! This month, you’ll be saying goodbye to some old friends but you’ll be greeted some intriguing and thought-provoking films and series. From the farewell of the Tanner family to a few tear-jerking docuseries and even a competition-based reality show based on something you played with your siblings back in the ‘90s.

With any hope, we’re closing in on the light at the end of the isolation tunnel soon. We’re getting there slowly but steady. Try and relax in front of the TV, work on your latest project and hopefully things will continue to get easier come July.

After entertaining us with their brand of wholesome and somewhat corny humour, Fuller House is officially coming to an end. Season Five Part Two, or as they’re calling it; The Farewell Season, teases a lot in the minute and half of trailer.

The major event of this season is the triple wedding of DJ, Stephanie and Kimmy, who have all finally found happiness in their relationships. The trio will continue to help navigate each other through the trials and tribulations of parenting and their love-lives in the new generation. Not surprisingly, cast members including Bob Saget and John Stamos are set to return, but Lori Loughlin, who recently pleaded guilty in the elite college admissions fraud scheme, will not be returning.

The Last Days of American Crime

Based on the graphic novel of the same name, The Last Days of American Crime tells the incredible story of the last big heist in American history. The U.S government is secretly planning to broadcast a signal that’ll make it impossible for anyone to knowingly commit crimes. They intended to keep this a secret from the public but after the media leaks it, the race is on for career criminal Graham Brick to finally get that big score he’s never had.

There will possibly be more of a lean on action than storytelling in this adaptation as director Olivier Megaton previously worked on popcorn flicks like Transporter 3, Colombiana and Taken 2. Edgar Ramírez, Michael Pitt, Anna Brewster and Sharlto Copley are set to star.

Imagine Grey’s Anatomy but in real life. That’s basically the mindset you need when exploring Netflix’s newest docuseries, Lenox Hill. The series follows four doctors in New York City’s Lenox Hill Hospital as they navigate their own personal lives while doing the best they can to care for their patients. The series plans to focus on single patients personal journeys, which could make this an emotional rollercoaster from some viewers. Might be best to keep a box of tissues nearby, just in case.

And don’t let go of that box of tissues because this might cause you to fully break down. Following Netflix’s stream of documentary releases, This film will follow a military family over the course of a decade, showing all the major events and trials that come with the job. This includes when the patriarch, Sgt. First Class Brian Eisch is critically wounded in Afghanistan. Both him and his son are going to be set on a journey of love, loss, redemption and legacy that only an event as traumatic as this can take you.

we just announced a new competition series called Floor Is Lava (inspired by the game where kids jump from furniture to furniture) and this picture from the show is SENDING ME pic.twitter.com/wNNgEpNRdp

Don’t worry, after letting all your emotions out from watching Father Soldier Son, you can lighten your mood with the new competition series, Floor is Lava. In case you were living under a rock when you were five years old, Floor is Lava is a game where player pretend that the floor is made of lava, thus forcing them to use creative measures to avoid touching the ground.

Netflix hasn’t given a lot of information about the series yet but, from a recent tweet, it seems to be involving kids jumping from furniture to furniture in creatively made arenas. No matter how old you are, this looks like a bunch of fun for everyone.

Anne with an E: season 3

Despite dedicated fans practically begging for a fourth season of Anne with an E, they were unsuccessful in making it a reality. So, the show that told a reimagining of the classic book into a coming-of-age story is officially coming to an end with the third season. People fell in love with the show’s message of seeking love, acceptance and a place in a world that tries to control you. While the attempts to revive the show failed, fans will still be able to enjoy the adventures of Anne and her friends in this surprisingly gripping show.

Yeah, you’ll notice that Netflix is sort of on a documentary craze for a little while. After the success of Trial By Media, Hot Girls Wanted and the immensely popular Tiger King, it seems like they want to keep giving us what we want. Athlete A follows the story of how Indianapolis Star reporters broke the story about USA Gymnastics doctor Larry Nassar. If you don’t remember, Nassar is a convicted sex offender who was accused of assaulting at least 250 young women and underage girls.

He was eventually, after pleading guilty to charges of child pornography, sentenced to 60 years in federal prison, as well as an additional 175 years for seven counts of sexual assault of minors. This documentary will show all the behind-the-scenes of how he was accused, confessions from the abused and the courtroom drama. Should be an interesting watch to say the least.

The Hunt for Red October

The Road to El Dorado

Teenage Mutant Ninja Turtles II: The Secret of the Ooze

The Fast and the Furious

The Fast and the Furious: Tokyo Drift

Teen Titans Go! To the Movies

F is for Family: Season 4

Jo Koy: In His Elements

Special  Kibo and the Age of Wonderbeasts: Season 2

One Piece: Enter Chopper at the Winter Island

One Piece: Entering into the Grand Line

Sicario: Day of the Soldado The Woods

George Lopez: We’ll Do It For Half