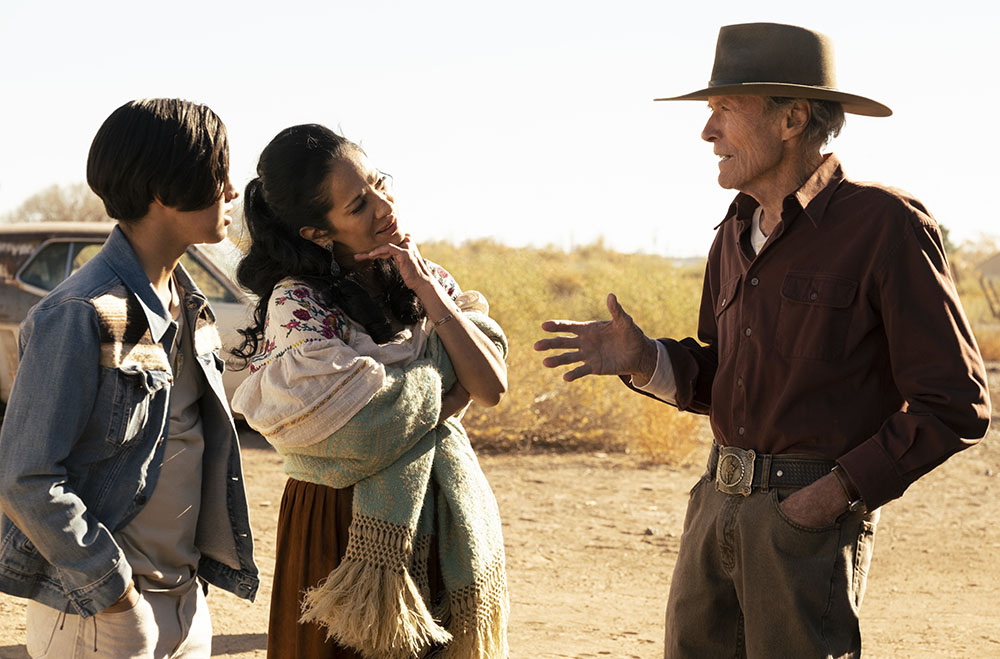 Well, you’ve heard everybody else say it, and I guess I’ll say it too.

It’s a shame because, on the whole, Clint Eastwood still continues being a likeable screen presence at the ripe age of 91. To continue going this hard with both acting and directing after all these years is nothing short of impressive.

He’s like a hardened Dick Van Dyke; it’s hard not to be impressed with his sheer willpower. He’s a man not only dedicated to his art but loves every bit of it. That’s always something to admire, especially in this field of work.

Now, with all that said… Clint Eastwood is way too old to be in a movie like this.

It’s not that he’s too old to still be acting; he just needs to stop this charade that he’s the same tough guy from The Good, The Bad and The Ugly. Usually, I wouldn’t put such a huge spotlight on a problem of this nature because I don’t want to be accused of ageism. Unfortunately, it’s so awkwardly obvious how old Eastwood is when he has to do something more physically demanding.

It’s as noticeable as when The Irishman tried getting around their cast’s age. Sure, Robert De Niro looked a little younger, but when he had to beat up that store clerk… that was difficult to watch.

Cry Macho follows Mike Milo (Clint Eastwood), a retired horse breeder and one-time rodeo star. He is tasked by his old boss and “frenemy” (Dwight Yoakam) to collect his son Rafo (Eduardo Minett) in Mexico. The movie presents itself almost like an old-style action film like Mike will have to go through many obstacles to bring this kid back to his father.

Unfortunately, that’s not the case here. Don’t get me wrong, Mike does come across some unfriendly faces along the way, but most of the film is dedicated to Mike and Rafo bonding over their grief. This would be fine, considering Eastwood’s age, but unfortunately, these two have almost zero chemistry throughout the film’s runtime.

They constantly act like actors who just met on set and were given lines to say to each other… mainly because that’s precisely the nature of their relationship. On top of that, most of the dialogue is very predictable too.

First, they don’t get along. Mike learns that growing up for Rafo hasn’t been easy, and Rafo learns Mike has endured a tragedy in his past. They eventually bond over their shared misfortune and then the credits roll.

It’s nothing you haven’t seen in dozens of movies like this. It’s rather distractingly reminiscent of Clint Eastwood’s previous film, Gran Torino, which isn’t really positive.

While it’s still impressive to see Clint Eastwood still attempt roles of this calibre, he just doesn’t fit the bill here. It’s not that casting a more season actor was the wrong move; actors like Sam Elliot or Danny Trejo would’ve been great casting choices. But mixed with a severe lack of chemistry or intrigue in the plot, the film’s other problems really start to shine too brightly.

I hope this isn’t Clint Eastwood’s final performance because, if it is, this is a pretty weak goodbye to a screen legend.