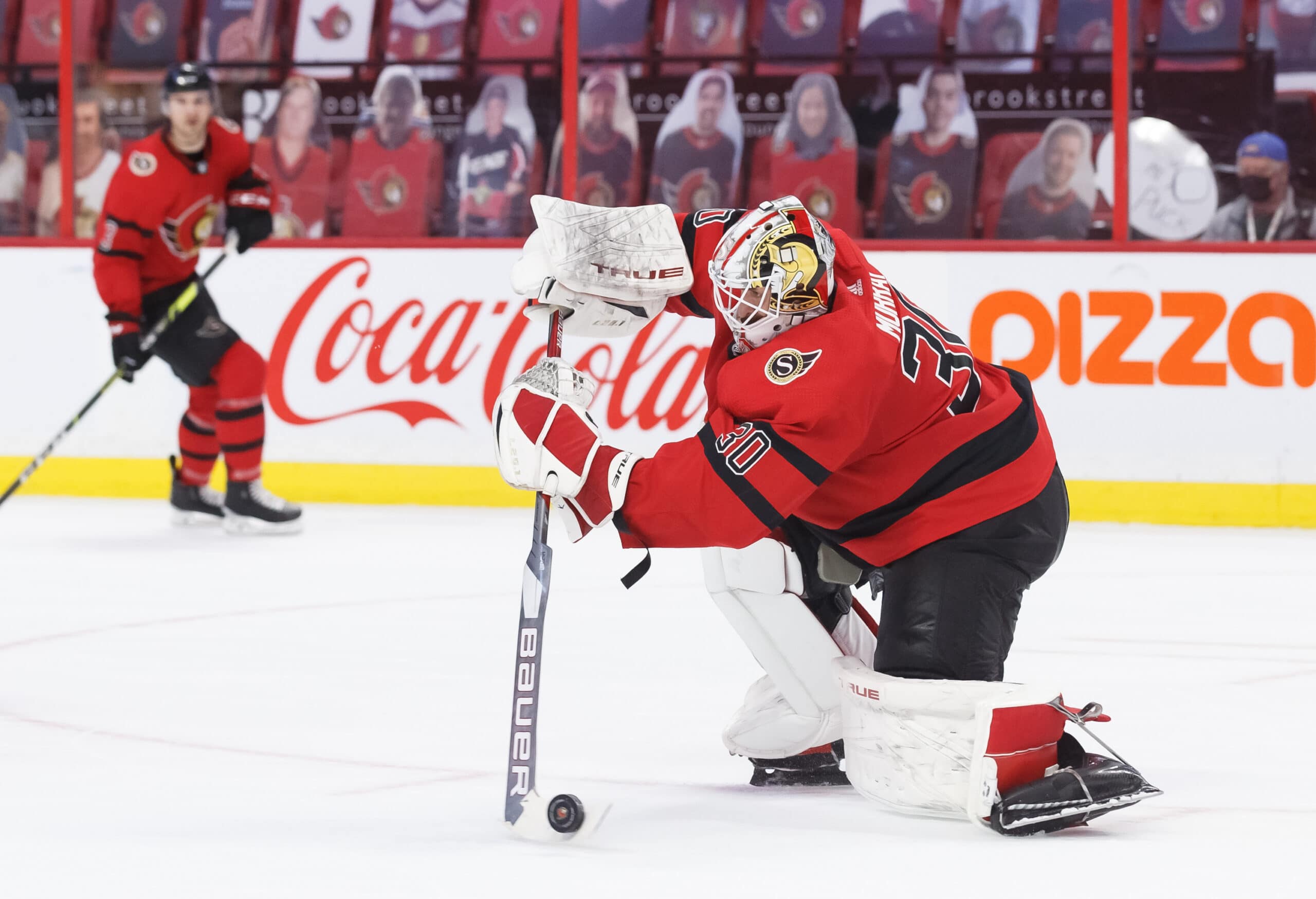 On Wednesday night, the Seattle Kraken – the NHL’s 32nd franchise – will reveal the 30 players they chose in this week’s expansion draft. The question in these parts is this: Who will get scooped up out of Ottawa by the roaming tentacles of the Kraken?

As Seattle begins play this fall, the league has allowed them to choose one player from every franchise, except the Vegas Golden Knights. When the Knights joined the NHL as a 2017 expansion team, owner Bill Foley gave the league 500 million good reasons to let them be exempt from this draft. But every other team has been preparing for this for a long time, including the Senators, who didn’t want a repeat of 2017 when they lost Marc Methot to Vegas. Whether by design or fortunate timing, the Senators seem to be in very good shape, not likely to lose a true, impact player this time around.

Here are the three Ottawa Senators most likely to end up in Seattle this week.

Much was expected of Dadonov when Ottawa signed him as a free agent last year. He had just come off 3 straight seasons of 25+ goals with Florida and the Senators gave him a 3-year contract worth $15 million. The only trouble was, his stud linemates – Aleksander Barkov and Jonathan Huberdeau – didn’t come with him. Head coach D.J. Smith ran Dadonov out there on the power play again and again and he simply didn’t produce. He had just 20 points and only one of those points came on the power play. Just think, over 55 games, he averaged 2:56 of power play time per game and came up with just one assist to show for it. With all the young players who need new contracts over the next few years, the Sens will be glad to download that contract onto Seattle. But we’ll always have his performance in the miracle comeback win over Toronto. The Sens were down 5-1 and rallied for a 6-5 win, powered by Dadonov’s equalizer, his incredible save and then his overtime game winner.
Tierney came to Ottawa in the 2018 Erik Karlsson blockbuster – the San Jose gift that keeps on giving. In his first season in Ottawa, Tierney finished fourth in Senators scoring with 48 points. He was 6th in scoring with 37 points the following year. But last year, he just seemed to lose a step. Or maybe the injection of so many fast, young players just made it seem that way. Tierney is only 27 and can still be a good asset in Ottawa or Seattle. But that salary ($4.2 million) is way out of whack with his production (19 points last season). Tierney has had some very good moments for the Sens, including this overtime winner – the first of his career – against his old team last year.
Almost no one, including me, thinks that Murray is much more than a blip on Seattle’s radar. But I do think there’s a chance they like him more than most of the other players the Sens have made available. Yes, the concerns are many: 1) He hasn’t been playing well the last couple of years – not in Ottawa and not in Pittsburgh. 2) The contract he signed in the off-season (4 years, $25 million), is way too much for what he’s been delivering lately. 3) He was injury prone last year, starting just 25 of 56 games. It’s a pretty big drop off for the Kraken after Dadonov and Tierney, but sea creatures never shy away from a big drop off. Maybe Murray stole a game against Carolina when Seattle’s Ron Francis was GM there. Maybe Kraken goalie coach Andrew Allen sees something he knows he can fix in Murray (assuming Murray doesn’t get him fired). You never know. How often does an expansion team get a shot at a two-time Cup winning goalie who just turned 27? And taking an old Penguin Cup-winning goalie worked out pretty damn well for the Golden Knights in their expansion draft.

No matter how this plays out, Senators’ GM Pierre Dorion has done his job here. Not only will the Senators not have to surrender another player as impactful as Methot, but there’s a decent chance they get out from under a bad contract to help them get creative and do other things…like maybe, I don’t know, sign Brady Tkachuk.

A win-win in Ottawa.