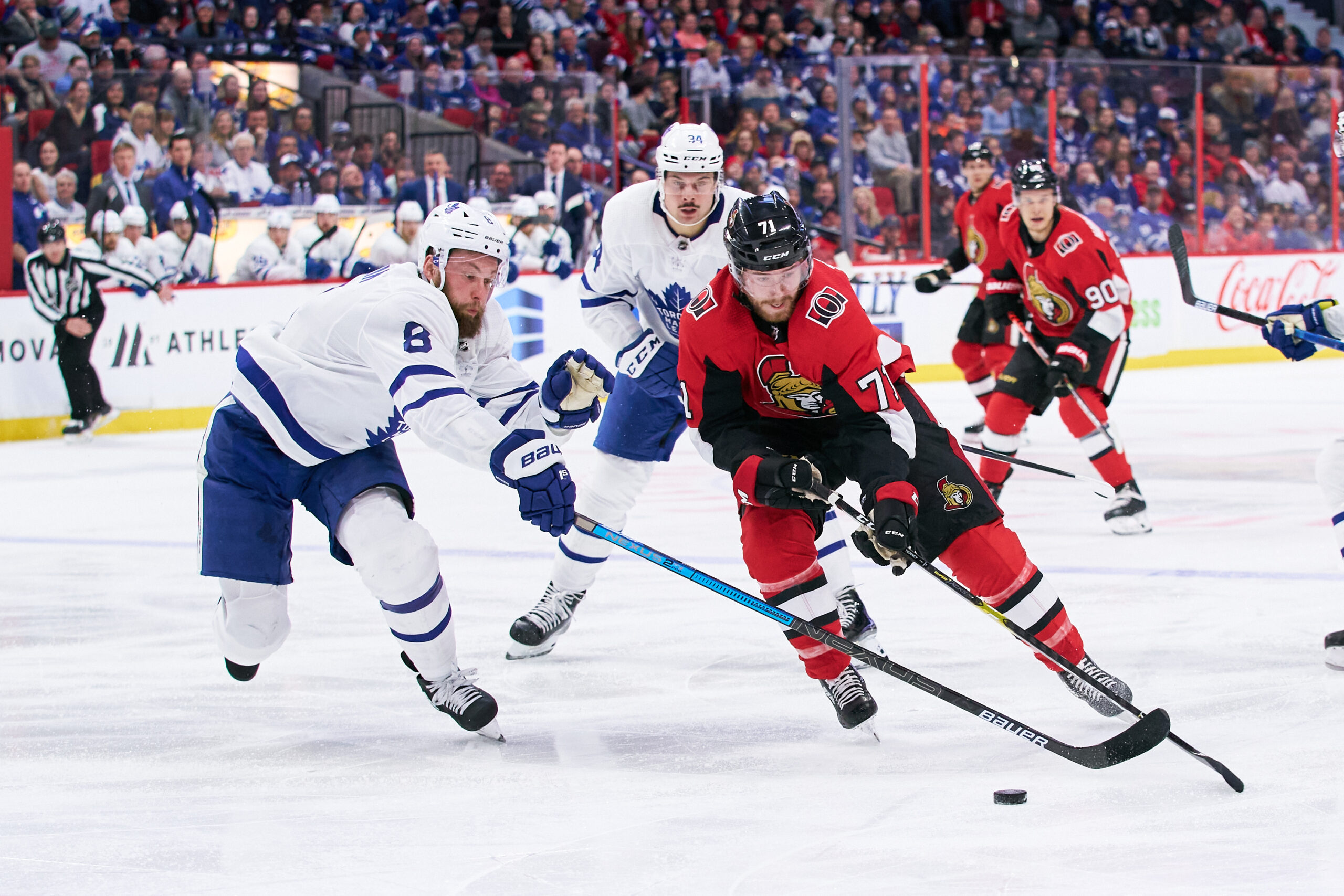 With the creation of the new exclusively Canadian North Division for the COVID shortened 2021 season, the Ottawa Senators will only face six opponents all year. Two of these opponents will be familiar to both fans and the team. Joining Ottawa from the Atlantic division are Toronto and Montreal. With nine games against the Leafs and 10 against the Habs, there’ll be plenty of time for rivalries to reach new heights.

The 2019-20 season was a disappointing one for the Leafs. They ended the regular season as the third place Atlantic team, and 13th overall. Toronto was a team of extremes. Their offence was high paced, flashy and effective, ranking them third overall in goals for. Their defence was the polar opposite, ranking 27th overall in goals against. In the qualifying round versus Columbus their offence dried up and they were bounced in 5 games, leading to a lot of questions about the ceiling and future of their roster after another post-season disappointment.

The Leafs coming into 2021 are not the Leafs of 2020. Their roster has seen significant turnover on both offence and defense. Only 12 of their 20 skaters in the lineup on opening night were on the team last year. A lot of the additions are veterans such as Joe Thornton who bring playoff experience and leadership to a team yet to pass the first round.

For Ottawa, the battle of Ontario is an interesting one. Despite being swept 3-0 in the season series last year, the Sens have played some of their best hockey against the Leafs in recent years. In 2018-19 Ottawa took the matchup 3-1, despite finishing last in the league.

With nine games against each other this year there will be ample opportunity for the Sens/Leafs rivalry to thrive. Most project Ottawa to finish near the bottom of the league again this year. However young teams such as Ottawa have a tendency to overperform expectations, and the organization has stated they plan to be competitive in their games.

There are only 56 games in this COVID shortened season, and as such every game has significantly more impact on the standings. This gives the Senators a unique opportunity to play the foil. Matt Murray has the ability to go on hot streaks. Tim Stuetzle looked phenomenal in the World Juniors. If players rise to the occasion and the Senators can continue to play their best hockey against their provincial rivals, what Toronto views as an easy stretch of their schedule can quickly turn into anything but.

The Montreal Canadiens had a very successful 2019-20 by all accounts. In a normal year, their fifth place in the Atlantic and 24th overall finish wouldn’t have been good enough for a playoff berth. Yet due to the expanded playoffs, Montreal managed to snag a seat at the playoff table. Once they got their seat they wasted no time dismantling the Penguins in 4 games before eventually being bounced by Philadelphia in a close series.

Coming into 2021 Montreal will be looking to build on their success of last year and prove it wasn’t just a fluke. For Montreal to find success this year, a lot will depend on Nick Suzuki taking another step forward. If Carey Price can be depended on, and Suzuki can grow into the superstar that the Habs believe he can be, then Montreal very quickly goes from playoff hopeful to serious threat.

Montreal is an interesting team in regards to how they compare to Ottawa. The Senators look similar to the Canadiens team from last year. They’re young and fast but physical enough to not get bullied. They have an experienced goalie who’s capable of carrying games yet sometimes struggles with consistency. Where they differ is the blue line. Montreal has Shea Weber to anchor their defence, while Ottawa will rely on Chabot continuing to grow.

Of the teams in the North Division, Montreal is the closest to the Senators in the standings. How Ottawa performs in these 10 games will go a long way in determining what kind of season they ultimately have, and the same goes for the Canadiens. Plans of competing hard against the divisional favourites like Edmonton and Toronto are all well and good, but the games against the teams fighting for the final playoff spot are in a lot of ways more telling.

To make the playoffs, Montreal will very likely need a lopsided season series against Ottawa. They won last year’s series 3-1, and will be looking to repeat that this year. This puts Ottawa in a position it will find familiar this season, that of spoiler. If the Sens can hold their own against the Habs, expect this rivalry to heat up. They have four consecutive games against each other at the end of March and start of April. With the potential those games have to impact the standings, they could be deciding moments in both team’s seasons.