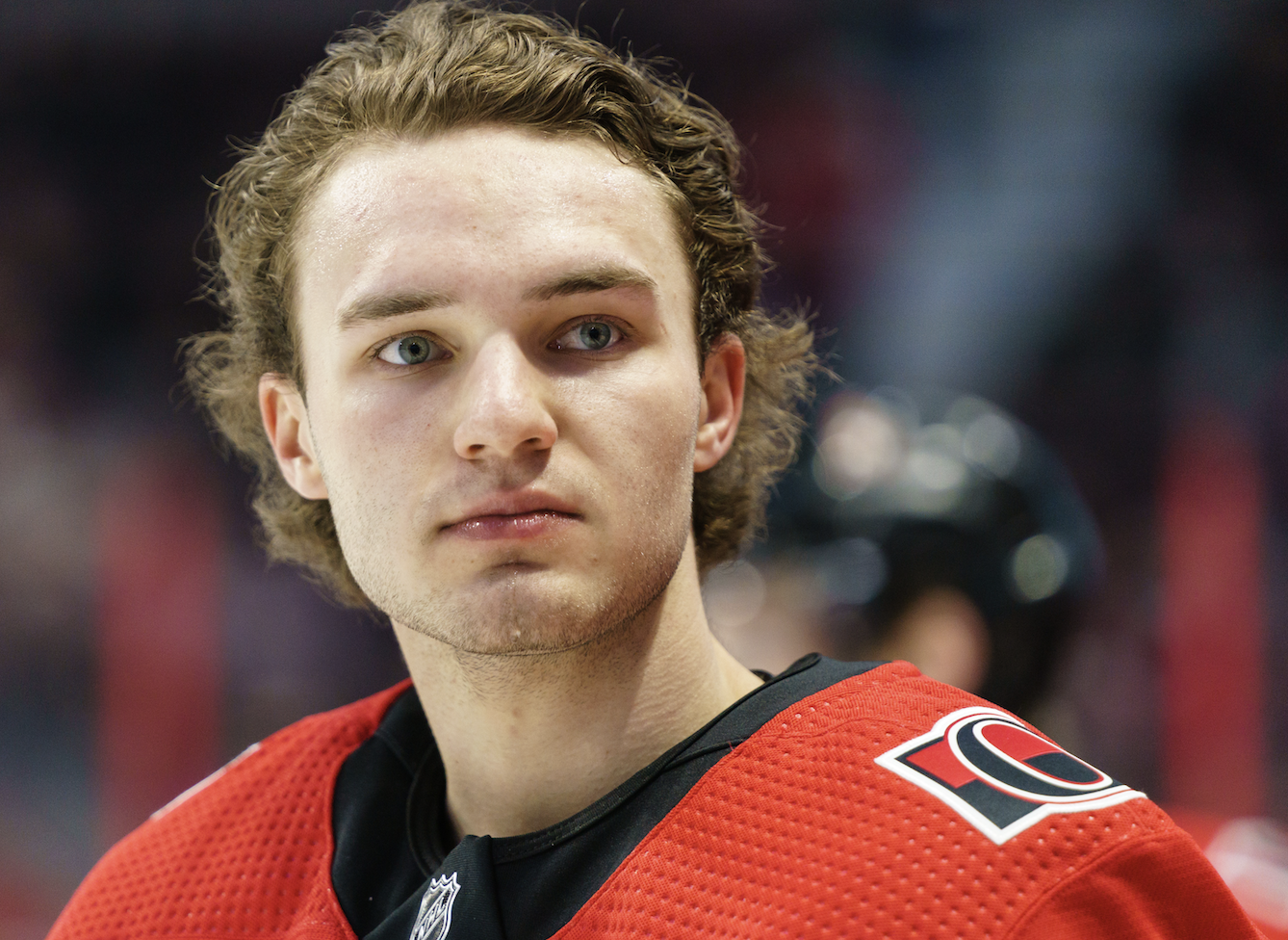 Now where were we before this worldwide pandemic rudely interrupted us?

After 10 months without playing a single game of any kind, the Ottawa Senators finally get back to work this weekend, ending their longest off-season ever, and reacquainting themselves with the loveable Toronto Maple Leafs. The clubs will play two games this weekend as they launch into a shortened 56 game regular season schedule. To minimize travel during the pandemic, all four divisions have been realigned and renamed. In a way, the function of these divisions will more resemble four separate leagues, as no one will play anyone outside their division, unless they get to the Conference Final.

The Senators play in the North Division, rooming with the other six Canadian teams and, if familiarity breeds contempt, it won’t take long before things get feisty. The top four teams will make the playoffs and every regular season game will matter, either because of playoff implications, or because of the outright contempt for the opponent. This sets the table for some compelling Stanley Cup Playoffs in the spring. Every single series will feature two teams who absolutely hate each other.

Rosters are a little different this season as well. Teams will carry the usual 23 players but this year they can bring six extra players along for the ride on the league’s new taxi squads. This is designed to reduce the number of players coming and going from minor league cities. The Senators announced their final roster this week.

Yes, the 2021 Senators bear zero resemblance to the team that went to Game 7 of the Eastern Conference Final just three short years ago. Everyone is now gone. But there are plenty of new players this season who are all capable of injecting a hearty dose of hope into the Ottawa fan base.

Now that he’s settled on the umlaut above the letter ‘u’ on his jersey name plate, Tim Stützle makes his NHL debut for the Senators this weekend. Following the World Juniors and a brief quarantine, Stützle has physically been with the Senators for a less than a week. But the team has spent so much time in the past year being dazzled by the kid and his undeniable skill that he’d already won a job here before stepping off the plane. Stützle was drafted by the Sens third overall with the pick they got in the Erik Karlsson trade.

The Karlsson deal also brought them Josh Norris, another a first rounder. Norris managed to beat out Logan Brown (Ottawa’s 2016 first rounder) for a job at centre and the Sens are now completely setting Norris up for success. They’ve initially placed him on one of the top two lines with Brady Tkachuk and Drake Batherson. That trio will be living together this season and last week they invited Stützle to join them as well.

The second line or, as Ottawa reporter Ian Mendes coined it, “The Step-Dad Line,” will be Stützle with newcomers Derek Stepan (Step) and Evgenii Dadonov (Dad), both veterans in their early 30’s and both expected to mentor the young German star. In a perfect, non-COVID world, the duo might even take Stützle out for his first legal beer after the game. Yes, the kid’s first NHL game will be played on his 19th birthday.

The Senators also crashed their crease this season, not offering Craig Anderson a new deal and trading Anders Nilsson to Tampa Bay. Instead, they acquired 26-year-old Matt Murray, who has two Stanley Cup rings and hopes to rally after losing his starting job in Pittsburgh. After signing a four-year contract worth $25 million, the Ottawa net belongs to him for the foreseeable future.

Other new players who’ll make their Ottawa debuts this season include veteran defenceman Braydon Coburn and forward Cedric Paquette, who both won Stanley cup rings in Tampa just a few months ago. Coburn and fellow newcomers Alex Gudbranson and Josh Brown add tremendous new size to the Ottawa blue line. Gudbranson jumps onto the top pairing to ride shotgun with Thomas Chabot, at least to start the year. The Sens are hoping he can do for Chabot what guys like Marc Methot and Filip Kuba did for Erik Karlsson back in the day. And that’s to hang back and mind the store while their younger skilled partner goes off to play.

The club also added to their forward depth, bringing in Austin Watson and Alex Galchenyuk, both likely to get primarily bottom six minutes.

The ten-month wait is over, Sens fans. Will it be worth the wait? Will the club take a step toward competing again? Nobody truly knows for sure and that’s the fun of it. And the fun starts this weekend.

Steve Warne
In this article:Featured