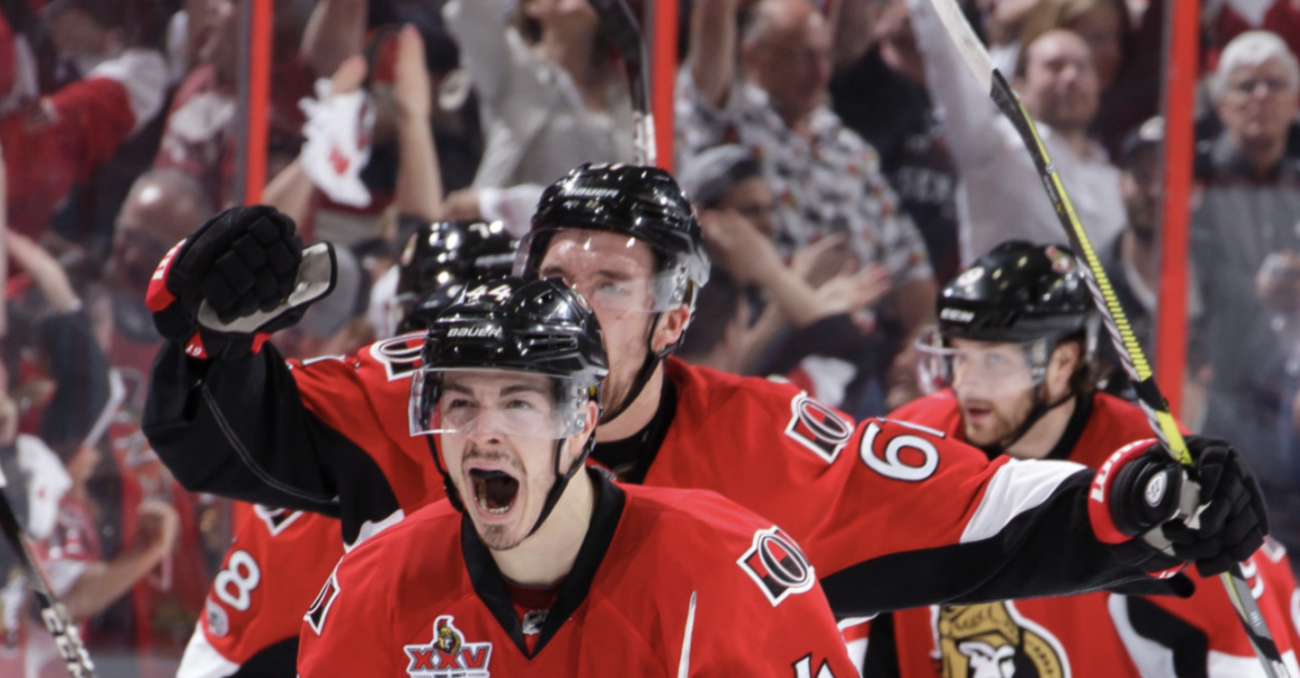 In the midst of their rebuild, the Ottawa Senators bid farewell to yet another fan-favourite this week at the NHL trade deadline. J.G. Pageau was dealt to the New York Islanders for their 2020 first-round draft pick (if the pick ends up being a top 3 overall, it becomes a 2021 first-round pick), a 2020 2nd rounder, and a conditional 3rd rounder.
Drafted in 2011, Pageau played 429 games for the Senators, putting up 183 points. But Pageau is one of those players whose true value isn’t determined by a quick skim of the NHL stats page. He’s a tireless worker on the ice, a leader, a heart and soul player, defensively sublime. But if you want to play the stats card, Pageau is better offensively than people give him credit for – currently a 25 goal scorer with 20 games still to play. That ranks him 13th in goal scoring among NHL centres, tied with Elias Pettersson, one back of John Tavares.
Some fans reacted poorly to the deal, even though most experts agree that the Senators were very well compensated. Emotional breakups are always tough and, in the moment, there’s little solace in knowing that someone better may be coming your way four or five years down the road.
Today, Faces Magazine looks back at four great J.G. Pageau moments with the Ottawa Senators. 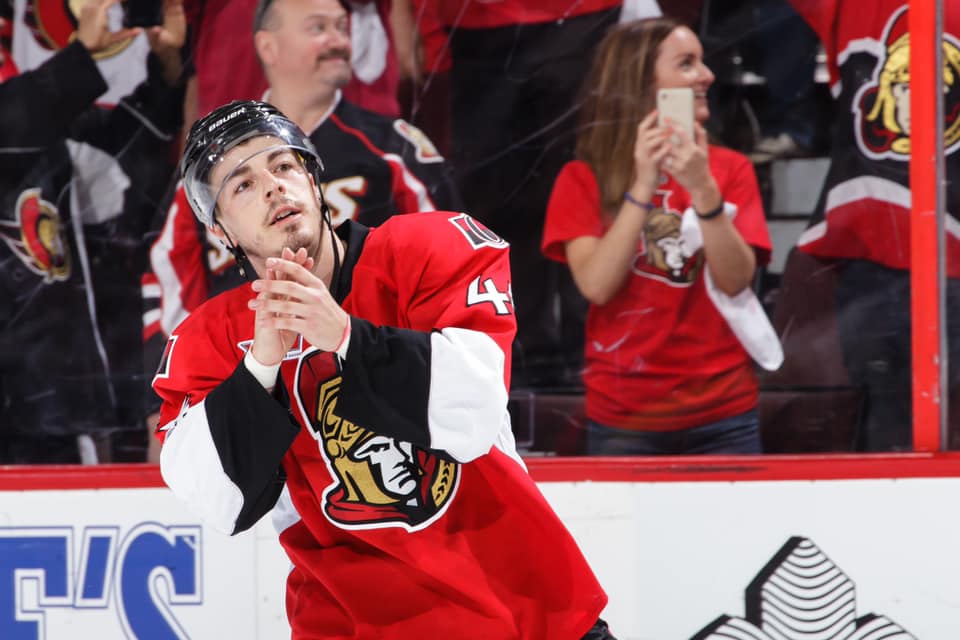 In Game 2 of the 2017 Eastern Conference Semifinal, Pageau became the first player in Senators’ history to score four goals in a playoff game, including the winner in overtime, as the Sens beat the New York Rangers 6-5. Ottawa clawed back from three 2 goal deficits in the game to win 6-5, with Pageau’s OT winner completing a natural hat trick. Pageau worried needlessly that afternoon that he had eaten too much in his pre-game meal, pounding back “two chicken parm.” 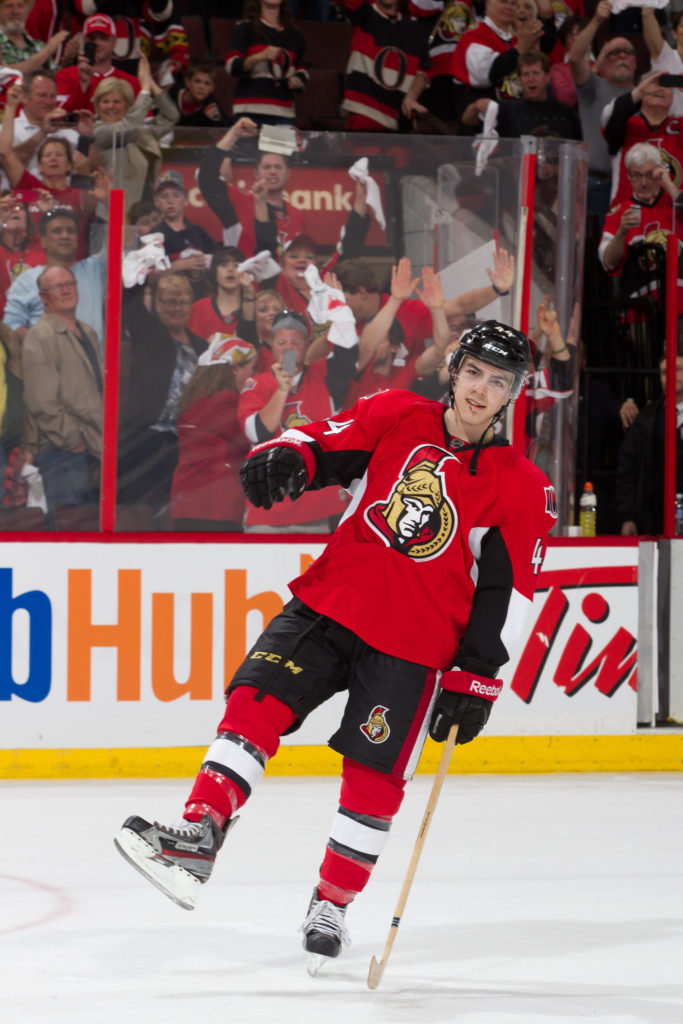 OTTAWA, CANADA – MAY 5: Jean-Gabriel Pageau #44 of the Ottawa Senators acknowledges the fans after being named the first star of the game in Game Three of the Eastern Conference Quarterfinals against the Montreal Canadiens, during the 2013 NHL Stanley Cup Playoffs at Scotiabank Place, on May 5, 2013 in Ottawa, Ontario, Canada. (Photo by Jana Chytilova/Freestyle Photography/Getty Images)

In May of 2013, the Sens made room for Pageau on their first-round playoff roster as they prepared to face Montreal, the #2 seed in the Conference that season. Pageau had played just 9 regular-season NHL games that season and would play only 28 more the following season. But, in that series, Pageau was magic against Montreal, a team he would generally torment for the next six seasons. On May 5th, Pageau scored three times in Game 3 in a 6-1 Ottawa victory. Pageau became just the second player in Senators history to score a hat trick in the playoffs (Daniel Alfredsson did it in 1998). The rookie Pageau faced the media that night with the game puck and a happy, bloody smile, courtesy of an errant high stick that night from P.K. Subban. Adding insult to injury, Ottawa also dominated a huge line brawl near the end of the game – one that many fans call the best Sens’ game they’ve ever been to.

That same playoff game against Montreal also marked the birth of The Pageau Song. Montreal Canadiens’ fans have always enjoyed twisting the knife on beaten opponents. For years, they would break out with the chorus of the 1969 pop song by Steam called, “Na Na Hey Hey Kiss Him Goodbye.” They also added to their songbook an old soccer song called, “Ole Ole Ole Ole!” As the Sens were waxing the Habs that night in May, Ottawa fans gave Montreal a heavy dose of their own medicine. They celebrated a convincing win and their conquering young hero, while also mocking Montreal’s snide musical tradition. In unison, Sens fans screamed out Pageau’s name to the tune of “Ole,” a song we’d hear several more times in the years that followed. 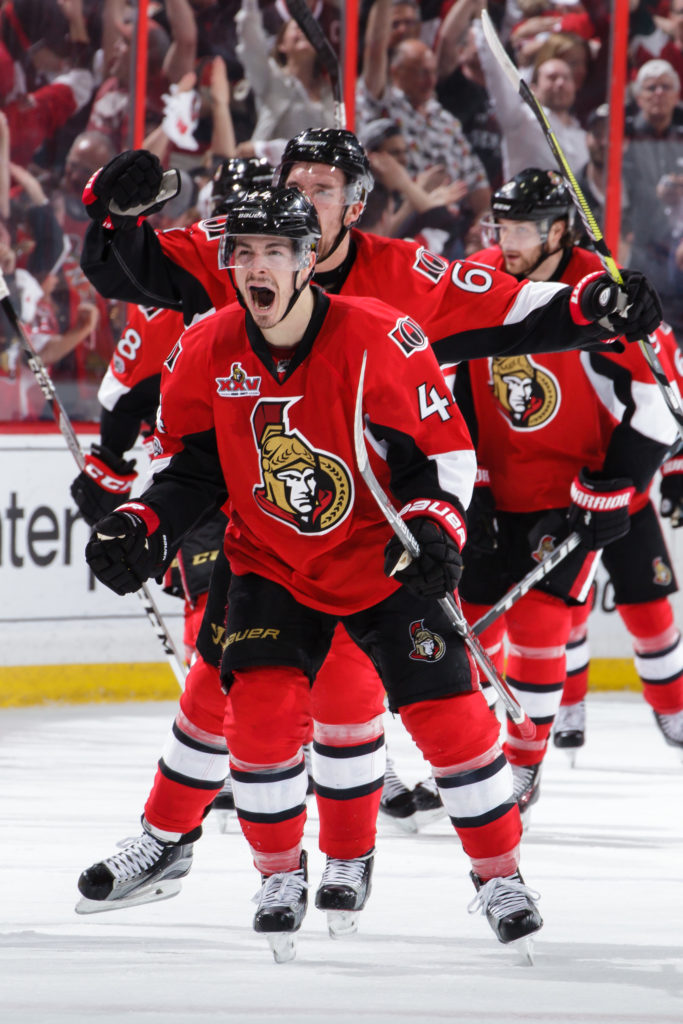 This one is a general nod to Pageau’s defensive prowess. He’s been the club’s most consistent defensive forward, always in the right place, and a penalty killing beast throughout his time in Ottawa. In the 2015-16 season, Pageau broke out with 19 goals and 43 points. 7 of those goals came shorthanded. With another 3 shorthanded goals this season, he immediately takes the Islander lead in that department.
Pageau didn’t take long to show the Isles exactly what he’s about. In his debut this week, he scored a goal, went 71% in the faceoff circle and stood up for a fallen teammate, picking a fight with Rangers’ defenceman Jacob Trouba, who’s twice his size.
Classic Pageau. Already a great teammate; a total gamer who won’t be voted off the Island anytime soon.
By Steve Warne
TwitterFacebookPinterestLinkedinEmail
Previous Article 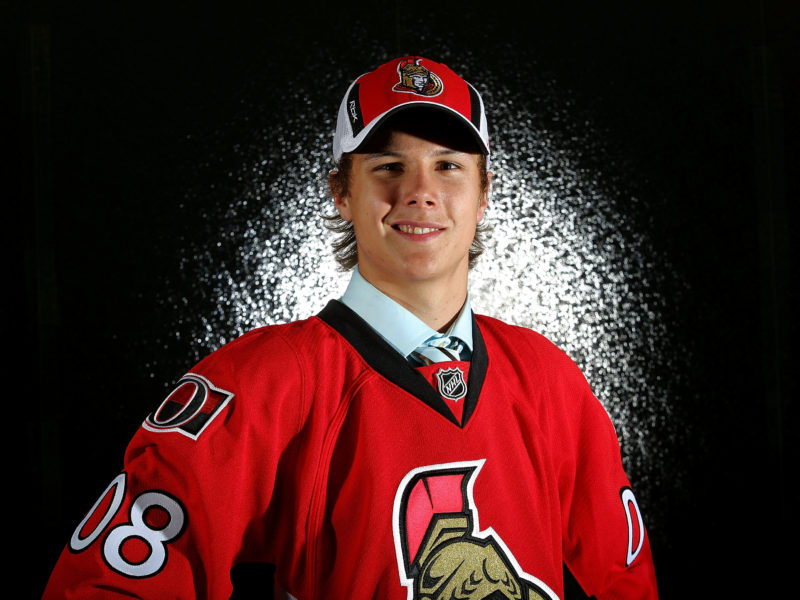 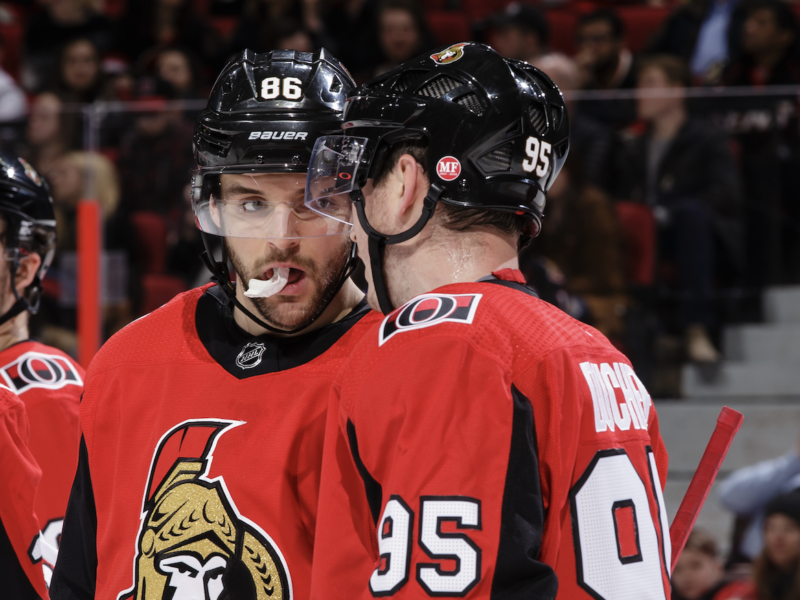 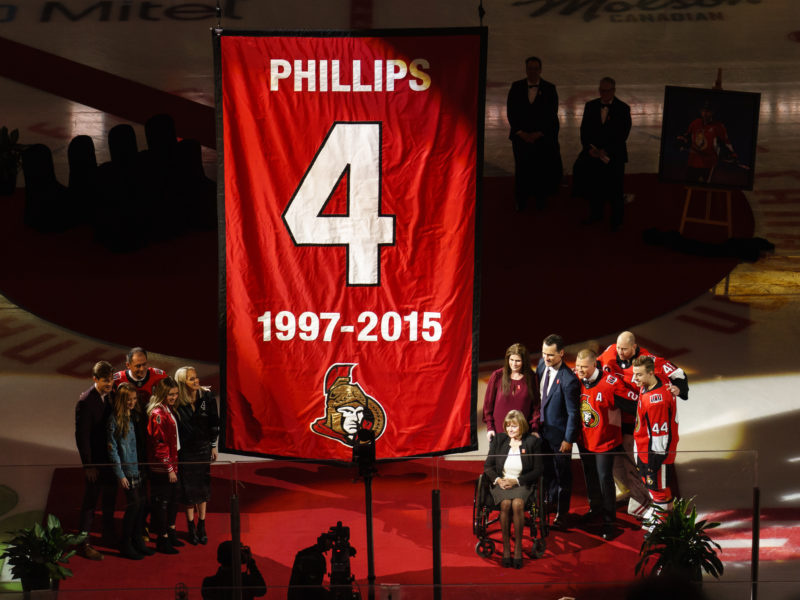