From Astronauts to A-List Actors, The Interview Dudes Are Three Grade-6ers With A Hit Podcast

Meet Ben, Nathan and Jack; three grade 6 students known as The Interview Dudes. Together, they run a podcast that interviews extraordinary people: politicians, astronauts ER doctors and celebrities, all from their homes in Ottawa.

Friends since kindergarten, Ben, Nathan and Jack do lots of things together. They love minecraft and aspire to start a band. As co-hosts of their interview podcast, they work as a team to interview people with amazing stories and extraordinary jobs. Each one bringing something different to the show.

“We seem to work together very well. We all love doing the podcast and help each other in different ways.” 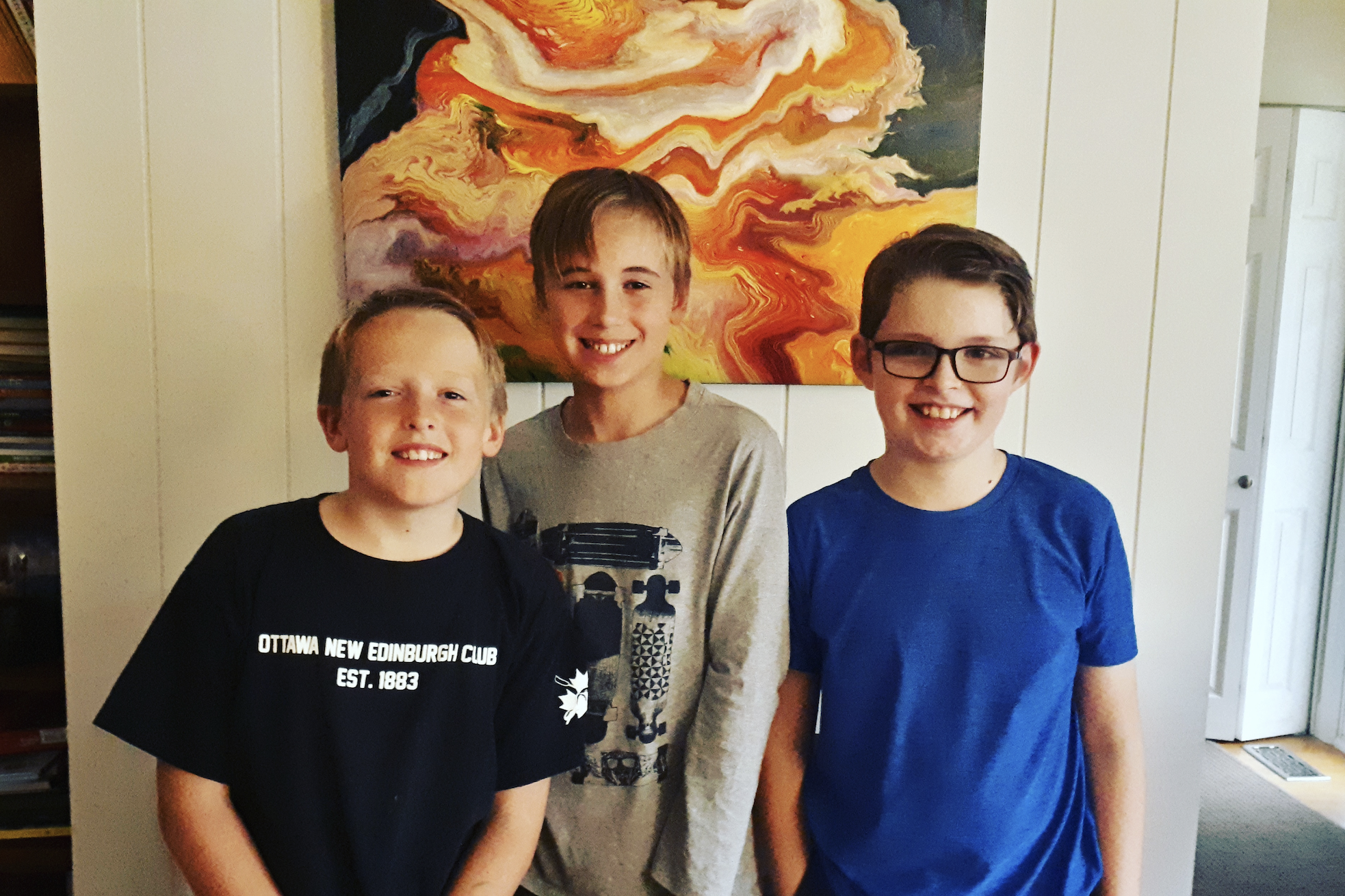 The Interview Dudes (from left to right) Ben, Nathan and Jack.

Jack’s father James helps to coach the boys as producer of the show. He’s a voice actor/audio book narrator by profession, and works to book interviews and edit sound for their videos.

“My main job is to encourage the boys and give constructive criticism all while encouraging them.”

The trio have interviewed a wide range of amazing people. Most recently, they landed a zoom call with Ottawa’s own Ryan Reynolds.

How do three grade 6 students prepare for a four-way zoom call with an A-list actor? Admittedly, they were pretty nervous. But, as Jack says, once the interview began, they got in stride doing what they love.

“Once [we] started chatting with him [we] realized he was just another person.”

We are very proud to release our interview with @VancityReynolds! He is a great guy!

“He was really funny,” recalls Nathan.

Amid COVID19 restrictions, the boys have had to record their show from three separate locations. Though it’s a bit different from the studio set-up the boys are used to, they say that it’s been easier for them to book interviews. A lot more people have become available to chat.

To be so young and to have a platform to make people laugh, smile, and think is truly special, and it helps that the boys genuinely love doing it. Most importantly, The Interview Dudes show us that you can do anything you put your mind to, no matter your age.

“Our number one message is that kids can do cool things like have their own podcast. Another would be that famous people are just regular people like everyone else and not to be intimidated when meeting them.”


Their plans for the summer? They hope to get a chance to spend a day at Calypso Waterpark, and also score an interview with Jeff Probst and Stephen Colbert. 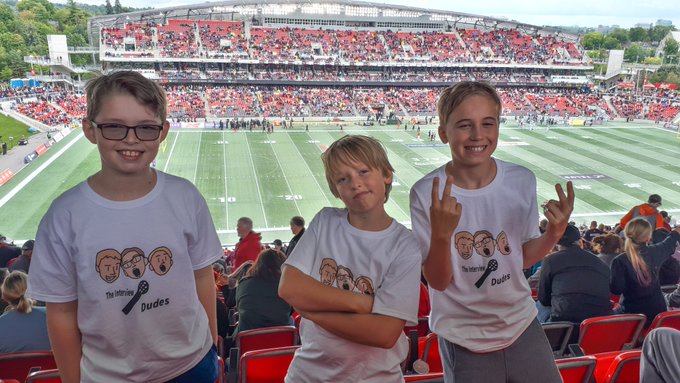 Who are some of your favourite interviews?

Nathan: Aside from Ryan Reynolds, I liked the Redblacks interview with coach Campbell and Brad Sinopoli because we got meet them and have a tour of the stadium, and my second favourite was Dr. Ken Milne emergency physician because he was really funny.

Ben: My favourite Hive Queen online Twitch streamer who plays Animal Crossing and other games, and my second favourite was Yolanda Bruno who is a violinist for the Toronto Symphony Orchestra and she has an Italian violin that was made in 1737!

Jack: My favourite interview was paleontologist Jack Horner, who was the inspiration for the Jurassic Park movies, and Minister of Transport/Astronaut Marc Garneau because he was the first astronaut in space and that was cool.

Could Movie Theatres Be On The Way...