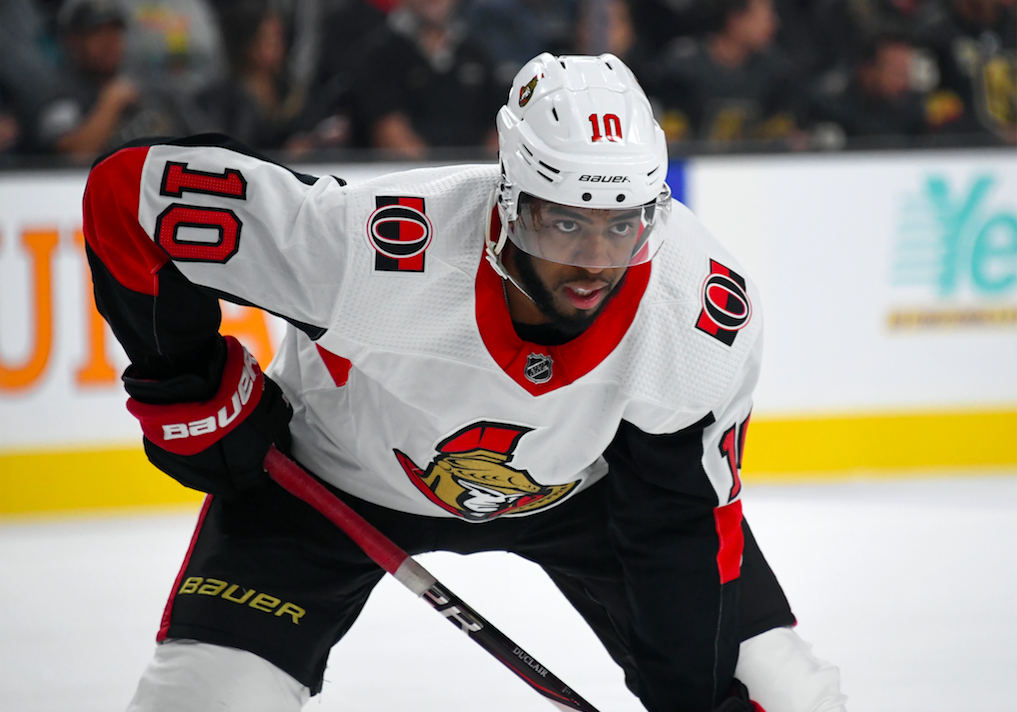 Back in early October, there was exactly no one who thought the rebuilding Ottawa Senators would be in for anything but a long, tough season; their bleak prognosis further supported by a limp 1-6-1 start. But then, after those early stumbles, the Sens have gone on a shockingly impressive 10-5 run – including the 7-2 run they’re on right now.

Even with their record now even at 11-11-1, it’s premature to be thinking about a playoff spot. But it’s not too early to admit this: The Sens appear to be a better team than previously thought and, by extension, some of the players may be better than previously thought. For GM Pierre Dorion, this complicates things, but in a good way. Dorion’s challenge this season is to identify which of his current players might be part of their future core; the ones capable of helping the club accomplish ownership’s famous promise of unparalleled success, starting in 2021.

The NHL trade deadline is just three months away and Dorion has to make decisions on 14 players who’ll be free agents at season’s end. Given the team’s better-than-expected performance in the first two months, some of these decisions are going to be far more difficult than expected. Which players are for real and which ones are just on a hot streak? Which free agents might be part of the Sens’ future?

One of those free agents is winger Anthony Duclair, who’s been campaigning loudly this month to be a part of this team’s future core.

Duclair was traded to Ottawa at the February deadline in the Ryan Dzingel deal. He didn’t arrive with much of a reputation. He was 23 and already with his fifth NHL team. If that weren’t a big enough red flag, his head coach John Tortorella publicly buried Duclair, just days before the trade. Tortorella told Columbus reporters that Duclair, “doesn’t know how to play and thinks he can do whatever he wants on the ice.” This was a stark contrast to the player who starred for Team Canada, winning gold at the 2015 World Junior Hockey Championship.

Duclair had a good spring in Ottawa, closing last season with 14 points in his 21 games here. That earned him a one year deal this season worth $1.65 million with the Sens. “We were pleased with what Anthony was able to add to our lineup after his acquisition,” said Dorion. “This signing improves our team speed and scoring depth up front. Anthony’s speed and skill can be dynamic and, at only 23 years old, we feel he has the chance to grow into a really consistent contributor.”

Dorion deserves credit for that trade. Duclair and Dzingel are the same kinds of players with similar production levels this season. But Duclair is younger and cheaper with a higher ceiling and, by the way, also brought two second-round draft picks with him as part of the trade. The one year deal gives the Sens a chance to see what Duclair can and can’t do and see if his past issues are behind him.

Just like the team, Duclair got off to a rough start. He limped out of the gate with just one point in the first 8 games. But he was frequently noticeable on most nights, generating chances, suggesting better days were ahead. Sure enough, in the last 15 games, Duclair has piled up 14 points, playing fast, entertaining hockey in the process.

What’s been the difference in Ottawa? “This is the most opportunity since I came in the league,” said Duclair. “DJ Smith has kept his faith in me. It’s nice to play for coaches that believe in you. When you make a mistake, you’re not getting crucified on the bench. You’re going right back out there and proving them (right). I’m just happy to get the opportunity here with the Senators and hopefully, we can go on a longer run.”

Despite the recent success, so many questions remain. Will Duclair continue to be this good or will he revert at some point to the player that frustrated past coaches? Should the Sens sign him now or evaluate things a little longer? Of course, if they wait, Duclair’s stock may rise, becoming more expensive to re-sign. If that happens, perhaps a “sell-high” trade becomes attractive with a chance to get more for him at the deadline.

During this rebuild, Dorion has a lot to consider but appears to have identified an amazing opportunity for the Sens and a chance to help Duclair rebuild his career.