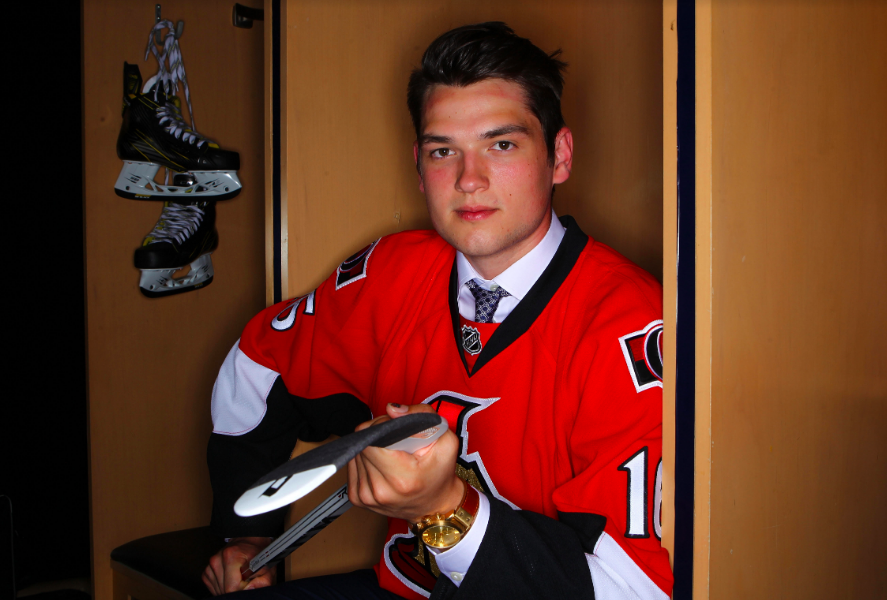 The road to the NHL was supposed to be faster for Logan Brown. Like a lot of commuters in Ottawa, he arrived a little late to the office.

Everyone has been waiting for this kid, some more patiently than others. Drafted 11th overall by the Ottawa Senators in the first round of the 2016 draft, Brown was immediately pegged as the big, skilled centre to fill the skates of the departed Jason Spezza. It seems almost ridiculous to suggest a 21-year-old is “late” to make his mark, but today’s NHL is an unforgiving results-now league where high draft picks are expected to arrive more or less All-Star ready.

Brown showed up like most teenagers you know – confident, gangly and a little sleepy.

His first NHL coach Guy Boucher wouldn’t give the big centre an inch. Brown played a total of 6 games under Boucher over two seasons with ice-times just slightly higher than those guys with shovels who scrape the ice during TV timeouts. Brown managed one assist under Boucher and spent most of his time enjoying the sights of American Hockey League cities through the salt-stained windows of a charter bus.

A new coach arrived in D.J. Smith this fall but Brown didn’t make the cut to start the season and all of a sudden, things got wobbly in the Brown camp. His agent Andy Scott went on Ottawa radio and put the organization on blast.

“I can say with full confidence, that I’ve really never seen another player met with such resistance by the team that drafted them early in the first round,” Scott told TSN 1200. This had the potential to get murky but instead Brown found himself called up in late October with the Senators needing help down the middle due to injuries.

For a week or two, it seemed like every video the Sens media team tweeted out after victories had Coach Smith telling a fringe player that it was “time to get a place”, which is the ultimate golden ticket to the NHL. GM’s feel a little guilty sending down a guy paying a mortgage in Stittsville or Westboro, so when you get that nod, you’ve likely seen the last of Belleville for at least a comfortable stretch.

We haven’t seen that video yet for Logan Brown but it seems just a matter of time until it happens.

Since his call-up, Brown suddenly looks like the top-line skilled centre everyone was hoping he could be. A fixture on the first power-play unit, set up on the half-wall where he controls the flow whenever Thomas Chabot doesn’t have the puck, Brown makes passes that just haven’t been possible on this team since Matt Duchene was traded away last season. Brown just “looks” like an NHL player now, and the deeper stats seem to verify that.

Yet, as we should all know at this point, success never seems to come easy for Logan.

That first NHL goal, which logically should come before that first NHL house, has been agonizingly within his grasp, only to slip away at the last moment to fluke circumstances and likely a bad case of nerves.

Brady Tkachuk, who’s never gripped a stick tight or worried about anything in his entire life, slipped a perfect cross-crease pass to Brown against the Flyers and everybody watched in horror as Brown clanged the post on an empty net from two feet away.

On the road in Detroit, Brown finally did put one past a goalie but it was against his own team. Brown was following what every coaching staff has told him about how to be a responsible NHL centre, to be the first forward back helping out the defense.

Sometimes a centre can be too helpful, and that was the case when Brown waved at a puck that bobbled past goalie Anders Nilsson and again everyone watched helplessly as the puck dropped across the line directly off Brown’s skate.

It happens to the best of them and Brown bounced back almost immediately, buzzing around the Detroit net and chopping in a goal amid a whirlwind crease scramble that saw Tyler Ennis bump into Wings goalie Jimmy Howard. Brown was celebrating his first NHL goal with teammates and the puck was on the way to being taped up for the post-game picture as the confused looking referees conferred at the timekeeper’s box to figure out what the hell just happened.

Turns out the play was deemed goalie interference and Brown was robbed of his first NHL goal. He remained slightly expressionless on the bench, in line with his seemingly laid-back personality, but you have to wonder if he’s even slept an hour since hitting that post against Philly earlier in the week.

Coincidentally, the player whom Brown gets compared to most around town, Jason Spezza, also had a tough time breaking onto the Senators roster despite his high draft pedigree. Spezza was famously described by then coach Jacques Martin as a “boy playing in a men’s league”. Boucher didn’t go that far when talking about Brown to the media, but it was clear a similar sentiment applied. Boucher, like a lot of coaches, only trusted veterans, but that kind of NHL disappeared once players coming out of entry-level deals started eating up all the cap space.

While it’s easy to try and link Spezza and Brown together, there’s a few key differences.

A young Spezza had to try and crack a loaded 2002 Ottawa roster that included the likes of Daniel Alfredsson, Marian Hossa, Zdeno Chara and Martin Havlat. He was also battling to get ice time down the middle behind Mike Fisher, Radek Bonk and Todd White. Ottawa had Cup aspirations for nearly the first decade of Spezza’s career, but Brown hasn’t had nearly the same competition, particularly this season and he’s still trying to establish his presence as a permanent one.

Where Spezza was slinky coming across the blueline, hunched over almost like Gretzky, ready to reverse the play, Brown is more upright and powerful, making him more of a traditional pivot. Spezza had a laser accurate shot (as Carey Price could attest) that was criminally underused throughout his career, while Brown hasn’t shown that particular weapon yet.

Spezza would never be accused of being a physical specimen. All of his attributes are in his hockey brain which has allowed him to stay in the NHL despite a back so problematic it would have put a much heavier player into retirement years ago.

In Brown’s favour, he has the body type to be able to dominate down low, and although he might look like he’s chiseled out of marshmallows at 21, a few years from now he’ll be an intimidating physical presence, something the Senators haven’t had since Mike Fisher moved to Nashville.

In the end, Brown doesn’t need to be Spezza or Fisher or even Radek Bonk (although the mullet would be a nice touch). Brown just needs to be a number one centre and a power-play specialist for this rebuild to work. If it takes a little longer than normal, the team can wait. No pressure, right Logan?

So let the Spezza comparisons end here, and wait for the true Logan Brown to emerge. I don’t think there’s anyone who wants to hear Brown attempt the Spezza giggle anyways.

Is Anthony Duclair's Future i... 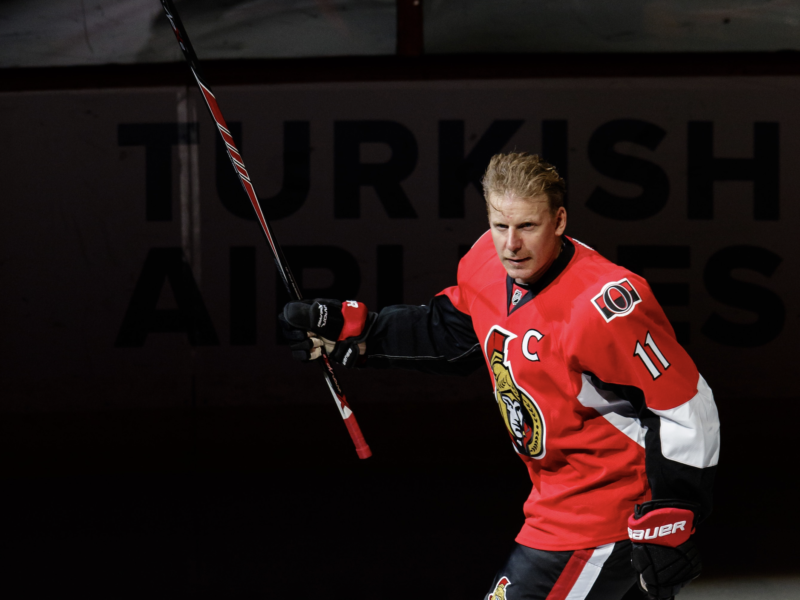