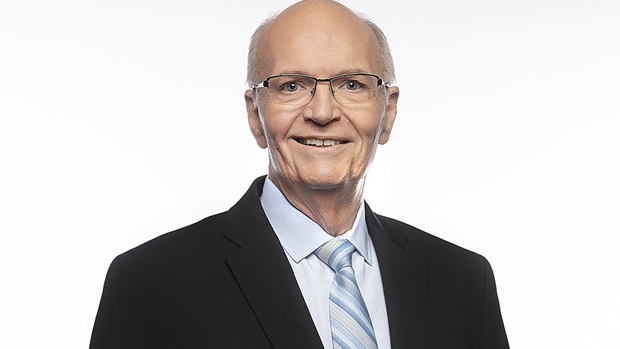 After 34 years as CTV Ottawa’s beloved weatherman,  J.J. Clarke announced his retirement on May 4, sparking pensive nostalgia from longtime viewers across the region. Visibly absent from his nightly 6 o’clock segment for the past couple of months, Clarke put an end to the wild speculation, finally releasing the following statement: “As you all know I have been away from my duties as CTV News Weather Anchor for some time.  Unfortunately the problem has been my health, so I have decided it’s time for me to retire,” said Clarke. “CTV and Bell Media have thankfully made it possible for me to make this difficult decision.  I am also thankful to all of you for allowing me to come into your homes for so many years as part of the CTV Ottawa News team.”

As well wishes and reminiscences roll in across social media platforms, Clarke credits his lengthy and rewarding career to the late news anchor Max Keeping, who in 1985 invited the jubilant radio host to join CTV Ottawa (CJOH) as a weathercaster and staff announcer. “Max and I would run into each other at events.  He was representing the television station, I was representing the radio station,” said Clarke during an interview in 2015. “We’d be judges on panels for talent competitions and that sort of thing.  And we talked about it for a year, or two, before I came on board. Thanks to him, I’ve had this wonderful, wonderful 30-year career,” said Clarke.

It wasn’t only the weather that Clarke lovingly broadcast into households across the region. In the 80’s and 90’s, hosting popular local talent show, Homegrown Café, Clarke showcased the city’s most talented performers, including now Hollywood actor Ryan Gosling.

A longstanding passion for the community has seen Clarke as a trusted fixture on telethons in support of the University of Ottawa Heart Institute and CHEO and as a member of the campaign cabinet of the Royal Ottawa Hospital and Honorary Chairman of the Foundation Board of the Children’s Treatment Centre. His unwavering dedication to the community culminated in the naming of a city park on Bridlewood Drive in Clarke’s honour.

Coworker and friend Joel Haslam bid Clarke an emotional farewell with this touching tribute:  “And whenever we find ourselves raising our eyes to the darkening skies, holding our palms upward to feel the falling rain, I hope we’ll remember the line from a former CTV Ottawa jingle, and the weatherman who made it famous. ‘J.J said it would.’”