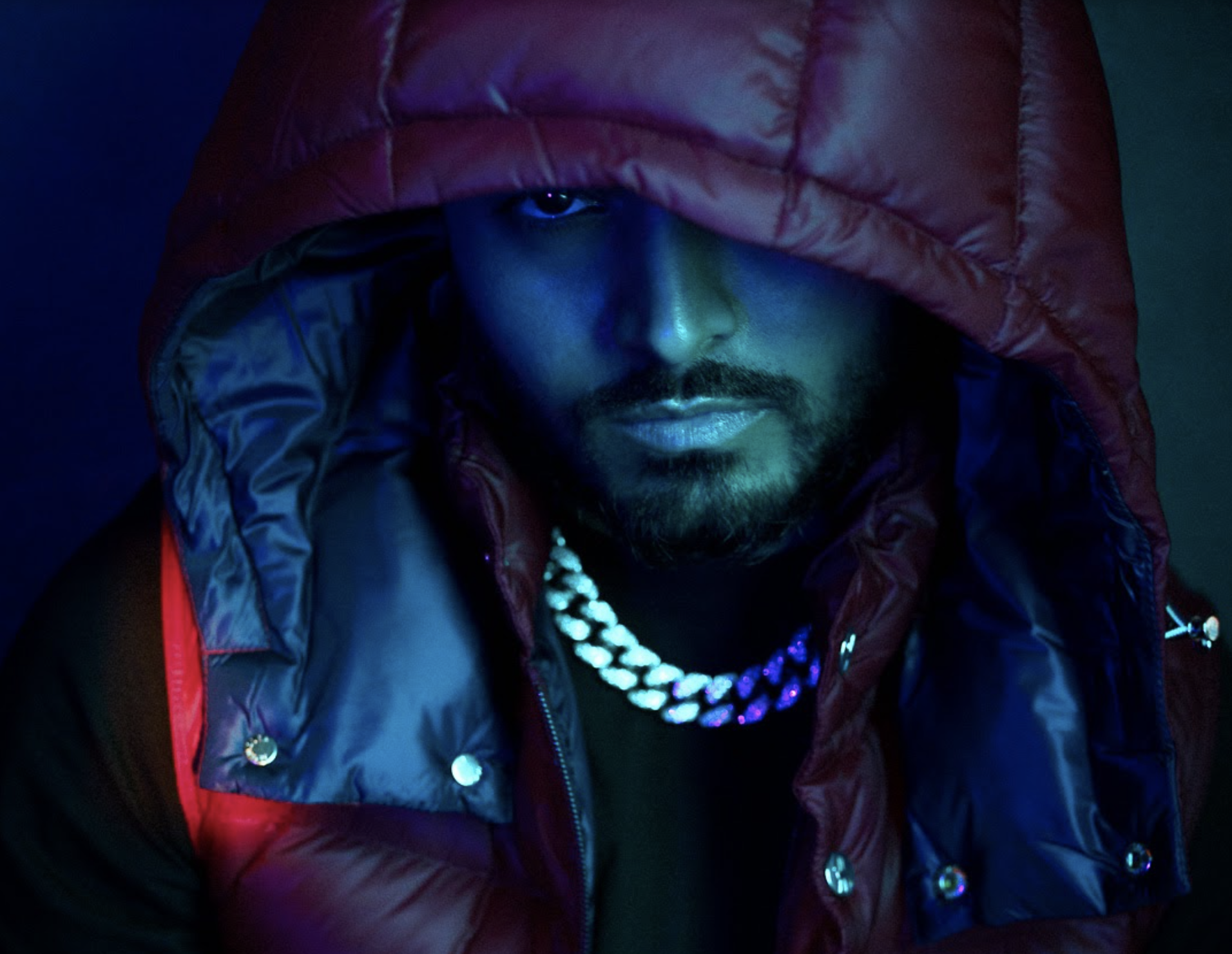 Ottawa-born artist JAIoftheRise makes music that calls to people. But he wasn’t always the songwriter, singer, and rap artist he is today – first, he had to go through some serious living.

Since then, his music career has skyrocketed him to being one of Ottawa’s most prominent artists with a roster of hits, top-tier videos with striking visuals, and a consistency in his sound that matches some of the industry’s top names in hip hop. Jai’s music has taken him to performances across the Capital and even America, where he had the honour of opening for the late Pop Smoke in his last appearance.

We caught up with him to discuss his journey to music, his new releases, and his best advice for aspiring artists.

What were some of your best memories of growing up in Ottawa?

I spent most of my childhood growing up in Little Italy. I remember staring out my window and all seeing all of these fancy Ferraris and Porsches. Did I start to envision myself living like that one day? Can’t say I didn’t.

Growing up I was hopping shelter to shelter with my mother, I saw her go through enough of pain and torture and all I’ve ever wanted to do is give her financial peace of mind, a luxury she never saw since the day she stepped into this country. Once things got a little better and we had moved to Preston, I saw how far hard work and money could take you, and I’ve been on that pursuit ever since. My best memories as a child would probably beplaying ball with my boys from middle school, I went to a school called Fisher Park, that school brought all sorts of kids together, a real melting pot. 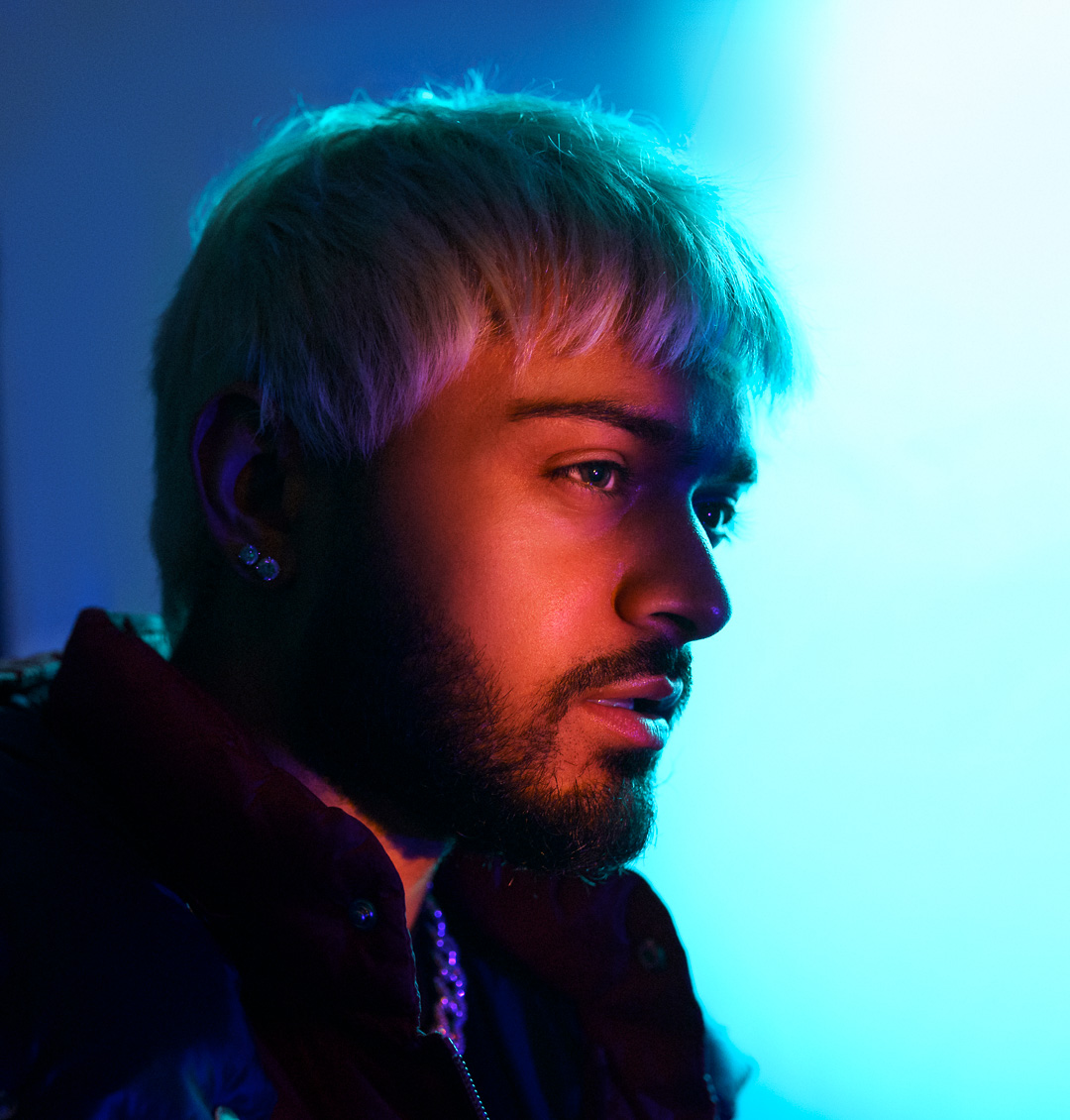 When did you know that you wanted to make music? How old were you when you started?

I think I was like 11 years old at the time. I didn’t think I’d ever be drawn to singing because of just like.. life and the circumstances at home that I was coming from. But one day in grade 4, the school choir teacher was going around classrooms picking out new members for the choir that year. She went around my classroom and had each student sing a little snippet. When it came to my turn, to be honest, I was a little embarrassed by it but I did it anyway. I remember her telling me something like “Oh I think there might be a voice hidden inside of you”. I don’t why but that stuck in my head for a while and a seed was planted that day.

When I was in grade 7, I participated in my first singing competition and I placed 3rd. But I wasn’t satisfied, I didn’t win. I grew up wanting to be the best at everything I did, so anything but the best wasn’t good enough for me. I was chasing, being stubborn, but the music wasn’t chasing me. So I put the singing to the side and switched my vision to something more “realistic”. The external pressures turned into internal pressures and society got the best of me.

Took me a bit of living, stamina, and a heart-aching breakup to understand I ain’t made to be realistic, and that’s when the music came back and started chasing me. I believe we are all made to do great things, “unrealistic” things if you wanna call it that, and we need to speak them into existence and make them the new standard.

Looking back on your first few songs as an artist, to now, what is the biggest change? What has stayed the same in your work?

I mean I was just pouring out what I was feeling at the time. Mental illness is a real thing and for me having music as an outlet really helps me cope with that. When I first started making music it was all centred around one topic, a heartbreak that I was trying to get over. When I finally got over that and matured, my music started to shift as well. It went from a lot of the darker sounds to something more moody and melodic. The process of making music has always stayed the same. I mostly write alone (with a ton of lit candles) but in terms of the production, I’ve got a really great team of producers. We kick it at the studio and create the vision from there.

Who have been your greatest supporters of your career?

My mom has definitely been a great support of mine, along with my cousin and so many friends. But, most importantly, I think I have to give credit to my fans. They have definitely been my greatest supporters and we have a very special connection. The amount of love I get from them is incredible. I love interacting with them on Instagram and keeping updated with them. At the end of the day I make music for those guys. I just wanna be able to help them get past whatever obstacle they may be facing, especially in these hard times, and I feel like music has the power to do that.

Tell us about opening for Pop Smoke. What was that like?

It was a once in a once in a lifetime opportunity, literally. That was the last show Pop Smoke did before he passed. I was super lucky and fortunate to have had that chance and am incredibly humbled by the whole experience. The team and I drove down to Waterbury, Connecticut to perform at the Van Gogh Nightclub, it was a surreal night and the attendance was crazy. I was a little nervous before the show. The adrenal was pumping, but something took over me right before I hit the stage and the rest I don’t even remember. His set was exceptional, seeing him perform was an honour, and little did I know that I’d never get to see him again. We had the chance to exchange a few words after the show. I told him if he ever came up to Canada that we and the rest of the city would gladly welcome him.

Take us behind the scenes of creating/planning/shooting your music videos. What is it like?

It’s a lot of planning and work to be honest. It looks easy on screen but it takes weeks and sometimes months to put everything together. I’m a perfectionist, and I’m never really satisfied with any of it no matter how many revisions we do, I’m sure a lot of artists can relate. I think that stems from me taking the craft very seriously because, in a way, I’m contributing to the culture and so I feel like whatever I put out has to meet a certain level of quality that provides value to it, because at the end of the day I’m representing myself and the city. I do have to mention that we do have a lot of fun with it, especially on shoot days, even though most of the time they run 16 hours long. 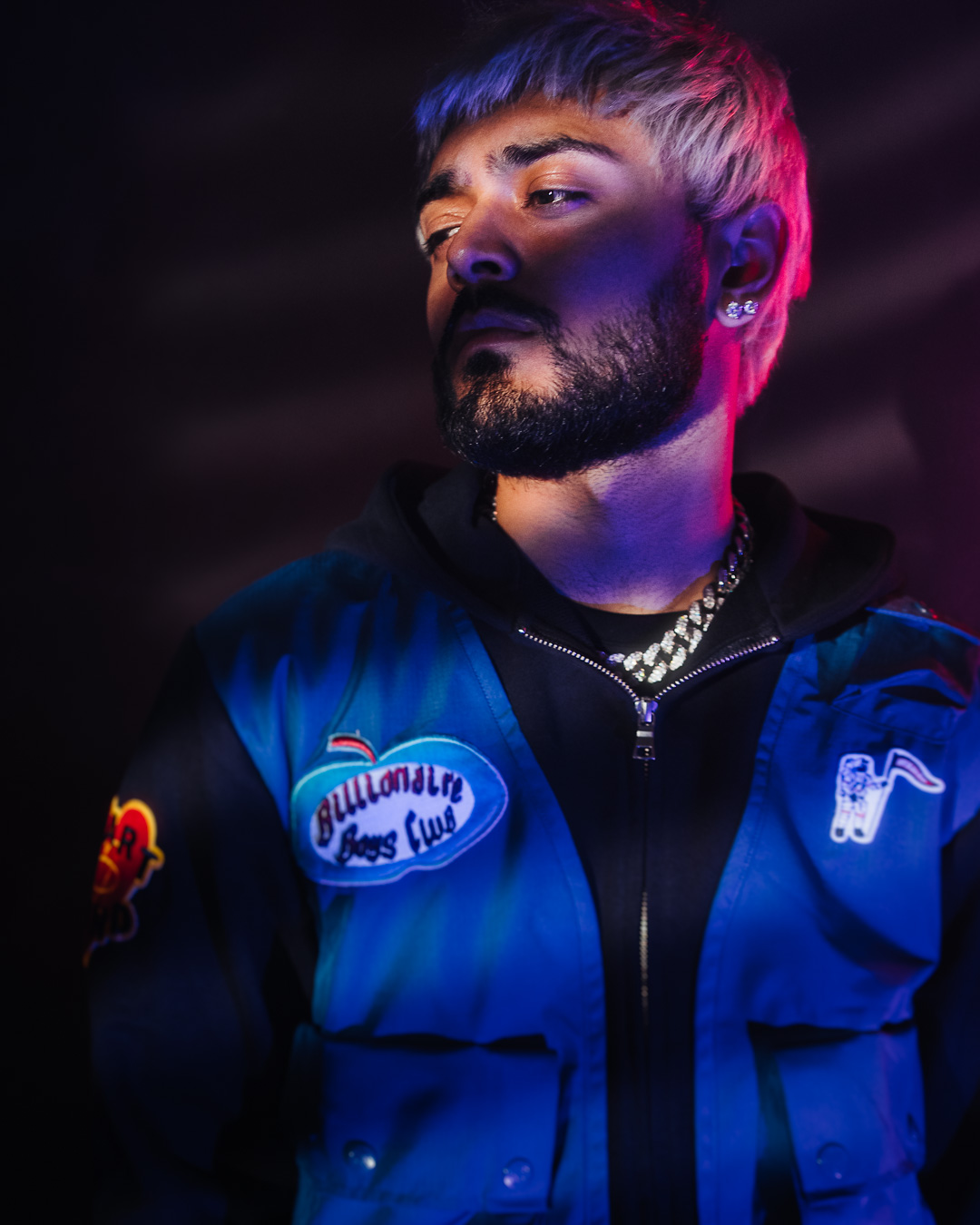 What is your favourite track/video that you’ve released so far, and why?

That’s a tough one. My favourite track would probably have to be between ‘Poison’ and ‘Scarface Halfino’ although I think I lean a little bit more towards Poison just because it was one of my most vulnerable moments. When I go back and listen to that record it instantly brings me back in time to that very moment. I think I really let it all out that night at the studio. My favourite video has to be Hopscotch, featuring Lil Berete. That one was really dope, a lot of things were on the line but everything ended up going smoothly. A ton of people came to show love, we had a crazy turn out and the vibes were just mad lit.

Tell us about your latest song, ‘Take A Soul’. How did it come to be?

I mean without giving away too much that song was meant to highlight how good people can be driven to do evil things under the right circumstances. Sometimes we start to spiral down into a direction that we never intended to go. That’s life though, things can take unexpected turns. You just have to learn and adapt as best you can, and despite all that I think it’s important to keep your intentions pure and to not lose sight of what your true purpose is. That’s why, towards the end of the hook, I mentioned the promise I made to my mother. Sure the method might get twisted in the short term, but as long as your intentions are right I know you’ll find the righteous way out soon enough. You just gotta stick to the plan.

What are your thoughts on Ottawa’s music/hip hop scene, compared to other Canadian cities?

I think the scene is growing faster than it ever has before and we’ve never had as many artists as we do now so it’s great to see the evolution. Names like Night Lovell, City Fidelia and Maurice Moore have done a great job repping the city which has definitely allowed a lot of young artists to draw inspiration from. We’re getting there, I just think we need to collaborate a lot more as a collective and continue to raise the bar on the quality of music we produce. 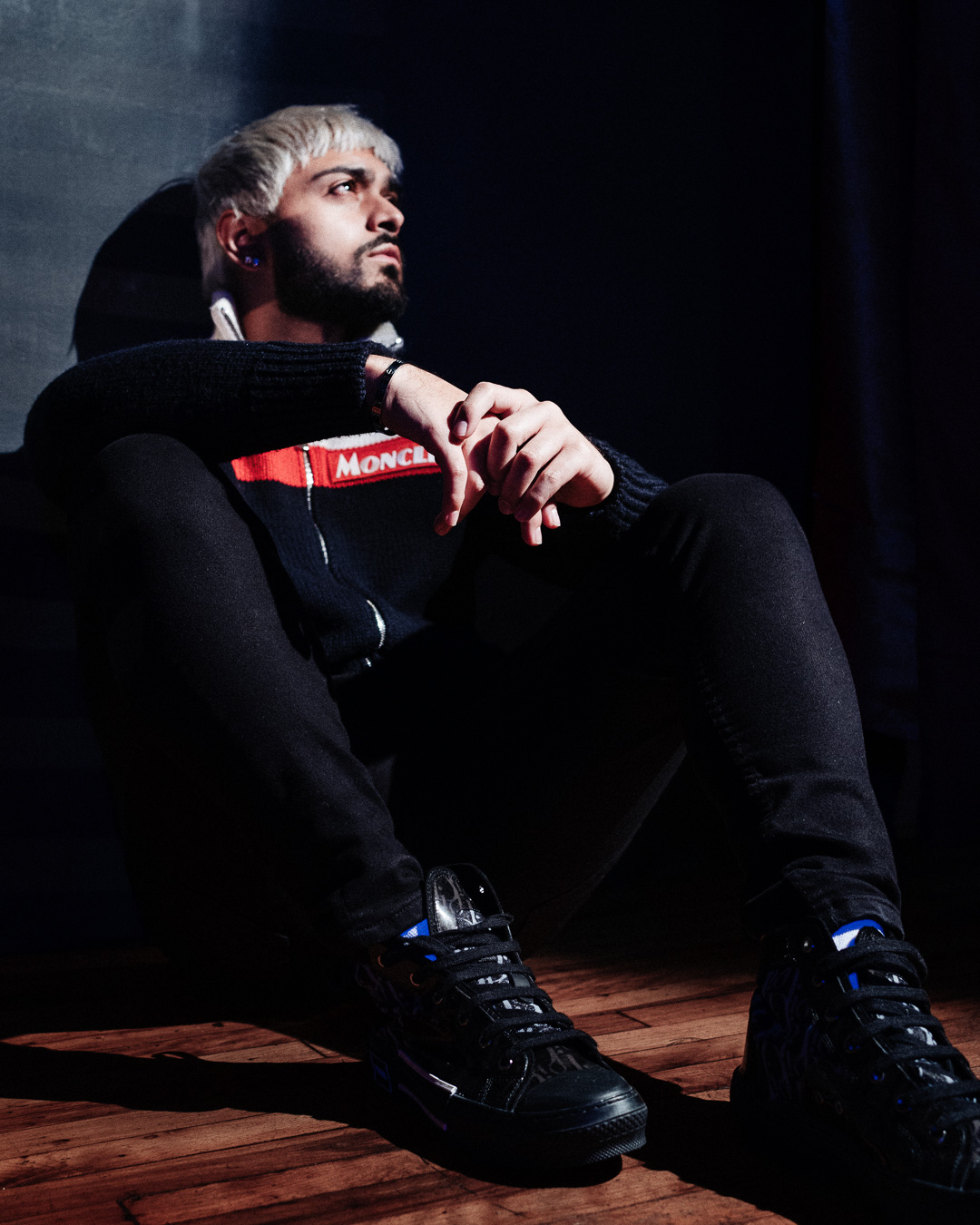 What is your best advice to anyone looking to follow in your footsteps?

Do not go gentle into that good night, Old age should burn and rave at close of day;
Rage, rage against the dying of the light. – Dylan Thomas. That’s one of my fav quotes which is pretty much.. don’t ever give up.. In a super dramatic, lit kinda way. That and to hold on to the spark that pushed you to do it in the first place, stay youthful.

I can’t say too much, but stay tuned…