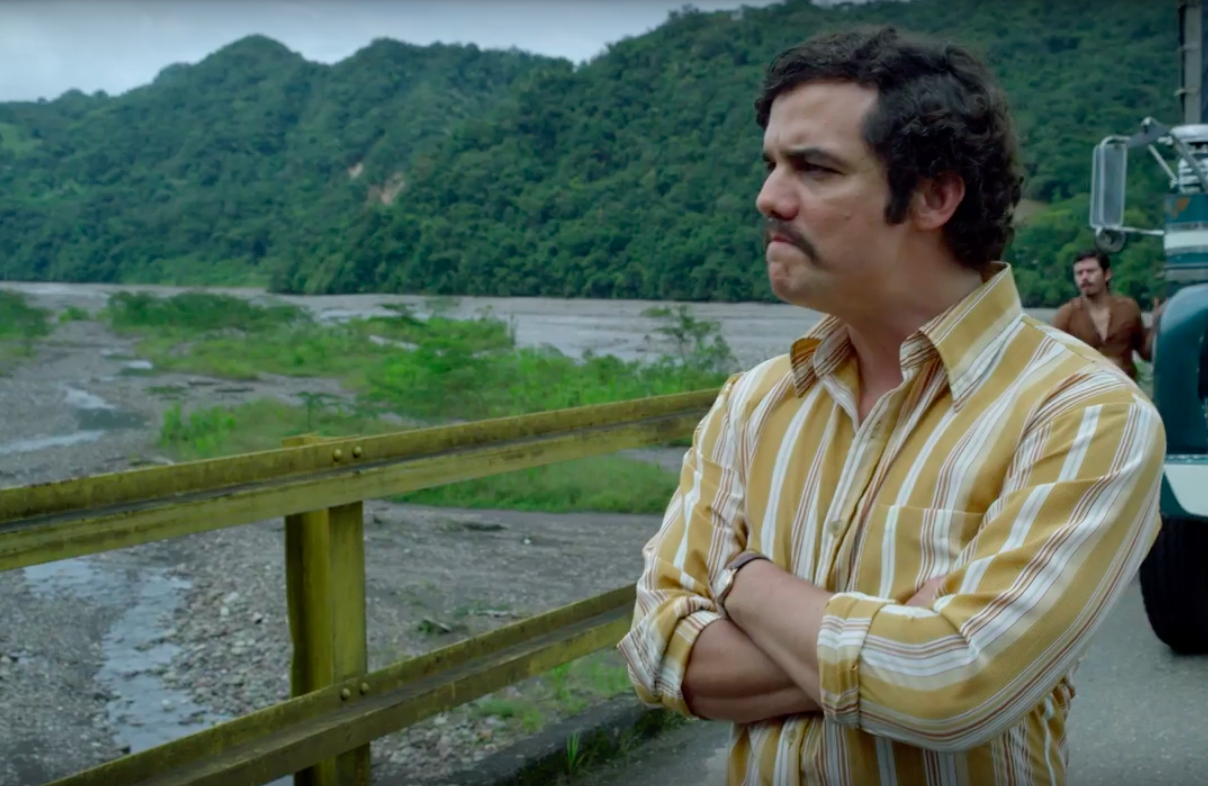 Welcome to the month of love! What does Netflix have planned for this time set aside for relationships, togetherness and love? Killer humanoid insects, murderous drug cartels and the slow unravelling of a woman’s mental health. Not quite something you would expect for such a magical time of year but there are still a lot of interesting new titles coming this month to keep you glued to the small screen. There will also be a few romantic favourites coming our way just in time for Valentines Day including P.S. I Love You, Nights in Rodanthe, Wedding Crashers, Gone With The Wind and Crazy, Stupid, Love. It’s safe to say that you and your significant other will get your fill of entertainment this month.

Cagaster of an Insect Cage

After the success of their previous animes including The Seven Deadly Sins, Castlevania and Kengan Ashura, Netflix is releasing their next anime, Cagaster of an Insect Cage. It’s been 30 years since a horrible disease was mysteriously released, turning people into carnivorous insects, and the world has turned into a horrifying apocalypse.  Based on the manga by Kachō Hashimoto, Mushikago no Cagaster, both the original story and the anime will follow the struggle of a young couple struggling to stay alive while fighting back their worst nightmares. Viewers who suffer from entomophobia should be cautious when attempting this series.

Do you have a weird horse girl in your class? Well, start being nice to her because she may have more going on than you think. When you hear of a film called “Horse Girl,” don’t you immediately think of cute, romance, comedy and with some shenanigans sprinkled on top. Not a mystery drama about a woman slowing becoming unravelled with her passions of crafts, horses and supernatural crime shows. Alison Brie (Community, GLOW) stars as, what critics are already coining as her best performance, the socially awkward Sarah who is experiencing weird, lucid dreams that are starting to affect her real world. Co-starring are Molly Shannon, Debby Ryan, John Ortiz and Paul Reiser. This could be a surprisingly complex film.

If you didn’t get your angsty-teens-with-superpowers fill with Titans, Netflix is has got you covered with their new upcoming TV series, Locke & Key. After their father is gruesomely murdered, three siblings (one played by Canadian actor Connor Jessup) move to their ancestral home to find that the residence actually has magical keys that grant them an array of powers and abilities. But, while it might seem fun and exciting at first, a nefarious demon is also looking to obtain the keys and will do anything to harness the power.

If it looks like this show will drip with supernatural horror, that’s because Joe Hill, the son of Stephen King, will be running the show. From his previous experience of horror, dark fantasy and science fiction, this could turn out to be a decent mix of Stranger Things and Danny Phantom.

To All the Boys: P.S. I Still Love You

It’s unclear what kind of contract Noah Centineo signed with Netflix, but it seems to really be working for him. After Sierra Burgess is a Loser and The Perfect Date, one of his more popular titles is getting a sequel, To All the Boys: P.S. I Still Love You. Spoilers from the first movie but Centineo’s Peter and Lara Jean (Lana Condor) fought through all the odds and officially became boyfriend and girlfriend… for real this time. Lara finds it hard to navigate through the major firsts including the kiss, first date and Valentine’s Day, she finds new confidants to help her navigate her complex emotions, including the unexpected Stormy (No, not that one).

However, things become more complicated when John Ambrose, another recipient of Lara Jean’s love letters, enters her life again. This move will challenge her with the real questions like, can a girl love two boys at once? This might end badly.

Catch him if you can. It’s been one heck of a game of cat and mouse between DEA agent Kiki Camarena and former Sinaloan police officer turned drug lord Felix Gallardo. What started as a straightforward investigation has devolved into the gruesome abduction, torture and murder of Camarena. The next season will follow Scoot McNairy’s DEA Agent Walt Breslin, who’s in charge of Operation Layenda, a task force who’s sole purpose is to bring the people responsible for Kiki’s death to justice – whether that dead or alive.

Will Felix continue to evade the Drug Enforcement Administration or will he finally get what’s coming to him?

On this year’s Pokemon Day, fans are going to be gifted with a special treat of a computer-animated remake of Pokemon: The First Movie. Team Rocket leader Giovanni wants to create the perfect living weapon and after experimenting with cloning the legendary Pokemon Mew, he creates Mewtwo. He accomplishes his goal but, after witnessing that he is nothing but science experiment that is inferior to the original, he develops a deep hatred for humanity and vows revenge.

He plans to eradicate the humans and any Pokemon that are loyal to them, using his own clones of different Pokemon. Ash and his friends find themselves caught right in the middle of this and have to find a way, and an unlikely ally, to help save humanity from extinction.

Gone with the Wind

The Adventures of Tintin

Bridget Jones: The Edge of Reason

The Land Before Time

A Shaun the Sheep Movie: Farmageddon

The Expanding Universe of Ashley Garcia

I Am Not Okay with This

All The Bright Places

Restaurants on the Edge