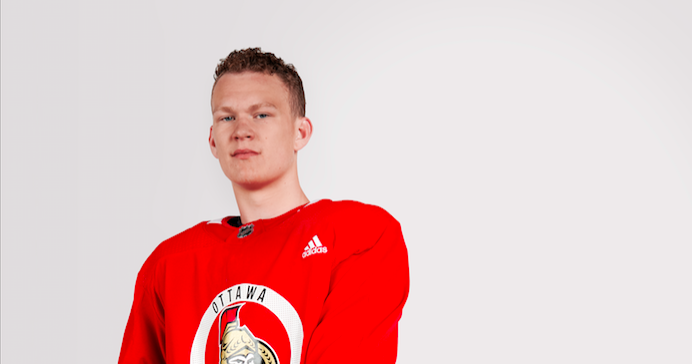 When the Ottawa Senators stepped up to the microphone to make the 4th overall selection at the 2018 NHL Entry Draft, they went with a household name. In fact, since 1991, the Tkachuk name has been well-known across the hockey world. First, it was Keith. The hard-nosed forward was also a first round pick, selected 19th overall by the Jets. He would go on to play 1200 games in the National Hockey League, tallying an incredible 538 goals and 1065 points during stops in Winnipeg, Phoenix, St. Louis and Atlanta.

Keith’s first son Matthew has already started to carve out a career of his own with the Calgary Flames. Selected thirteen spots higher than his Dad at 6th overall, Matthew Tkachuk has two pro seasons under his belt, scoring 37 goals and registering 97 pts in 144 games. And up until this summer, he had family bragging rights for highest draft selection. Brady went two spots higher than his brother Matthew and now he’ll continue the Tkachuk legacy with the Ottawa Senators. And by all accounts, that could start as early as the 2018/2019 season.

In August, Tkachuk made the difficult decision to leave Boston University, where he spent last season as a first year player with the Terriers. After a couple months of consideration, Tkachuk decided to turn pro and sign his entry-level deal with the Senators. And while a spot in the lineup certainly isn’t a guarantee, Tkachuk will be at training camp looking to make an impression. He’s done exactly that everywhere he’s played. Tkachuk is a throw-back player, in many ways. A power forward with a strong offensive game, Tkachuk also continues the family tradition of playing a physical style. He’s one of those “hate to play against him but love to have him on your team” types.

Through 40 NCAA games last year, he put up 8 goals and 31 points. And that’s as an 18 year old in a league traditionally dominated by much older players. And by all accounts, he got better as the year went along. Tkachuk’s talents were really on display at the World Juniors, where he was a force for Team USA. He finished that tournament with 3 goals and 9 points in 7 games, solidifying his standing as one of the top prospects in the 2018 Entry Draft. All the scouts agree that like his dad Keith and his brother Matthew, Brady Tkachuk is going to be an impact player in the NHL. That could happen as early as this season. And fittingly, he’ll do it wearing the same number seven that his dad wore throughout his NHL career.

We sat down with Brady to talk about growing up in the Tkachuk family, about his draft day experience and about his hockey career to this point. 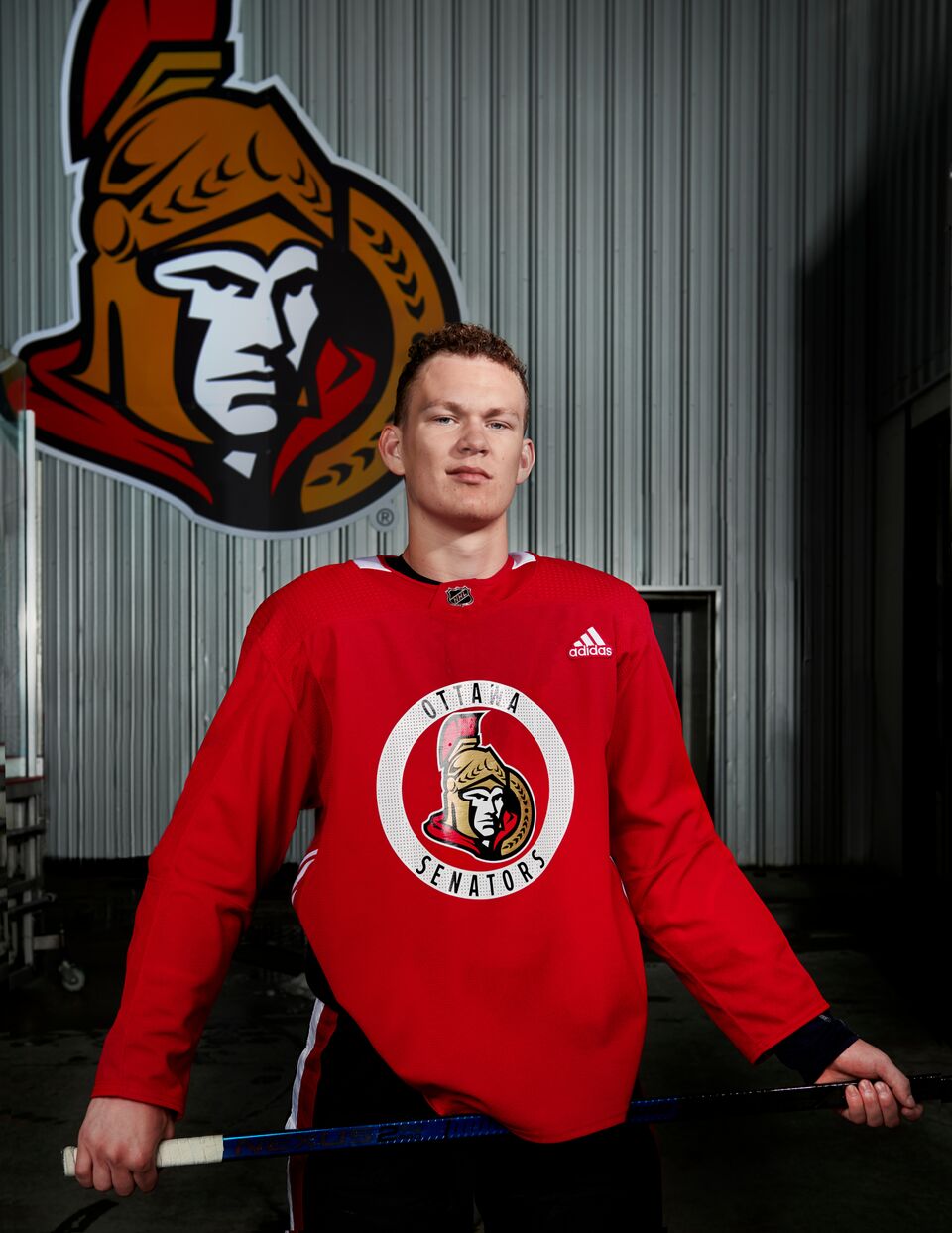 FACES MAGAZINE: What ran through your head at this year’s NHL Draft when you heard that the Ottawa Senators chose you for their first pick at 4th overall?

To hear my name get called, I mean, I knew right before they picked because my advisor, who is also my uncle, looked back at me right before, gave me a smile and winked. I knew right there. My heart was pounding but I was super stoked and it was such a whirlwind of a night and of a weekend.

Why do you think they picked you for their organization?

Well I know that one of the big things that they’ve been looking for is a character guy. Obviously, there has been a lot of bad publicity in the past month or so but, it’s a great organization and they want to pride themselves on being a high-character team, with a lot of guys who are good teammates and also have good skill. I felt that they liked what I had, I think I’m a complete package and can play any way, whether it’s the physical game, the skill game or the tough-to-play-against game.

Your father, Keith Tkachuk played nearly twenty years in the NHL and your older brother, Matthew, is heading into his third NHL year. With that in mind, how did you handle the pressure while following your family’s footsteps?

We’re doing what we love so I don’t feel any pressure in trying to match the career they had or are currently having. My dad had a great career, my brother’s off to a great start and I definitely feel like I can be at their level or exceed their level. Obviously, being the younger brother, I get to see more and learn from Matthew’s experience. He also gets to tell me about the things he has learned as well. I believe I’m in good shape right now and I’m just happy that I get to soak in my dad and brother’s advice.

What are some of your goals for the rest of 2018 and how are you working on improving them?

I’m just trying to focus on each day this summer, getting as strong as I can that day and doing as much as I can. I want to be in the best shape come September. I’m just going to take it day by day, enjoy all of the hard work I’m going to put in and I’m very excited to see the gains I make this summer.

During your freshman year at Boston University, you registered 31 points in 40 games during the 2017-2018 season. What was that whole experience like for you and what are some of the most valuable lessons you learned during that season?

Well, some people don’t think that those stats are very good. But as a freshman in university, and even being the second youngest in college, I feel like those are good numbers. Honestly, it’s a tough league we’re playing in. Playing against 25-year olds, I’ve learned how to use my brain more in battles with those bigger, stronger guys. I was getting used to winning battles back in the USHL and the USDP at a younger age. Playing against the older guys is a little bit of a challenge. But I felt like I adjusted well, and by the end of the season I was dominating games.

How would you describe your experience representing the United States at the 2018 world junior hockey championship? Was it something that flew by quickly for you?

Yeah it was definitely a quick couple of weeks. It’s a huge honour and it’s an awesome opportunity to represent your country. Something I’m proud of is being an American and at the end of the day, you’re wearing those colours because there are people overseas who are fighting for your freedom. To me, it’s representing them and their sacrifice that they’re making for their family and their own lives to keep us free and to have us live our best lives. 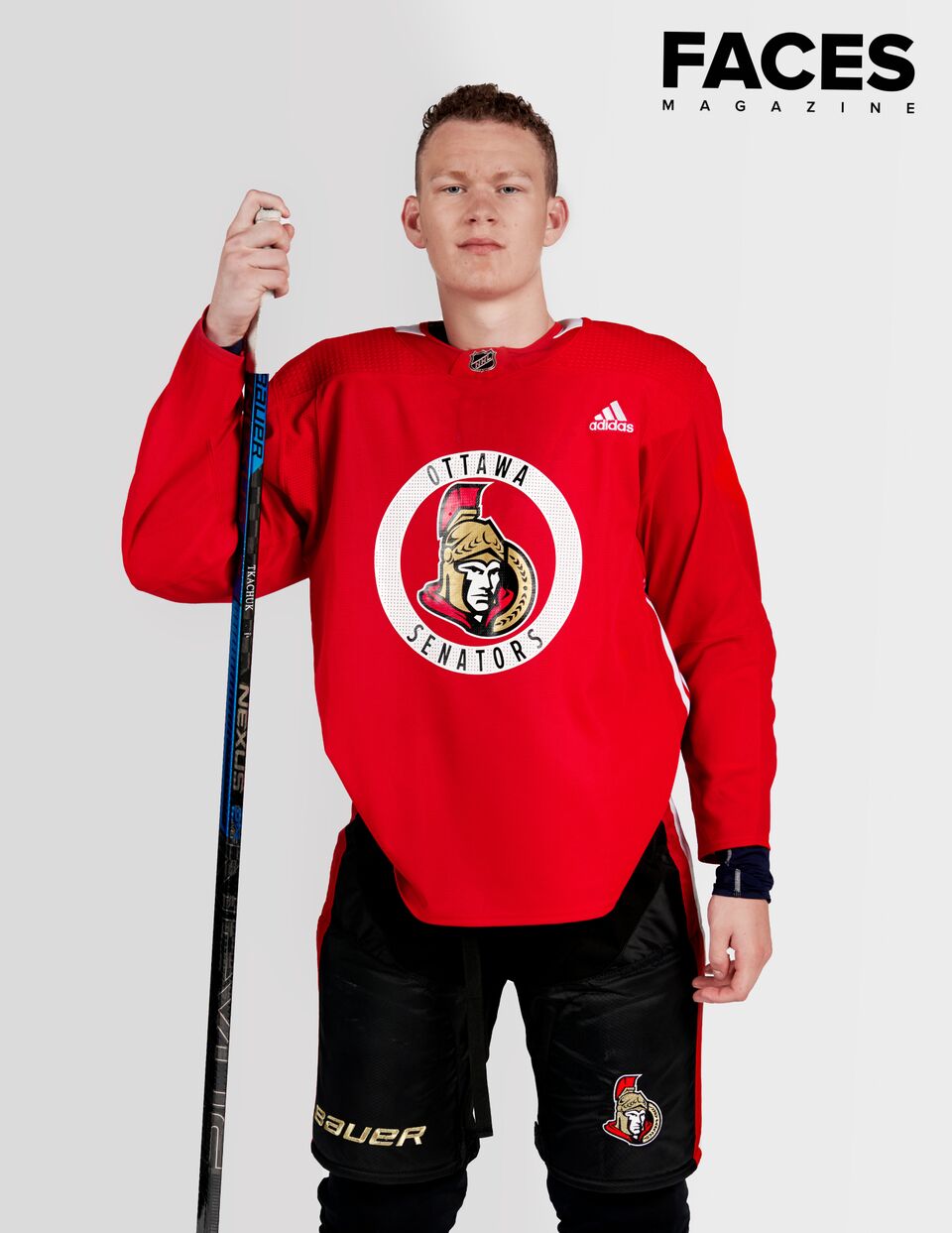 What made you choose to go the college route over OHL unlike your brother?

Both of them were the best spots that I could choose from, so at the end of the day, there was no bad decision. I don’t regret where I’m at with Boston University and I think a big thing for me is that I wanted to honour my commitment and be playing against men. I was playing against 25-year-olds, so it’s kind of a preview of what’s to come in the NHL. Obviously, there are players 25 years of age and older players as well, so you have to get used to it somehow. I felt like it was a tough start but I elevated my game throughout the year. I adjusted well and I felt like around Christmas time was when I started to play my best hockey.

What did you know about the Sens growing up?

I mean, obviously, players like Alfredsson, Heatley, Spezza, etc. They were some huge names for sure. I wouldn’t say I was closely-watching the Senators when I was younger. I was a Blues fan growing up and then Calgary for the past couple of years. I’m learning a lot more about the history and the culture. Right now, I’m just soaking up everything and trying to learn as much as I can.

Is there any active player you are trying to model your game after? If not, what player would you compare yourself to?

Yeah, there are some guys in the NHL that come to mind. My brother is first, I always try to compare myself with him. A player that I really want to be like is Jamie Benn. Obviously, he’s one of the best players in the league. He’s so gifted offensively but he cares about defence as much as offence. He’s one of the most complete players you’ll see in the NHL, so a big goal for me would be to play like him.