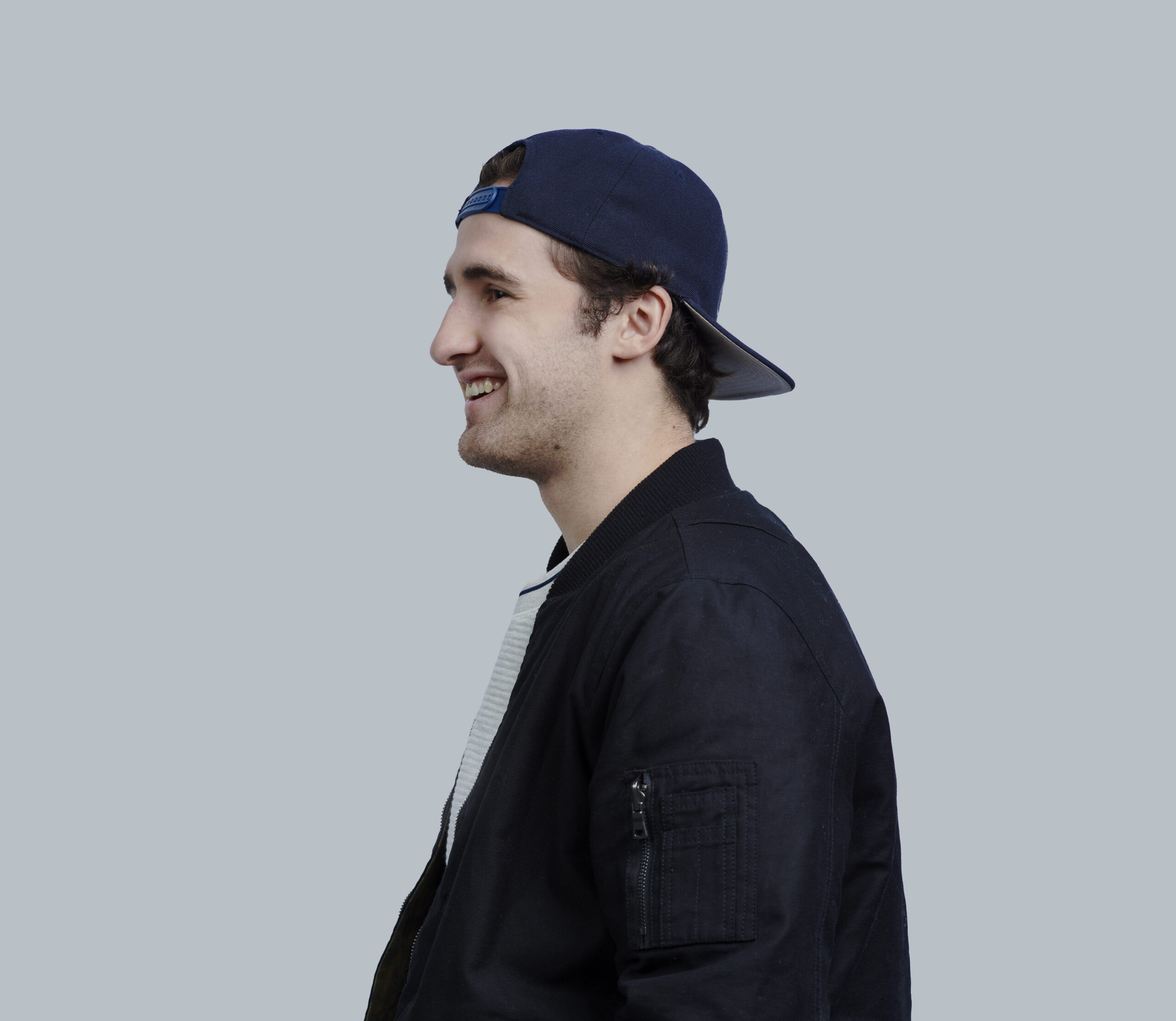 It’s 2:15pm and I’m waiting for Colin White in the CHEO cafeteria with the editor in chief and a photographer. Today is a special day. The Senators will be meeting with kids at CHEO to help spread some Christmas cheer. Colin White is kind enough to show up beforehand to answer a few questions about his life before meeting with the kids.

The first thing I notice about Colin (after his sweet kicks) is his comfortability. He’s just easy to talk with and happy to get into things. It’s the same way he plays the game. He just makes things look easy. Of course, answering questions is easier than playing in the NHL. But he’s good at both.

White is a young, talented player that makes up part of the youth contingent of the Sens roster. He was a first round pick in 2015 and touted as a top prospect. He’s only 21-years-old and will continue to grow into the role the team knows he can achieve. The team is using the tagline “Ottawa Rising”, and it’s clear White will be a part of that rise.

What was hockey life like growing up in Hanover, Massachusetts?

You stayed in state for both high school and college. How important was it for you to stay close to home? Was being closer to family a big part of your decision-making process?

It was huge. I went to prep school for a couple of years and my mom actually moved out there with me. We rented a house and another teammate of mine lived in the house together. It was pretty fun. My dad would come visit every weekend. From there I went to Boston College. My sister went there and I grew up watching their games, so it was pretty easy for me to choose that school too.

Putting on the sweater for your country is a huge honour. But scoring the game-winning goal in overtime at the gold medal game had to be incredible. Can you describe the emotions and experience?

It was exciting. We were back and forth all game. It was a nice play because all I had to do was tap it in. I was pretty lucky to do it. I called my grandfather first. It was such a great feeling. My grandfather just passed away recently. He meant a lot to me. He always followed me and supported me, and we were always close. I want to dedicate the rest of this NHL season to honour him. 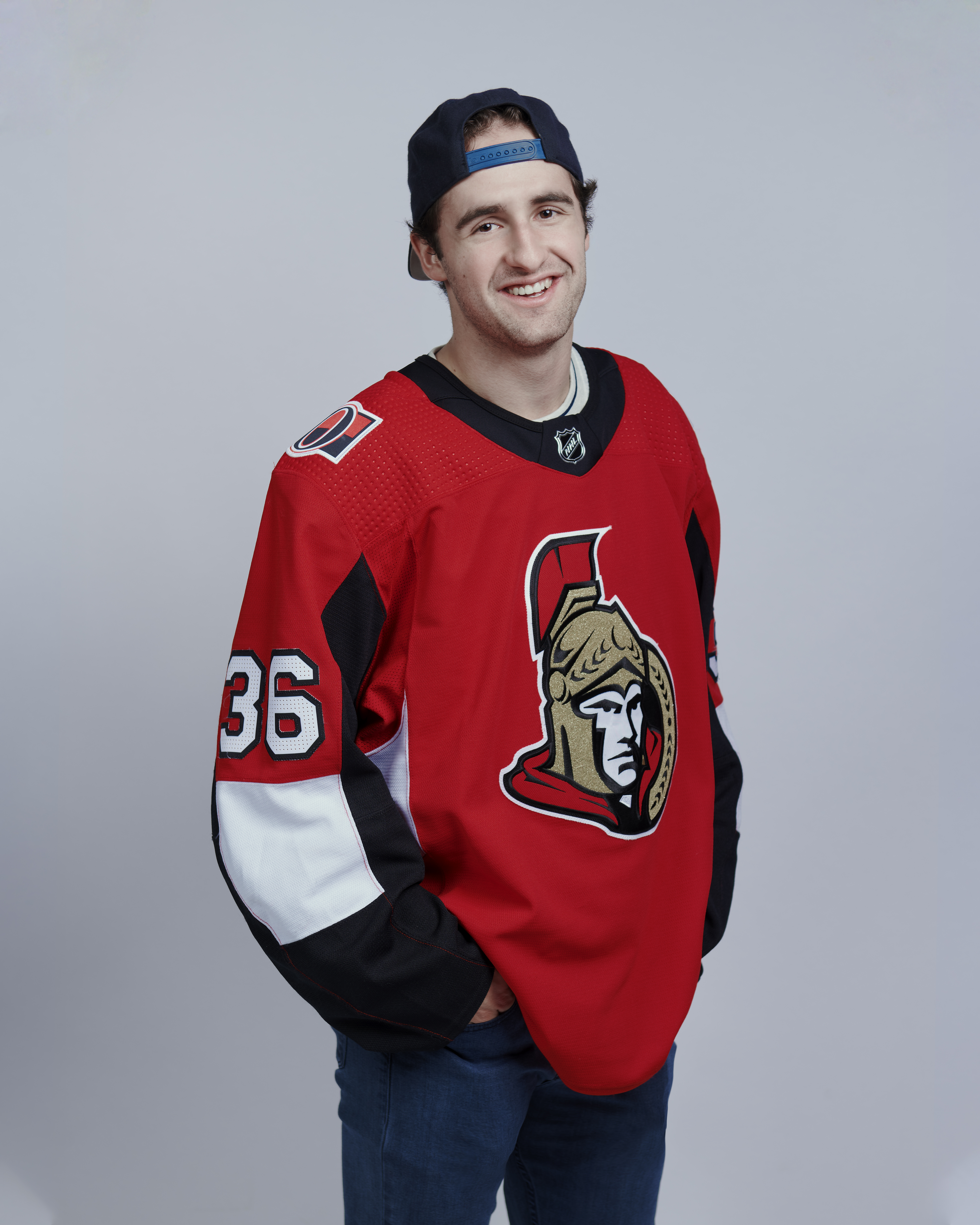 You are a first round draft pick selected 21st overall by the Sens in 2015. Did your family make the trip to Sunrise? Did you know it would be the Sens?

I knew the Sens were interested in me. I had visited Ottawa before. There were three of us who came in: Chabot, Merkley and myself. We made the trip up here together. We ran through some tests and they picked two of us, which was pretty cool. We had about 40 people come to Florida for draft day. My family was a part of that group.

Superstitions are a big thing in hockey. Some players put on their equipment a certain way or follow a game-day routine. Do you have any superstitions or follow any routines?

I do the exact same thing every game. The whole day has a routine, but here’s a shorter version. I walk in the locker room, put on my right shin pad and then my left, I don’t put my socks on yet. Then, I go grab tape, put my socks on, get dressed, put on clear tape. It’s the same thing every time. I even go to the bathroom at the exact same time on game days. It all started in college. I just started doing it, played well and kept doing it. Now it’s a routine.

You scored your first NHL goal against Kinkaid of the Devils. How special was it getting your first goal?

It was pretty exciting. It took long enough, but it was great (laughs). My family was there, but my phone blew up after. They were the first people I called right after. Everyone was so happy for me. I still have the puck.

Some of the guys on the team have some different hobbies. Smith is a woodworker, Duchene plays music, etc. What do you like to do with your downtime?

I’m a big Fortnite player. I’m part of that squad. Our best squad is me, Chabot, Tierney and Stone. We’re on our headphones and talking the whole time. I’m usually the one who gets yelled at. Tkachuk backed out and doesn’t play anymore. It’s a pretty limited squad and we try to put in a couple of hours a day. I got too many skins to have a favourite. I’ve put a lot of money in that game (laughs).

What’s one of the biggest obstacles you had to overcome to get to where you are today?

I’d say injuries. I’ve been injured quite a bit in the past. My draft year I was sick and out for 3 months. Last year I broke my wrist, which is tough. It’s tough to overcome injuries, but it’s helped me, especially mentality, to overcome the challenge. It’s got me where I am today.

Obviously coming from Massachusetts you’ve got some famous sports teams like the Boston Red Sox and New England Patriots. Are you a fan of either or both teams?

City of Champions? Yeah. I’m a fan of both teams. The only team I wasn’t a fan of was the Bruins. I followed the Penguins because my family is from Pittsburgh. They made me watch the Penguins, but I always watched the Patriots, Red Sox and Celtics.

What kind of New Year’s resolutions have you done in the past and did they stick? Any plans for 2019?

Not really. I haven’t done too much. I don’t really like to give too much up (laughs).

How would you plan the perfect Valentine’s Day?

Make sure she gets flowers first thing in the morning with a card. In the past I’ve done presents too. Then I would take her out to dinner and maybe a movie and hang out.

Speaking of holidays, it seems you’re a big Halloween/costume guy. How far in advance do you plan?

It’s usually just a week in advance. I’ve just lucked out the last few years with a couple of good ones. Usually a week before there are a few of us who get together and find something that works. This year our squad dressed up as Fortnite characters. 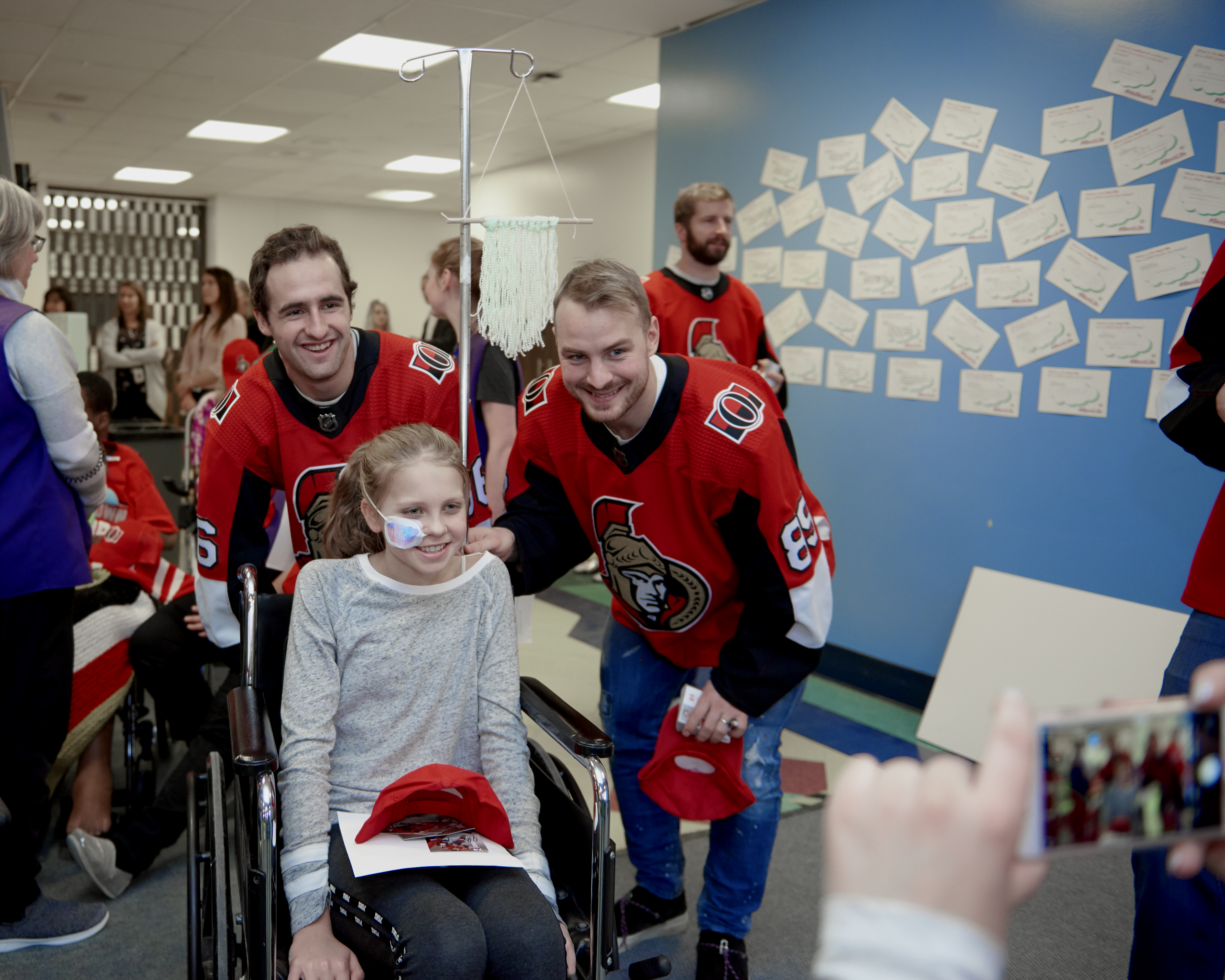 Obviously today is a special day with the kids at CHEO. What is the experience like for you?

It’s definitely a special day. Any time you can help out kids, especially those in need and going through a lot in life, is something special. Just being able to help put a smile on their face is incredible for me. Being able to do that as a hockey player is great. Some of the kids look up to us and watch our games all the time. To be a role model for them is special.

What is something most people would be surprised to learn about you?

I really love music. I love absolutely everything. It depends on my mood, but I listen to almost everything. If I had to pick a favourite band or singer, it would be Justin Bieber. I’m always listening to music. It’s always on at my house.