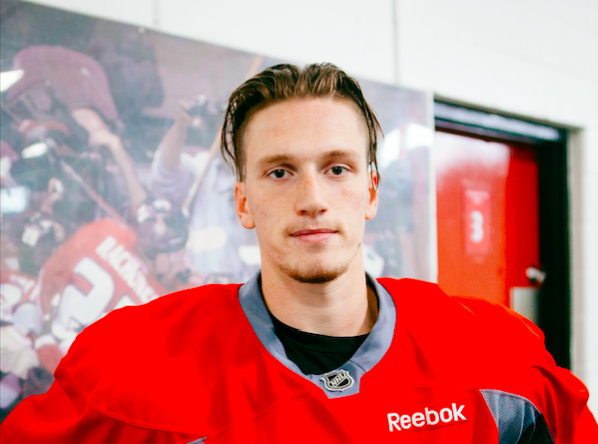 As any Senators fan would agree with, the Senators management team has done an excellent job of lining up some top prospects, especially when you think of defenseman Thomas Chabot:

“Here the Senators have a player that has completely dominated junior hockey over the last two seasons. In the 78 games Chabot has played since the Senators selected him in 2015, he has an incredible 90 points (21 goals and 69 assists).

He racked up another 44 points in 35 playoff games with Saint John.  He was one of the top players in the QMJHL last year, earning the award for top defenceman, personality of the year and QMJHL playoff MVP honours.

And yet for all the recognition he received during his dominance in the Q, it was his performance at the World Juniors that really turned heads.  Ten points in seven games and runaway winner of top defenceman honours. And if that’s not enough, he became the first defenceman in the history of the World Juniors to win Tournament MVP.” –Senschirp 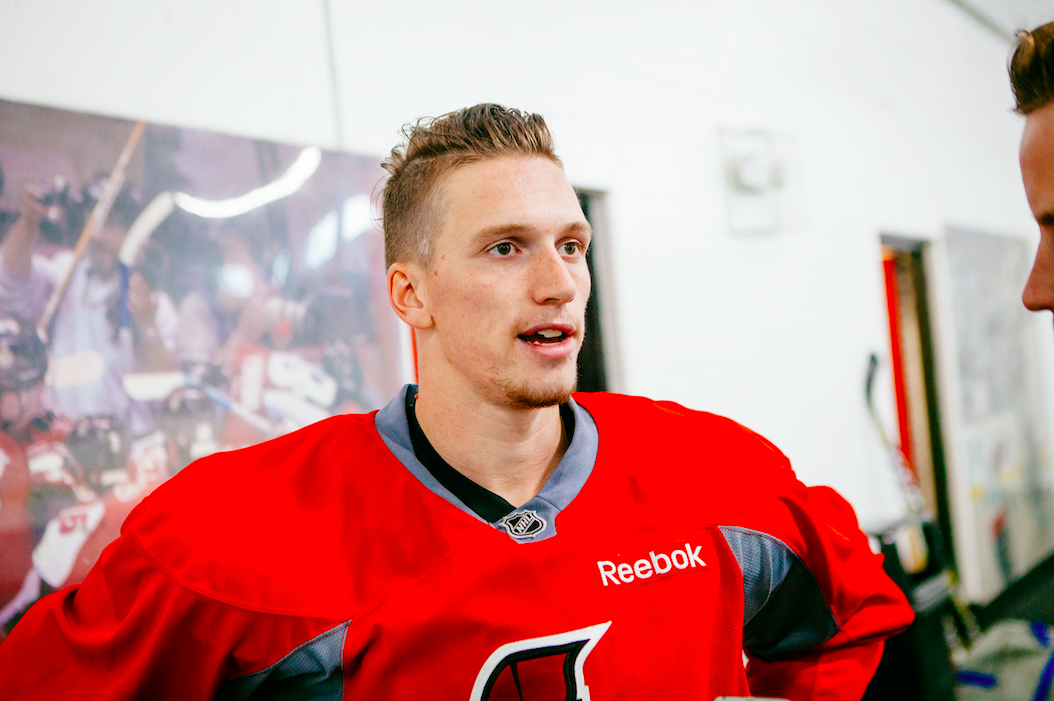 FM: What are some of your favourite memories from growing up in Sainte-Marie, Quebec, and how early did hockey come into your life?

Well obviously, growing up there was great. It’s a really small town, so there weren’t a lot of people around. My dad played hockey his entire life, maybe until he was about 45 years old. Then, his age kind of came into play; he started getting injuries and whatnot. My brother was 4 years older than me, and like any younger brother in life, you always want to be like your older brother. I was following in his footsteps. We were fortunate enough to have an outdoor rink that was about a thirty-second walk from our house. I started skating there at first and then it eventually became a passion for me.

FM: As a kid, who were some of your favourite NHL players to watch, and what about nowadays?

As a kid there’s always a few. Joe Sakic was one guy I loved, Al McGinnis too. When I was younger, I loved guys with hard slap-shots, so that’s why I started to like him. Nowadays, I’m just trying to watch as much NHL as I can. I am trying to keep learning by watching other players, like Erik Karlsson, Duncan Keith, etc. Some of the greatest hockey players in the world are playing today, so it’s great to learn from them.

FM: You’ve spent the majority of your junior years playing with the St. John Sea Dogs of the QMJHL. What was that experience like for you, and how did your time there improve your overall game and performance?

It improved my game a lot. My 16-year-old year was great. Since Paul Boutaneer came in to St. John to help the defenceman out, that’s when everything changed on and off the ice. I grew a lot as a person. Being from St. Marie, no one speaks English, so getting drafted in the QMJHL was huge for me, and it was a big step. Going there as a kid and coming out as a young man was a great experience for me. 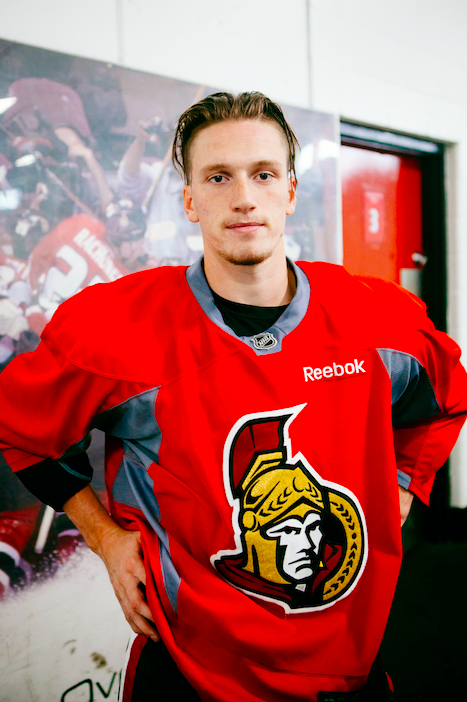 FM: Walk us through the 2015 NHL draft day. Selected by the Ottawa Senators in the 1st round, 18th overall. What sorts of emotions ran through your head after realizing you had become an Ottawa Senator, and what was your initial reaction?

Like anyone would tell you, draft day was unbelievable; it’s a dream come true. Ever since I was a young kid, I’ve always wanted to play hockey in the NHL one day. It really was a dream come true. Obviously, I want to help the Sens. I’m a good defenseman who can skate and move the puck well. Over the past few years, I’ve been working a lot on my defensive part of the game, which is important for the NHL. I’m going to continue giving it my all.

FM: What’s the best piece of advice you’ve been given in your career so far, and how did it inspire/affect you?

There’s some everywhere. Here in camp, we always get great pieces of advice from the speakers, from the coaches…from everyone really. My life has revolved around hockey ever since I was a little kid, and even after I played some of my worst games ever, my dad would always tell me to make sure that I keep having fun. It’s important to go out there and just have fun. In certain moments, you sometimes forget what’s important but at the end of the day, hockey is only a game and it’s important to have fun.

FM: What are you looking forward to most in the upcoming year? 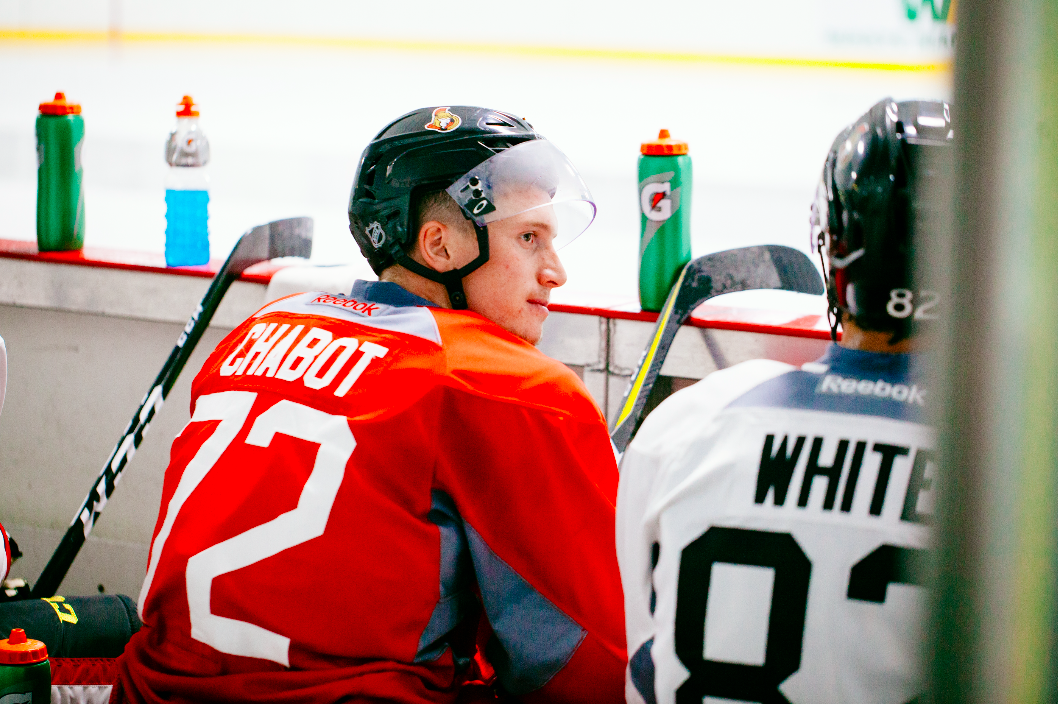