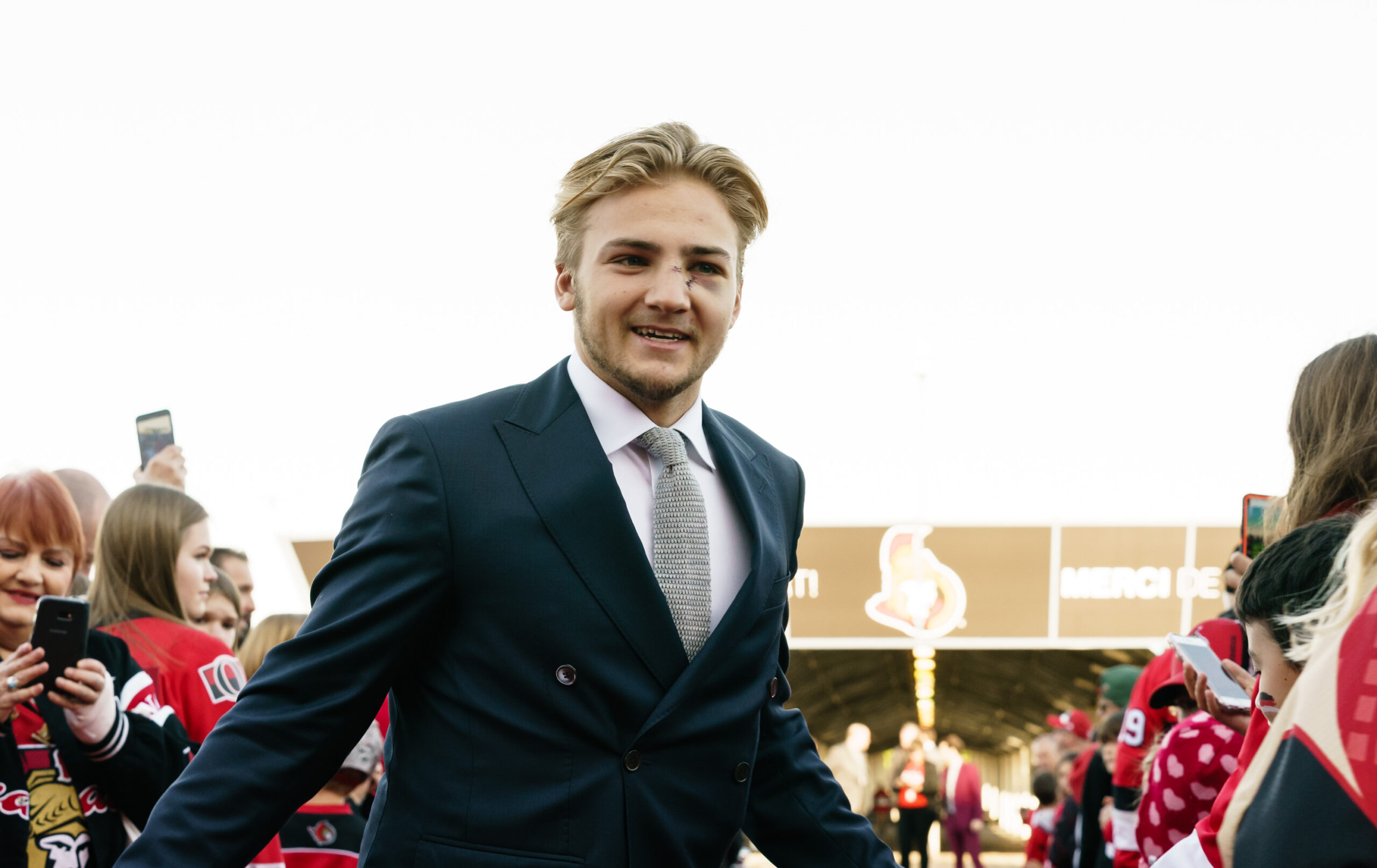 OTTAWA, ON - OCTOBER 5: Erik Brannstrom #26 of the Ottawa Senators arrives on the red carpet prior their NHL home opener against the New York Rangers at Canadian Tire Centre on October 5, 2019 in Ottawa, Ontario, Canada. (Photo by Jana Chytilova/Freestyle Photography/Getty Images)

There’s no sugar-coating it. The Ottawa Senators are off to a historically brutal start. Through their first 10 games, they have one opening night win followed by nine straight losses. They’ve garnered all of 3 points out of a possible 20.

This was supposed to be the start of unparalleled success, the year the club takes a big step forward in the rebuild. Even a baby step or two would have been welcomed. But, after finishing in the bottom two overall in the NHL in each of the past three seasons, they’ve somehow managed to actually get worse this year – at least in the early going. Only their sad-sack expansion entry in 1992-93 can compare. They finished that year with a smooth points percentage of .143%. This year, they check in at .150%

As alarmingly awful as all that is, it’s not the full reason the fan base is upset right now. They’re riled up for three other very specific reasons:

Most fans believe—if they’re going to lose anyway—it might as well be with young prospects in the lineup. They’d rather see the kids, developing on the job, making their mistakes and learning from them. There’s simply no interest in veteran band-aid solutions who won’t be here long term – not if they aren’t even helping short term.

And no one’s asking them to cram untested teenagers into the lineup. There’s no shortage of intriguing prospects in their early 20’s and, in the midst of a nine-game cavalcade of losing, none of them will face the pressure of having a tough act to follow.

Erik Brännström, Lassi Thomson, Logan Brown, Alex Formenton, Vitaly Abramov, Parker Kelly, Mark Kastelic and Egor Sokolov are all, to varying degrees, worth having a look at this season. At the moment, they’re all rusting away on Belleville’s roster—probably feeling like it’s repeatedly Groundhog Day—living in a practice-only state at Sensplex in Kanata, with no idea when the B-Sens AHL season will begin.

How is that good for development?

For a general manager, making these kinds of moves is never easy. Simply put, it’s an admission of error. The team you put out there for the first ten games was something other than what you projected. The evaluation was wrong. And, this just in: making accurate evaluations and projections are, by far, the biggest part of a general manager’s job.

But it still needs to be fixed. Make a mess, you eventually have to clean it up.

This week, the team finally opened their door to the idea of letting the kids help. They’ve called up defenceman Erik Brännström and, to make room on the roster, 35-year-old defenceman Braydon Coburn was placed on waivers. Coburn looked shaky defending a one-on-one Tuesday night in Edmonton, leading directly to a costly goal.

This may—or at least it should be—the first of several such moves, swapping out ineffective vets for high end prospects. Brown and Formenton should be in Ottawa soon. If goaltending doesn’t improve, Joey Daccord—the third man on their depth chart—will likely get a look soon as well.

Brännström will make his season debut in Montreal Thursday night to start a home-and-home series with the Montreal Canadiens. The Sens hope to close out a two-week road trip with at least one point to show for it. Trouble is, the Habs are the best team in the NHL right now.

More importantly, the Sens have reached an important conclusion this week: The first step in solving a problem is admitting you have one.