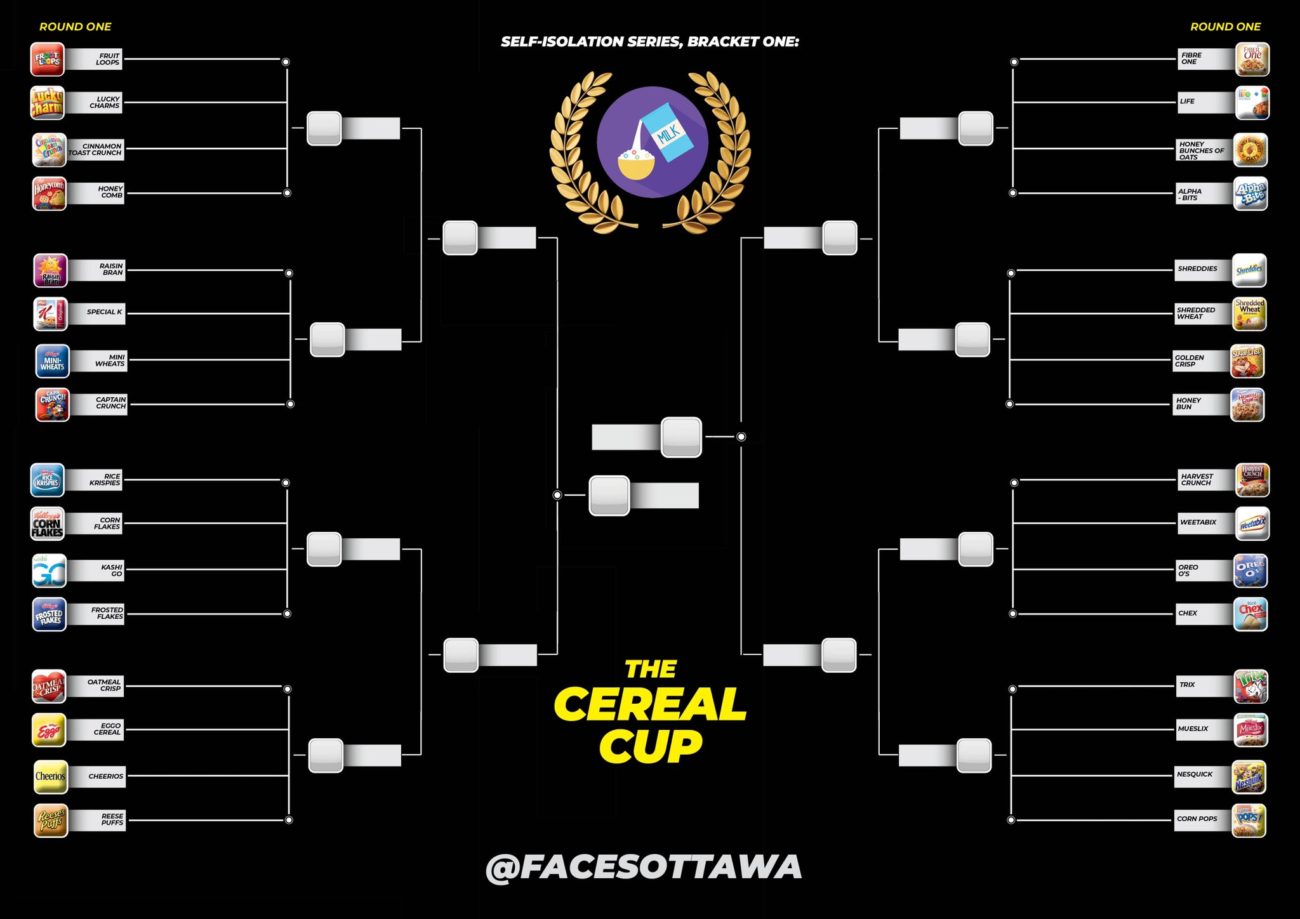 Bored already? Twitter is taking on the challenge of naming Ottawa’s top choice of cereal out of 32 boxes in a bracket tournament, part of our self-isolation series.

🏆 SELF-ISOLATION SERIES: we will be conducting a series of voting brackets to crown champs in a variety of fields… 1st bracket is breakfast cereals. Round 1 voting begins now – polls posted below – predict winner below in comments + can win 50 boxes of the winning cereal 🏆 pic.twitter.com/PZJUyfvcFF

Sports are cancelled, but tournaments remain. Whoever predicts the tournament’s bracket results will win 50 boxes of the winning cereal.

Group of death….the winner is coming out of this group pic.twitter.com/WqrsfQk2p6

The tournament starts today and each round will last 24 hours.

How Well Do You Know Your Workouts...