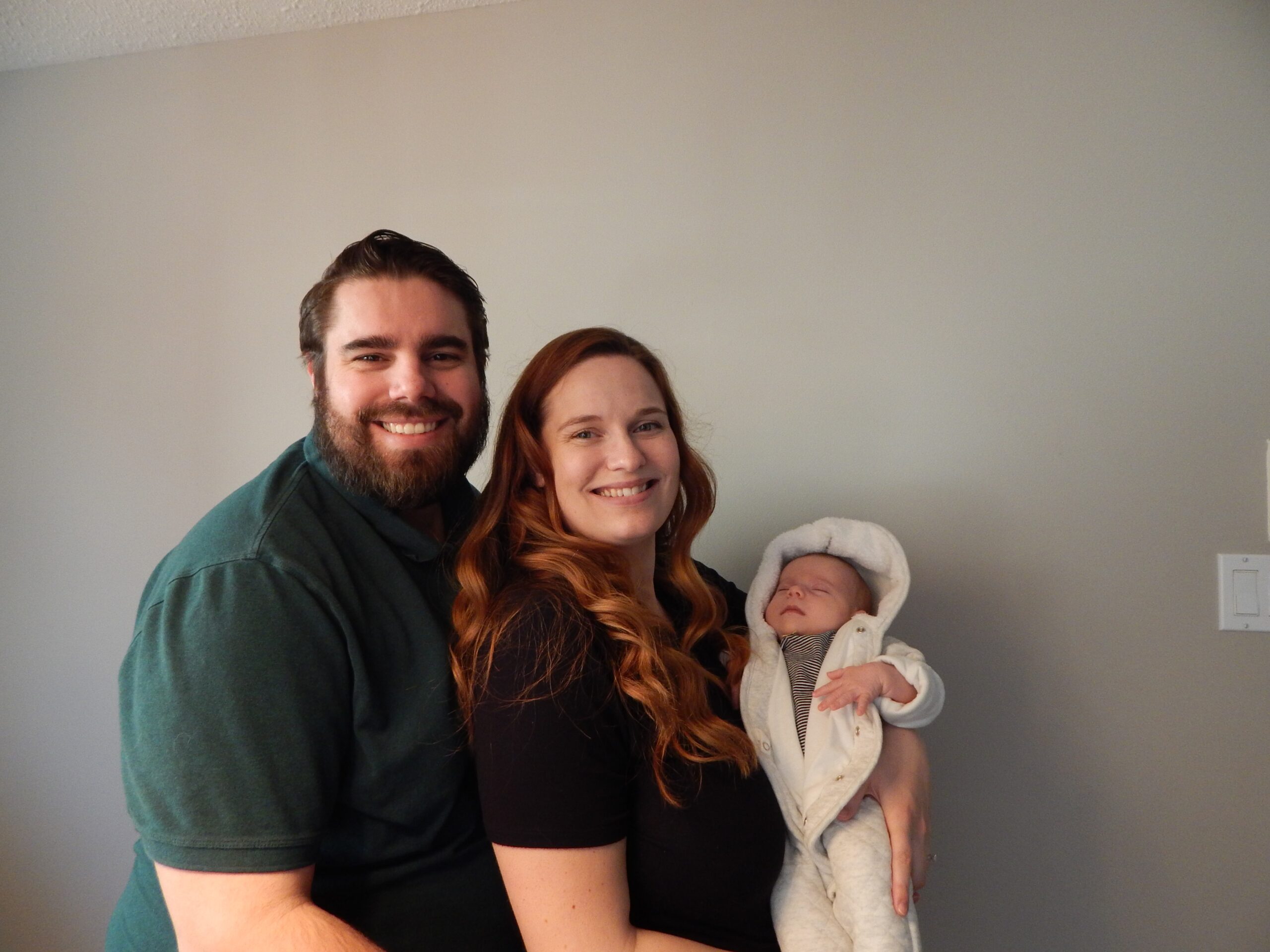 Excited at their computer, nervously looking at the progress bar posting photos of mugs engraved with “Mama Bear” and “Papa Bear” on their Facebook; they were finally ready to tell the world the good news. Carly McCooeye and Sylvain Desjardins’ family was about to grow by two little feet.

While their excitement was building, preparing for a baby is no easy feat as a lot needs to be checked off the to-do list. After painting the nursery, buying the equipment, and reading all the necessary learning material, the duo thought that they would be ready for anything when that day would come. Unfortunately, like the rest of Canada, they weren’t prepared for what was on the horizon.

The City of Ottawa is currently in the midst of something that we, as a society, have never experienced before in our lifetime. People are confined to their homes, living in fear of an ongoing pandemic and in the dark as to when things will lighten.

Carly McCooeye and Sylvain Desjardins knew that parenthood would be an intimidating challenge when they welcomed their beautiful daughter Zoé Desjardins into the world at 1:45 a.m. on March 9. However, unable to share the experience with their family, the family physician unavailable and just a few days before the city was put on lockdown… this was a challenge they never thought they would have to overcome.

“I would say that the activity of [COVID-19] was just on the peak, it was just on the rise,” said McCooeye. “Right towards the end of my pregnancy. We gave birth to her and then the next week, the state of emergency came into effect.”

“It was about fours days after she was born,” added Desjardins.

McCooeye works as a massage therapist at the Kneaded Touch Massage Therapy Clinic and, as a registered health professional, more precautions had to be taken during her pregnancy. Since her job required constant contact with people, a standard of disinfection had to be enforced.

“Trying to reduce risk of contamination in many forms,” she said. “Then being pregnant on top of that, I was hypervigilant. Not only in my workspace but also coming home, I was constantly washing my hands, sanitizing commonly touched items because I didn’t necessarily want to get ill while pregnant.”

But then the day finally came.

On March 8, McCooeye went into labour and, while they were excited to bring a member of their family into the world, that fear was still intact. People were already supposed to be practicing social distancing at two meters apart, so going to a building full of ill-stricken people would not instill a lot of confidence.

Luckily, Queensway Carleton Hospital was able to keep the couple calm, cool and collected throughout the entirety of the birthing process.

Sure, they had to embrace the outside world soon enough, but the hospital was able to keep the new parents’ minds on what was most important – their daughter.

Unfortunately, that’s not where the hardships ended for the couple.

For one, their family physician just happened to be travelling overseas, meaning he had to self-isolate during the birth, so they didn’t have anyone to look over their baby’s health. Luckily, Queensway Carleton Hospital was able to appoint a resident pediatrician.

“We still haven’t been able to see our physician since the baby was born,” said Desjardins.

“Yeah, it’s a new world,” added McCooeye. “It’s been phone consultations and you wouldn’t think that would happen with your doctor. Luckily, she’s been a very healthy baby, she’s eating well and gaining weight.”

The phone consultations haven’t been an easy experience; they had to get a little creative when explaining their daughter’s state to the doctor. “We had to MacGyver a way to weigh her because she’s too light to be on a scale,” said McCooeye. 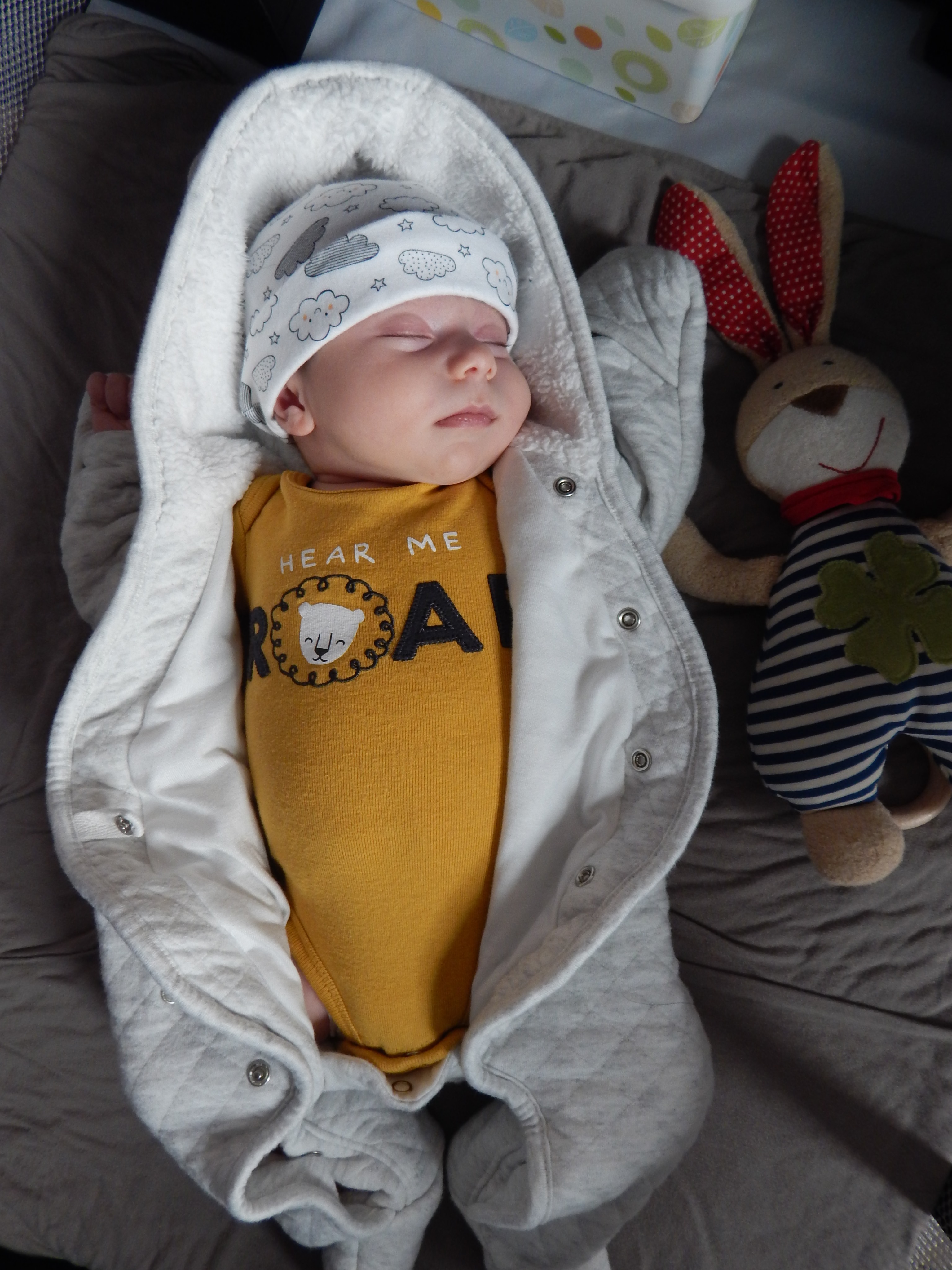 Their solution? To put her in a bucket and try to weigh her with a luggage scale. Not the most convenient alternative but, you must admit, they did what they could with the tools available.

Unfortunately, after their daughter was born, things did not get much easier. Simple tasks like going to the store were now more daunting.

“You got to plan everything,” said Desjardins. “Like when you’re running low on diapers, you don’t want to do 12 runs in a day, you want to do one visit and get it over and done with.”

When the line to get into the Barrhaven Costco wasn’t stretching out over a mile, McCooeye and Desjardins would have to sanitize every item that came into their house in order to keep themselves and their child at peak health.

“It’s just taking these extra steps which are time consuming and adding the baby on top of that, its…” said Desjardins. “Interesting,” intercepted McCooeye with a little giggle.

While it’s usually tradition to invite the whole family over to have a meet n’ greet with the newborn, the duo haven’t been able to share the experience with their loved ones.

“Family has been wanting to come by and visit, even if it’s only for five minutes or even at a social distance but they can’t and that’s very hard,” said Desjardins. “Yeah, you never thought that you would have to screen your family,” added McCooeye.

A lot of the time with new parents, they can usually lean on others for support like their own Mom and Dad but that hasn’t been possible with the extreme social distancing laws in effect. For the time being, they are completely on their own.

“Usually you have parent support coming over and sometimes alleviating a task, but we don’t have that option,” said Desjardins. However, that doesn’t mean their families can’t offer their support in an alternative way.

“I will say though, support comes in many different ways and forms,” said McCooeye. “Friends [and family] that just get what it’s like to be with a newborn. Like, they’re at the store and they ask, ‘What do you need, and we’ll drop it off at your porch.’”

The act of quarantining can easily take a toll on their mental health. One can only watch so much Netflix and Disney Plus before starting to go a little stir-crazy. Luckily for Desjardins, his work at Bell Canada Contact Centre was deemed essential by the Ford government. In between working his 3 p.m. to 11 p.m. shift, he’s still able to do his part around the house including shopping and cooking.

McCooeye, on the other hand, is currently on maternity leave (not to mention her workplace was not deemed essential in the state of emergency), so the isolation has been weighing a bit more on her. She must cope by keeping herself busy during the day with different activities.

“It’s more about building a routine around her to make sure she’s thriving,” she said. “I know how important mental health can be and being in a very isolated situation can be challenging, so I try to get out and get some fresh air everyday. I have a list of exercises I try to get through everyday, it’s not always happening but I’m just trying not to couch through the whole day.”

And that’s really how all of us are attempting to make it through this tough time; keeping active and staying on a routine that will stop us from spiralling. It’s okay to admit that you’re having a tough time through all this because, while all the news outlets are saying that we just need to stay home, it’s not as easy as they might think.

Waiting in a confined space, not able to work and left in the dark on how long this will last can be a little scary, so you must find your routine, and keep in mind that this will not last forever.

“To everyone that’s cooped up, just stay strong,” said McCooeye. “Reach out to your loved ones, do what you can, and it will help. Every little bit helps.”